On the day of his funeral, thousands of silent mourners crowded the sidewalks and packed the church in St. Joseph, Missouri.

It was one of the biggest funerals the town had ever witnessed, the casket buried in an avalanche of flowers and floral sprays.

“One of the most brilliant characters the race has produced in this western country.”

The Ebenezer African Methodist Episcopal Church choir sang, and a host of guests traveled south from Omaha, where Ricketts had moved as a young man, attending medical school and setting up practice in the growing Midwestern town.

“Dr. M.O. Ricketts has been here and has won a reputation of being a very careful physician as well as an exceedingly likable young man,” wrote Elia Peattie, a journalist of the day.

The careful physician ran for a seat in the Nebraska Legislature in 1892 and again in 1894, winning both contests.

And the Chicago Tribune took note: “The doctor is a brilliant, intelligent looking gentleman and his conversation is the smoothest in the house. He enjoys the distinction of being the only colored man that ever held a seat in the Nebraska Legislature.”

On the heels of his first election, a grand banquet was held at the Odd Fellows Hall at 10th and O streets with toasts to the progress of the African race and a short address by the new lawmaker.

When he ran for a second term, the Omaha Bee declared: “His election would be a compliment to the colored people, for he has ability and integrity to do them credit and faithfully care for their best interests.”

Ricketts married. He and Alice had two daughters and a son; only their oldest, Helen, would survive past infancy.

He was president of the state’s Afro-League. A member of the Nebraska Medical Society. He helped create Omaha’s Negro Fire Department.

He was in demand as a speaker, known for his passion and persuasion.

Ricketts was born in a one-room, dirt-floor cabin in Kentucky, the son of slaves, said Suzanne Lehr, a volunteer researcher at Mt. Mora Cemetery where Ricketts is buried.

His family eventually moved to Missouri, where his father was a minister and the son graduated from Sumner School, a public high school in Boonville.

"Opportunities that would have once been forbidden opened to him," Lehr said. "He was so proud to go to that school."

Ricketts later graduated from college at the Lincoln Institute, an all-black university.

After teaching school for three years, Ricketts arrived in Omaha in 1880 wearing his only suit, “which had one dime in its pocket,” wrote Donna Mays Polk in her 1982 book, “Black Men and Women of Nebraska.”

He worked as a janitor to pay his tuition at the Omaha Medical College and became a leader in the House of Representatives in the days when Nebraska had a two-chamber legislature.

He led the charge to legalize interracial marriage, and the bill passed but was vetoed by Gov. Silas Holcomb. (“The governor based his action on the absence of public demand for this change,” wrote the Kansas City Gazette.)

Ricketts persevered, championing a bill requiring that all persons in the state be entitled to the “full and equal enjoyment of the accommodations, advantages, facilities and privileges of inns, public conveyances, barber shops and other places of amusement.”

“Dr. Ricketts was the best pleased member on the floor when the bill passed,” wrote the Lincoln Evening Call, “and is certainly entitled to credit among his constituents for his good work.”

Another bill introduced by Ricketts amended the Civil Rights Bill of 1885, changing the word “citizen” to “person.”

He served on legislative committees and as temporary chair of the body, a first and only for an African American legislator.

He made the news in March 1896, when he took the stage of Lincoln’s Funke Opera House for the meeting of the Seventh Ward Republicans — a rally in support of John M. Thurston, the party’s nominee for the U.S. Senate.

“Dr. M.O. Ricketts, the famous colored orator from Omaha will also be on hand and tell why he is a republican and a few other things,” wrote the Lincoln Evening Call.

The promising politician’s Nebraska story ended shortly after the turn of the century, when he was turned down for a federal appointment and returned to St. Joseph, Missouri.

There he set up his practice on Edmond Street and rose in the ranks of the Freemasons. He continued to campaign for politicians he favored and wrote of his travels to Texas with his fellow Masons: “We saw evidence of Jim Crow cars in the street railway service ... no negro business enterprise ... the outlook is anything but cheering. One of our great troubles is a lack of the pioneer spirit among the better class of negroes.”

Ricketts was 59 when he died, stricken by a “painful illness,” according to that Kansas City Sun story in January 1917.

“In the death of Dr. Matthew O. Ricketts, the West loses one of its most conspicuous and persistent race advocates,” the paper wrote. “Even from a boy he possessed a brilliant personality and congenial nature …”

Over time, he was largely forgotten.

But more than a hundred years after his death, a resolution passed in the Nebraska Legislature declaring April 3, 2019, as Dr. Matthew Oliver Ricketts Day in the state.

The resolution — introduced by Sen. Mike McDonnell of Omaha — noted his many accomplishments and urged “all Nebraskans to study civil rights and the lives of other Nebraskans who excelled and contributed to their communities despite hardships.”

In the 124 years since the service of Dr. M.O. Ricketts, 12 African Americans have served in the Nebraska Legislature; the longest tenure belonging to Ernie Chambers, occupation: Defender of the Downtrodden.

When Polk wrote her book in 1982, she took note of Chambers and the glaring absence of other black lawmakers in the decades since Ricketts.

“Over the years there hasn’t been much progress.”

Cindy Lange-Kubick: 'He’s defying stereotypes each and every time he interacts with people' 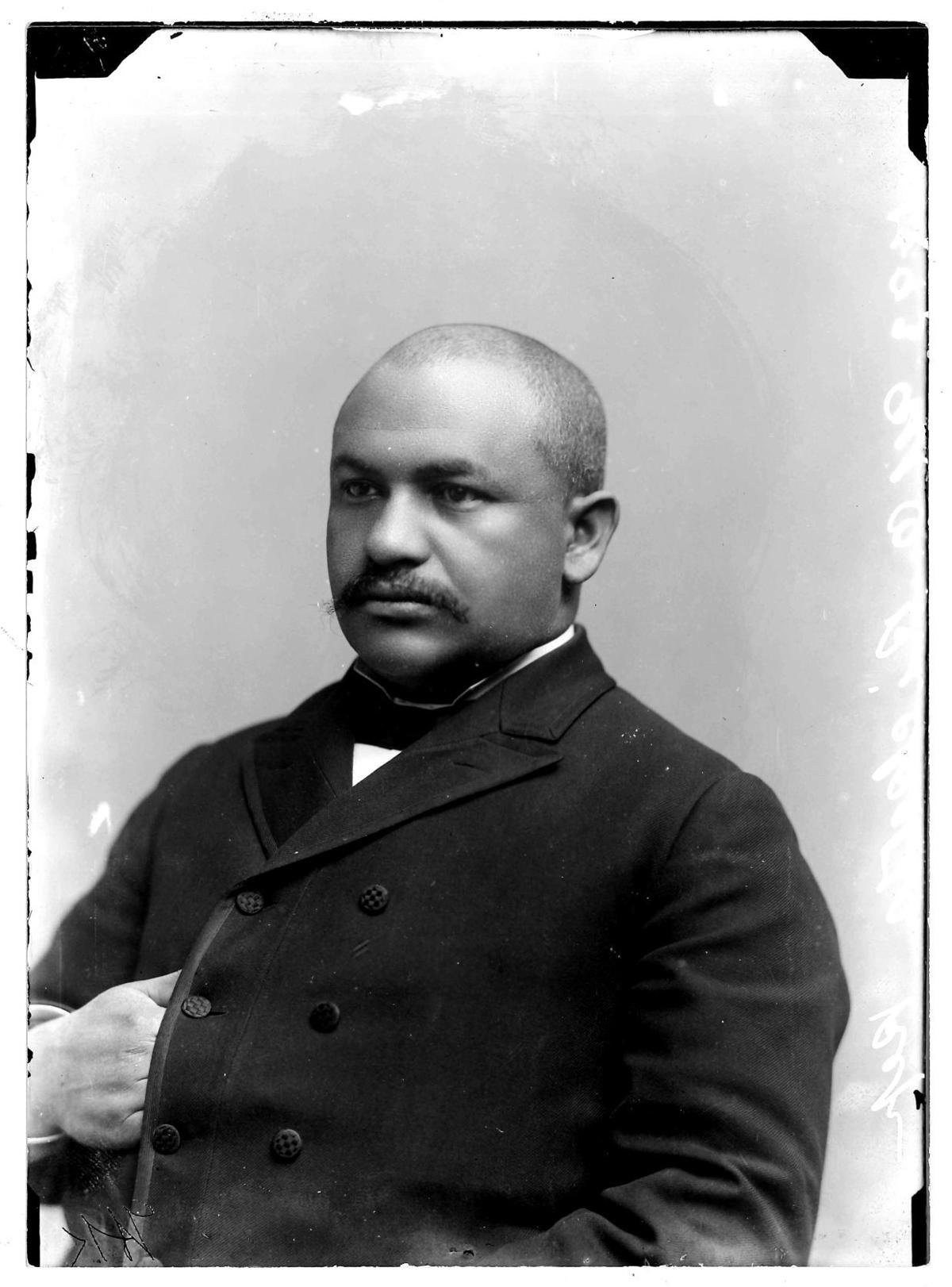 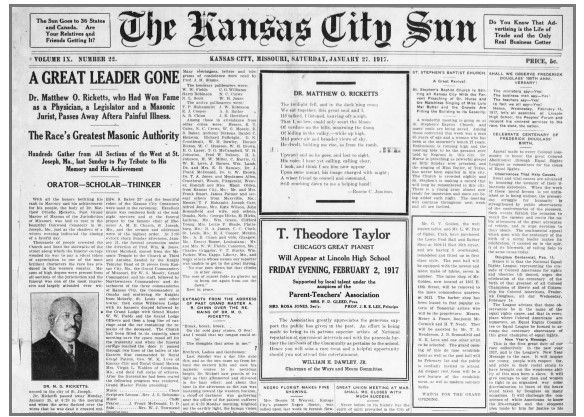 “A GREAT LEADER GONE,” declared the headline in the Kansas City Sun on Jan. 27, 1917, when it wrote about the death of Dr. Matthew Oliver Ricketts.