I've interviewed thousands of people during my years at the Journal Star.

I met Noah when he was 14, a lover of game shows, weather forecasts and color-coding his school assignments.

He'd already won the city spelling bee, received statewide honors on the SAT, was running his own wake-up service (he also offered a free daily weather forecast to family and teachers) and had applied -- and been turned down -- for a job as an 8-year-old proofreader at the paper in Fort Dodge, Iowa, where his family lived before coming to Lincoln.

Noah has Asperger's syndrome, a form of autism.

That was the reason for a column about him in 2001 -- "Nothing about Noah is average" -- letting the world know about the syndrome and all the ways being different can be a blessing.

"To us, it's not a negative," Cindi Weiss said then. "What's normal, anyway?"

I'm not a big fan of normal myself.

Which is why I love Noah. (And his family.)

And why I was happy to meet him for tea Wednesday morning, finding him looking a lot like the old Noah, but with facial hair.

He'd called me to "rendezvous" during a visit home from Northwestern University, where he is a Ph.D. student in applied mathematics.

Noah explained his research this way: "How the strength of materials can be theoretically described using partial differential equations."

To which I replied: Really?

To which Noah answered: "Among most of the people I talk to about it, only my dad partially understands it." (Noah's way of saying: Don't feel bad.)

Me listening, Noah talking in his unvaried, perfectly articulated and often witty monotone about his life in Evanston, Illinois. Living in graduate student housing, getting around on his bike and on the El. Keeping busy with studying and Hillel, a social and spiritual group for Jewish students, as well as being a member of an improv group and the student bridge club. (Noah rocks bridge.)

And, of course, serving as the Wildcats' biggest fan.

After middle school, Noah gained some notoriety in Lincoln for his exuberant love of sports. He became a stalwart at Lincoln Southeast games, wearing a cape to cheer on his team.

At UNL, he took his fandom a step further after his grandfather gave him a red hard hat. "Not long after, I became known as the 'hard hat guy' or the 'maniacal hard hat dancer.'"

In fact, Noah is heading back to school a few days early to catch a men's basketball game, where he will wear his purple and white Northwestern hard hat.

And he's happy to talk about Asperger's.

When he was 14, chatty Noah became unusually quiet when talk turned to the syndrome that made him who he is.

On Wednesday, he brings it up.

"When I started going to LSE and got really behind the team, that was one of the big things that helped me break out of my Asperger's shell."

Being a sports fan allowed him to be part of a peer group. Since then, he's been OK explaining Asperger's if he needs to when he meets new people.

Or: "I might obsess on one aspect of the conversation."

Cindy Lange-Kubick: Honoring the war dead from a curve in a Nebraska highway, Nov. 11, 2012

Cindy Lange-Kubick: Thanksgiving is about what you have, which is everything, Nov. 22, 2012

Or: "Sometimes it might look like I have difficulty in social situations with various mannerisms, but I'm perfectly comfortable."

Then he pulls out the reporter's notebook I gave him in 2001.

"I seem to have a lot of sentimentality for my hard copies of memories."

We finish our tea, put on our coats and Noah wraps a purple and white and red scarf around his neck -- showing off his loyalty to his two teams.

Out in the cold we say goodbye. Eleven years ago, Noah wasn't much for physical contact.

"I never used to be, but I've become a hugger."

Postscript: in 2015, Noah earned his doctorate and moved to Wisconsin to teach college math. He met Samantha Buettner at the Temple Shalom synagogue in Eau Claire in October 2018, and they fell in love. The couple live in Lincoln with their three bunnies -- Thunder, Storm and Lightning, a nod to Noah's lifelong interest in weather.

Samantha works for the Lancaster County Court's probate division, and Noah commutes to Beatrice to teach math at Southeast Community College. The couple plan to marry in February, and Noah remains one of my favorite people of all time.

Cindy Lange-Kubick counts down her final summer at the Journal Star with one column from each of her 25 years on the Lincoln Life beat with a postscript from the present. Today's column is from 2012. Go to JournalStar.com for others from that year.

LPS calls off school for next three Fridays amid staffing crisis

Classes will be out Jan. 21, Jan. 28 and Feb. 4 so teachers can work on lesson plans and help catch up quarantined students who've missed instruction.

Officer Erin Spilker's civil suit against the city includes more than 30 pages of detailed allegations, ranging from LPD's handling of alleged sex assaults by male officers to inappropriate discipline focused on women who have come forward.

Deputy County Attorney Matt Mellor said Travis Warnsing had been only out of prison for a little more than a month for sexually assaulting a child when he got caught trying to meet an underage girl for sex.

Authorities responded after the woman called authorities and said "someone needed to check if her heart was beating." First responders found a 5-year-old girl with blood on her clothes and face, according to the sheriff's office.

As omicron surges, here's how one Lincoln school hopes to get ahead of the curve

On Thursday, Lincoln Pius X High School announced it will institute a half-day schedule through Jan. 21 as the highly transmissible omicron variant spreads through the community.

Witnesses told police the teen drove his red Ford Escort through the restaurant's drive-thru, shouting and yelling at his 15-year-old ex-girlfriend, before entering the business where she worked.

At about 2 a.m. Friday, a fight at a residence in the 1700 block of N. 26th St. resulted in the victim suffering a broken orbital bone, LPD Capt. Duane Winkler said.

45-year-old Michael McClintock of Pawnee City was killed in the crash. Two others are in critical condition.

"He’d always sit on the porch and holler racial slurs, all the time, towards me, towards the neighbors, even towards people walking down the street,” one of the vicitms testified at trial.

A black sedan traveling at a high rate of speed struck an SUV, then collided into a Mexican restaurant, before the 16-year-old and an occupant fled the scene, according to police. 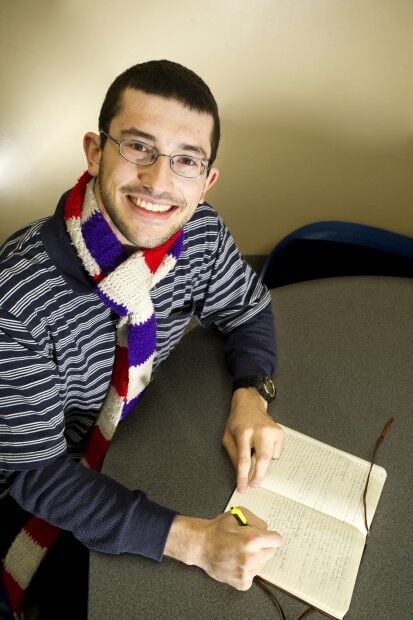 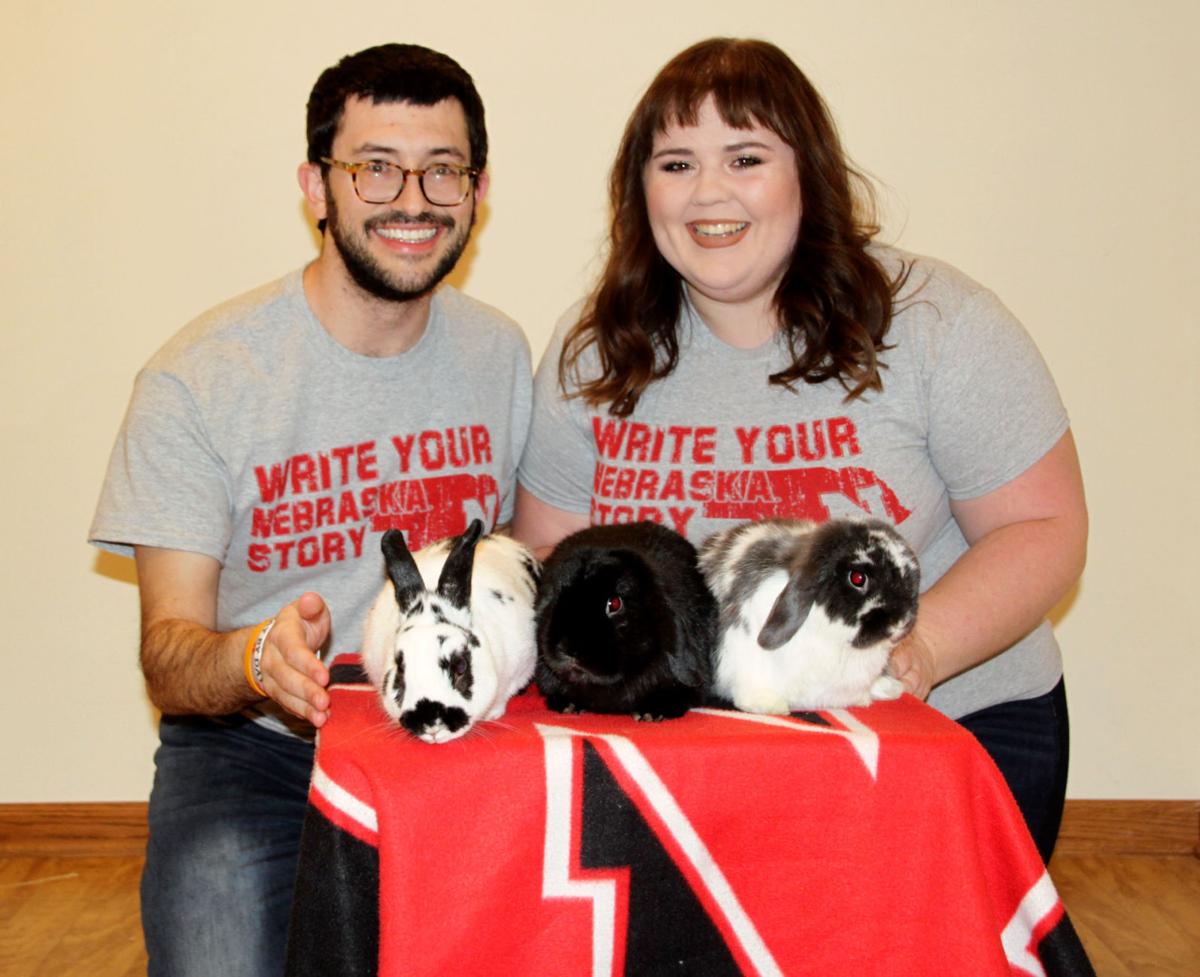 Noah Weiss and Samantha Buettner live in Lincoln with their three bunnies -- Thunder, Storm and Lightning. 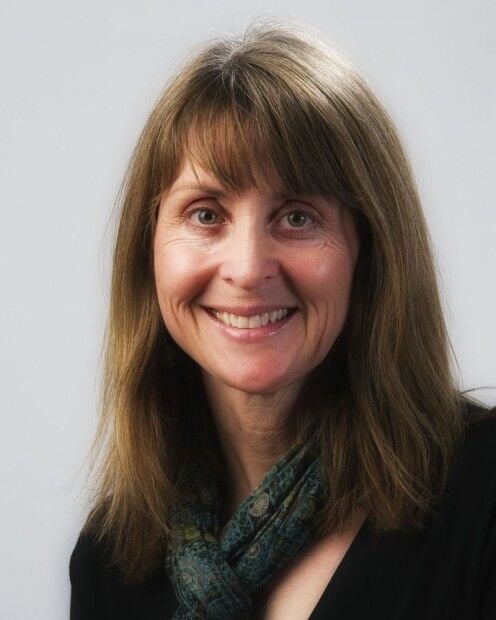