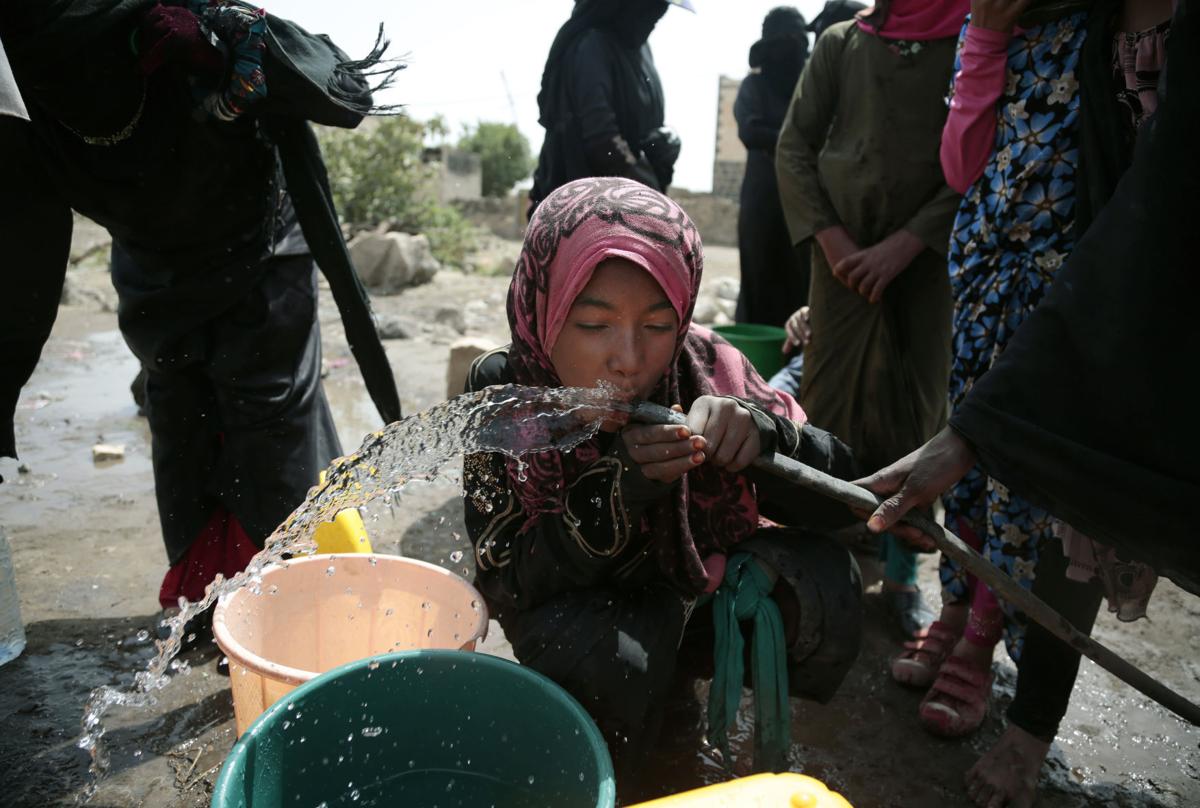 A girl drinks water from a well said to contain water contaminated with the bacterium Vibrio cholera, on the outskirts of Sanaa, Yemen, in July. Yemen's raging two-year conflict has served as an incubator for lethal cholera. 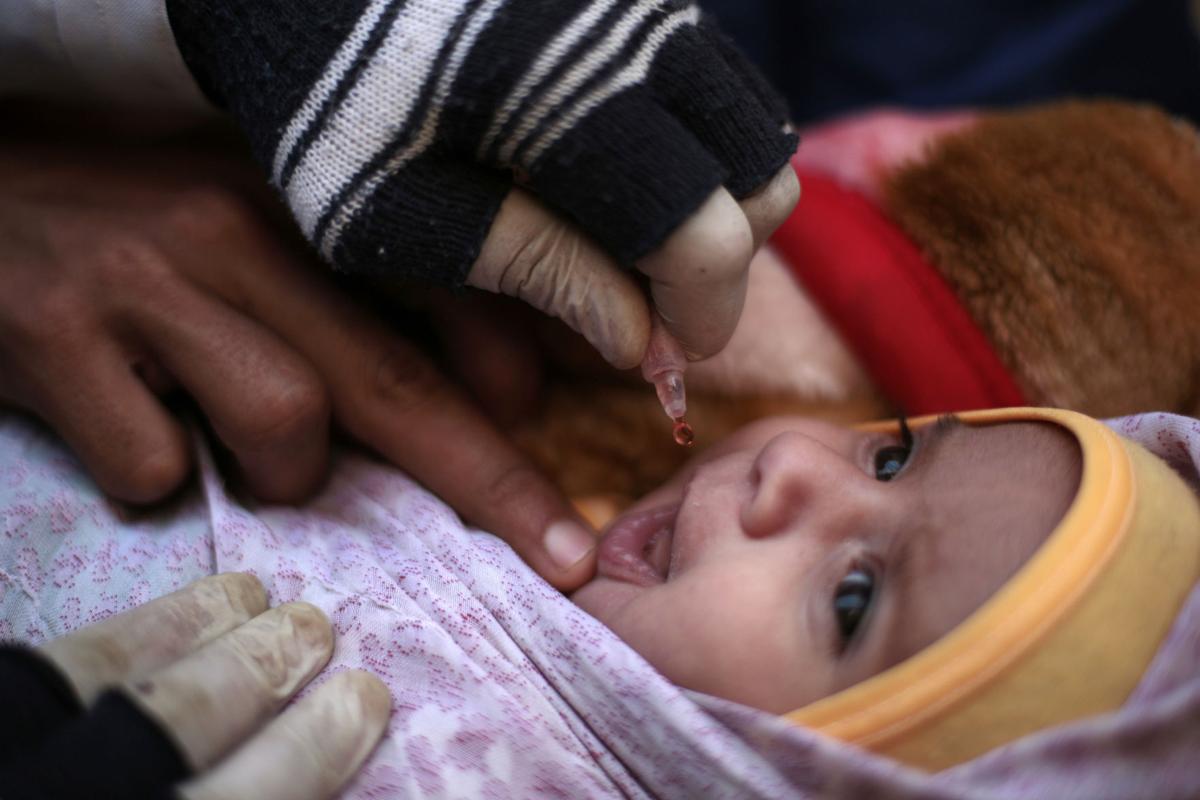 An infant receives a polio vaccination during a house-to-house polio immunization campaign in Sanaa, Yemen, in February.

Every day she searches for news and hears silence.

Little on the BBC.

No front-page headlines in the morning paper about Yemen and its civil war.

“Journalists are being banned,” Loukia Sarroub says. “The lack of reporting and the lack of awareness is horrifying.”

Sarroub is a professor of linguistic anthropology and literary studies in education at the University of Nebraska-Lincoln. She's visited Yemen and hopes to visit again.

In 2005, she wrote a book — “All American Yemeni Girls: Being Muslim in a Public School” — and she remains in contact with some of the Dearborn, Michigan, families to whom she grew close during her research.

Families who found a safe haven in the United States when they fled the last civil war in the 1990s.

“And whose families back in Yemen now are constantly being bombed."

Two weeks ago, I called Sarroub to learn more about a war that seems absent from the American radar, about people fleeing and children dying while we plop our fat babies on Santa’s lap and debate Happy Holidays versus Merry Christmas.

And she told me Yemen is the poorest country in the Middle East but that it is rich in cultural artifacts and history.

She told me Yemen’s people speak languages that have survived longer than anywhere else in the world.

That there are two main cities and many villages spread across the arid and mountainous country bordered by Saudi Arabia and Oman to the north and east, and the Red Sea to the south.

That the people of Yemen she knows are industrious and kind and that they grew some of the best coffee in the world. That many are subsistence farmers whose water pipes have been broken by bombs.

That when she was in Michigan working on her dissertation in the late '90s, only two Yemeni girls there were bound for college. Now there are dozens.

“We now have professors who are Yemenis and are teaching the rest of us. People who know what it’s like to grow up in one of the poorest regions.”

And she told me something I already knew — a number that had made me pick up the phone to call her. That a child in Yemen dies of a preventable disease every 10 minutes.

“The latest numbers I have are more than a million people have cholera,” Sarroub said.

“Food sources have been bombed; they are specifically targeting the civilian population.”

The United Nations has called the cholera epidemic the world’s largest — and it’s occurring in a country whose citizens are banned from entering the U.S.

“People cannot seek refuge. The question is, do we stand by and watch an entire generation of families and children disappear?”

This civil war began in 2015 with the south, supported by arms from Saudi Arabia, fighting against the Houthi minority in the north. Those fighters have launched bombs said to be manufactured in Iran that have reached Riyadh, the Saudi capital.

“I’m not a political scientist,” the professor says. “Saudi Arabia, perhaps they have good intentions to fight against Iran for whatever reason, but it’s an operation that is in no way humane.”

The United States has backed Saudi Arabia since the early days of this war.

She doesn’t offer an answer, a plan for peace, but: “This is a country that’s under siege and the people have no way out. It’s the worst humanitarian and cultural crisis so far in the 21st century.”

Since we first talked, Sarroub has had more success in her search for headlines.

A story in The Guardian on Dec. 17, detailing the United Kingdom’s order to Saudi Arabia to stop its blockade of humanitarian aid, saying the use of starvation as a weapon was a breach of humanitarian law.

And a post-Christmas story about a group of Yemeni college students in Ottawa, Canada, who have started a Yemen Relief Fund.

Getting people to care will be a challenge, one of the organizers told the CBC. “We’re taking baby steps. … Many people don’t even know where Yemen is on the map.”

When I talked to Sarroub again Wednesday, she was heartened by the news from Canada and she spoke again about the silence.

How she feels about what’s happening in Yemen.

“It’s not going to be that different than what I think about Syria or the Karen people in Myanmar who are also suffering. It’s that there’s almost a complete silence about this, and we need to question why there is this silence when thousands of people are being harmed through disease, famine, constant bombing.

“We need to question what the policies are and our own U.S. role with regard to humanitarian aid.”

Because in the absence of headlines, in the suffering we cannot see — or hear — the people of Yemen deserve our attention.

Cindy Lange-Kubick: Marcee Metzger, a voice of change — and hope — for 42 years

It’s Thursday, and Marcee Metzger is filling in as bookkeeper at Voices of Hope.

It all started when Nichole MacDonald and her sister, ReeAnna Armagost made a Christmastime visit to their maternal grandparents at a nursing …

It’s been 47 years since a guy with a great head of hair opened his own business in a new Lincoln strip mall.

Dance and pivotal moments: A journey from Mexico to a life in Lincoln

In the halls of a middle school in the sprawling city of Monterrey, Mexico, a young Pablo Cervantes pauses at an open doorway.

It started with muffins.

Cindy Lange-Kubick: Campaign promises to myself

I feel like a politician with a constituency of one.

Cindy Lange-Kubick: One Lincoln woman's quest to help save the mommies

When DeAnna Stewart is driving, a pair of stickers on the back window of her Altima make a plea to her fellow motorists.Save the Mommies.Save …

Hundreds of Salvadorans in Nebraska will be impacted by TPS decision

The Trump Administration, in announcing the end of Temporary Protected Status for people from El Salvador, gave the estimated 200,000 in the p…

'Everybody is my brother or sister': Former pastor Bud Christenson helps refugees, inmates

In 1996, Haris Tanovic, a Bosnian Muslim refugee from Sarajevo, played basketball with Pastor Bud Christenson in a church gym in Lincoln.

A girl drinks water from a well said to contain water contaminated with the bacterium Vibrio cholera, on the outskirts of Sanaa, Yemen, in July. Yemen's raging two-year conflict has served as an incubator for lethal cholera.

An infant receives a polio vaccination during a house-to-house polio immunization campaign in Sanaa, Yemen, in February. 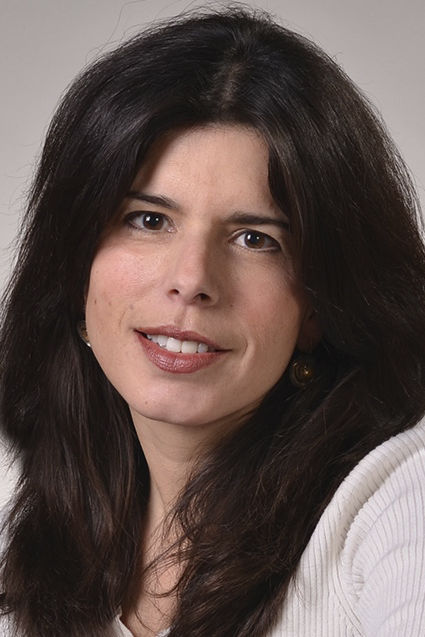