She lost weight, suffered migraines, carried the worry like rocks in her stomach.

The stress never left her.

And it didn’t magically disappear when Tasha Lind finally found a job last month, six months after she lost her position at an insurance agency in the middle of a pandemic.

Lind is the face of loss. One face during a time when so many are hurting.

“People need to see: It’s not people who want to live off the state,” she said. “This situation is bigger than all of us.”

You can’t see what she’d been through, just by looking, the same way you can’t see the despair of someone behind the wheel of a car waiting for a food box or inside a home juggling bills at the dining room table.

Lind grew up in Lincoln. She’s 31, and she has four daughters — her oldest is 13; her youngest is 5. She's a full-time student at Nebraska Wesleyan University studying social work. She plans to get her master’s degree.

She’s been a single mom for the last four years.

She wants her daughters to look at her and know: You can do whatever you want in this life.

When she lost her job in May, she was grateful for unemployment and the extra $600 benefit.

She held some of that money back and paid ahead on her bills. But her rent is $1,250 a month.

“And I have utilities. I have a car payment. I have a phone bill. I have internet.”

She went through her savings, maxed out her student loans, drained the money she’d put aside to take her daughters on a long-awaited vacation to Great Wolf Lodge in Kansas City.

“All the time, I was thinking, ‘How am I going to make it?’ Most of us live in poverty already.”

She made it until October before the money ran out, and, for the first time in her life, she reached out for help with her rent. The Center for People in Need was distributing CARES funds.

“It hurt,” Lind said. “I had pride struggles, just that stereotype that goes with getting help.”

Her story is one that the Coalition for a Strong Nebraska is sharing on its website. One of many it hopes to collect and spread to give Nebraskans a glimpse of what’s happening as COVID-19 continues its rampage.

“People have these stories to tell,” said coalition director Laurie Ponce Lage. “We want policymakers to know they are having a hard time.”

The 100 nonprofits that are members of the coalition see it every day.

“The food banks, the number of people who they serve is so much greater than the same time last year. In housing, they’re seeing a record number of evictions.”

The pandemic has changed what poverty looks like, she said.

And it’s a struggle for the people working to serve those in need across the state to get that message across to lawmakers, Ponce Lage said.

“The need is huge,” she said. “It’s so frustrating to our members to have evidence, but there’s really no response to it.”

Cindy Lange-Kubick: A popular holiday market pivots in the time of coronavirus

“This is far from being over,” she said. “We still need help.”

Lind made $15 an hour at her insurance company job. She shuffled bills even then, sometimes falling behind, but she had some savings. That money she’d put aside to take the girls on a vacation.

Lind had made the transition to working at home when schools shut down in late March. She added her two nephews to the remote-learning mix because her brother had to work on site.

“I told him, whatever they can complete and whatever the girls can help them with, that’s where we’re at.”

“Not so much financially, but they can help watch when I have homework or when I’m sick.”

Her best friend watches the girls two nights a week, when Lind is on campus from 6 to 10 p.m.

Then the mom comes home with a stack of homework, staying up to study until after 1 a.m. most nights, and up again at 5:30 a.m. to start her day. She gets ready. She gets the girls up and ready. She drops her two youngest off at elementary school at 7:15 a.m. and her two oldest at middle school by 7:30.

She’s at work from 8 to 5 and then she reverses course to pick them up and get home for supper, school and homework.

“Even to this day, being back at work, I still can’t relax,” she said. “The biggest thing with me, I don’t want to stress my kids. I don’t want them to see me worry.”

Over this long pandemic summer and fall, she lost her appetite. Her girls would see her not eating. More than once they offered her their piggy banks: You can use this for extra food if you want.

It’s the only time Lind cries as we talk.

She wishes politicians could see it through her eyes.

How income guidelines and rejected federal money hurt. How knowing that she could be evicted during a pandemic hurt.

“If they’ve never been in the situation we are in, they don’t know how bad it is.”

She has a job now. She’s grateful.

It could be worse, but like COVID-19, her problems haven’t simply gone away.

Coalition for a Strong Nebraska wants your stories

The goal of the Coalition for a Strong Nebraska is to support policy solutions that help alleviate poverty.

The non-partisan, statewide coalition of non-profits would like to hear stories of struggle and challenge to help policymakers understand the scope of the pandemic. Storytellers can remain anonymous.

A shot in the arm: Q&A on COVID-19 vaccines arriving in Nebraska

Nebraska expects to receive its first shipment of the vaccine developed by Pfizer and BioNTech by Monday, and another vaccine from Moderna should be shipping out before the end of the year.

A Lincoln writer and author documented a multicultural pilgrimage 25 years ago; this year, he is marking those 225 days with daily memes and messages from along the trail.

Veterans take up cause of World War II veteran, 95, who faces eviction in Grand Island

A native of Red Cloud, Jack Wilson served in the Army in 1945 and 1946. He was stationed in Japan for about a year after the bombing of Hiroshima and Nagasaki.

Amy Green, the owner of Ivanna Cone, was diagnosed with Stage 4 breast cancer in May and given six months to live. She's still here and this month her friends celebrated her giving spirit by giving back.

Cindy Lange-Kubick: Mother-daughter nurse duo get a shot in the arm and a glimmer of hope

Two Lincoln nurses — mom and daughter — happily signed up and received their COVID-19 vaccines on Wednesday at Bryan Health.

His Lincoln High graduation photo hangs on the wall inside Lighthouse and this holiday season, Aroun Phaison, 39, figured it was time to say thank you.

Columnist Cindy Lange-Kubick unveils her annual book list — the good, the bad and the novels dropped in the bathtub.

We spent the pandemic like siblings in the backseat of the car on a very long vacation. The trip isn't over yet.

'We thought we were living in pure bliss': Evictions continuing despite moratorium

Like many, Heide Massato didn’t know it was her responsibility as a renter to actively invoke protections during the moratorium: “I thought it was like a blanket coverage that would stop eviction.”

The tragedy of isolation during the pandemic played itself out over and over again across the country, including for the Stull family of Lincoln as they watched their mother decline and agonized over not being able to touch and hold her family. 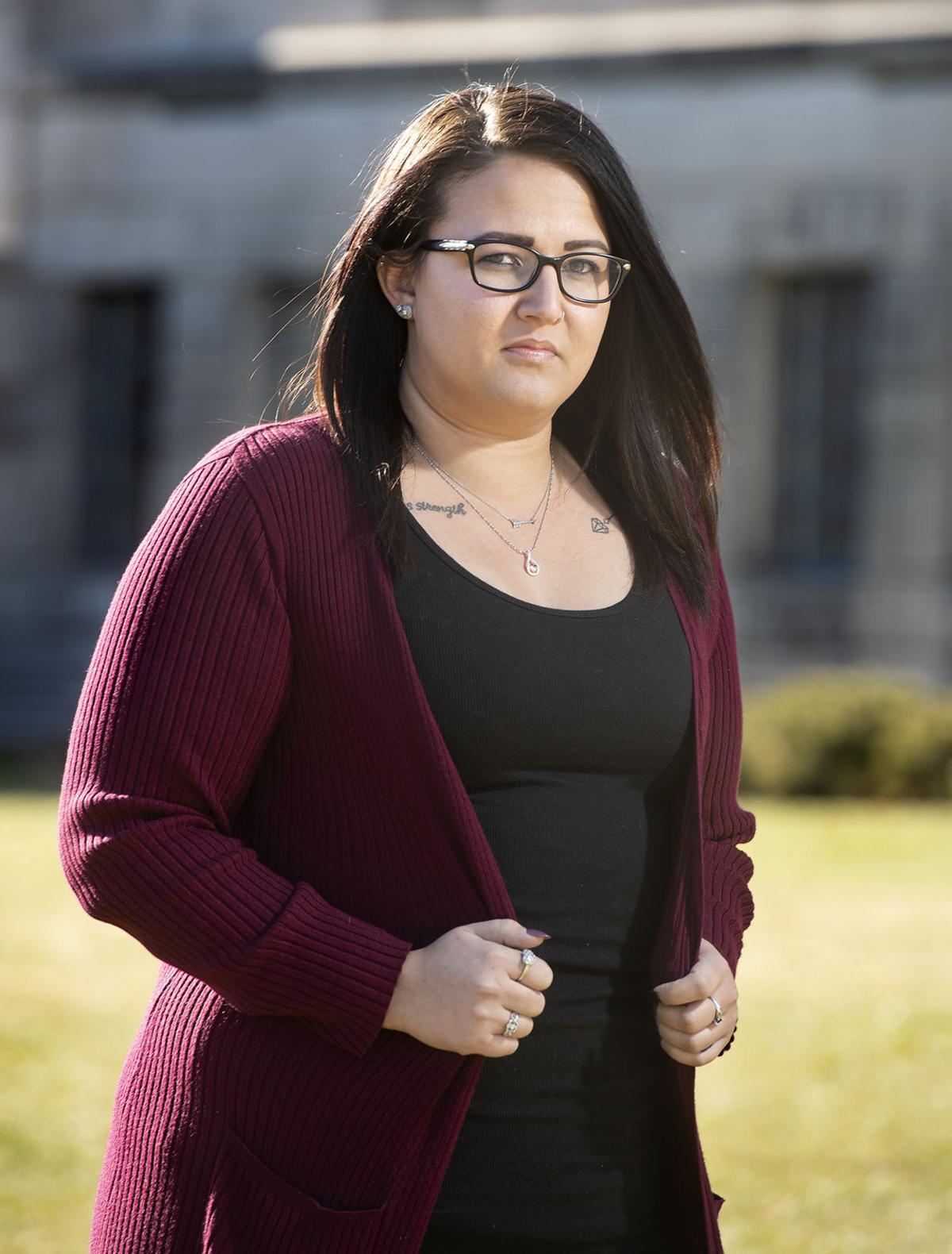 Tasha Lind, a single mother of four, recently found a job six months after being laid off, but the bills kept coming. Now, she's a face for the Coalition for a Strong Nebraska, which is sharing the stories of those whose livelihoods have been affected by the pandemic. 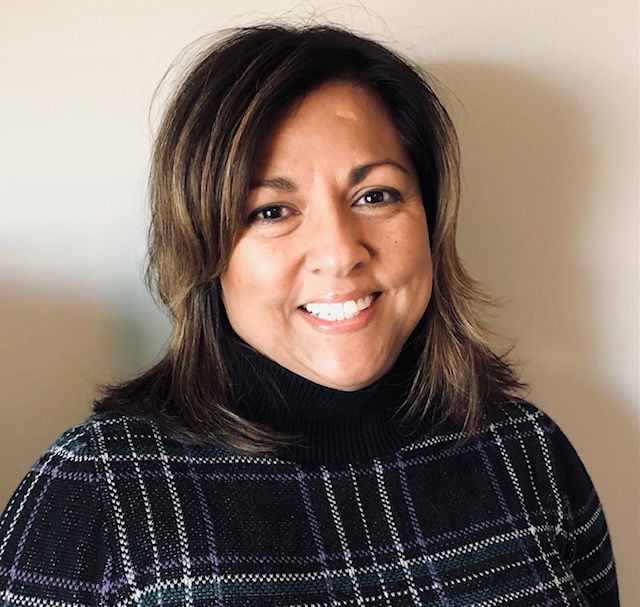