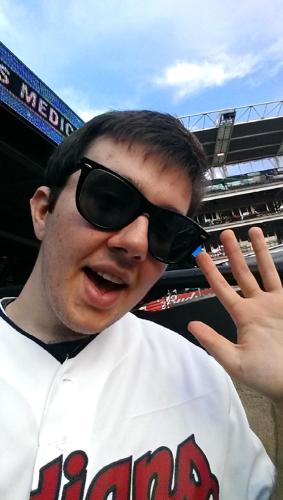 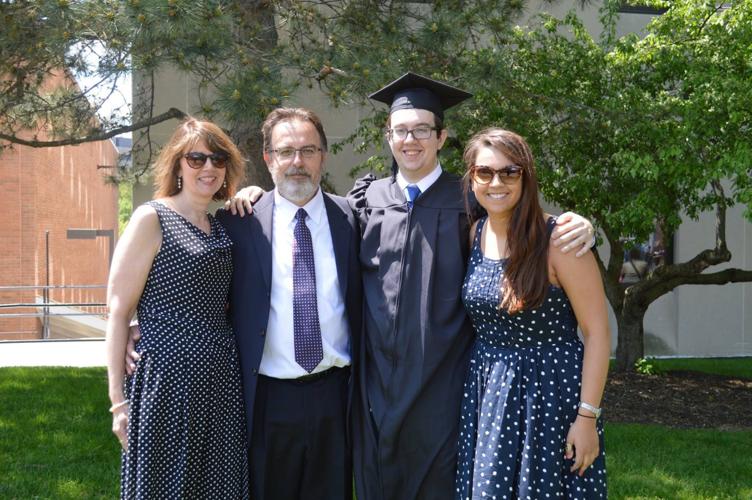 Chris Mantzios went to wake his son up that Sunday morning.

Nick was home for Thanksgiving, and he had an early flight back to Minneapolis, where he worked as a biomedical engineer.

And he wasn’t in the bathroom.

Then the father looked again. Nick was on the floor on the other side of the bed, face down on the carpet.

Chris and Nick’s mom, Melanie Whittamore-Mantzios, called 911, but they knew.

“It’s been 409 days today since we lost him,” the father said Wednesday. “It’s just the biggest heartbreak you will ever find, and it doesn’t go away.”

Nick was 28. He was a scientist and an engineer, his obituary said. He was a chef and a baker and a musician, a comedian and a gamester. He loved roller coasters and movies and music.

Nick was 15 when he had his first seizure on an airplane as the family made its last leg home from a trip to Honolulu. He was a sophomore at Lincoln East High School. The smart teenager wrote a paper about it for class: That Event I Don’t Remember.

He had a second seizure a year later. Six months later, a third seizure.

He took medication. Saw his doctor twice a year.

He graduated from Case Western Reserve University in Cleveland and loved the city’s sports teams. The Browns, the Indians, the Cavaliers.

His seizures were rare, but they always came at night. He didn’t remember them but he always knew. Sometimes he would wake up on the floor, his face bruised, his lips purple. And in the hours after, all he wanted to do was sleep.

In early November 2019, Nick had a seizure at his apartment in Minneapolis while he slept.

He was worried, his mom says. He made an appointment for a weeklong study — electrodes stuck to his head — so doctors could better pinpoint his seizures and find ways to control them.

The study started Dec. 2. Nick died Dec. 1; on his death certificate, SUDEP was listed as the cause of death. Sudden Unexpected Death in Epilepsy.

His mom had never heard of it.

After he died, she started researching a worthy place for his memorials. She learned about a foundation called Danny Did — named after a 4-year-old from Chicago who died of SUDEP. The foundation helps educate families about epilepsy and helps distribute funds for monitoring devices that can help warn of a seizure.

They worried about their son, worried about him having a seizure alone. It was hard to let him go to college so far away, and his dad called him every morning, panicked if he didn’t answer.

“But nobody expected to lose him like that,” Chris said.

They donated Nick’s memorial money to the Danny Did Foundation. This fall, employees at Cornhusker State Industries — where Chris works — raised money during Epilepsy Awareness Month, and he and Melanie matched it and sent it to the foundation.

Last month, a letter arrived from Medtronic, where Nick worked. The letter let them know how much people there all missed Nick, a bright spot in the office, a hard worker, a fierce Cleveland Browns fan, a good friend.

They enclosed a check in Nick’s memory.

The family matched the money and sent it off to the Danny Did Foundation, too.

“I want people to know about these devices,” Melanie said. “For people who sleep alone who have epilepsy, it’s a huge need.”

Nick was their firstborn. He was an easy baby. His mom remembers looking at him at the hospital and thinking: This is the best thing I’ve ever done.

Chris is from Greece. They took that baby boy to meet his far-off relatives for Christmas when he was 6 months old and Nicholas Alexander Mantzios was baptized there in the Greek Orthodox Church.

“There was a sweetness about Nick,” his mom said. “A steadiness. He was a comfort.”

Nick played the drums and the bass guitar. He loved video games. He and a friend had a podcast where they talked about food science and space and politics.

Mourners came from eight states for his funeral. Family members discovered things about Nick they hadn’t known from his cadre of friends and former professors and co-workers.

“As a parent, it was lovely to talk to these people who knew my son in a way I didn’t,” Melanie said.

They’ve been surrounded by support these past 409 days and comfort from friends and strangers alike who have lost children, too.

On Day 410, they hope people will read about their Nick, a bright and funny young man who was well-loved and who loved well and who happened to have epilepsy.

They hope families whose loved ones have epilepsy will learn something, too.

“The doctors don’t want to talk so much about this stuff,” Chris said. “I wish as a parent, I would have known more.”

The victim underwent emergency surgery for a lacerated spleen and remained at a Lincoln hospital for five days, according to the investigator.

Cindy Lange-Kubick: After melee inside US Capitol, UNL historian wonders what's next

UNL History Professor Tim Borstelmann talks about what he saw on his television screen on Jan. 6 and shares his insights from 40 years of teaching and research.

Out of the landfill, woven into a purpose: Becky's Beds of Bags helps Lincoln's homeless population

Retired teacher Becky Topil noticed plastic bags building up in her house during the pandemic and was determined to find a better fate for them than the landfill. So she began repurposing them into beds for the homeless.

The organization is looking for letter writers to share with each other during this time of social distance in Part 2 of its "Dear Stranger" letter exchange.

When the weather got cold, Tauni Waddington and Sheryl Teslow began looking for a way to safely gather with longtime friends. With the help of Menards and their village, they built a well-ventilated "fort" to resume their weekly gatherings.

The biggest star in our galaxy is about to die, here's what that means for Earth 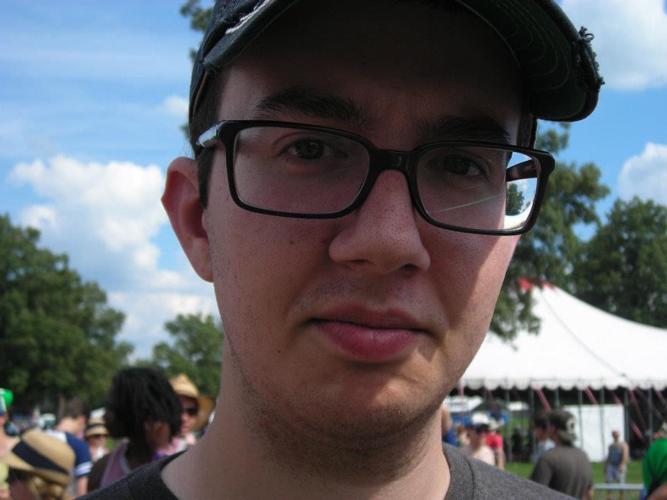