Meat Loaf, 'Bat Out of Hell' rock superstar, dies at 74

Cindy Lange-Kubick: A lifetime of love for each other and the people of Lincoln
0 Comments
Share this
1 of 2 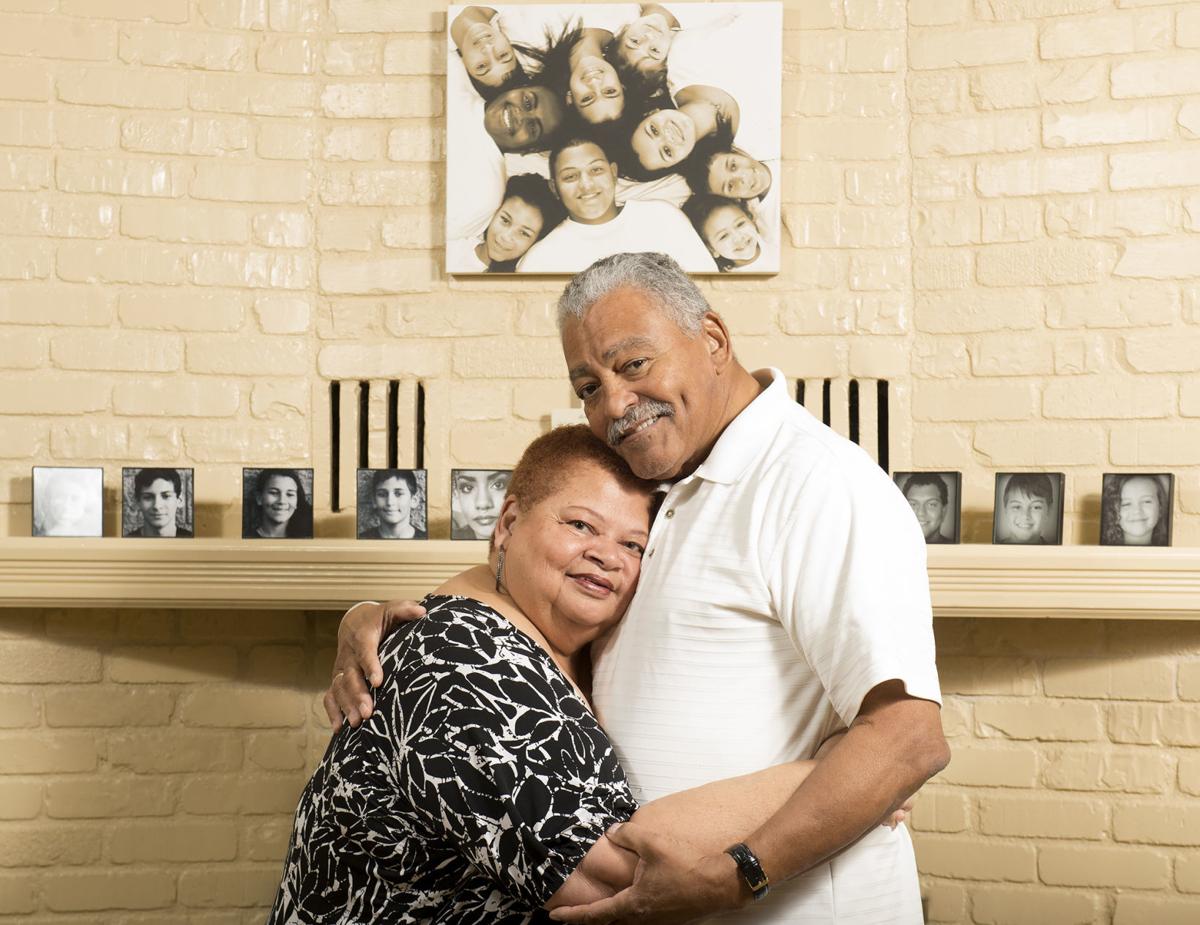 John and Melanie Ways are surrounded by family pictures in their Lincoln home. 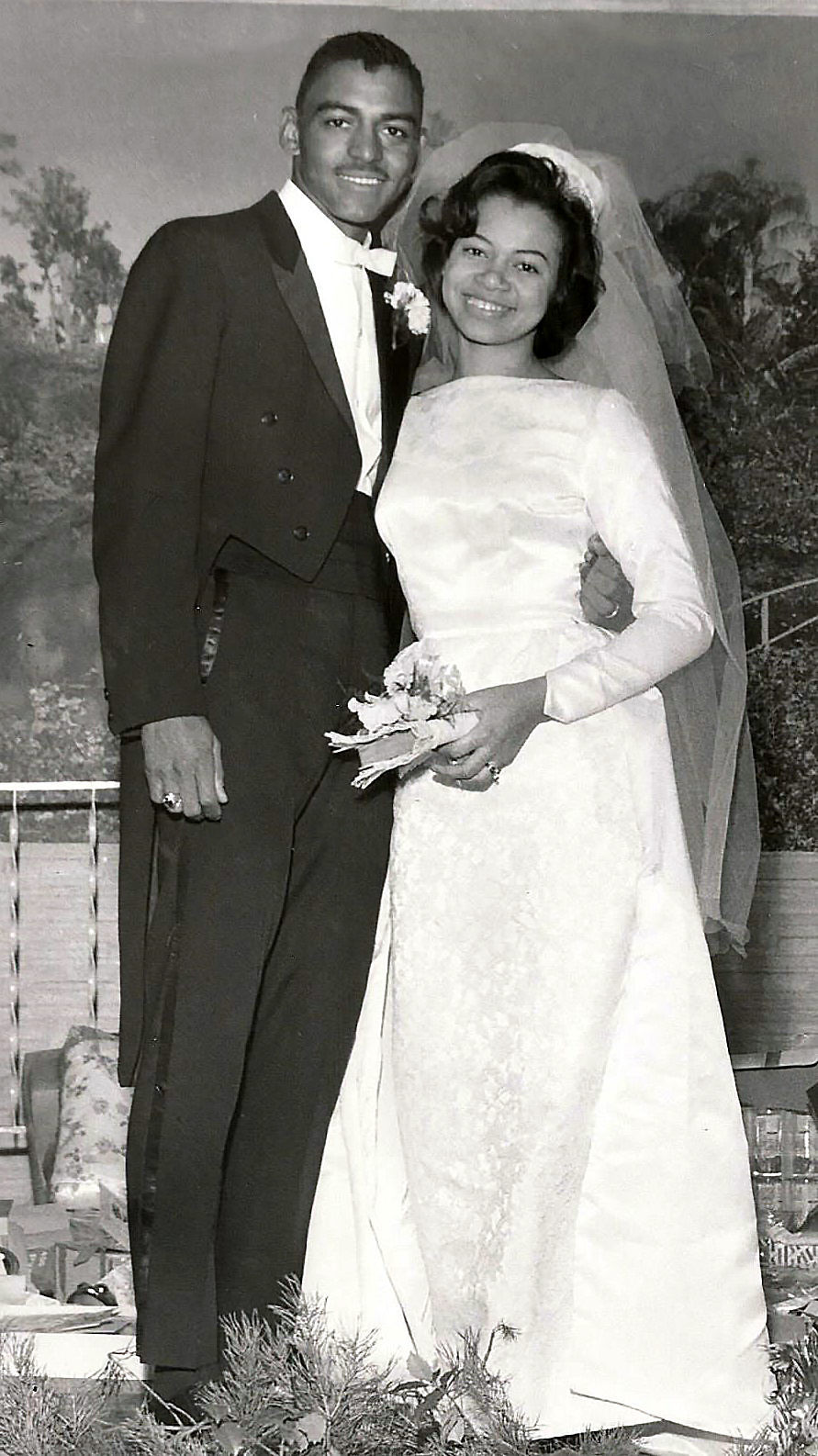 John and Melanie Ways on their wedding day in 1964.

One day Mel looked at her big brother’s friend and said: I’m going to marry you someday.

In the wedding picture, she’s wearing a pillbox hat, a veil trailing behind her. He has a white carnation pinned to the lapel of his black tuxedo.

This is their secret, Mel says Monday, in her south Lincoln living room with her husband of 53 years.

“I tell people nobody ever said marriage was going to be easy. You have to try to outlove each other every day. Even on the days you want to kill each other.”

John puts it another way: “Sometimes you have to get down on your knees and submit to the Lord God Almighty.”

They lost their first grandchild. Angel was her name.

And Jordan is sick, a 19-year-old with soft-tissue cancer.

“We drive the poor guy crazy praying,” Mel says. “He’s such a great kid, every time I think about him I start praying again.”

The couple who live by faith arrived in Lincoln in 1971 via California, where John had been stationed in the Air Force.

Kathi Vontz, Mel’s best friend there, was moving back to her hometown and Lincoln sounded like a safe, smog-free city.

The Ways made this home.

They made Lincoln better.

They'd already made Vontz better. She hadn't known any black people when John and Mel invited her and her then-husband to dinner in California. She was apprehensive.

When John came out of the kitchen holding an electric knife she opened her mouth: That looks like it would be good for cutting watermelon.

"John looked at me and said, 'What makes you think I like watermelon?'"

Then he laughed. And he put her at ease, she said.

"That set the tone for the rest of our relationship. Just knowing them and being friends with them has changed me tremendously."

They were kind, despite the prejudice Vontz witnessed in California — the apartment that was "rented" when Mel went to visit, but available when she called to inquire.

They came to Lincoln and settled in. They mentored the troubled. They took in foster children and adopted one of them — fitting the baby seamlessly into their home and completing a family of seven.

John led the NAACP; he lived through threats from the KKK. He served as a Lincoln police officer for 20 years, a resource officer in the schools, an honorary lifetime member of three PTAs.

“He was wonderful,” says Deane Finnegan, whose kids went to Prescott Elementary School. “He knew every child by name.”

Mel was his anchor, an ER nurse and then a stay-at-home mom who helped other moms nurse their babies as a La Leche League leader.

And she helped families find homes, too — the only African-American realtor in town when she started in the mid-'70s. (John and Mel would become the first black couple who worked as realtors when John got his license and sold houses to supplement his police income.)

“The question was, ‘Will white people patronize us?’” Mel says. “And that was absolutely not a problem.”

Eventually, the couple opened their own brokerage — Melanie Ways Real Estate — closing when the market went bust with 18 percent interest rates in the mid-'80s.

But the Ways found another path and, in 1991, crossed the Doane College stage together.

John went from the police department to the State of Nebraska; Mel eventually became human resources manager at Duncan Aviation, where she had two nicknames: Mama Mel and Hugs Lady.

“We’re forever running into people who knew her from Duncan,” John says. “She’s hugging all these people in the restaurant and the supermarket.”

“When the kids were growing up, we could hardly go anywhere without somebody stopping us,” Mel says.

Even now, they hear grown men call out: Officer Ways!

Mel and John both retired in 2014. Mel serves on the Human Rights Commission. John still holds bible study every Sunday at the county jail, the way he’s been doing for 25 years.

They still love each other.

“They’ve had a lot of tragedy in their life,” Finnegan says. “But they have an incredible faith that holds them steady.”

John and Melanie show me to the door.

Mel opens her arms for a hug.

“The first time you come you’re a guest,” she says. “The second time, you’re family.”

Cindy Lange-Kubick: Catching up with Charlie Greene — the world's fastest man slows down

He wore sunglasses when he ran.

The newspaper story called her an “old colored lady.”

Cindy Lange-Kubick: Harry 'Pete' Peterson — 'Whatever he took on, he put his whole heart into'

Vote for THE MAN, the campaign ad urged.

Cindy Lange-Kubick: Lenora Letcher, leading with love and leaving a legacy in Lincoln

Lenora Letcher baked the communion bread at her church, the black congregation of Mount Zion Baptist.

He stood at the front of his classroom, a trailblazer in teacher’s clothing.

You can see her life’s passion in all the places Leola Bullock stood her ground.

The photographer was born in Lincoln and spent his life in a frame house on A Street, where a red-brick apartment building with long, narrow w…

Speed, ice blamed for I-80 crash that killed 4 in York County

Lincoln pastor with ties to Billy Graham: 'He ran his race faithfully and finished very well'

A Lincoln pastor whose father wrote a hymn played on the Rev. Billy Graham's televised revivals remembered the famed Christian preacher as an …

There’s a portrait of Barack Obama under the American flag in Brittney Hodges-Bolkovac’s classroom.

Cindy Lange-Kubick: A big kid at heart at the heart of the Malone Center

Nate Woods walked the streets of the neighborhood that summer.

Cindy Lange-Kubick: I told them, 'There's no such thing as you can't do it.'

The mother sat on the superintendent's front steps.

Cindy Lange-Kubick: Kasey and her dudes — an act of kindness in a coffee shop

The former barista calls them her dudes.

The job description of a pastor is someone who teaches, worships and performs sacraments. And after 19 years as senior pastor at Westminster P…

100 years of the NAACP in Lincoln still fighting for freedoms

On Tuesday afternoon, curators at the Nebraska History Museum displayed pieces of its permanent collection for invited guests.

John and Melanie Ways are surrounded by family pictures in their Lincoln home.

John and Melanie Ways on their wedding day in 1964.