Josh Swain from Tucson, Arizona, is the Josh Swain, or so he claims.

He's not the only Josh Swain, though. Certainly not the first with that name, either. But he is likely the most famous Josh Swain in the world.

Last April, this particular Josh Swain, a 22-year-old college student with aspirations to be an engineer, messaged dozens of others who shared his first and last name on Facebook, challenging them to a battle for the right to that name.

Now, the Josh Swain Fight, which first started as an innocent joke to while away the hours early on in the pandemic, is actually happening in Lincoln, of all places.

"I picked the coordinates at random," Swain said over the phone from Tucson on Wednesday. "It was like throwing a dart at Google Maps."

"I've never met a Josh Swain in my life," he said. "How is this such a common thing?"

So last April, in the quarantine doldrums and with nothing better to do, Swain messaged 20 or so people who shared his name on Facebook.

"You're probably wondering why I've gathered you all here today," Swain messaged them.

Another Josh Swain replied: "Because we all share the same names ...?"

'The ol' Sandhills are going to miss him' — Lincoln photographer, writer peeled back curtain on Nebraska wildlife

He then gave out coordinates for the Josh Swain Fight. It was to be held a year from that date, April 24. The rules were clear: Whoever wins gets to keep the name. Everyone else has to forfeit theirs.

About three Josh Swains replied, but it didn't turn into much.

"It was entirely a joke," he said.

Swain tweeted screenshots of the group chat on Twitter and garnered thousands of likes and retweets. Then came the pages on Reddit devoted to the fight: Swain Bowl and Josh Swain Battle, which has more than 3,000 members. There's an entry on it at Know Your Meme, the online meme encyclopedia.

"Everyone is talking about my name," he said. "I see people making memes about me and my name, and it's the weirdest feeling ever."

Swain himself didn't think it was actually going to happen until some friends about three months ago brought it up again. People were still sharing the meme online.

"'Remember this thing from nine months ago?'" his friends told him.

So he messaged the Josh Swains again and told them he booked a flight to Lincoln for the battle. He changed the meeting place slightly to a green space in Air Park, at 4500 N.W. 45th St. The original coordinates led to a farm whose owner "did not agree to host such a ridiculous event."

He'll be there at noon Saturday, exactly a year after he challenged the Josh Swains of the world to a duel. He isn't sure if anyone will show up.

Meet Arthur and Bea: Two kittens abandoned in suitcase are now up for adoption in Lincoln

One Josh Swain said he couldn't book a flight, and the Arizona Swain hasn't heard from the others. He says he's heard there is a Josh Swain in Lincoln and one in Omaha who may come.

"Honestly, I'm hoping I'm the only one, and I can just take my title."

But if any Josh Swains do show up, there won't be an actual fight (although someone online from Lincoln offered to bring boxing gloves).

Instead, people are invited to bring pool noodles for friendly jousts: one for the Josh Swains, one for people named Josh, and one for anyone else who comes.

Swain has even partnered with the Food Bank of Lincoln to host a food drive at the event and set up a fundraiser for the Children's Hospital and Medical Center Foundation in Omaha. Masks are encouraged, as well.

Swain, who is fully vaccinated, said it's awesome to be holding this event as a marker of how much has changed in a year.

"It's a cool kind of reminder that we're getting over this," he said.

It'll be a nice vacation, too. He's never been to Nebraska, even though his dad was born here, and he's looking forward to visiting Lincoln. Plus, kind strangers are already giving him some solid advice when he does get here.

"People told me I had to go to Runza."

Sorry, insect lovers, the Brood X cicadas emerging in the US won't be near Nebraska

The cicadas, known as periodical cicadas, mature underground for 17 years before emerging en masse to fill the spring air with their incessant mating calls.

The cases reported on Thursday included four cases of the U.K. variant and one case of a California variant. The number of deaths from COVID-19 in the county remains at 232.

Come May 1, bands will be jamming at Iron Horse Park. Food samples and food trucks will return. Balloon animals will be handed out. In short, the market will be more of the family-oriented event that many know from before COVID.

Josh Swain, a college student from Arizona, challenged other Josh Swains on Facebook to a duel over their name, randomly picking Lincoln as the battleground. On Saturday, hundreds gathered in Air Park to watch them fight with pool noodles.

'Little Josh' dubbed winner of the Battle of the Joshes; community also benefits from event

With one final swing of his red pool noodle, Josh Vinson Jr. — nicknamed “Little Josh” by the crowd — won the inaugural Battle of the Joshes on Saturday.

Little Josh has big heart and personality, deserving of Battle of the Joshes victory, his dad says

“His personality is big, his heart is big, he cares for people,” Little Josh's dad said. “He’s just an awesome kid.”

The winery Josh Cellars will donate $30,000 to an online fundraiser for the Children's Hospital. Josh Cellars is named after the founder's father. 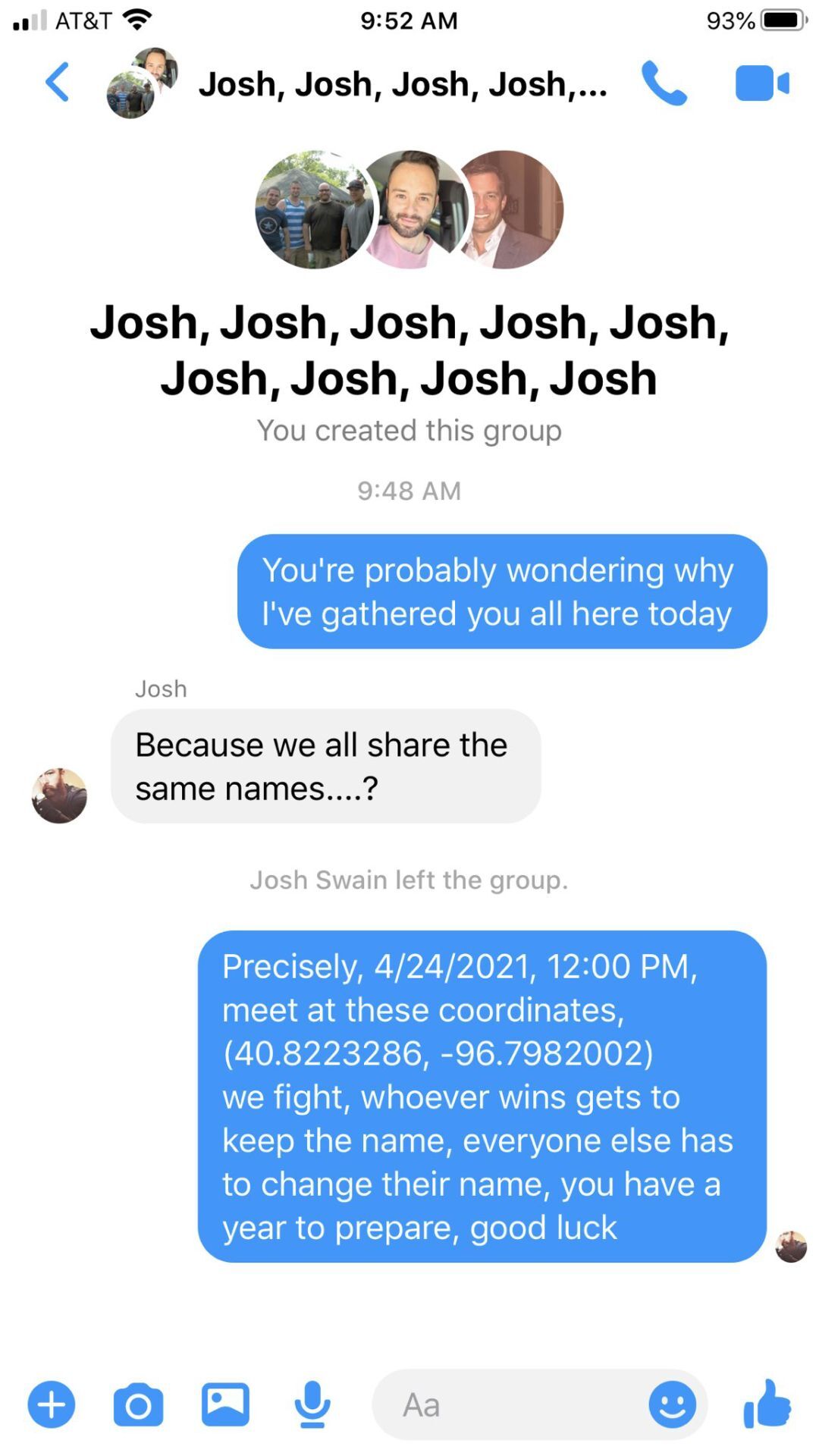 Josh Swain, a 22-year-old college student, challenged other Josh Swains on Facebook to a duel over their name, randomly picking Lincoln as the site. 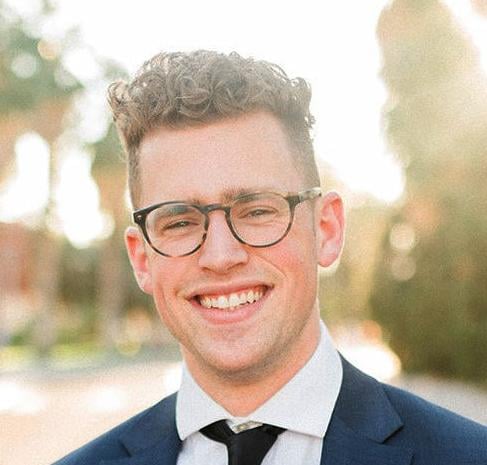