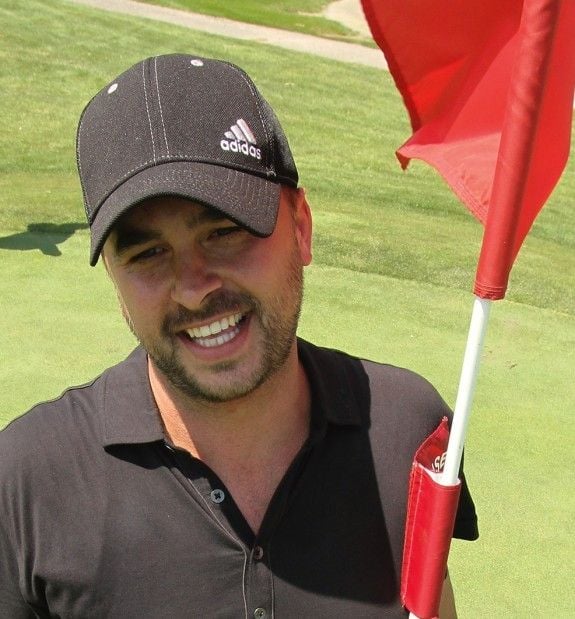 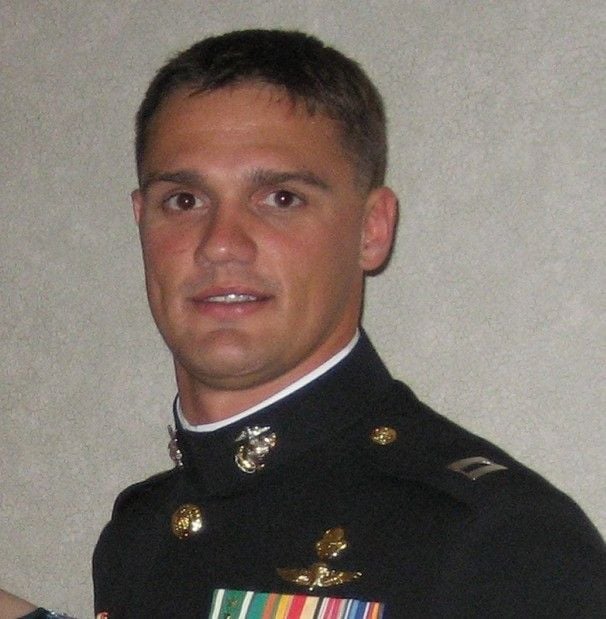 The stories go together. The first makes the second possible.

And the third? You'll see.

First things first. Actually, there are two heroes. A pair of adrenaline junkies -- both Marines, one retired, one active duty -- who came across a mangled van in the Mexican desert last November.

A Lincoln man was trapped inside.

James Lamb was on a mission trip with his church, a trip the 34-year-old father of two had taken since he was a kid at Lincoln Christian.

On this trip, he was driving to get water when a speeding truck slammed into his van.

The impact broke his hip, crushed his legs and nearly severed his left arm.

The heroes, Jeremy Graczyk and Kent Kroeker, were training for the world's toughest off-road race -- The Baja 1,000 -- when they came across the scene. For two hours, covered in blood and broken glass, they kept James alert and talking.

James' family declared them angels. The tough guys shrugged off the honor.

"If they knew us better, we are no angels. Believe me," Kent told the newspaper.

Later, he gave the three of them a name: Blood Brothers.

As for James, he just considered the two Marines his brothers -- even though he's only met Kent, who lives in California, twice since the accident and talked on the phone only with Jeremy, the active duty Marine from New Hampshire, through a medication-induced fog.

It's been seven months since that hospital room phone call.

James is home in Lincoln and recovered. As much as a guy can recover when a third of his tricep is missing and his hip is filled with pins and metal plates and something called drop foot from the damaged nerves in his leg.

But overall, those legs work fine and his arms work fine, and he's back working, and July 9 he even went golfing.

It was a four-man scramble at HiMark. A benefit for Tiny Hands International, a Christian organization striving to end sex trafficking in Nepal, India and Bangladesh. Its U.S. operations are run by Aaron Marshbanks, James' boyhood best friend.

Aaron is the guy who called the paper last week.

He described his buddy James as a great guy but a "terrible golfer, just terrible."

Then he went on to say that James stood up on the tee box of the par 3, 184-yard, No. 3 on HiMark's Red Course and hit a shot that bounced and rolled and went in.

A hole-in-one with something at stake: A loaded 2011 Accord from Williamson Honda.

Now, car dealers put up cars at charity golf events all the time, but no one ever wins them.

"The spotter called me and I don't believe her," Aaron said. "He's not even supposed to be able to use his arm."

Now for the last story, what happens after the hole-in-one.

There are really two endings to that story. A happy ending and a sad ending.

The happy ending is this: After James' ball rolled into the cup on that par 3, he called his wife.

That's what he wants readers to know -- how important the work is.

And now, the sad ending: Tuesday, three days after the hole-in-one, James' phone buzzed. It was one of the angels -- Kent -- leaving a text message: Wanted to let you know Jeremy passed away in a BASE jumping accident in the Alps.

Jeremy was 33, a major in the Marine Corps on a month-long leave.

James hasn't been able to get much work done since he heard the news.

He and Tyley plan to attend Jeremy's service as soon as details are confirmed.

They'd like to do something more, too, some sort of memorial for his blood brother who climbed mountains all over the world, including Nepal, with his friend Kent.

On Friday, he remembered Jeremy's phone call. How matter-of-fact he was about his role in saving James' life -- how stoic --  and how astonished that he still had his arm.

P.O. Pears: A piece of history comes tumbling down in Lincoln

The building that housed several bars, none more iconic than P.O. Pears, is making way for a large apartment project.

The jury foreman said the eight men and four women on the jury were unanimous on the first vote on each count to convict Boswell.

The Lancaster County Sheriff's Office has identified the Lincoln man who died in a crash Wednesday east of town.

Lincoln police officer suspended after being cited on suspicion of misdemeanor DUI, assault

The officer has been placed on unpaid, investigative suspension, a department spokeswoman said, and LPD is also conducting an internal investigation.

The driver initially refused to roll down the window, show identification or vehicle registration and gave a fake name before the officer learned he was 28-year-old Logan Vonseggern, who had a suspended license, police say

Anthony Moreno, who is 17 now and was 15 when it happened, has been taken to the Nebraska Correctional Youth Facility in Omaha.