After Lincoln man's death, a plan to change the world
0 comments
Share this
{{featured_button_text}}
1 of 3 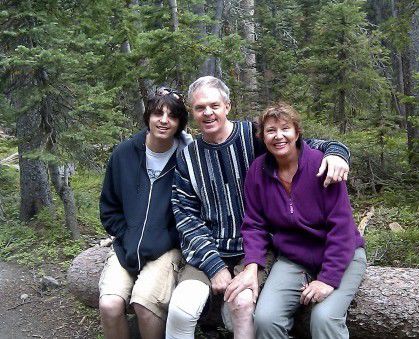 Cameron (from left), Paul and Shelley Freeman are pictured. Cameron was killed in a car accident in Kansas on Nov. 23, 2010. (Courtesy photo) 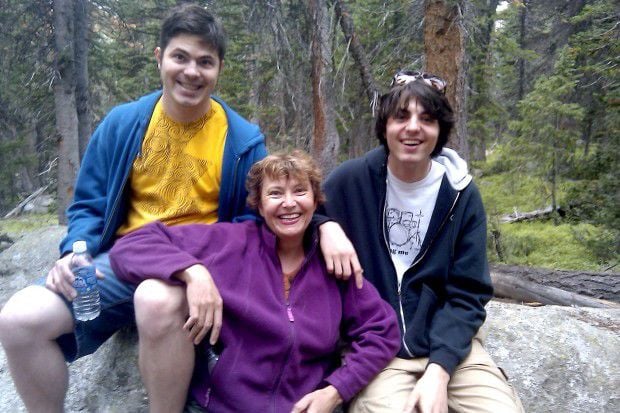 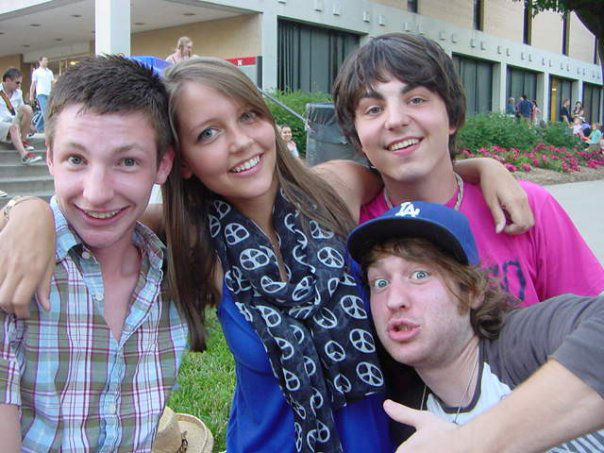 When he was 6, Cameron Freeman put down his Legos and said he knew what hell was.

Hell is when you're mean to people, and how that makes you feel.

When he was 7, he watched a movie about a boy with AIDS. He spent the next three science fairs trying to find a cure.

When he was 21, he was killed on a Kansas highway.

Two nights after his funeral, his mother awoke and reached for her journal. Some of her words ran off the edge of the paper, others fell on top of each other.

Cameron's death is spiritual, much like the moment of birth. Awesome, sacred and profound but not without pain. I wouldn't want a molecule of that profound love to be contaminated with hatred and anger.

Her son had wanted to change the world, she wrote, but he felt so powerless.

So we have a call to action, in the name of change, that every person who expressed anger, hatred or disdain at hearing of Cameron's death should replace it with seven acts of kindness.

The Cameron Effect, she called it.

She fell back asleep.

They sheltered her after the accident, kept her away from the news stories.

But after Saturday's funeral at First-Plymouth, Shelley Freeman found a story on the Lawrence, Kan., newspaper website.

It was about her son and his three friends -- all 21-- returning to Lincoln early Nov. 23 after a concert in Lawrence. About the stolen pickup that rear-ended them on Highway 59, leaving his friend next to him in the backseat broken but still alive, and his other two friends in front escaping with only minor injuries.

She hit print. She was surprised by the number of pages that came out.

Then she saw so many of them were reader comments, and so many were filled with hate toward the pickup driver.

She knew these were people who cared about justice for her son, "people who were passionate about a lovely person removed."

"I thought it was so sad. We have been surrounded by love, and Cameron was such a gift to us, and to have that bubble kind of burst by anger and contempt for this other person."

She thought about her son, and what he meant to people, and how they could turn that anger into compassion.

And try to change the world.

Do seven acts of kindness toward someone you wouldn't normally be kind to.

"Doing it toward your neighbor is easy. So this is doing it to people it's difficult to show compassion to."

Then let the world know how your acts made you feel, how they changed you, she said. Talk about it. Blog about it. Declare it.

His mother chose that day for the Cameron Effect.

But it had already started.

Dito had been sitting beside Cameron in the backseat.

Dito's father hadn't been sure how to help his son. All he could do was sit by Dito's bed and stroke his hair.

Shelley, a psychotherapist and research psychologist, helped him, coached him, reassured him he was helping.

"This mother who just lost her child is consoling me because mine is in the hospital," said Dito's father, former Lincoln homebuilder Fernando Pages.

"I don't think they indulged bitterness, regret, all those feelings that are very natural but can create a dark cycle."

Shelley was in Dito's room Tuesday when he woke up. He didn't know Cameron was gone.

"They brought him the news, but it wasn't like they came just to bring him the news. They came to be with him and support him."

His son was shocked, the father said, because in Dito's mind he'd just talked to his friend.

Cameron had wished him well, told him he missed him.

"That was a nice thing for Shelley to hear," Dito's father said.

The night she awoke and started writing about the Cameron Effect, her son had been with her.

Not a voice, not a vision.

It was just Cameron.

Cameron is now all about peace, forgiveness and understanding, and he feels revenge and violence and anger is not the answer.

When he was 6, Cameron Freeman put down his Legos and said he knew what heaven was.

Heaven is when you're good to people, and how that makes you feel.

The lasting effect of the Cameron Effect

On the day Cameron Freeman would have turned 22, a girl said something nice to her sister -- even though she doesn't really like her.

After hard year, family will look back at lost son

In the past year, Paul and Shelley Freeman lost their son, launched a movement, appeared on TV, inspired a classroom, motivated strangers, spo…

Wednesday the day for acts of kindness, compassion

That unfriendly, unfeeling prickly person in your life?

All around town Wednesday: kindness, compassion and $100 gifts

Midway through the call, Shelley Freeman heard something -- felt something -- in the bank president's voice. Tears, to match her own. Union Bank wanted to give $10,000 away Wednesday to strangers in need, all of it in honor of Shelley's son, Cameron.

Next chapter of the Cameron Effect: Meeting the man who killed their son

A few days after her son died on a dark Kansas highway, Shelley Freeman awoke with a plan to launch a public movement in his honor, and in his name.

Cameron Freeman's parents have created the Cameron Effect, a movement of kind deeds to honor the Lincoln East grad's legacy.

Father is thankful in wake of fatal accident

Fernando "Dito" Pages is alive, but badly injured. Doctors say he will recover. But his friend didn't make it after the car they were in was rear-ended in Kansas.

A Lincoln man has been identified as the victim of a fatal crash north of Lawrence, Kan., early Tuesday.

Cameron (from left), Paul and Shelley Freeman are pictured. Cameron was killed in a car accident in Kansas on Nov. 23, 2010. (Courtesy photo) 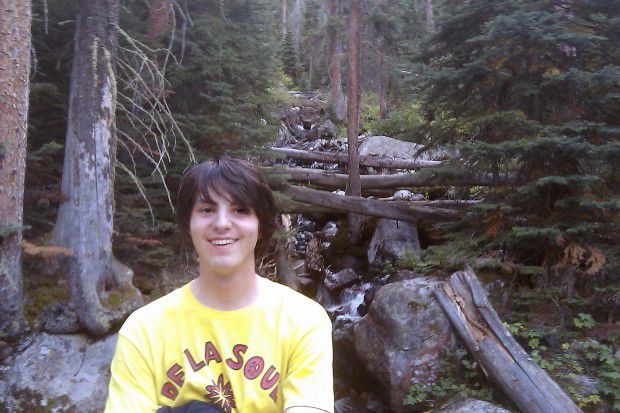