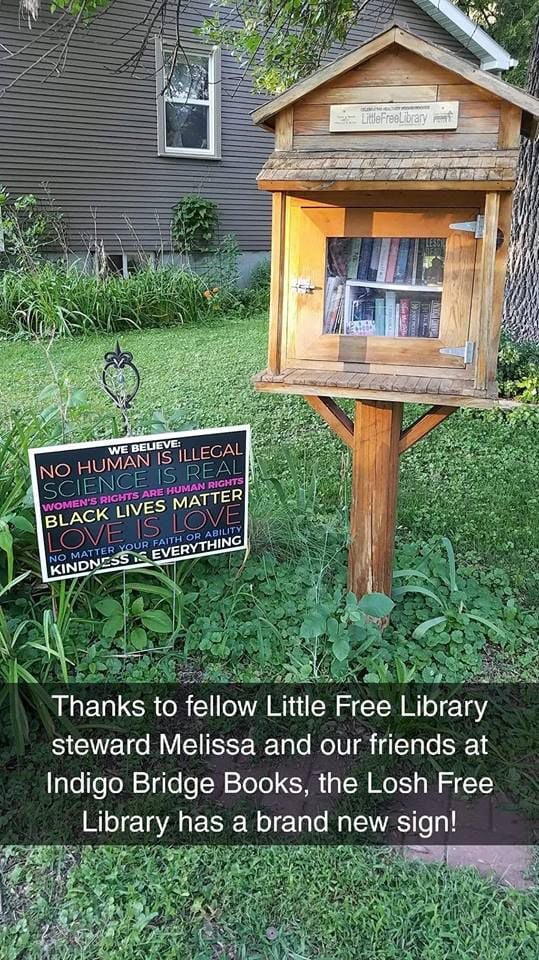 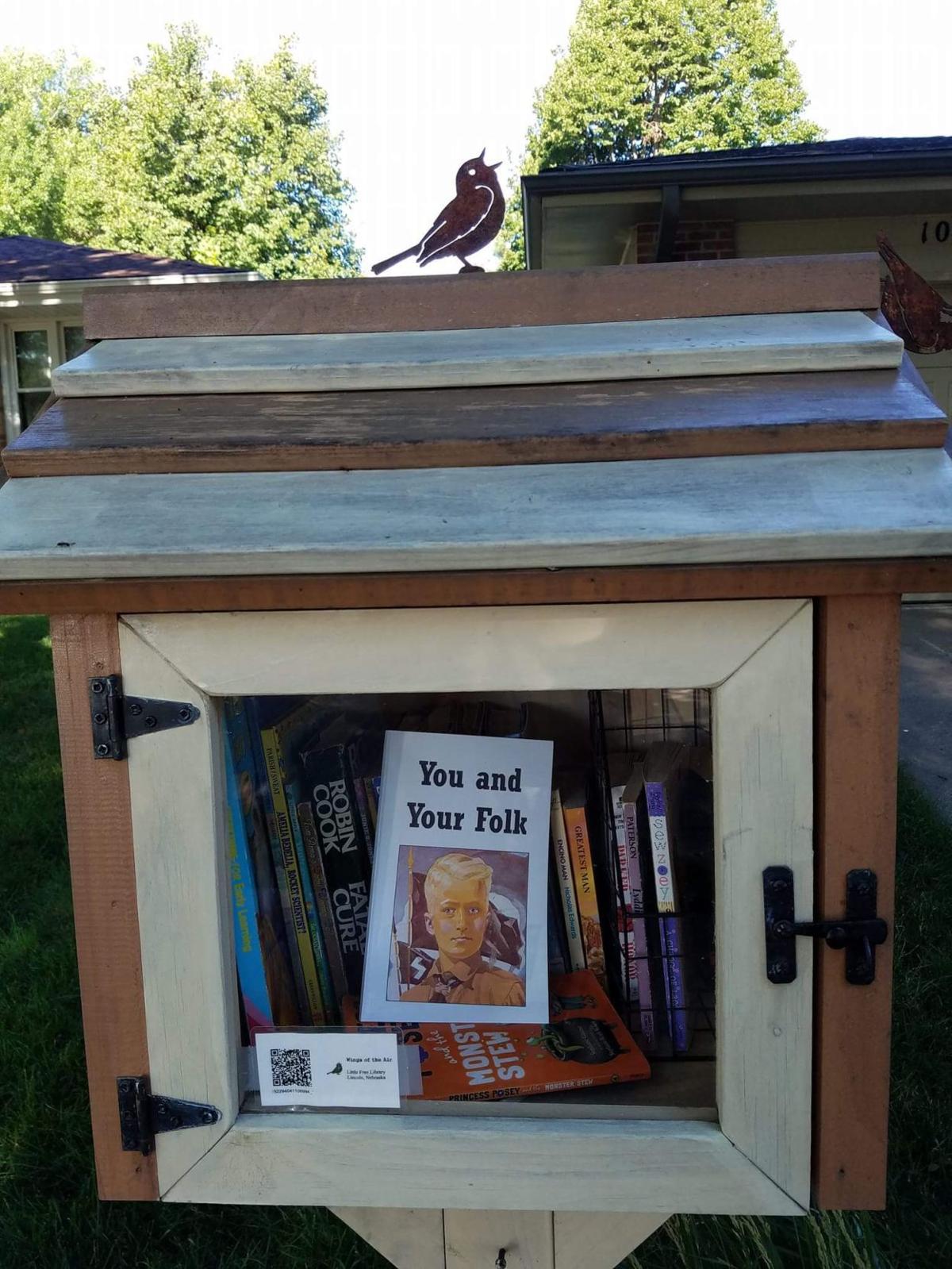 Lincoln’s Little Free Library stewards who were confronted with neo-Nazi literature tucked amid the children’s books and novels this weekend responded with a different message.

Signs that declare "Hate has no home here" and "Everyone is equal" now share space with Jill Stohs’ Little Free Library near 70th Street and Old Cheney Road.

“We have signs up now,” she said. “We posted on our Facebook page and told everyone we were one that was hit. We are disgusted by it. We will continue to do whatever we can to make sure our library is open to everyone. … We want to continue to be a voice for this and quash it as much as we can.”

Stohs was among at least 20 Lincoln stewards — including Lincoln Public Safety Director Tom Casady — who discovered neo-Nazi literature in their Little Free Libraries this weekend.

Their supporters have responded in kind.

Goldenrod Printing is designing bookmarks and signs with an inclusive message for the libraries, and Indigo Bridge Books has provided signs with similar messages to some.

Goldenrod co-owner Frank Roark said he was particularly bothered that the literature appeared to target children.

“This one hit a nerve with me,” he said. “We have enough crap going on now as it is with this sort of behavior and it just doesn’t belong there. You can picket, demonstrate, whatever, but this is an extension of people’s homes they’re sharing.”

The book found in the libraries is titled “You and Your Folk” and appears to be the same one that appeared in a number of Omaha’s Little Free Libraries earlier this month.

The book is a translation of Nazi literature given to German boys and girls, a product of Third Reich Books run by Gary “Gerhard” Lauck, a Nebraska man often referred to as the “Farm Belt Fuhrer.”

Lauck grew up in Lincoln and exported or smuggled millions of pieces of neo-Nazi propaganda in 10 languages to at least 30 countries, playing a major role in the resurgence of German neo-Nazism in the 1990s, according to the Southern Poverty Law Center. He spent four years in prison for his activities in the 1990s, and by the time he was released, the internet had supplanted him as a an easy propaganda source.

He said in an email that even though he published the books he wasn’t directly involved in the distribution to the Little Free Libraries, but that “various distributors have their own promotional campaigns.”

Typically, such incidents are the work of one or a small number of people who act anonymously to try to get a rise out of a community, said Mary-Beth Muskin, director of the Anti-Defamation League’s Omaha-based Plains states region.

The literature began showing up in Omaha in May and made a re-appearance in the city's Little Free Libraries this month.

Those targeted should remove the offending literature and report it to police or the league, which maintains an extensive database of hate crimes and incidents, she said.

In the last year, she said, the organization has seen a 29 percent increase in this region, which covers Nebraska, Iowa and Kansas. Nationally, there’s been a 56 percent increase.

“That’s why it’s important to call us when it’s not a crime. You never know when it’s going to turn, and if we have the data we can respond,” she said.

Casady, who has had a Little Free Library in his yard for a couple of years, read about the literature showing up in Lincoln and found one in his library Sunday.

The culprits are likely using the national Little Free Library registry to find the locations, which he finds “creepy and disturbing” — but probably not a crime.

“There’s nothing to report other than providing (police) with some general intelligence information,” he said.

Police have taken one official report, which it classified as a disturbance. Other stewards have called to let police know as well, though official reports haven’t been taken.

He recommended Little Free Library stewards do what he’ll do now — check more regularly on the contents.

“I think it’s a reminder that there are people out there with some pretty disturbing views trying to promote their viewpoint,” he said. “It’s not anything new, it’s just every now and again it steps up and makes itself more obvious and this is one of those cases.”

Jodi Nelson, one of the first people in Lincoln to build a Little Free Library near 74th and Van Dorn streets, found the discovery of the book in her library unsettling. She also thinks it should be a wake-up call to the community that such views exist here.

From now on, she’ll check her library more often and add a few new books of her own.

Maybe "Anne Frank’s Diary” or Mary Pipher’s stories of refugees titled “The Middle of Everywhere,” she said, to remind people what Little Free Libraries are about.

“Flip it into a positive,” she said.

To report the appearance of neo-Nazi literature or other "hate incidents" to the Anti-Defamation League's regional office in Omaha, visit omaha.adl.org or call 402-334-6570.

Lincoln Mayor Chris Beutler has condemned recent incidents of hate graffiti and thanked the community members who helped clean it up this weekend.

BELLEVUE — A Bellevue man who confessed that he'd killed his wife will be tried on a charge of first-degree murder.

A police officer busted three doughnut thieves as they fled a downtown Lincoln shop with a tray of fresh confections early Sunday, a police sp…

SHAWNEE, Kan. — The FBI is investigating the stabbing death of a Kansas woman as a hate crime.