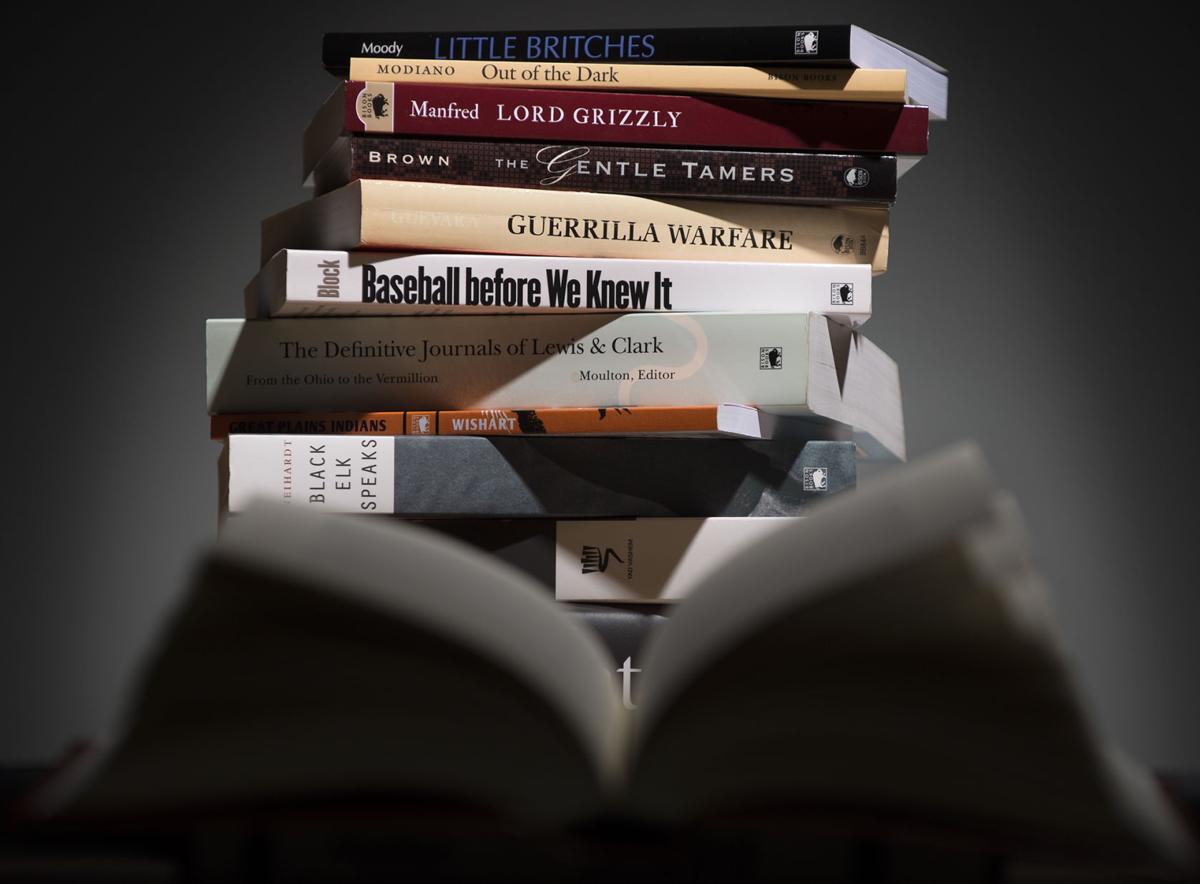 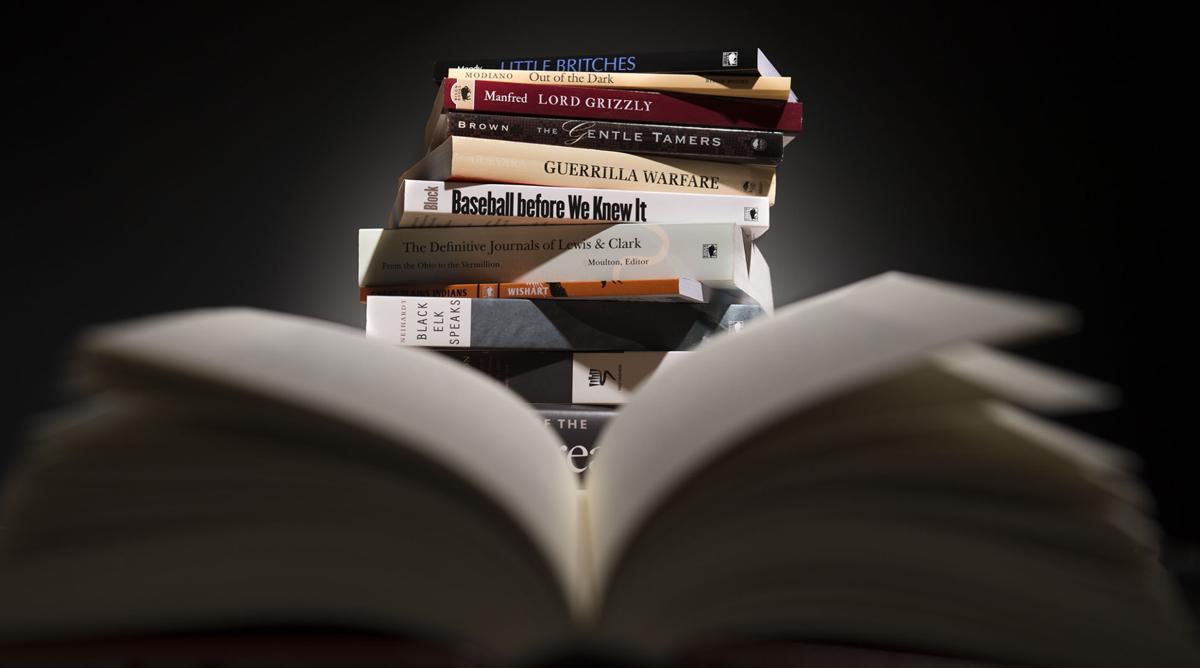 Books are produced, reprinted and read on electronic devices.

People communicate worldwide and instantaneously, without ever meeting in person.

Technology has changed the world. Replaced many a job. And all but eliminated the drawbacks of distance across oceans, continents and borders.

“In so many respects, it doesn’t matter how a book is produced or delivered or read," she continued. "The words still have to speak to the reader. The scholarly research still has to be important. In other words, the author still needs to produce good content. And UNP still needs editors to sift through the multitude of submissions to find the best works. ... At the end of the day, or the decade, or the century, content is still king.”

And Nebraska’s University Press will provide the literature for those who seek scholarly works, historical works on the Great Plains and Native Americans; and informative, thought-provoking reads on history, anthropology, American studies, cultural criticism, art and poetry.

University of Nebraska Press turned 75 this year. This past week, it concluded a year-long celebration with an open house and reception.

UNP -- as they call it -- has come a long way from November 1941 when then University of Nebraska Chancellor Chauncey S. Borcher hired a young and relatively unknown assistant editor away from Fordham University Press in the Bronx of New York to start up a new press at the land grant university in Nebraska’s state capitol.

“Emily Schossberger arrived on the Plains with little idea of what awaited her, limited knowledge of the expectations Boucher and the university had for her, and in no concept that in a few short weeks Japan would attack Pearl Harbor and rend asunder all normality as her adopted country then knew it,” the opening chapter of Big House on the Prairie reads. “Fortuitous timing and a fortuitous appointment as it would turn out.”

It was an era when universities were starting their own presses. The Association of American University Presses had started just four years earlier. By the time Schossberger arrived in Lincoln, 31 American universities had publishing programs -- six in the Midwest. UNP would be No. 7.

Today, University of Nebraska Press is the 12th largest in the nation. It is the largest and most diversified publisher between Chicago and California, according to Rosemary Vestal, UNP publicity manager.

In its 75 years, University of Nebraska Press has published more than 4,000 books and 30 journals. Each year it adds another 150 new titles under UNP as well as Bison Books, Potomac Books and Jewish Publication Society labels.

Its diversification and focus are credited with making UNP a profitable and highly respected press.

Shear is the UNP’s eighth director, arriving in 2009 from Northwestern University Press. Through her business-centric approach, UNP has not only rebounded from the Great Recession but surged forward adding more journals, more books and new publishing options to its repertoire.

But that is getting ahead of the story -- and the question of why should universities be in the publishing business, when the private sector businesses and now electronic technology can do the job?

Retired University of Nebraska Chancellor Harvey Perlman addressed that very question in his forward for “Big House on the Prairie.”

“... In my view, the University of Nebraska Press is at the core of our land grant mission. Notwithstanding the technological revolution, the printed book is far from obsolete, though technology has made our university press more efficient. If universities are integral to chronicling and preserving our culture -- a mission that I believe is critical to our society -- then our university press is one of our most important assets.

“The publication of scholarly works with audiences too small to attract commercial publishers provides an outlet for insights contributing to the social and scientific health of our country. The press has worked to preserve and disseminate the works of regional authors, who might be overlooked or lost in the algorithm of a Google search.”

University presses started as a means for academics to get their scholarly works reviewed by peers and published -- a track to earning tenure, Shear said.

Today, that mission remains at its core, but the scope of UNP’s publications have expanded far beyond that, she said.

In 1941, Schossberger was the lone UNP employee. The press’ first book was hardly a light read: “An Appraisal of the Nebraska Tax System" by E.B. Schmidt.

Needless to say, it was not really a best seller. Nor did it pass through the peer review system required of most scholarly works.

But every business must start somewhere and Schmidt’s “An Appraisal of the Nebraska Tax System” retains the legacy as UNP’s first, wrote Martyn Beeny, marketing manager, in “Big House on the Prairie.”

One year later the press published James C. Olson’s biography of J. Sterling Morton -- a longtime Nebraska newspaper editor and President Grover Cleveland’s secretary of agriculture. That book holds the honor as the first recognized book to come out of UNP, and the start of a legacy, Beeny wrote.

After the close of World War II, UNP and the university’s English department teamed to co-publish the literary quarterly “Prairie Schooner,” with the publication’s editor Virginia Faulkner agreeing to join as an assistant editor.

Nicoll, who led the UNP for 27 years, expanded the focus. A journalist by trade, “he believed a university press should publish books that people of all backgrounds and interests would read, not simply monographs for and by scholars,” Beeny explained in “Big House on the Prairie.”

To keep costs within the range of $1 to $1.50 a book, he sought to reprint cloth books that had long ago gone out of print. Reprinting rights to those books were inexpensive, and Nicoll saw Bison Books as a means to put “classics” into the hands of every man. Among Nicoll’s and Faulkner’s early picks: Mari Sandoz’s “Crazy Horse” and “Old Jules,” George Armstrong Custer’s “My Life on the Plains” and Wright Morris’ “The Home Place.”

Despite critical acclaim, the cloth book version of “Black Elk Speaks” was not a huge seller.

Then in 1971, talk show host Dick Cavett interviewed Neihardt, and sales of “Black Elk Speaks” surged. Paperback rights were eventually lost to Pocketbooks. Then in 1979, UNP won back the cloth rights, and in 1988 it resecured paperback rights. Later, UNP would again lose publishing rights, but in 2013 Shear brought the book back to UNP with a 10-year promotional plan.

"Black Elk Speaks" has surpassed all other UNP books in sales. This year it reached a milestone, selling its millionth copy.

In 1966, a Nebraska author named Roger Welsch published his first book with University of Nebraska Press. Fifty-years later he continues to publish through UNP.

Gilbert also is credited with publishing two of UNP’s most-prized works of all time: “The Journals of the Lewis and Clark Expedition (1983-2004), edited by University of Nebraska-Lincoln history professor Gary Moulton, and “Karl Bodmer’s America,” a joint publication with the Joslyn Art Museum.

Gilbert also hired designer Richard Eckersley and his wife Dika who brought new attention to UNP -- specifically bringing all book design in house and later making book covers almost as noteworthy as the books themselves.

Gilbert had said UNP needed to hire a “great designer of first rank,” maintaining that the designer’s talent and reputation would attract more authors to UNP.

Eckersley designed hundreds of books, jackets, covers, layouts, catalogs and posters during his tenure at UNP. He died unexpectedly in his sleep in 2006.

The loss was immense.

Meanwhile his designer wife, a notable talent in her own right, carried on.

“Big House on the Prairie,” offered the following insight:

“Like all good designers, she (Dika) instinctively knew that the tiny almost imperceptible details were of critical importance to the overall success of a publication."

Said one colleague: “In Dika’s world, books should -- and could -- be judged by their covers.”

Dika Eckersley died in the spring of 2015.

When Gilbert left UNP for a post at Cornell, his editor-in-chief Bill Reiger became UNP’s third full-time director.  Reiger expanded the press’ publications saying that while UNP wanted to maintain its image as a major publisher of books about the American West, it didn’t want to be only that.

He moved UNP into foreign translations and literature, particularly from France and Scandinavia. Years later, three of those translation authors received Nobel Prizes.

Reiger drew national attention of the University of Nebraska Press, which in turn has a positive effect on the bottom line. By its 50th anniversary, UNP had 2,000 books in print, was adding 100 new books a year, and had annual sales of $4.5 million.

In 2001, UNP received a $250,000 grant from the National Endowment of the Humanities to put “The Journals of the Lewis and Clark Expedition” online. It started the American Lives Series, published Ted Kooser’s "Local Wonders,” and hired a manager and assistant editor just to handle UNP’s nine journals.

Gary Dunham took over as director and reorganized the press. It was the first of two reorganizations.

In 2009, UNP sold its longtime warehouse in the Haymarket. Changes in the publishing world reduced the space needed to warehouse books, and the property in Haymarket district was extremely valuable.

Shear came on board and redefined Bison Books to solely represent books of the west. She switched to a print-on-demand model of publishing -- thereby eliminating the cost and time to print, warehouse and ship books across the globe. When possible, University of Nebraska Press coordinates a simultaneous release of e-books with the print editions.

Looking for growth opportunities, Shear tripled journal production to 30 publications. She formed business alliances and partnerships. Partnering with the Jewish Publication Society, one of the preeminent Jewish Bible publishers in the country.

“It was our way of growing without having to grow organically,” she said.

With the new additions, UNP surpassed $7 million in sales in 2015 -- for the first time in history -- and moved up in status with the American Association of University Presses, becoming the 12th largest university press in the country.

And, in 2013 Shear once again brought “Black Elk Speaks” back to UNP. The press has a 10-year plan to promote the book, as well as other John G. Neihardt works. In 2014, UNP published “Black Elk Speaks: The Complete Edition.”

These partnerships provide “a whole different aspect of publications,” Shear said, without ever straying from the “university’s scholarly mission of making the book available as widely as possible.”

Go to JournalStar.com to see the 75 most significant books in the University of Nebraska Press' 75-year history as well as a list of literary journals published by the press.

A list of the journals currently published by University of Nebraska Press:

75 significant books of the University of Nebraska Press

The following list was compiled by the staff at University of Nebraska Press. The list represents what staff believe is the most distinctive a…