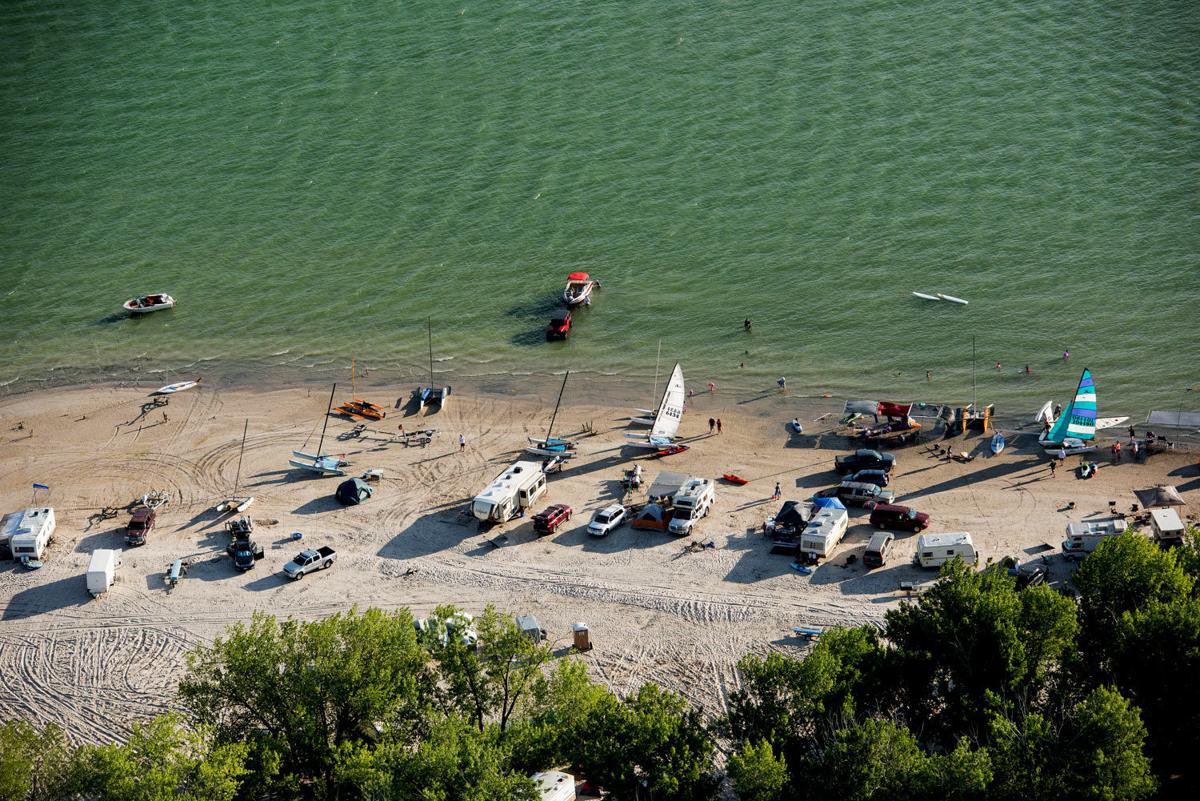 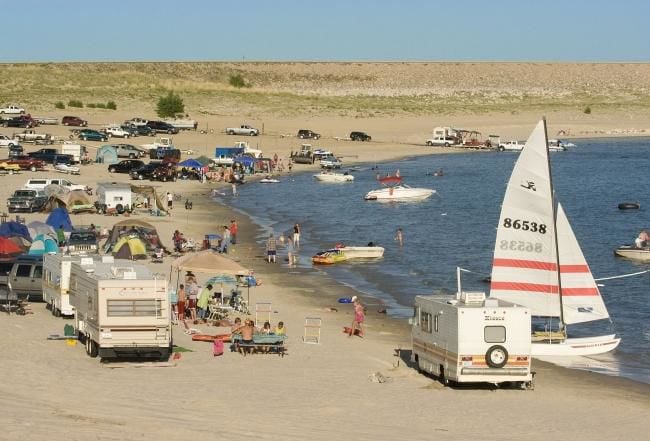 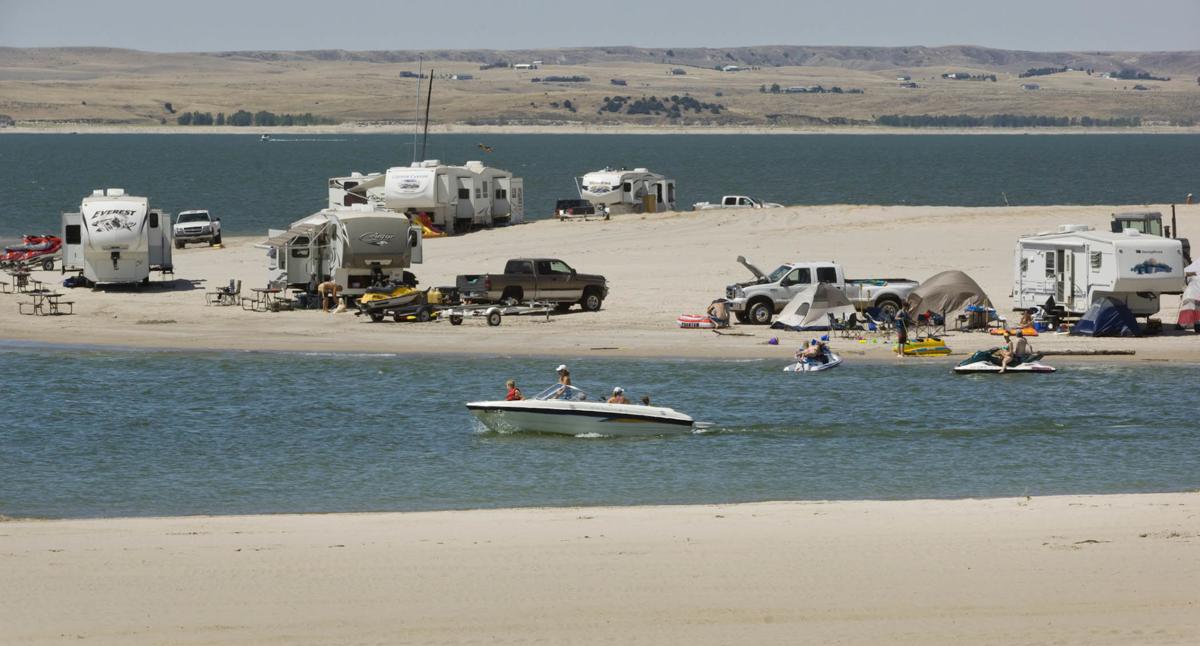 Beach camping at Lake McConaughy has always drawn a crowd. "It’s always been free reign," said Steve Seitler, who runs Scuba Steve's Outdoor Toys. "You pull up where you want on the beach and set up camp where you want." 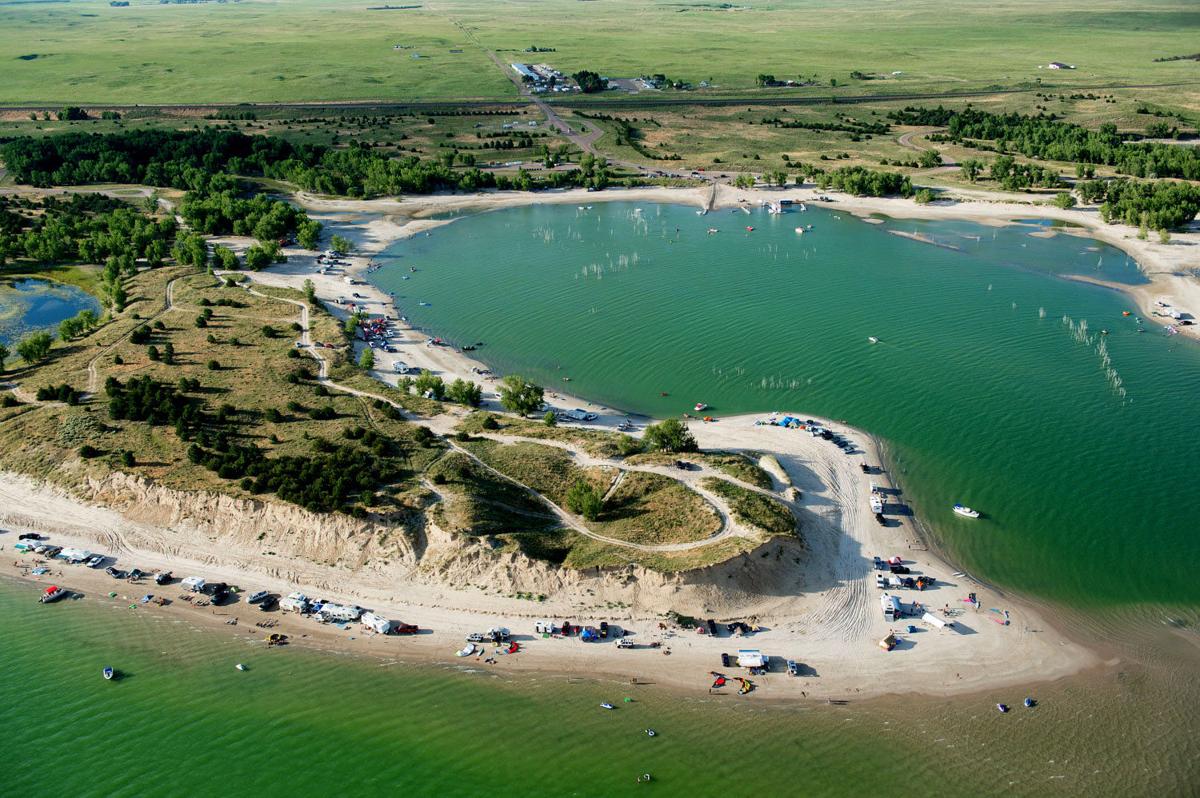 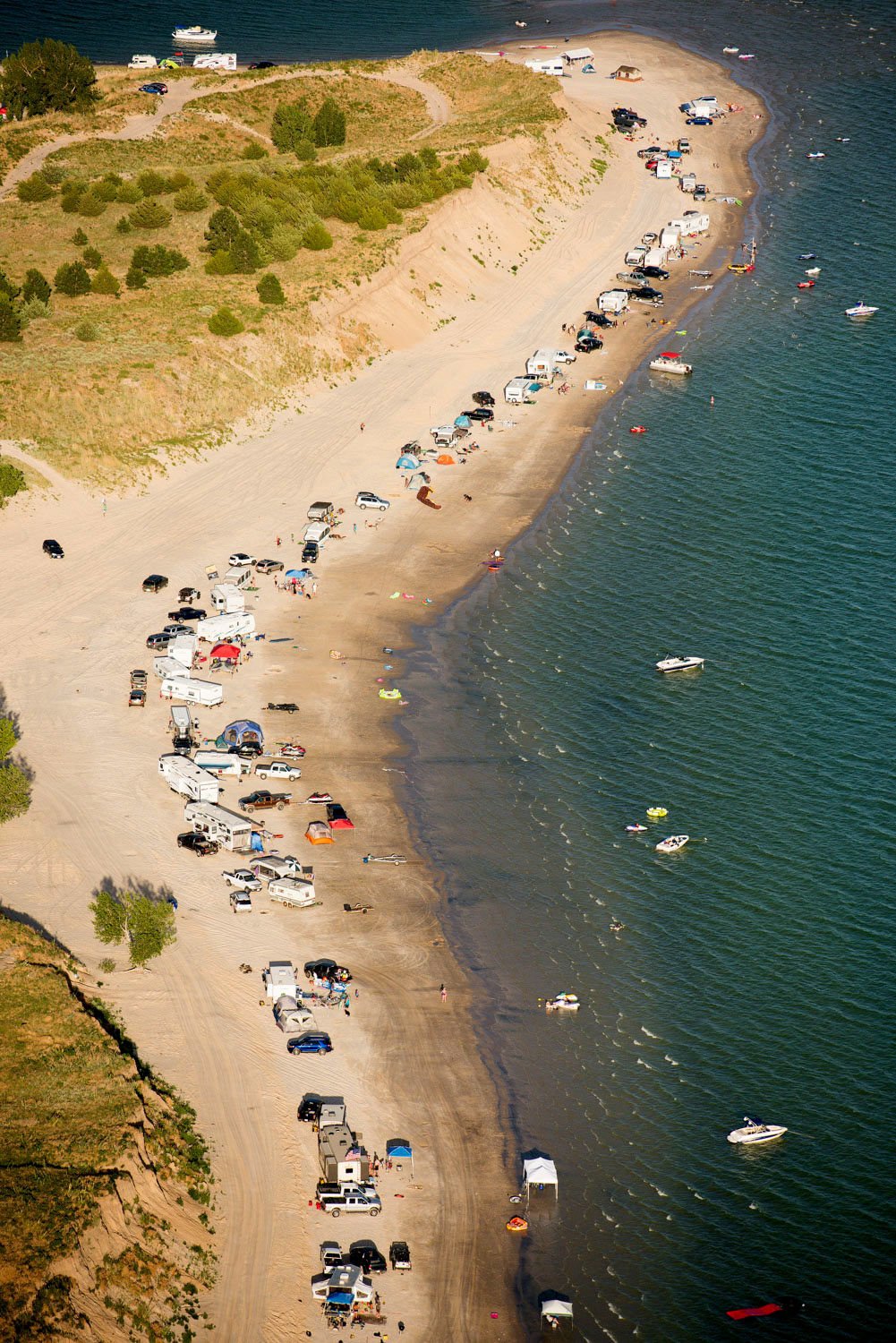 Beach camping at Lake McConaughy has always been a bit loose, which is part of the reason locals love it.

Show up solo or with 50 friends. Stay a night, or a month. You might have to endure thousands of neighbors — and their occasional bad behavior — but being on the water is worth it.

“It was awesome,” said Jeff Lutz, a banker in Ogallala. “You would park your camper wherever you could find a spot near the beach, and everyone pretty much had beachfront property.”

Lutz was speaking in past tense, because he and others in Ogallala are worried a western Nebraska way of life could be over — that plans to restrict beach access and limit campsites will eliminate the longtime allure of the state’s biggest lake.

“It’s a major historical change,” said Steve Seitler, who runs Scuba Steve’s Outdoor Toys, south of the lake. “They’re slowly pushing to block off the beach. And that’s the biggest thing that draws people to the lake.”

But it’s been drawing too many people, Colby Johnson, regional park superintendent for the Nebraska Game and Parks Commission, told a lake user in a recent email outlining the state’s proposals. And the volume is causing too many problems.

And to do it immediately.

So starting this season, Game and Parks plans to take steps to reduce day use and overnight camping. Among its proposals:

* Designating roughly 600 campsites at McConaughy and nearby Lake Ogallala, with about 180 of those sites on six beach campgrounds. (Lake levels could dictate campsite availability.)

* Requiring reservations for all overnight camping.

* Enforcing vehicle and occupant limits — one vehicle and eight people, and either two tents or a tent and a camping unit — at each designated campsite.

* And researching regulation changes to ban alcohol at the lakes.

“Change is always not easy,” parks administrator Jim Swenson said Tuesday. “It’s going to change the way the lake is used to some extent. All in all, it’s going to create a safer, more friendly camping experience out there.”

The changes are still proposals and must be approved by Game and Parks commissioners, who meet later this month. And before that happens, the state plans to have a public information open house Jan. 16 at the Lake McConaughy Visitor Center.

He expects some pushback, Swenson said, but the state is proposing changes that the public and first responders requested.

“There’s been a lot of requests publicly for us to do something given the large crowds and the related behavior that comes with those crowds.”

And even those fighting for continued access will admit the lake can get chaotic, especially on holiday weekends when tens of thousands of people show up to cool off.

“We’re out there and we’re trying to have a good time with our families, but there’s drunk people everywhere,” Lutz said. “You get people out there, they’re bringing kegs of beer. You got people who are jumping out of boats, getting in boats drunk.”

Said longtime camper Chris Williams: “You have your issues. You go out there and you have people that are disrespectful, but you have that everywhere.”

Keith County Sheriff Jeff Stevens called dealing with lake disturbances a constant battle. His deputies work alongside Game and Parks officers and state troopers, he said, but the agencies are short-staffed.

“For the most part, everybody out there is having a good time and there are lots and lots of good families. But it just takes a handful to cause a ruckus.”

He didn’t yet know enough about the state’s proposals to say whether his office would support them, the sheriff said.

Lake users and business owners worry the changes will deal a one-two punch to the area. First, they could keep longtime campers away.

“If we can’t pull our camper down on the beach and camp, then we’ll find somewhere else to go, which will suck, because that’s my favorite place in the world,” Williams said.

And if that happens, business owners are worried about the financial blow. They plan to meet Wednesday in Ogallala to discuss their concerns, gather business statistics and compose a statement to present at the upcoming open house.

But the consequences are clear, said Seitler, who sells and services boats and RVs. If campers and beachgoers stop coming to Keith County, he said, his business will suffer. RV and boat storage companies will suffer. Convenience stores will suffer.

“It’s going to trickle down on all of us.”

Conditions are ripe for a repeat of last spring's severe flooding.

MITCHELL — Out where Wyoming is only a 15-minute drive away, some Panhandle conservationists are seeking to improve on Mother Nature.

OGALLALA — A Colorado man has been accused of fatally beating a man in western Nebraska during a fight over the July Fourth holiday.

OGALLALA — Authorities say a 22-year-old Lincoln man died after his personal watercraft collided with another at Lake McConaughy.

Northeast Nebraska farmer back at work after cutting leg from auger

The Pender farmer gained notoriety in 2019 for cutting through flesh and muscle with his pocket knife to free his leg after it had become caught in a grain auger.

On the surface, the gray, drab American coot is an unassuming bird similar to a duck. But its chicks are another story.

Beach camping at Lake McConaughy has always drawn a crowd. "It’s always been free reign," said Steve Seitler, who runs Scuba Steve's Outdoor Toys. "You pull up where you want on the beach and set up camp where you want."