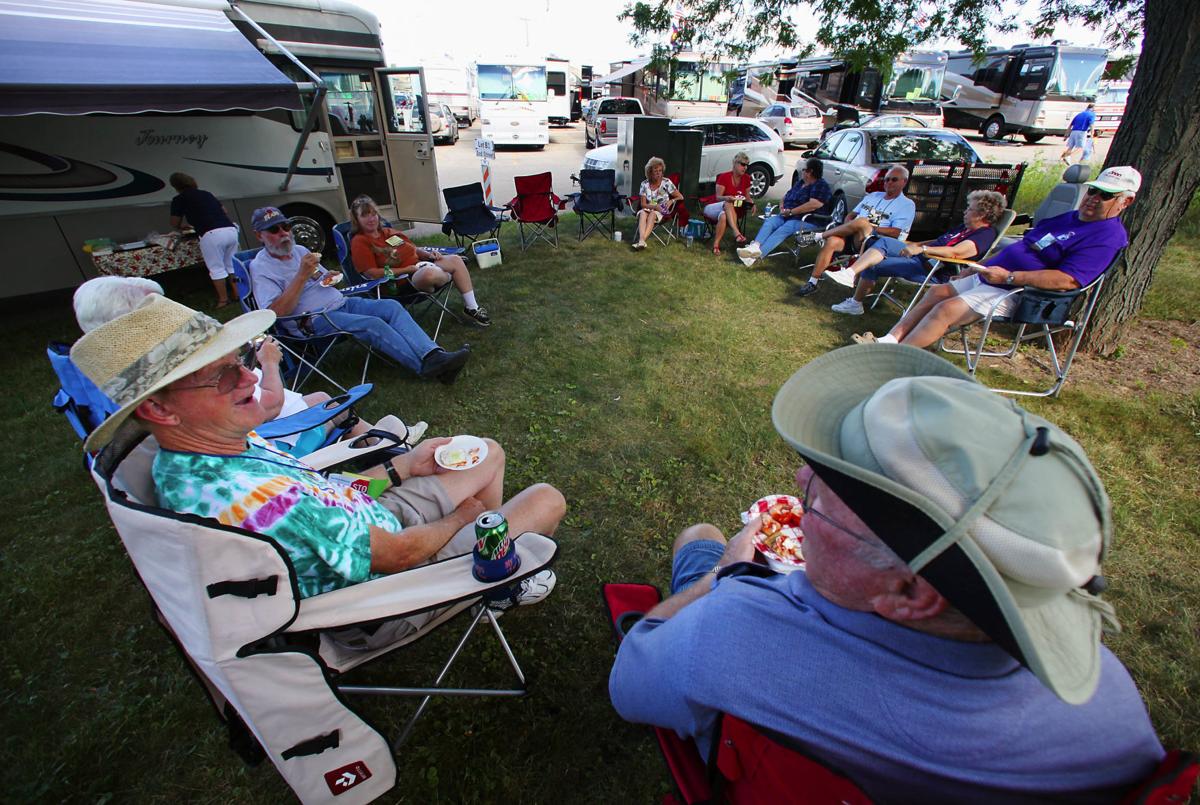 A group of friends picnic on the grounds of the Alliant Energy Center in Madison, Wis., in August 2011 at the Family Motor Coach Association Family Reunion and Motorhome Showcase. The group's convention will come to Lincoln this year. 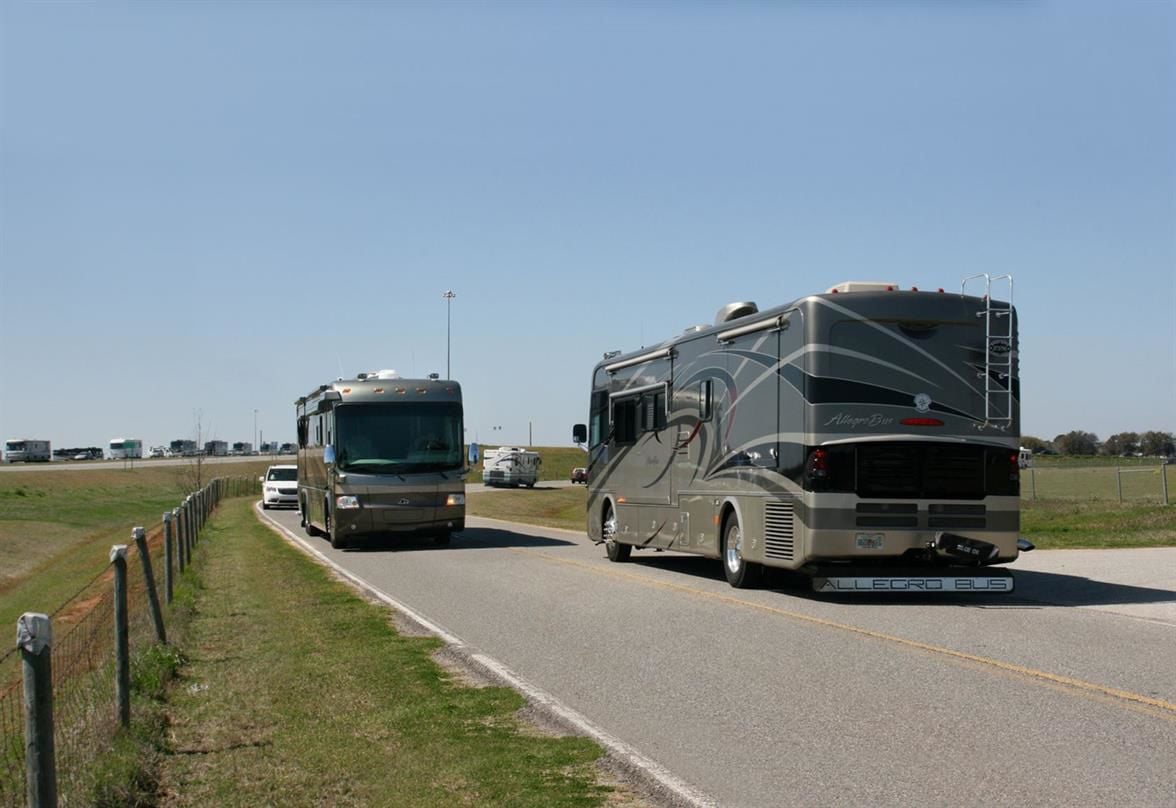 The Family Motor Coach Association RV Club will have its international convention and expo in Lincoln in August at the Lancaster Event Center. 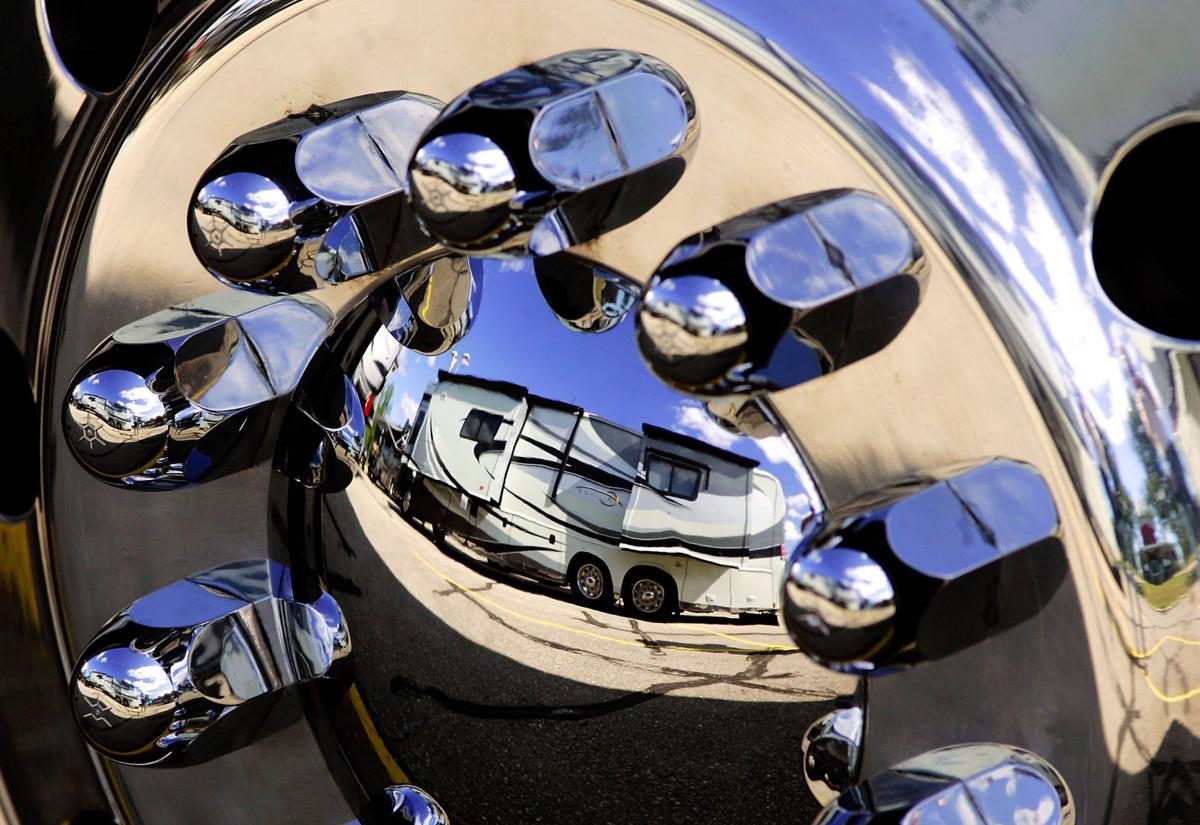 Lots of chrome and fine exterior designs can be seen at the Family Motor Coach Association Family Reunion and Motorhome Showcase in Madison, Wis., in August 2011.

Next summer is going to be a big one for the Lancaster Event Center.

In addition to the National High School Finals Rodeo, which will bring nearly 1,600 competitors and their families to the fairgrounds at 84th Street and Havelock Avenue for a week in July, the event center has also landed another large national event.

The Family Motor Coach Association's RV Club announced that its 102nd International Convention and RV Expo will be coming to Lincoln on Aug. 26-29.

It will be the first time the group has brought its convention to the state.

FMCA national President Jon Walker said in a news release that the group is excited to come to Nebraska, which will be the 34th state to host one of its events.

"The Lancaster Event Center is a first-class facility that should meet our needs well," Walker said.

The RV Club's summer 2020 event had originally been slated to be held in Syracuse, New York, but was moved to Lincoln after there were complications securing that venue.

Amy Dickerson, managing director of the Event Center, said the fairgrounds had already been in contact with the RV group about hosting events thanks to a campground expansion as part of $3.6 million in improvements made to host the rodeo.

“We were already talking with FMCA about working Lincoln into their rotation maybe in 2023, but the group came to us a couple weeks ago to ask us to bid on their August 2020 convention, which had another state host location fall through at the last minute,” Dickerson said.

She said Lincoln was quickly selected as a finalist and in the end won the bid for the event, which is projected to attract more than 2,000 RVs and hundreds of staff and vendors. The convention includes a trade show, entertainment, seminars and social gatherings involving approximately 5,000 attendees.

The Family Motor Coach Association, which has more than 150,000 active members, holds events twice a year, once in the spring and once in the summer. The spring event is set for March 26-29 in Tucson, Arizona.

Last year's summer event in Minot, North Dakota, in August had nearly 1,800 RVs and 120 exhibitors, but officials from the group say Lincoln could bring in more visitors thanks to its central location and being a first-time host.

“Lincoln is a vibrant capital city, and RV families and exhibitors will be able to explore all that it and the surrounding area have to offer,” Doug Uhlenbrock, FMCA events director, said in the news release.

The Event Center's expanded campground will have room for 1,250 vehicles, and the FMCA  will bring in generator-powered electric service for overflow RVs staged in parking lots.

The national group estimates the economic impact of conventions in similar-sized cities at $10 million to $15 million.

"With thousands of visitors ready to come to Lincoln next year for the National High School Finals Rodeo and now the FMCA Convention, the Lancaster Event Center is set to host premier events during the busy summer travel season, adding a tremendous boost to our hotels, restaurants and attractions," said Jeff Maul, executive director and vice president of the Lincoln Convention & Visitors Bureau. "We are excited to see these events in our backyard at the Lancaster Event Center in 2020."

Year out from rodeo, improvements full steam ahead at Event Center: 'Lincoln's never done anything like this'

A 690-mile drive west of Lincoln, the community of Rock Springs, Wyoming, just concluded its latest go-round with an event billed as the world…

The sound of music will fill Lincoln in 2021 when the International Society of Bassists convention comes to town.

Nebraska may not be for everyone, but more people appear to be checking it out

In April, the Nebraska Tourism Commission launched its tongue-in-cheek state promotion to nearby Colorado, Iowa, South Dakota, Kansas and Minn…

Census: Lincoln among top areas for seniors in workforce

Nearly one out of four people of retirement age is still in the workforce in the Lincoln area, which is among the highest rates in the country.

Marty and Jerry Minchow don't want a campground at U.S. 77 and Davey Road. Neither does Marlene Tracy.

An endowment and donations will help pay for new seats at the Ross.

OMAHA — A new monthly survey of business supply managers suggests the economy is growing slowly in nine Midwest and Plains states as the U.S. …

City Hall: Lancaster County Board in no rush to make rules on campgrounds after applicant withdraws

Lancaster County Board members recognize the county lacks rules for campgrounds, but commissioners Tuesday punted an opportunity to establish …

Event Center Managing Director Amy Dickerson said Thursday they were examining what Gov. Pete Ricketts' decision to allow rodeos nearly everywhere in the state next month would mean for the coveted national event.

A group of friends picnic on the grounds of the Alliant Energy Center in Madison, Wis., in August 2011 at the Family Motor Coach Association Family Reunion and Motorhome Showcase. The group's convention will come to Lincoln this year.

The Family Motor Coach Association RV Club will have its international convention and expo in Lincoln in August at the Lancaster Event Center.

Lots of chrome and fine exterior designs can be seen at the Family Motor Coach Association Family Reunion and Motorhome Showcase in Madison, Wis., in August 2011.