Thanks for reading! Log in to continue.
Enjoy more articles by logging in or creating a free account. No credit card required.
Log in Sign up Become a Member
You have permission to edit this collection.
Edit

Despite stagnant wages at the national level, some jobs are still dishing out big salaries. 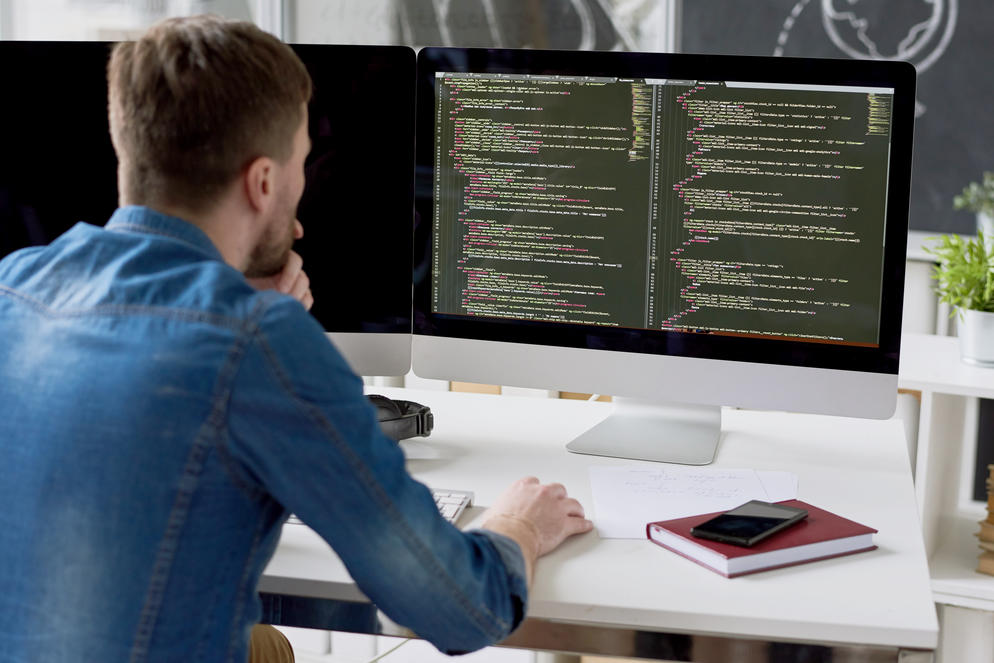 Sharp increases in the price of goods is putting strain on wallets and keeping real wages stagnant. According to the Bureau of Labor Statistics, over the last 12 months, the consumer price index—a measure of the change in prices for a selection of consumer goods and services—rose 2.8%, up from 2.5% in April. This inflation rate represents a six-year high, which, in part, resulted in real average hourly earnings for all employees remaining unchanged from May 2017 to May 2018. For production and nonsupervisory employees, there was a 0.1 decrease year over year.

Despite stagnant wages at the national level, some jobs are still dishing out big salaries, roughly two times or more than the national annual mean wage of $50,620. Although occupations requiring an advanced degree, such as those in the fields of law and medicine, are well-known for high salaries, most of the popular high-paying jobs in the U.S. don’t require an advanced degree. In addition, many of the most popular high-paying jobs are expected to grow faster than the 7.4% national average over the next ten years, suggesting job security in addition to financial stability for these career paths.

Researchers at LiveCareer, an online resume builder, wanted to find out not only which professions paid the most, but which high-paying professions were the most popular. Below is the list of the most popular jobs with an average annual wage of at least $100,000, ranked by current total employment. Many of these occupations fall into the categories of healthcare, management, or computers and technology, and all but one require at least a bachelor’s degree. The list also notes the projected growth rate for each of these fields. Here are the most popular jobs paying over $100k. 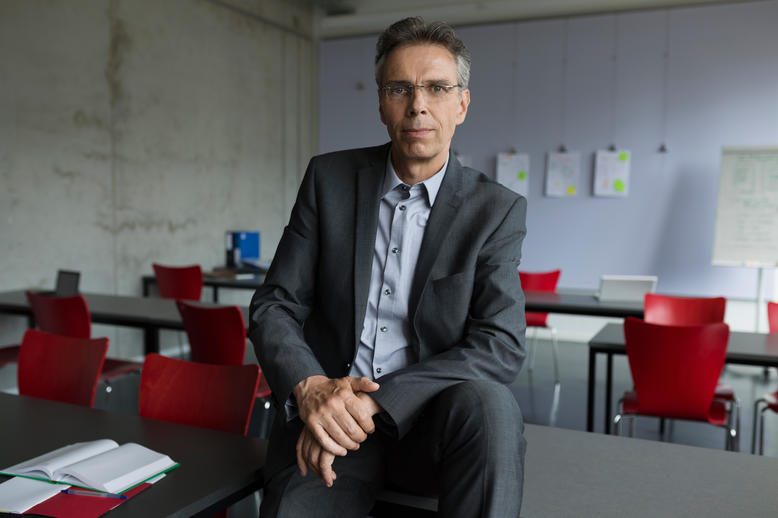 With a salary of $100,270, postsecondary business teachers (also known as business professors) teach courses in business administration and management at the undergraduate or graduate level. Topics under this umbrella may include accounting, finance, human resources, labor and industrial relations, marketing, and operations research. The duties of business teachers vary, as some may focus exclusively on teaching while others do a combination of teaching and research. There are currently 84,340 business teachers in the U.S., and the field is projected to grow 18.1% by 2026. To become a business teacher, you will need a doctoral or other professional degree, such as an MBA. 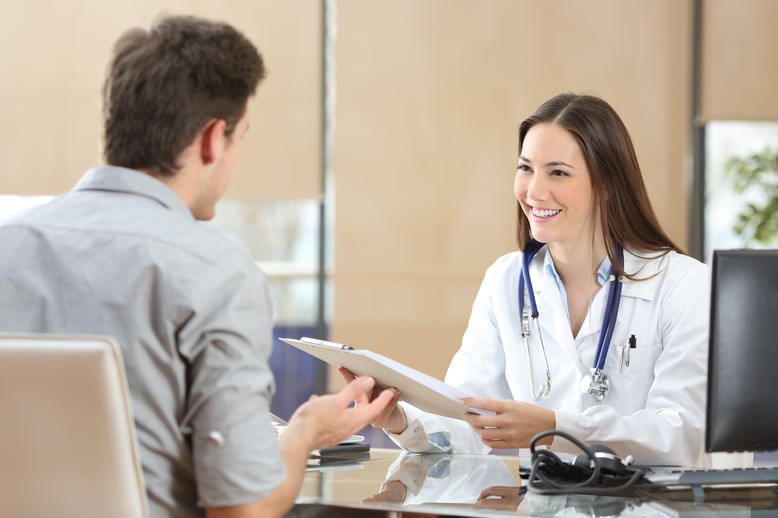 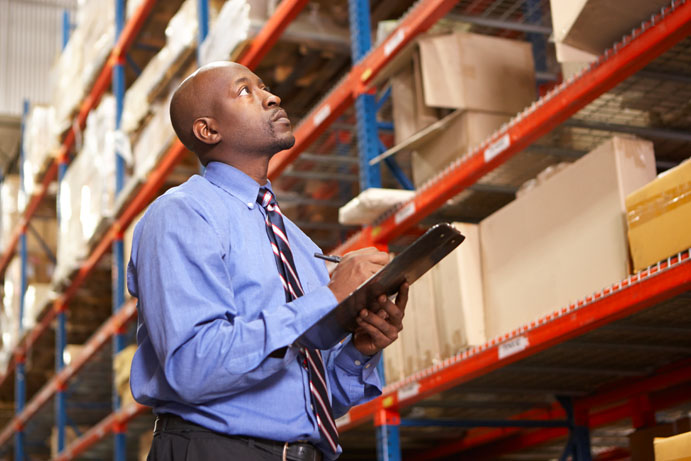 Transportation, storage, and distribution managers are responsible for coordinating transportation, storage, or distribution activities based on company policy and relevant legislation. There are 118,680 people who hold this occupation, which is expected to experience a modest growth of 6.7% by 2026. This is the only occupation on this list that does not require a college degree, and it has an annual mean wage of $100,740. 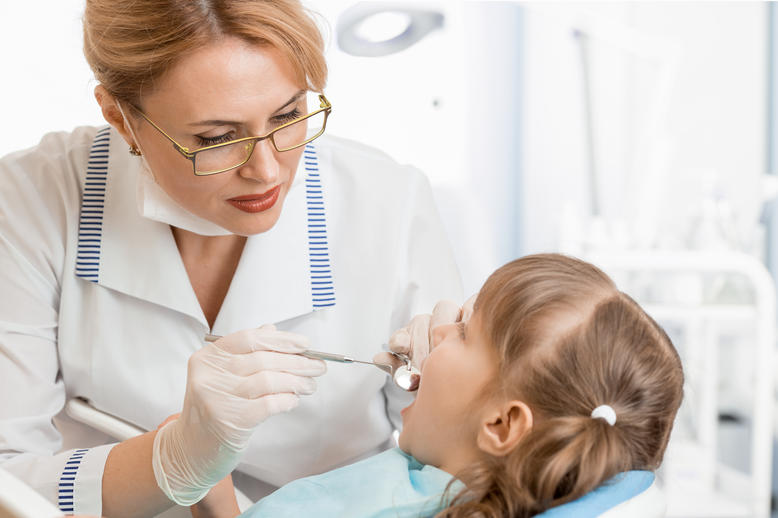 Dentists are responsible for diagnosing and treating oral hygiene problems, as well as providing checkups on teeth and the gums. There are 125,300 dentists in the U.S., and this number is expected to grow a significant 19.1%. This increase is likely due to the aging of the U.S. population. Dentists are required to have an advanced degree in dentistry, and they make an annual mean wage of $180,010. 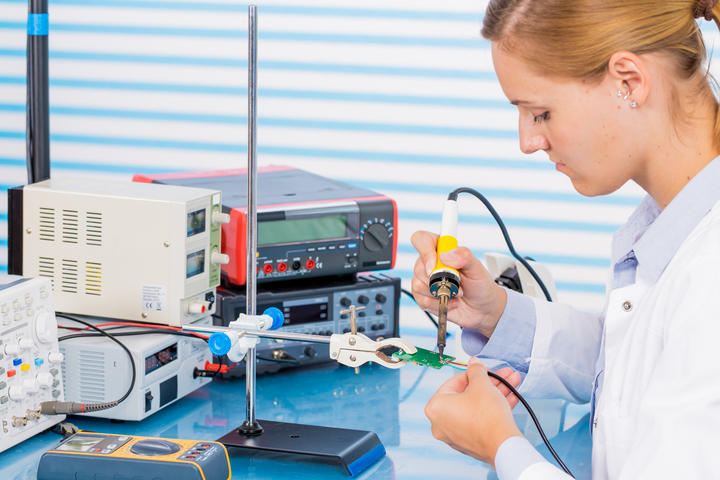 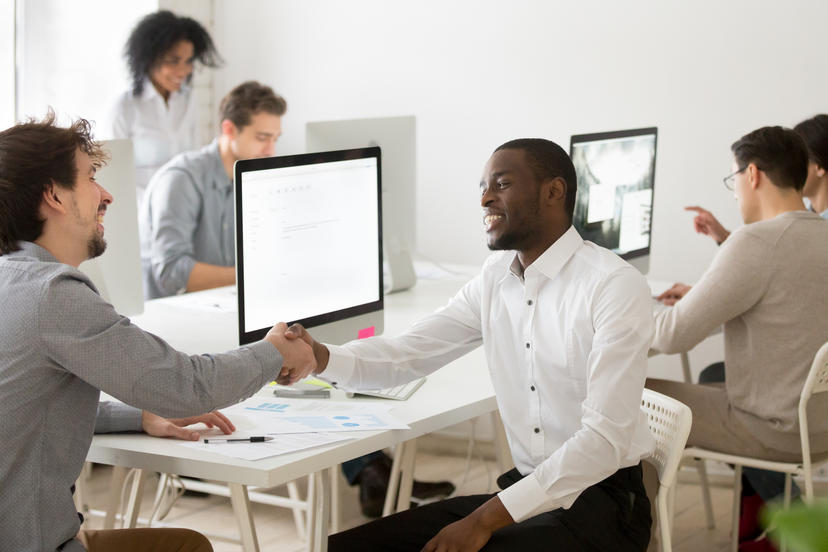 Human resources managers coordinate an organization’s human resources activities, which might include hiring, onboarding, and ensuring compliance with all federal, state, and local employment laws. The annual mean wage is $123,510, and a growth of 9.1% is expected from 2016 to 2026. Human resources managers need a bachelor’s degree, although there are also graduate programs available for human resources. The numbers shown here do not include managers, who primarily focus on compensation and benefits or training and development. 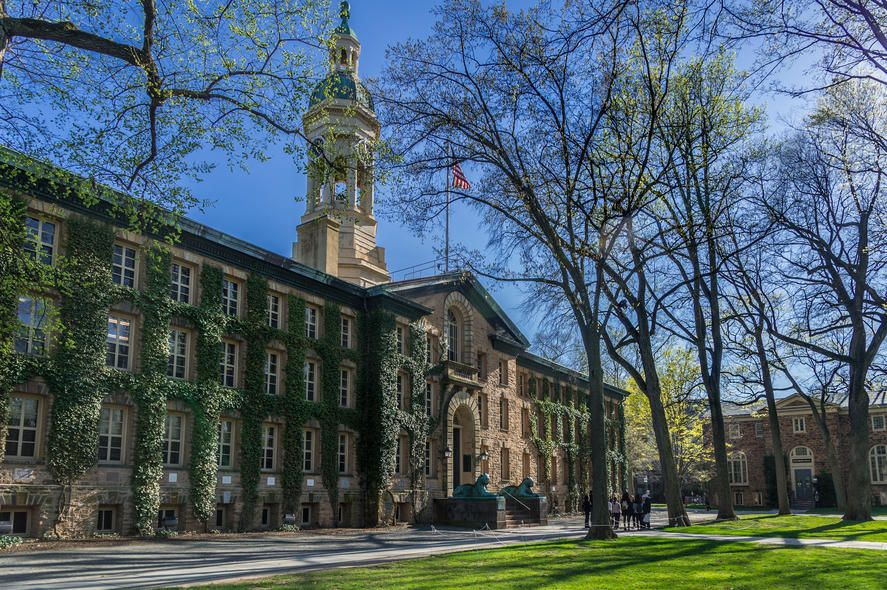 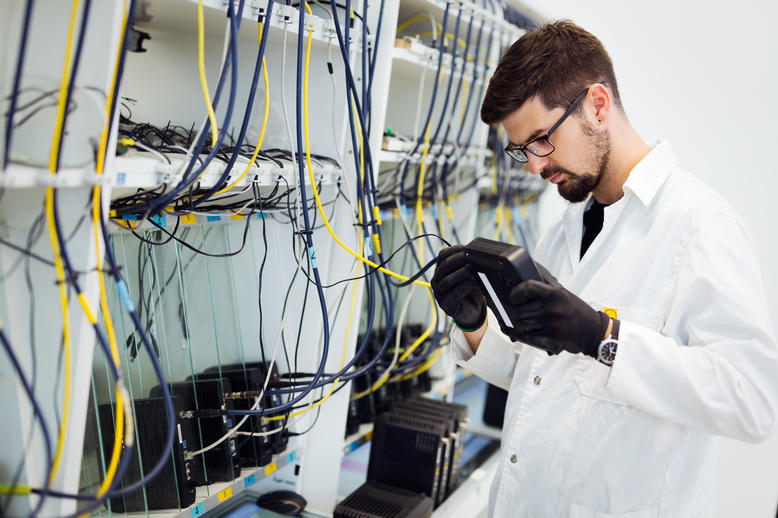 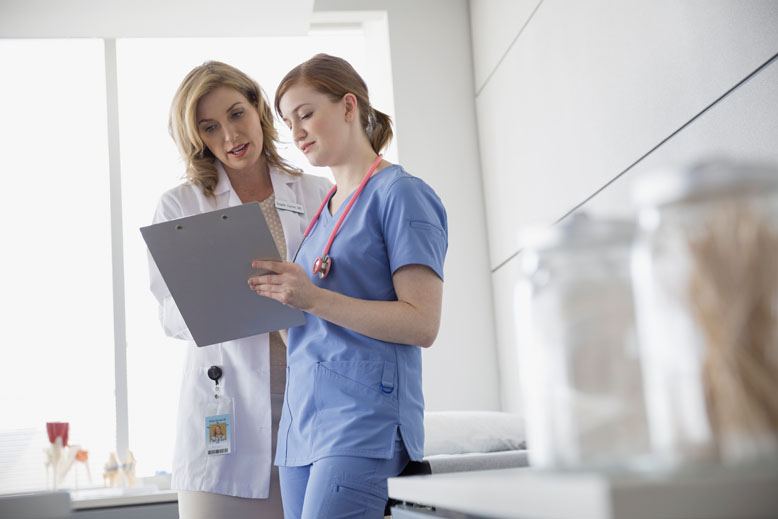 Continuing the theme of the importance and high compensation of healthcare providers, nurse practitioners have an annual mean wage of $107,480. This field is in high demand, with 36.1% projected growth by 2026. Like physicians, nurse practitioners diagnose and treat illnesses, and may perform or interpret diagnostic tests. They also have the ability to write prescriptions. Nurse practitioners are required to have specialized graduate education. 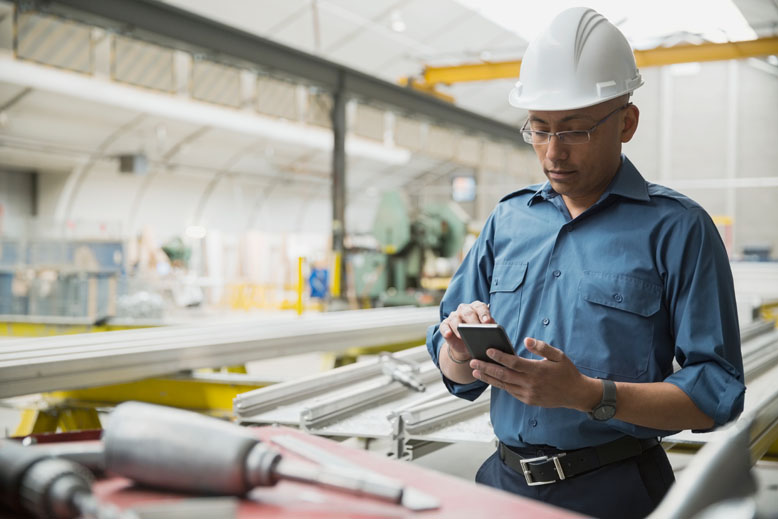 Industrial production managers supervise the daily operations of manufacturing plants and coordinate the production of manufactured goods, such as cars and computers, based on a set of parameters for cost, quality, and quantity. Although there are currently 171,520 people holding this job, job outlook is expected to decrease by 0.5% by 2026. The annual mean wage is $110,580, and a bachelor’s degree is usually required. 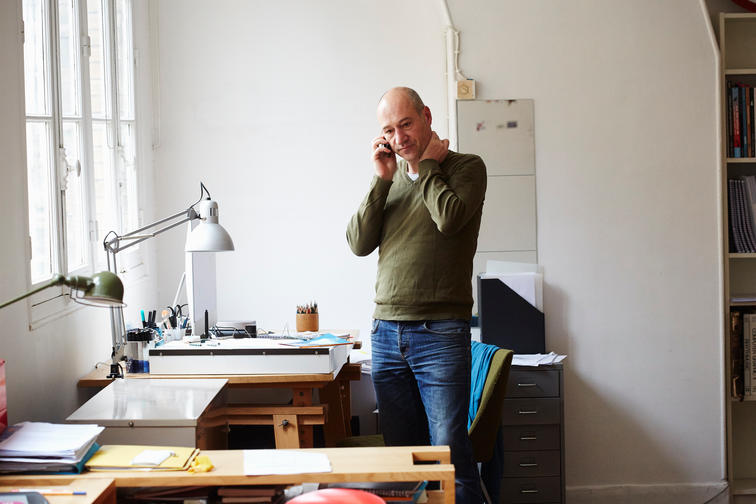 Architectural and engineering managers usually work in-house for a larger Architecture/Engineering firm and are tasked with managing a team for a specific project, or coordinating research and development initiatives. There are currently 179,990 people employed in this field, which is expected to grow a modest 5.5%. A bachelor’s degree is needed, though many managers also hold an advanced degree in architecture, engineering, or urban planning. 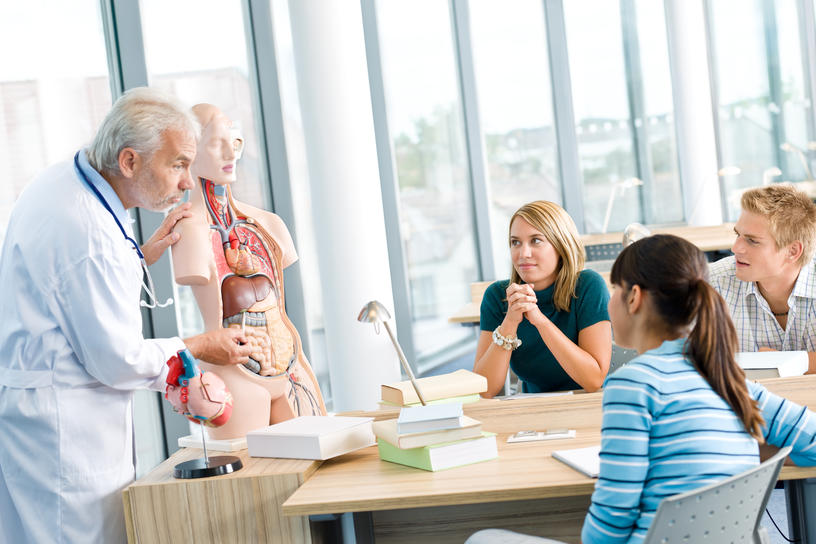 With the need for more doctors, nurses, and other healthcare professionals on the rise, the need for teachers who specialize in those fields is also expected to increase. The number of health specialities teachers in postsecondary institutions is expected to grow 25.9% by 2026. Health specialities teachers may teach subjects such as dentistry, medicine, pharmacy, public health, therapy, or veterinary medicine. The average wage is $122,890, and this job requires a doctoral or professional degree, such as an MD. 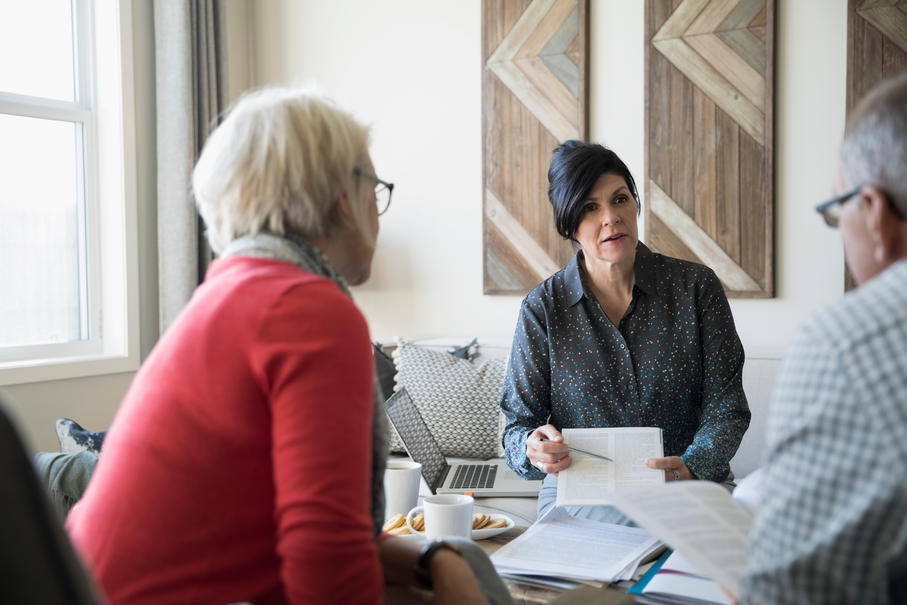 Not to be confused with accountants or securities sales agents, personal financial advisors assess clients’ assets, liabilities, cash flow, insurance coverage, and tax requirements to advise them on a variety of financial strategies, including investment, insurance, pensions, and real estate. The average wage is $124,140 and total employment is 200,920. Financial advisors typically have a bachelor’s degree. 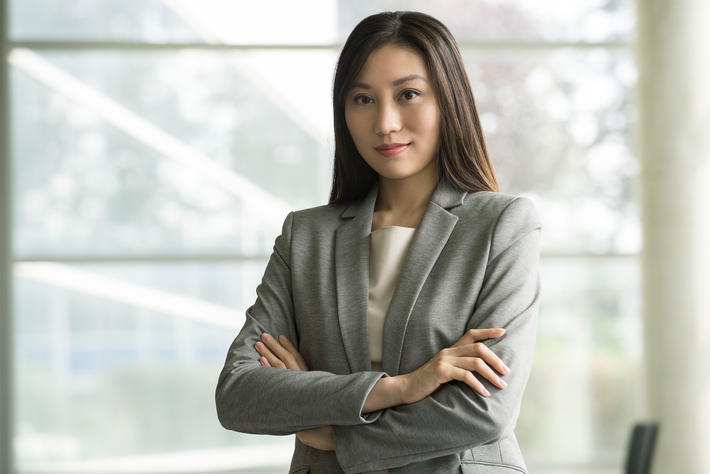 Chief executives oversee the overall direction of an organization, such as a nonprofit, a startup, or a large corporation, with the help of lower-level staff managers. The decisions that a chief executive makes are often based on guidelines established by a board of directors or other stakeholders. Chief executives usually have a bachelor’s degree or higher, and the annual mean wage is $196,050. Unlike most of the occupations on this list, chief executives have a negative projected job outlook, meaning the number is expected to decrease from its current 210,160 total employment. 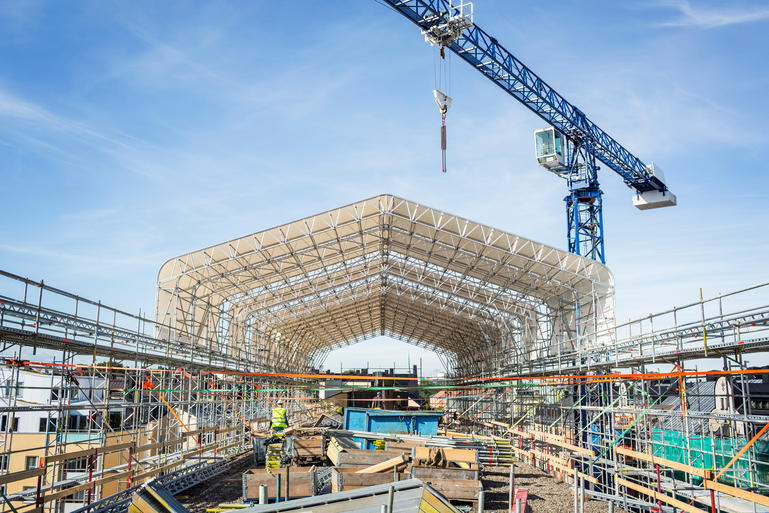 With a mean salary of $101,000, construction managers have one of the lowest salaries on this list. Job responsibilities include managing subordinate supervisors and overseeing activities related to the construction and maintenance of buildings, facilities, and systems such as plumbing or HVAC. Construction managers work closely with architects and engineers to conceptualize a new building or system and develop the project from blueprint to construction. Most construction managers will have a bachelor’s degree, and must be adept at scheduling and budgeting skills, which are acquired and refined on the job. 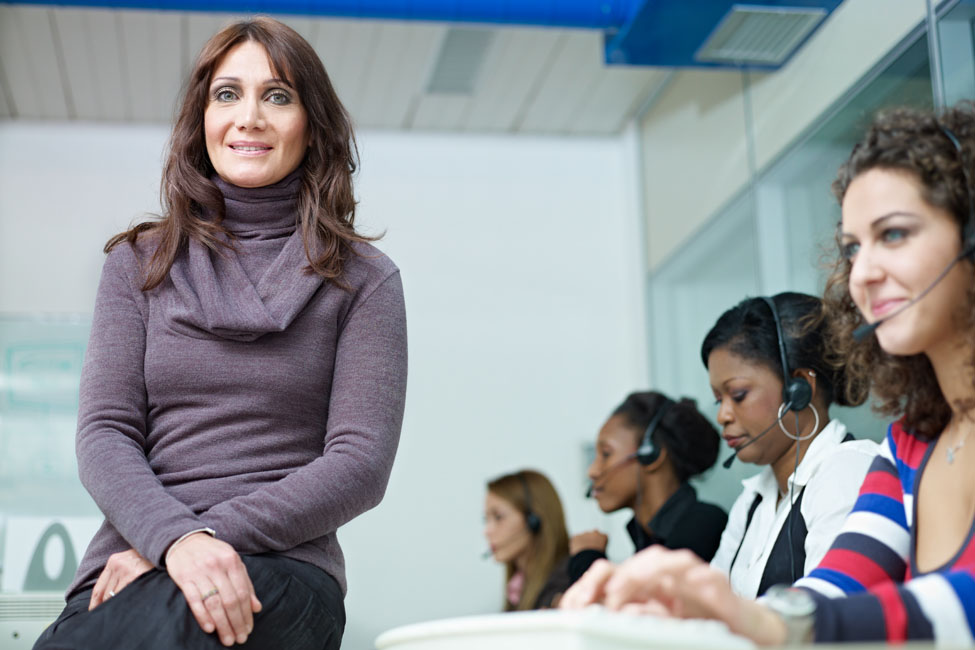 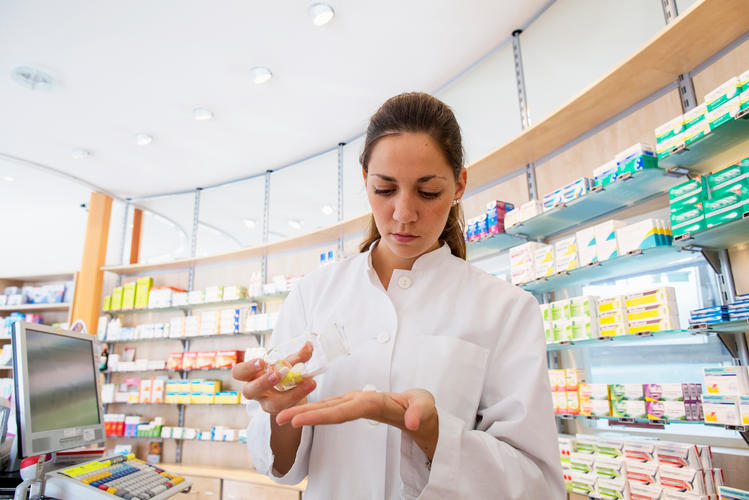 Pharmacists are responsible for dispensing medications prescribed by physicians and other health practitioners, as well as educating patients about proper dosage and side effects. There are 309,330 pharmacists in the country, and the field is expected to grow 5.6%, lower than the overall growth rate for all occupations. The annual mean wage is $121,710. Pharmacists require specialized education through pharmaceutical degree programs. 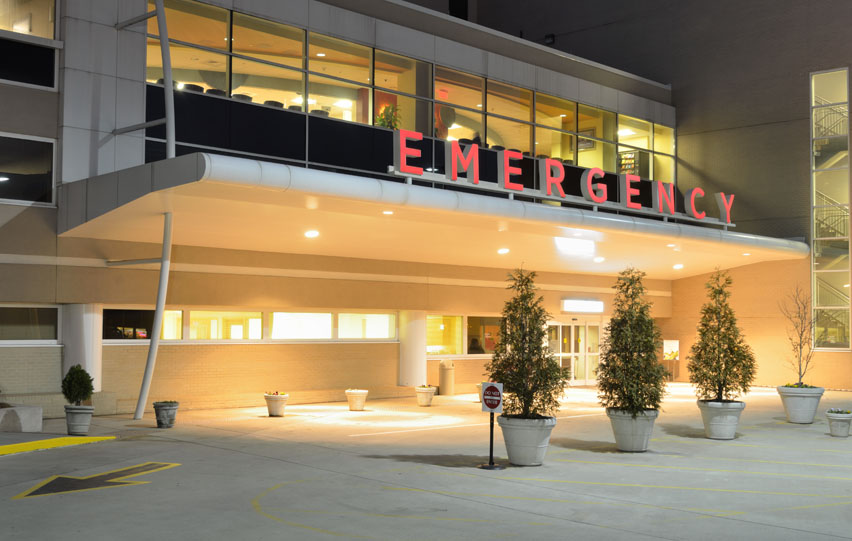 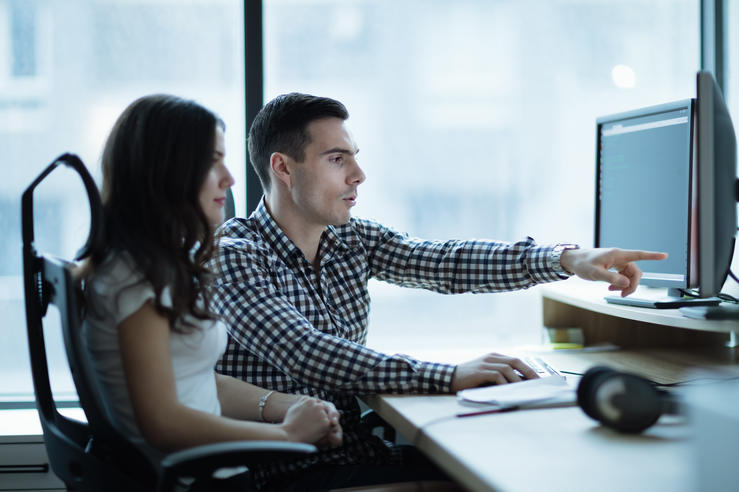 Computer and information systems managers (often known as IT) work within a company to handle activities related to data processing, information systems, systems analysis, and computer programming. On a more conceptual level, they also work with an organization’s broader management team to determine technology goals and then choose and implement the appropriate computer systems and technology to achieve those goals. The total employment is 365,690, with an average wage of $149,730. Only a bachelor’s degree is required for this field, which is projected to grow 12% by 2026. 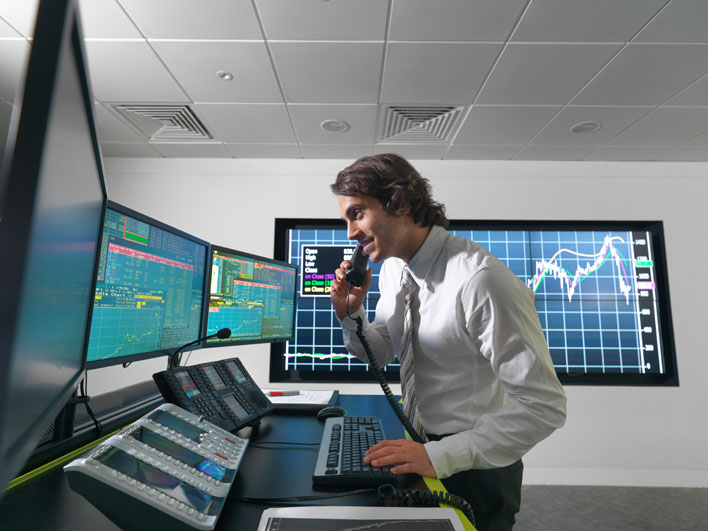 Financial managers coordinate an organization’s financial activities, such as accounting, investing, banking, and insurance. The total employment for financial managers is 569,380, with a mean wage of $143,530. This is also a fast-growing field, with a job outlook of 18.7%. Financial managers have at least a bachelor’s degree, though some may also pursue a master’s degree or MBA. 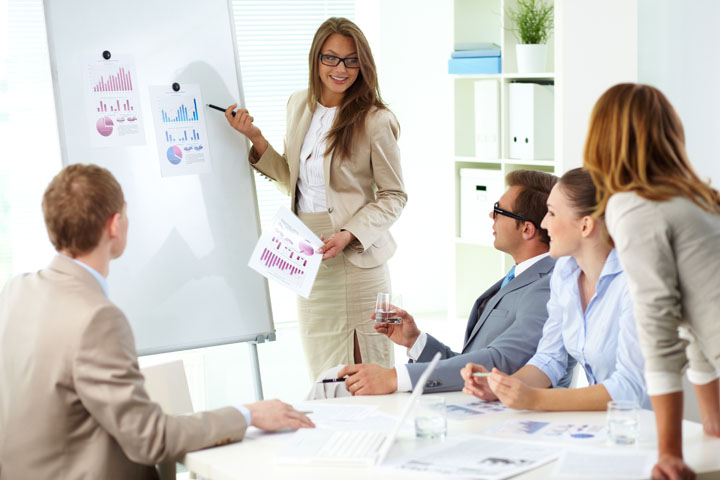 Marketing and sales managers are tasked with developing strategies to grow revenue by attracting new clients or retaining existing ones. Sales managers usually direct client-facing sales teams within an organization, while marketing managers direct marketing teams that create advertising collateral and other content for a broader potential audience. Marketing and sales managers set sales targets or quotas, analyze data to determine which sales tactics and marketing campaigns are working, and train staff to achieve quarterly goals. The annual mean wage is $140,600 and typically only a bachelor’s degree is required. 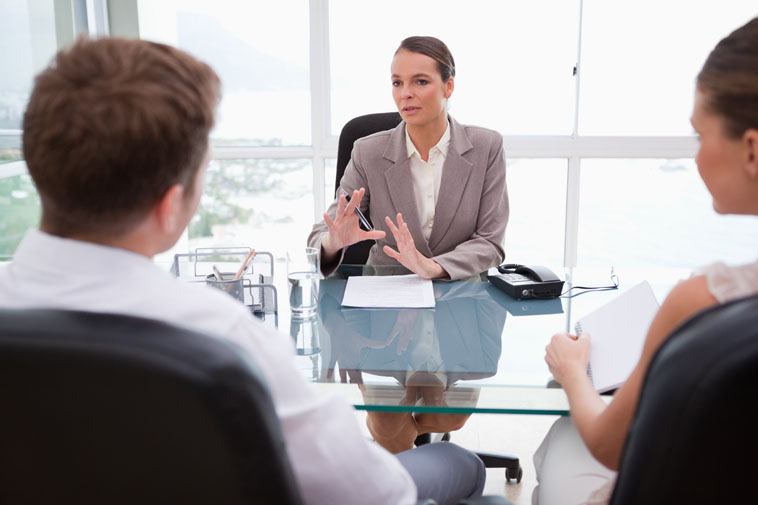 There are 628,370 lawyers in the U.S., and this number is projected to grow by 8.2%. Although the annual mean wage is $141,890, pay for lawyers varies significantly, with public defenders generally making less than lawyers who work for private firms. Lawyers represent clients in criminal and civil cases, draft legal documents (such as wills or contracts), or advise clients on legal transactions. Lawyers might work in contract law, defense law, personal injury, patent law, medical malpractice, or another legal field. Lawyers require a Juris Doctor (JD) and must pass their state bar exam in order to be licensed to practice law. 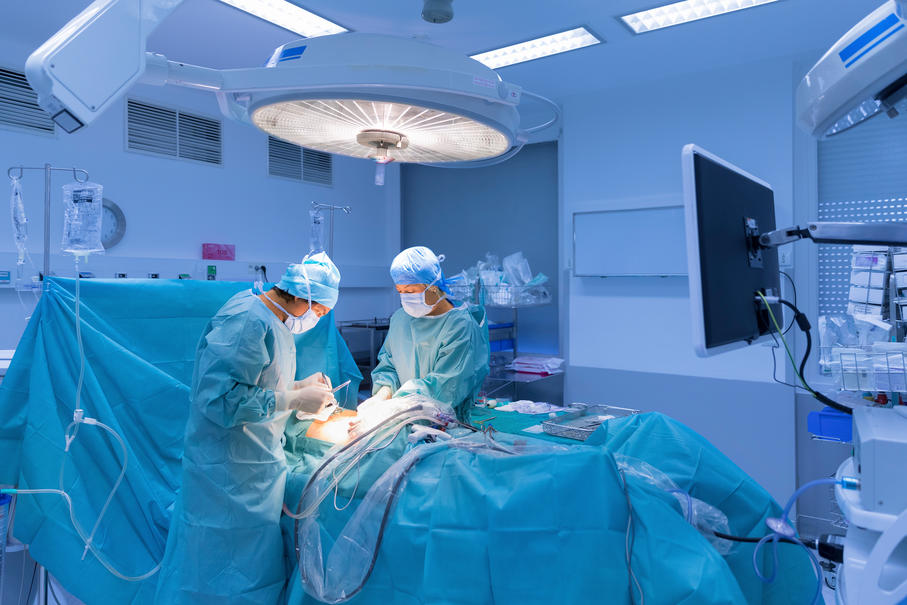 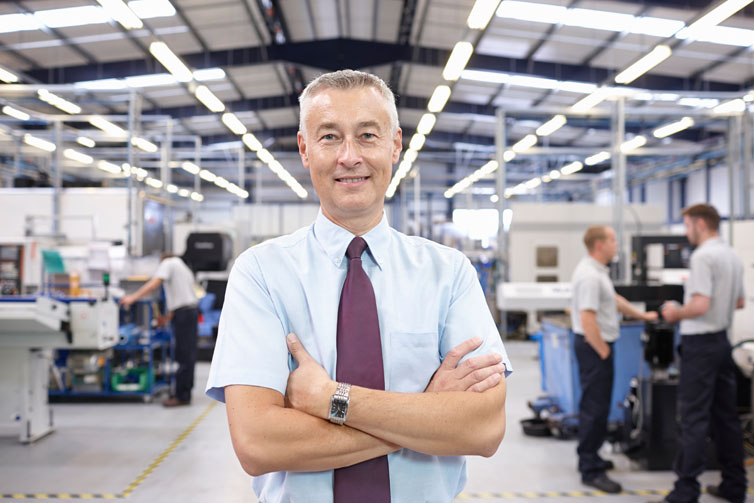 Total employment is an estimate of the number of workers who can be classified as full- or part-time in a given occupation. It does not include self-employed, owners and partners in unincorporated firms, household workers, or unpaid family workers. Annual mean wage reflects gross pay, exclusive of premium pay such as overtime, severance, and tuition reimbursements. A complete description of both employment and wage estimates can be found here.

To identify the “most popular six-figure jobs,” occupations with an annual mean wage of less than $100,000 were excluded. The remaining occupations were ordered by their total employment. To improve the overall quality and usability of the final list, certain detailed occupations were grouped into their corresponding broad occupational category. You can access step-by-step guidance with resume writing for any of these professions using LiveCareer’s free resume builder.

Related to this collection