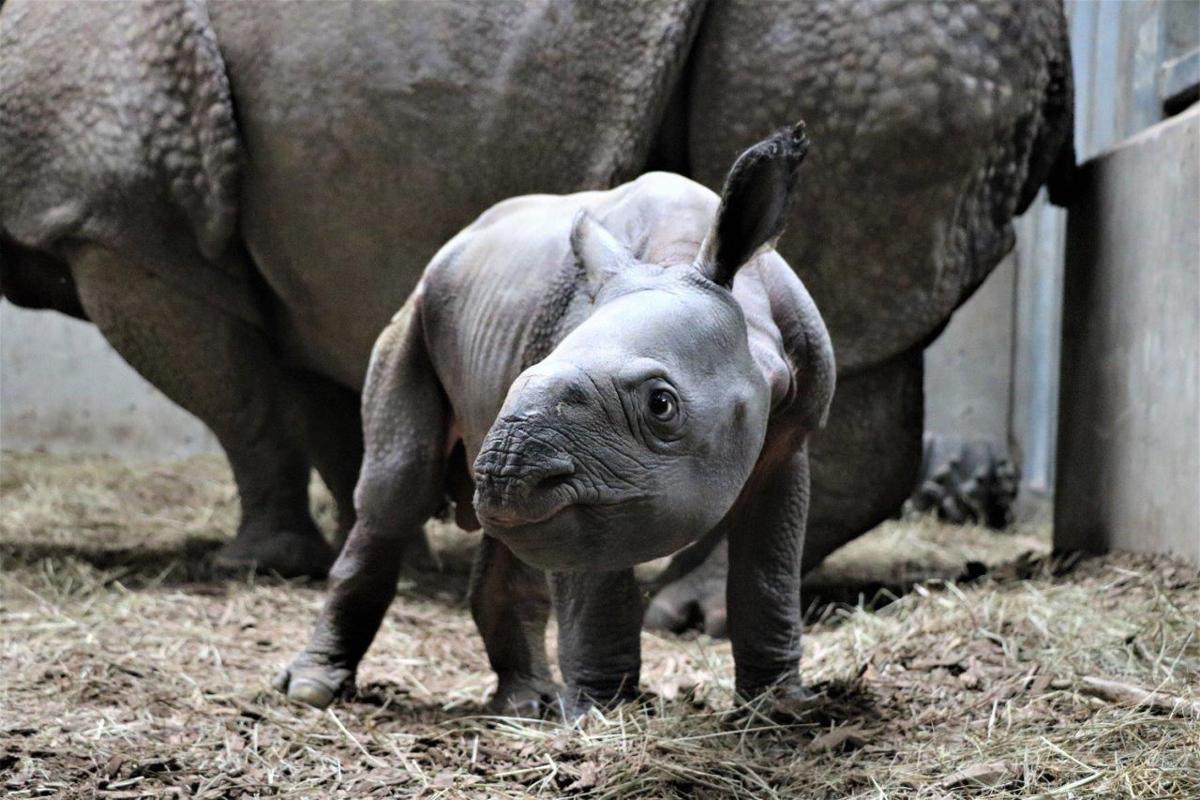 An endangered Indian rhino calf was born at Omaha’s Henry Doorly Zoo and Aquarium on Aug. 30. 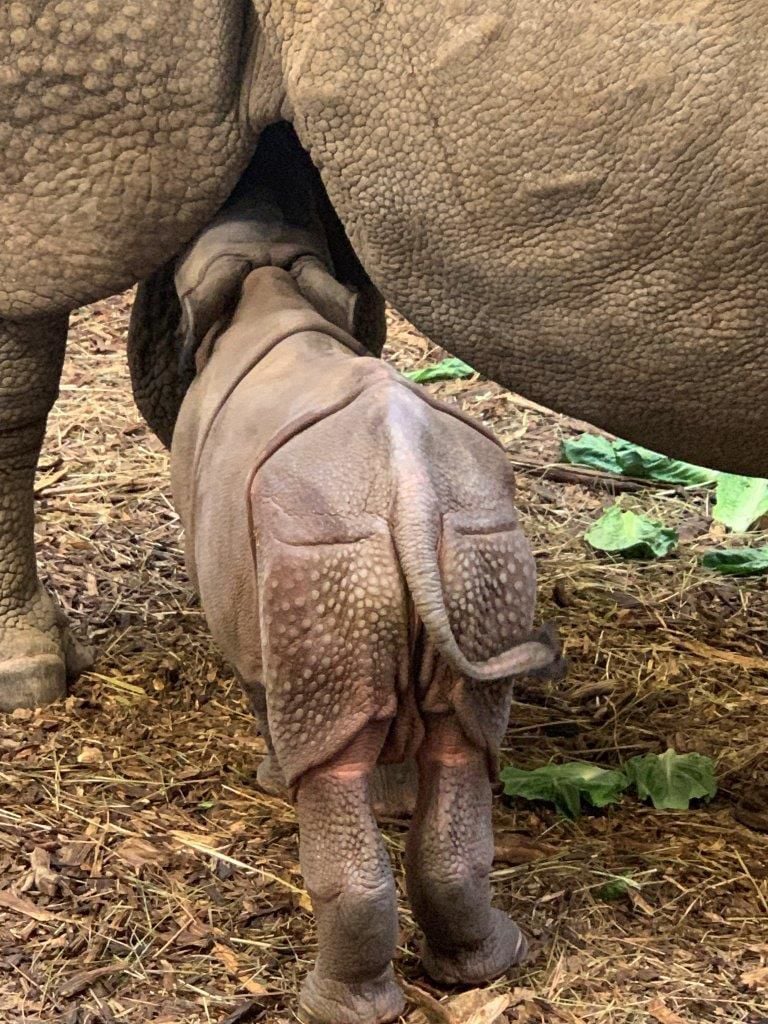 The Omaha zoo's rhino calf nurses with its mother, Hellary.

After years of matchmaking and a 16-month pregnancy, an Indian rhinoceros gave birth last week at the Henry Doorly Zoo and Aquarium in Omaha, the zoo's first rhino birth in its 120-year history.

The calf, believed to be a male, is the culmination of at least two years of behind-the-scenes work by zoo staff to cultivate a relationship between the zoo's two Indian rhinos, 11-year-old female Hellary and 11-year-old male Jontu.

Dr. Monica Stoops, the zoo's lead reproduction scientist, said the pair's relationship was once one-sided, with Hellary often showing her interest to mate and Jontu meeting it with "annoyance."

Stoops said that type of behavior isn't uncommon for rhino pairs in captivity. She said males typically need to search out a mate, so placing the rhinos in the same space stunted their relationship.

"He needed to have that 'I’m seeking you out' desire," Stoops said.

Also, both rhinos didn't have any prior experience, further complicating zookeepers' attempts to have them mate.

"The pair were both novices, meaning neither really knew what was expected for the mating process," Stoops said.

Zoo staff eventually turned to biology. They separated the rhinos during the day to simulate the "seeking desire" Jontu needed, Stoops said.

Just before the pair were to be moved into the zoo's new Asian Highlands exhibit last year, sparks flew and Hellary and Jontu finally mated.

"It was great for the staff, because the breeding that took place was right before they moved to their new exhibit, so it was kind of like this hurrah," she said.

Stoops said the first-time mother has done an excellent job caring for her calf.

"During birth, the instincts just kicked in naturally," Stoops said. "She helped him feed and even did a mock charge toward some of the keepers once, but she has calmed since."

Zoo staff are also "baby-proofing" a habitat for the calf, which weighed about 120 pounds at birth. One of the biggest concerns the staff is addressing is a mud wallow in the Asian Highlands area, according to manager of communications Diane Kohout.

The wallow is one of Hellary's favorite spots to relax, but staff is worried the newborn calf will follow its mother into the mud and may be too weak to get out.

Zoo officials hope to put the calf on public viewing soon. It will be named at the zoo's fundraiser Zoofari on Sept. 13.

OMAHA — The Omaha zoo has euthanized one of its white rhinos.

A bison calf born at the end of May now has joined the herd at Wildlife Safari Park in Ashland.

Two king penguin chicks that hatched in March are now on display at the Henry Doorly Zoo and Aquarium.

Baby gorilla makes her debut at the Omaha zoo

It's been a big week for the Henry Doorly Zoo, with a new bull elephant and now a baby gorilla.

Nebraskan restores Model A, finds out it can't be licensed

Lincoln veterans use writing workshop as a medium for expression, therapy

A group of veterans is cloistered in a small meeting room in the VA clinic just off 70th Street early Saturday morning to write.

The oldest giraffe to live at the Henry Doorly Zoo has died at 26.

An endangered Indian rhino calf was born at Omaha’s Henry Doorly Zoo and Aquarium on Aug. 30.

The Omaha zoo's rhino calf nurses with its mother, Hellary.