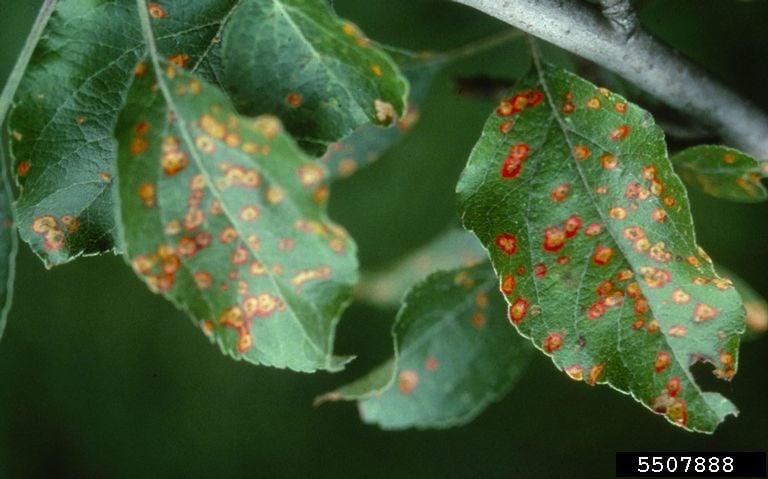 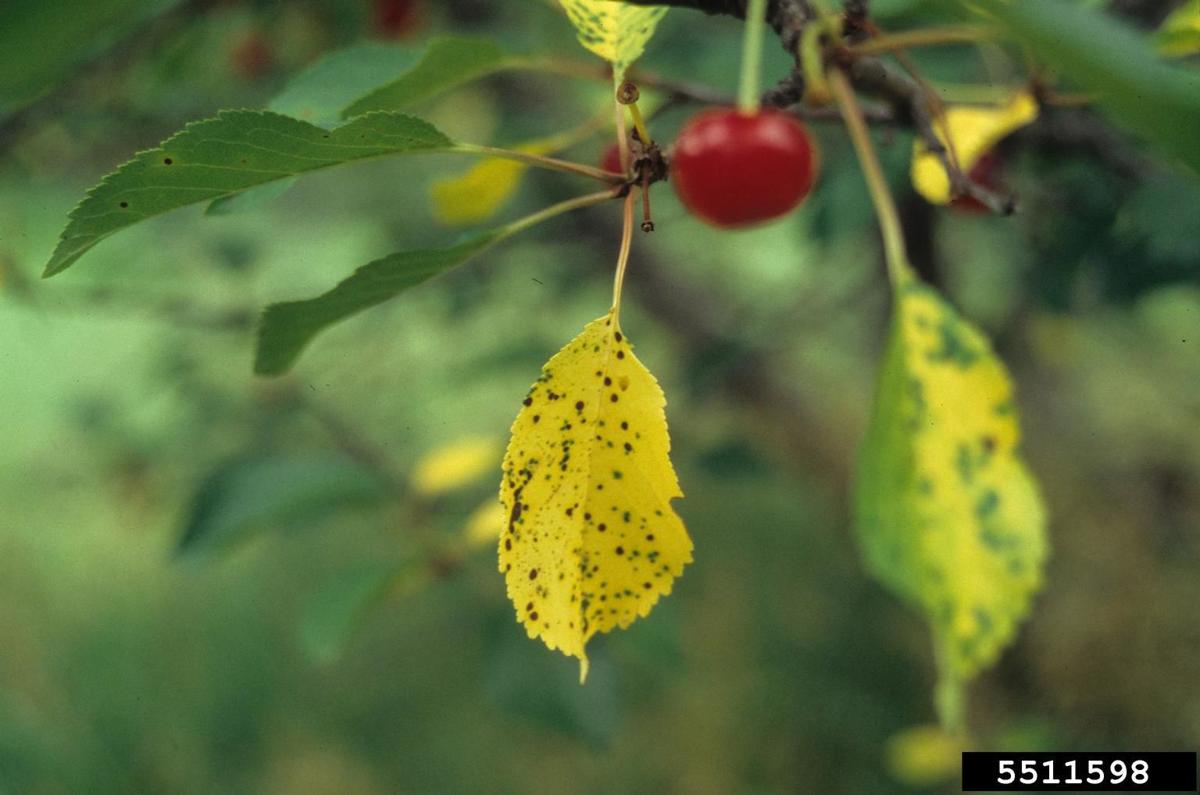 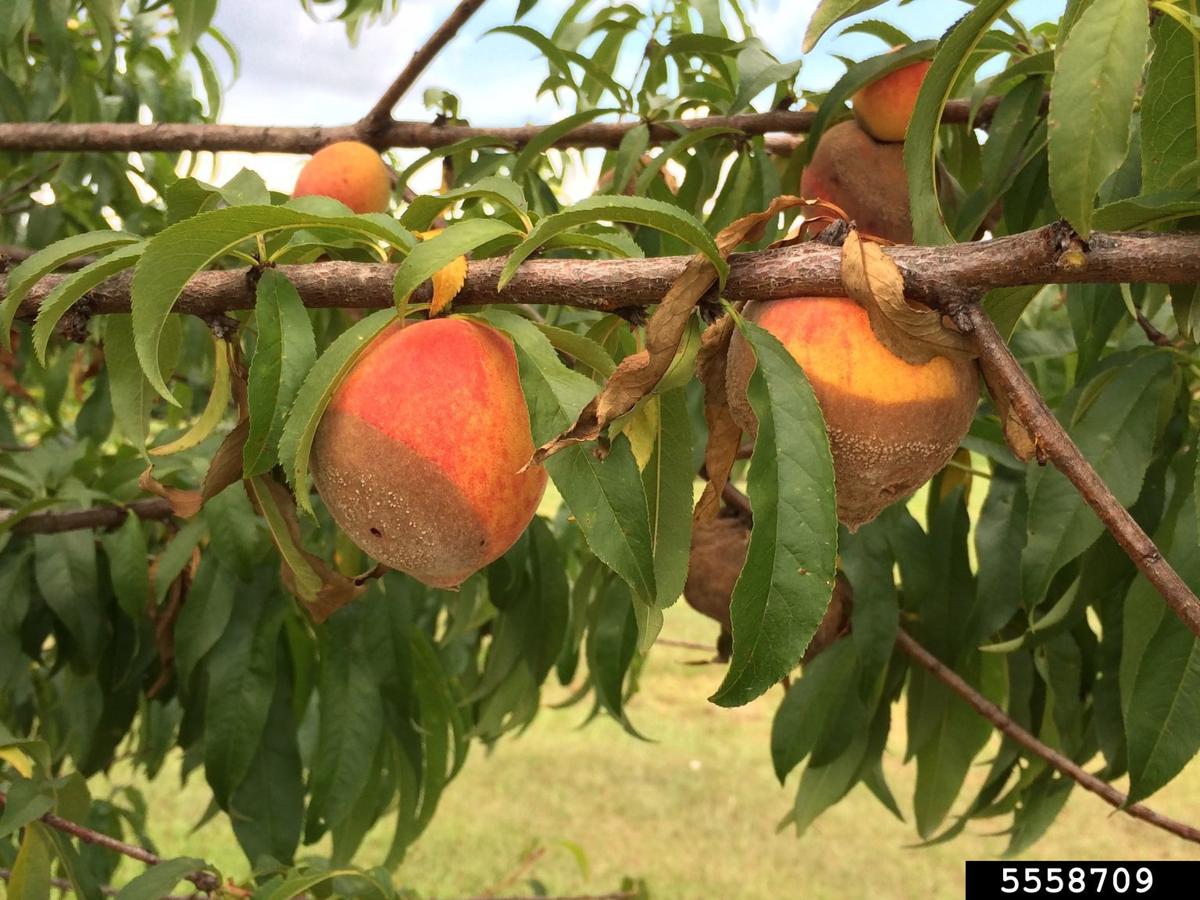 Brown rot, here on peaches, is caused by a common fungal disease.

Fruit trees will soon be blooming, marking the beginning of another growing season. Many diseases become active during blooming, so it’s time to prepare to protect your trees and ensure a good harvest.

During the early spring blossom blight period, flower petals are infected. The disease quickly spreads causing entire flowers to turn brown or black and die. Spring infections are not serious in themselves, but dead infected flowers remain in the tree producing fungal spores which infect stems and twigs causing cankers. They also infect fruits later in the season. If humid or wet conditions occur during fruit ripening, brown rot outbreaks can be severe.

Brown rot fungus overwinters primarily on dried infected fruits from the previous season, called mummies. All rotted fruit and mummies should be collected beneath trees or removed from the branches in fall to reduce disease pressure the following year.

If your trees have a history of infection, the first fungicide control application should be made when 25% of flowers are open, followed by two additional applications -- 10 days after shuck fall and a final application 10 days later. Applications to prevent the fruit rot disease stage should begin one month before harvest and continue on 7- to 10-day intervals until harvest is complete. Recommended fungicides include captan, myclobutanil, thiophanate-methyl and propiconazole.

Note: Shuck fall occurs when papery coverings over the expanding young fruits have split open and fallen from a majority of fruits.

More severe on sour cherries than sweet cherries, this fungus overwinters on fallen cherry leaves and in the spring produces large numbers of spores from these old leaves. Spores are moved by air currents and rain. In the presence of spring moisture, spores initiate new infections on young leaves.

Spores that land on a leaf or fruit and come in contact with water germinate and cause infection, so disease development is favored by wet, humid weather that prevails from late April through June.

Apple scab causes bright yellowish-orange leaf and fruit spots, which often have a band of red or yellow around the outer edge.

Effective control using fungicides depends on the timeliness and repetition of applications, and the degree of coverage obtained on both the upper and lower leaf surfaces. Begin applications in spring at bud break and repeat applications as directed by the fungicide label. Typically, three or four  fungicide applications made 7-14 days apart are required for good control. Recommended fungicides include chlorothalonil, thiophanate-methyl, myclobutanil, mancozeb or propicopnazole.

For a complete spray schedule for all home fruits, refer to the University of Missouri’s publication “Fruit Spray Schedules for the Homeowner”, http://extension.missouri.edu/p/G6010. Control application timing is given based on plant growth stage, so the recommendations can easily be interpreted for use by Nebraska growers.

Fungicides mentioned are available with the following product names.

Always read and follow all label directions and precautions.

Even though this year’s flooding occurred in March before most garden crops were in the ground, there is still cause for concern when consider…

Warm temperatures in April have had many homeowners wondering about this year’s first spring pre-emergence (PRE) herbicide application. When i…

“How do I prune my hydrangea?” This is a common question from gardeners each spring. No wonder it’s confusing -- there are several hydrangeas …

Sarah Browning: Take care of trees after a flood

Floods cause damage to trees in two main ways – physical and physiological. The severity of damage is determined by many different factors, in…

Caring for a lawn and landscape is a lot of work.

The vandals struck earlier this month, and they weren’t kind to the city’s Parks and Recreation Department.

Sarah Browning: Make the grass greener on your side of fence

For many years, Nebraska Extension recommended fertilization of high-quality lawns up to four times each year. We often used memorable dates t…

During the busy summer season, our best spring intentions can fall by the wayside. Weeds creep into carefully planted flower beds, trees and s…

One of the most easily recognized insects in the home landscape is the white grub. Almost every gardener has seen white grub larvae in the soi…

Sarah Browning: Plenty of pumpkins to pick from

Earlier this spring, we looked at three ornamental plants promoted this year by the National Garden Bureau -- dahlia, snapdragon and Salvia nemorosa.

Brown rot, here on peaches, is caused by a common fungal disease.