GOTHENBURG — The hardships of almost biblical proportions faced by Grace Koubek for the past six months made attending college and other common activities almost impossible.

On April 21, she was diagnosed with acute myeloid leukemia. “For three or four weeks before that, I was really, really sick,” Grace said.

A COVID test was negative. Doctors in Kearney and North Platte suspected pneumonia or some type of infection. Back home in Gothenburg, “I was at the point that I couldn’t even take care of myself,” she said.

Her dad, Shanon Koubek, took her to the Gothenburg hospital’s emergency room, where a blood test finally confirmed leukemia. Calls were  made to Midwest hospitals, where most cancer centers were nearly full.

Grace was flown by Air Care helicopter to CHI Good Samaritan in Kearney. Two hours into testing there, the call came that the University of Nebraska Medical Center had a bed for her.

An extremely ill Grace was loaded into the Air Care helicopter again for the trip to Omaha. “They knew it was leukemia. They just didn’t know what kind it was,” Grace said. “I also had pneumonia.”

After her vital signs were stabilized in UNMC’s intensive care unit, she had two chemotherapy treatments over the next six weeks.

They triggered nearly every possible side effect. “I lost most of my hair and I was nauseous. I couldn’t hold anything down,” Grace said. Transfusions were required to maintain her blood counts and she was so weak she needed help with everything.

“My dad was there the whole time. With COVID, the rules allowed only one visitor,” she said. Shanon is a Nebraska state trooper based in North Platte.

Family and friends cheered her up by standing outside her hospital room window holding message signs.

“Coming home helped a lot. It really cheered up my mood. We’d go on walks a lot. Dad bought a boat and went boating and fishing,” said Grace, a self-described outdoor girl who lists hunting, fishing and other sports as her favorite activities. She also paddled a kayak at Lake Helen near her family’s Gothenburg home.

She returned to UNMC June 10 for the first of four more planned chemo treatments. She had additional “weird side effects” such as burns on her skin, eye hemorrhages and intestinal inflammation.

After struggling through two more chemo sessions on July 19 and in late August, Grace developed a life-threatening complication: sepsis.

“The chemo caused what is called chemo belly, causing the intestines to swell,” she explained. “Mine broke open.” Air Care flew her from Gothenburg to UNMC for surgery and infection treatment. She was hospitalized for two weeks.

A bone marrow biopsy on Thursday in Omaha will determine if she is cancer free. If any cancer cells remain, she will take another chemo treatment as pills.

COVID-19 continues to be risk. “I have to be real careful,” Grace said. “I couldn’t be around people for two weeks after chemo because of my weak immune system. My family knows to steer clear of sick people. I haven’t been able to go out into public places or where there are big crowds.”

Only the latest emergency

The abdominal surgery was the second time Grace was in Omaha for a serious operation. A hole in her heart was repaired in March 2014 at Children’s Hospital.

That young heart had been broken three months earlier.

“Mom passed away from hypertropic cardiomyopathy in December. Dad wanted the rest of us to get checked,” Grace said. That’s how her heart issue was found.

Leukemia and intestinal surgery prevented her from meeting an original goal to graduate from UNK this December. Grace said she caught up on some virtual classes during the summer and now hopes to get her bachelor’s degree in exercise science next May.

The 2018 Maywood High School graduate said UNK is a good fit, not too big or too small. “I feel like everyone watches out for each other and you always are taken care of. I have enjoyed every bit of my experience at UNK,” she said.

Grace plans to return to Kearney in November, where she and five other women — current and past UNK students — have rented a house the past two years.

She will continue online classes for the rest of the fall semester and hopes to attend some in-person classes during the spring semester.

Grace had planned to be vaccinated for COVID-19 recently, but that has been delayed for about a month. She will continue to wear a mask until she’s sure her immune system is fully restored.

Another goal is to regain the 30 pounds she lost since April.

Grace already is sharing her story as a leukemia and Lymphoma Society resource for teens and young adults battling cancer.

Faith has sustained her and her family. “Praying is very important to us. I don’t think I would have gotten through everything without family and friends to talk to and to guide me through this,” she said.

Some prayers have been more difficult than others. “I kinda did have a conversation with God on why all this has happened to me,” Grace said. “I talked to my dad and he said God wouldn’t allow this if he didn’t think I could handle it.”

A roundup of inspirational stories from Midlanders with heart

Have you ever seen a Taj Mahal haircut?

Dr. Matt Maslonka, a pulmonologist, says local health professionals are seeing levels of suffering and loss "that no one should have to witness" because of people not getting vaccinated.

After declining 43% from the beginning of September to the end of the month, cases have now gone up slightly each of the past two weeks.

The deceased was a hospitalized woman in her 80s. She was vaccinated.

The deceased was a hospitalized woman in her 40s. She was unvaccinated.

One of the speakers at Sunday's Making Strides Against Breast Cancer walk was Dr. Rachel Jendro, who became Lincoln’s first fellowship-trained breast surgical oncologist when she came to the city in April to work at General Surgery Associates.

Phase three of the project involved completion of three new cardiovascular operating suites, adding to the 11 new suites that were completed in phase one, and completion of a post-anesthesia recovery unit.

The order makes it easier for physical therapists, speech pathologists and others to get and stay licensed and also loosens restrictions on their ability to care for COVID-19 and other patients.

COVID cases and hospitalizations continue to fall slowly in Nebraska

Nebraska posted 3,980 new cases in the week ending Friday, down 12% from the previous week. But in some parts of the state, transmission levels are still so high that new surges are possible.

Ivermectin has been lifesaving for people with parasitic infections like river blindness and strongyloidiasis. But taking it for COVID-19 may result in the opposite effect. Here's a brief history. 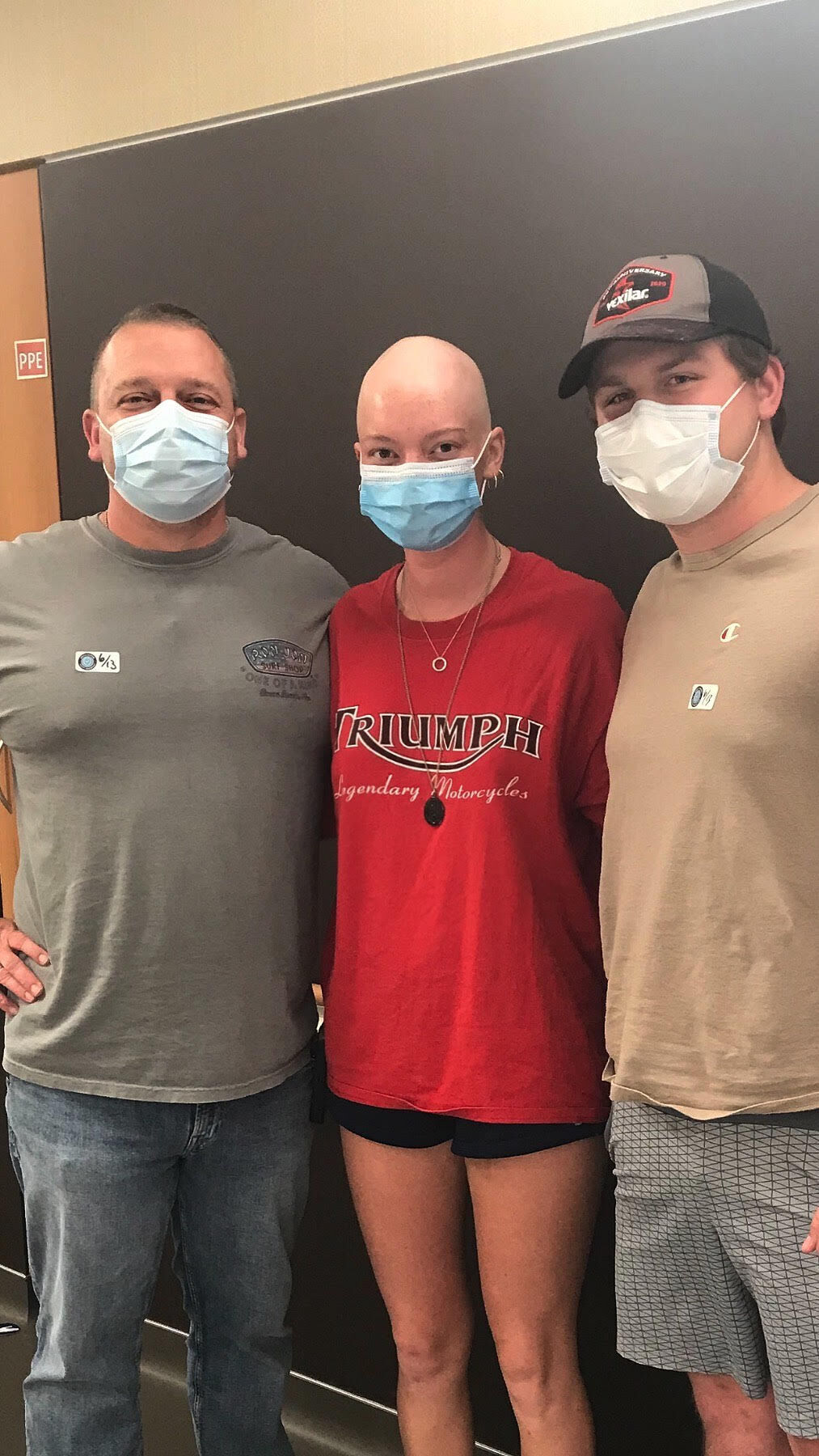 Dad Shanon Koubek, left, and boyfriend Jake Johnson, a UNL junior, helped Grace walk around the University of Nebraska Medical Center for exercise during her time there for chemotherapy treatments. 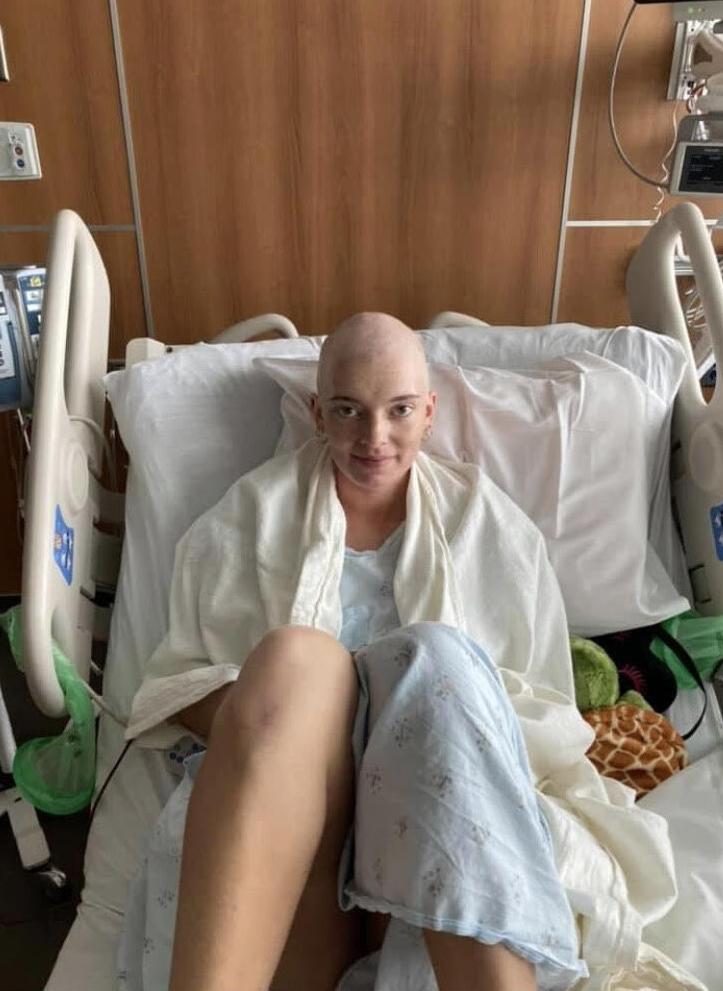 Grace Koubek’s dad took this photo on May 8 at the University of Nebraska Medical Center in Omaha. She had cut her hair, after losing much of it as a result of chemotherapy treatments. 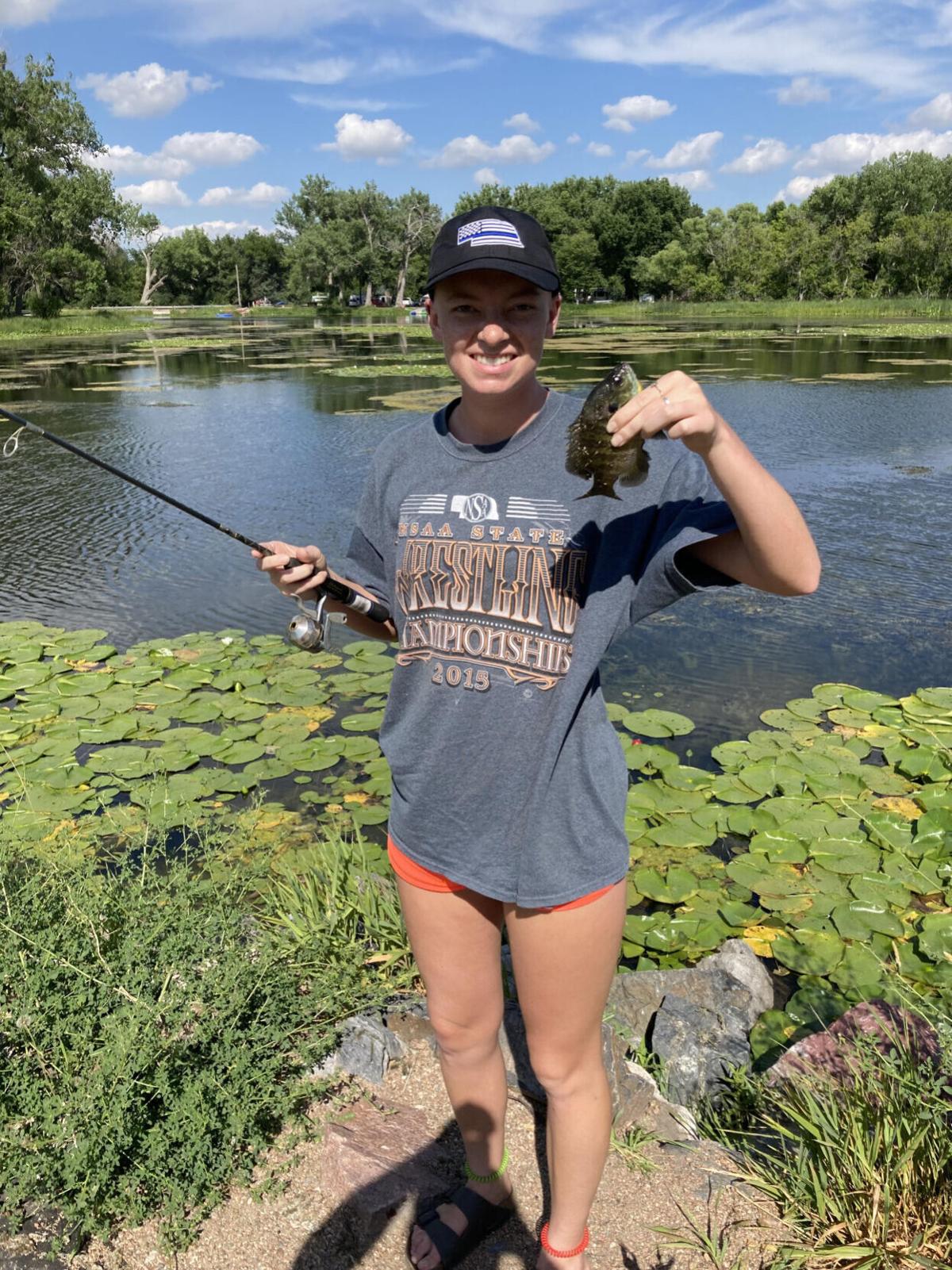 This sunfish caught by Grace Koubek July 2 at the Arnold Recreation Area lake was too small to be a keeper. Fishing, boating, walking and other outdoor activities lifted her spirits when she was home in Gothenburg between chemotherapy treatments. 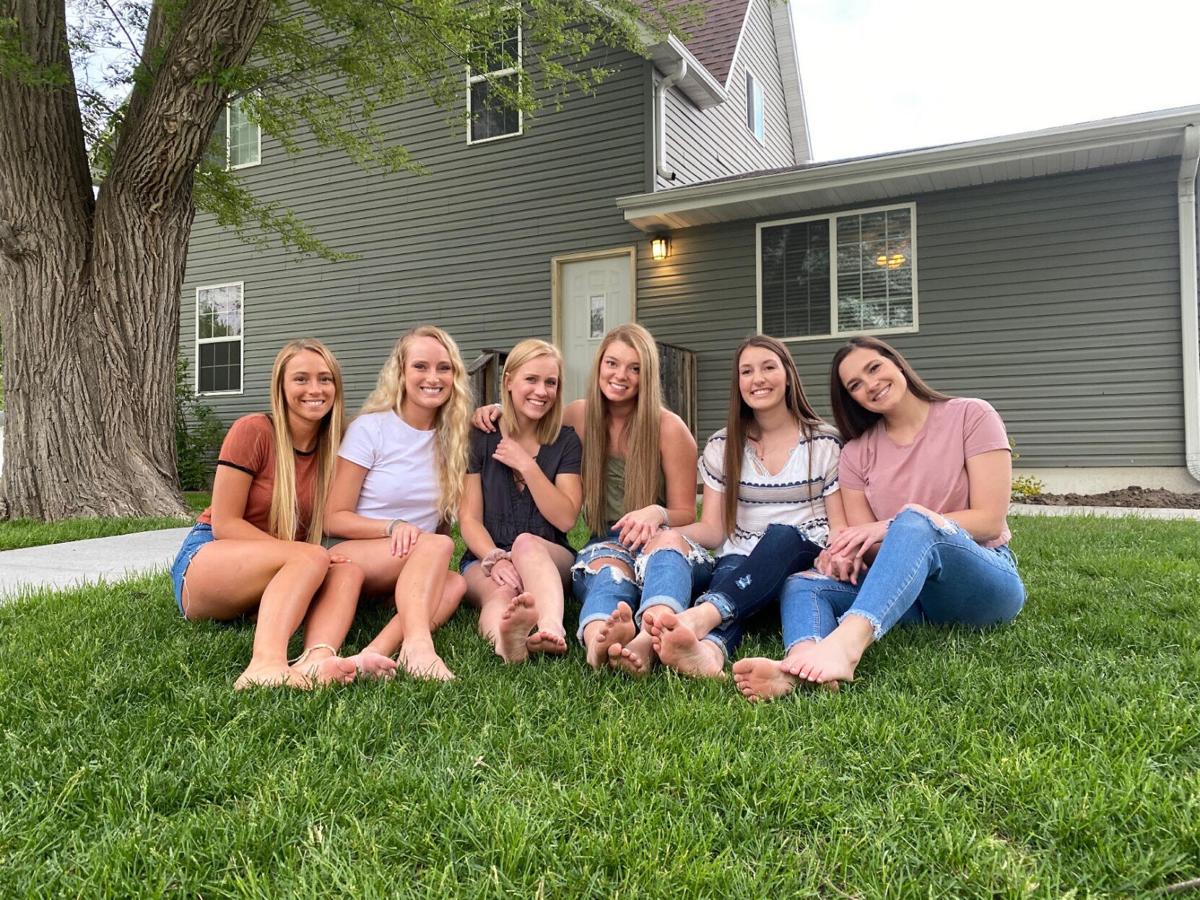 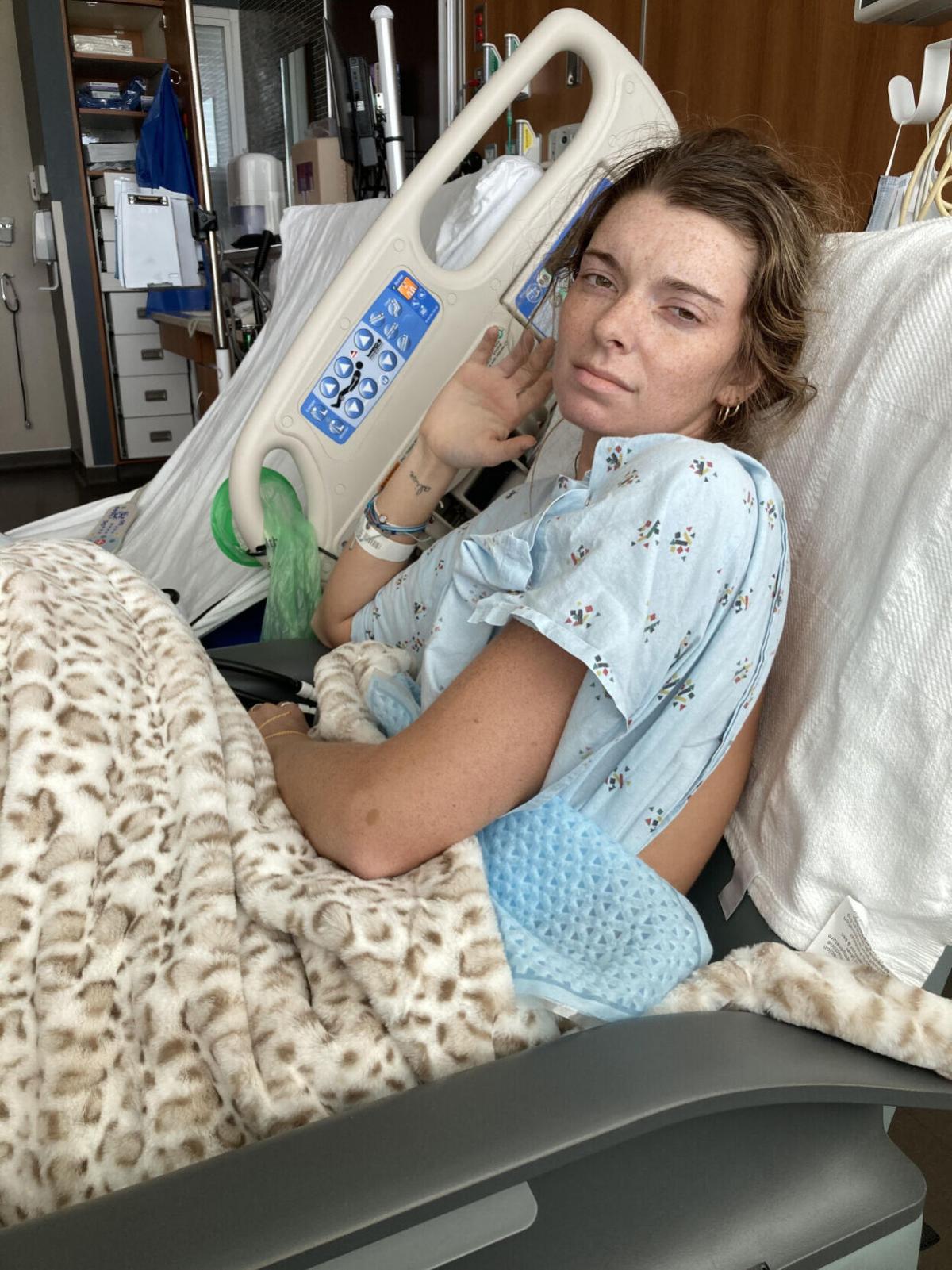