The small-town skateboarder rides a tour bus now, living like the rock star he’s become to high school students across the country.

Mike Smith looks the part, too. Long hair spilling out of his beanies and flat-billed ball caps, tattooed arms gesturing like exclamation points when he’s up on the stage or down on the gym floor.

He’s booked 135 speaking gigs this academic year, delivering his message to hundreds of thousands of teens from more than 2,000 schools:

* Here’s how you can make a lasting impact on your campus.

* Here’s how you can leave a legacy.

“Change is written in the DNA of the hearts and the souls and the minds of young people,” he said during a TEDxYouth Talk in Lincoln. “They believe making a difference matters more than making money.”

Sometimes with guests, sometimes on his own, the skater-turned-speaker confronts the tough issues teens struggle with, the issues that will shape who they become, the issues that can make teachers uncomfortable, Mathew said.

“Mike can relate to kids better than anyone I’ve ever met,” he said. “It’s a gift he has. He’s really able to talk to them as they want to be talked to.”

Smith was touring the West Coast in January — leaving Bakersfield, California, for San Francisco, then Seattle and Portland and Boise. He would speak to thousands of students at a time and then board the bus, bound for the next gig.

The 34-year-old from Chase County calls himself a professional teenager, a lover of misfits, the biggest youth speaker in the world: Earlier this school year, he stood before his largest audience yet — 7,000 students at Michigan State’s basketball arena.

He was interviewed by BuzzFeed last month, Forbes last year.

But not that long ago, he spent nearly a month living beneath a bridge on West South Street, gathering financial kindling for the legacy he wants to leave — The Bay, his 30,000-square-foot skatepark, coffeehouse, music venue, art space and outreach center at 20th and Y.

He wants the nonprofit to help young people find their passions, and to break the cycle of generational poverty. It’s the reason he’s on the road, and on camera, and involved in so many other efforts.

“The Bay is at the center of everything that I think about,” he said from somewhere in California last month. “And everything I care about.”

In his talks and on his website, he likes to point to his unremarkable roots: He graduated in a small city in the heart of the country with a 2.4 grade-point average and a 19 on his ACT.

Even his name. Ordinary.

But he stood out as a teen, after his father’s job with Sysco Foods moved the family to Imperial from Rapid City, South Dakota.

“Man, I remember him, he was 14 and just dressed differently than most kids at school. He had green hair if I recall and was just into different cultural things than we had in that town,” said longtime friend Andy Norman.

Here was a kid who had been places. Rapid City seemed like a metropolis by comparison, and Smith had also spent summers with his grandmother in California.

“We didn’t have much skateboarding or live music or anything like that, and I found a kindred spirit in him,” Norman said. “We bonded really quickly.”

Norman is still close to Smith. They recently merged their nonprofits — Smith’s The Bay with Norman’s Hear Nebraska — to create Rabble Mill. Smith officiated the marriage of Norman and his wife. Norman co-authored Smith’s 2017 book, “Legacy vs. Likes.”

So he’s familiar with the trajectory of his friend’s career. And he’s surprised: He didn’t see this coming from the green-haired teen he met in high school.

“Absolutely not. My recollection does not pull up much direction from him. He was just fun. He was creative,” Norman said. “I didn’t know this side of him that kind of developed into what I would describe as incredibly strategic.”

Smith is surprised, too. He had other plans.

“When I was a kid, being a lead singer in a punk band seemed like the coolest thing I could be. Or a pro skateboarder.”

He attended a Christian college in Omaha, and then worked as a youth outreach worker for Cedars in Lincoln.

He started seeing what Lincoln offered its youth, and what it didn’t. If you wanted to play sports, you had plenty of opportunities. If you wanted to skate, or create art, or listen to live music as a teen, you were limited.

“I really wanted to create a place where kids could do the things I wanted to do when I was young. I didn’t have anything like The Bay when I was a kid.”

He Googled: How to start a nonprofit. He asked his friends’ fathers to be his board of directors.

To raise money, he skated across Nebraska — Scottsbluff to the Capitol — three times. He vowed to sleep under a bridge until he collected $10,000. It took 27 days.

“The internet did what the internet does,” he said. “People started sending money from across the country.”

He started with a skatepark in the mall in 2010, near the entrance to Sears. He had $300 in his checking account on its opening day. Rent was $4,000, and he was already a month behind.

But kids started coming by the hundreds.

He moved The Bay to its warehouse on Y Street a year later, and it became more than a skatepark. Smith and his staff became social workers, helping the families of skaters pay rent, sign up for food stamps, find housing, jobs and cars. It hired a homeless outreach worker and, in 2015, won a service award from the Lincoln Homeless Coalition.

Smith doesn’t pay himself as director, he said, instead investing in a staff that has helped him grow the nonprofit and expand its services.

“My thought process has been: Surround yourself with incredible people who are more interested in what’s next than what was. A lot of people only think about what other people have done and try to copy that.”

But he could, and should, take credit for The Bay’s success — and his other achievements, his friend Norman said.

“He loves to be told he can’t do something. He loves challenges and he loves proving people wrong. He has more than one chip on his shoulder, and that drives him.”

Years ago, before he started The Bay, Smith would fill his backpack and skate through downtown.

He’d listened to his own tiny whisper, and it told him he could do something meaningful, even incredible, on his skateboard.

He would skate to street corners and under bridges, giving homeless people food, water, socks, hygiene items. Then a friend joined him. And then another. And then dozens more.

This was the start of Skate for Change, which has grown to 80 chapters around the world, Smith said. Skaters giving hats and socks to homeless, cleaning up parks, serving from their skateboards.

His whisper didn’t stop there. He helped launch Find Your Grind, which helps young people match passions to their future professions. He works with the clothing company Ethika, which donates apparel to homeless shelters. He interviews Lincoln students and celebrities — Tony Hawk, John Harbaugh, Hannah Huston — for “The Harbor.”

“We’ve had people talk about divorce or dating violence, eating disorders or mental health topics that teachers maybe are uncomfortable starting a lesson around.”

The book he and Norman published last year, directed toward Generation Z and Millennials, teaches young people the value of chasing a legacy instead of collecting social media likes — the difference between being a leader and an influencer.

“Every time I talk to him,” Norman said, “he tells me he’s the new co-owner of something.”

Smith isn’t finished. He wants to book more corporate speaking events, to help bridge the gap between generations. It’s time to get all ages working together to make change, he said.

“I want to push the conversation about how do we really make a culture in our community to make a massive impact.”

And this: He’s eager to get off his tour bus and back on his board. He’d like to skate across the country next year.

The Bay -- a brand-new, 25,000-square-foot indoor skate park and youth center -- celebrated its grand opening Saturday with a trick competition and visits from a pair of famed professional skaters.

The 100 white rental bikes that are the first phase of Lincoln's bike share program will soon be available.

He likes his work, but Kendall Johnson wouldn't make a hobby of the truck and motorcycle parts that have moved along his line at Lincoln Indus…

Working with your mom might not be everyone’s cup of tea, but at Sutton Dermatology + Aesthetics, it’s a happy reality.

Flowers blooming from lamp posts in the spring, decorative stone walls and inviting walkways for pedestrians. This is developer Dick Campbell'…

Lincoln's Fallbrook neighborhood prides itself on being comfortable, walkable and livable — and for good reason.

Lincoln is home to dozens of growing startups all aiming to follow the success of stars like Hudl and Bulu Box. Here are four to keep an eye on:

The idea of making the move from the home you’ve built over a lifetime can come with a certain level of trepidation.

NEW AND IMPROVED: Chamber celebrations from 2017

The job description of a pastor is someone who teaches, worships and performs sacraments. And after 19 years as senior pastor at Westminster P…

The mission of We Care is actually quite simple:

Most middle school and high school students have at least one thing in common: They've all been asked the question, "What do you want to be wh… 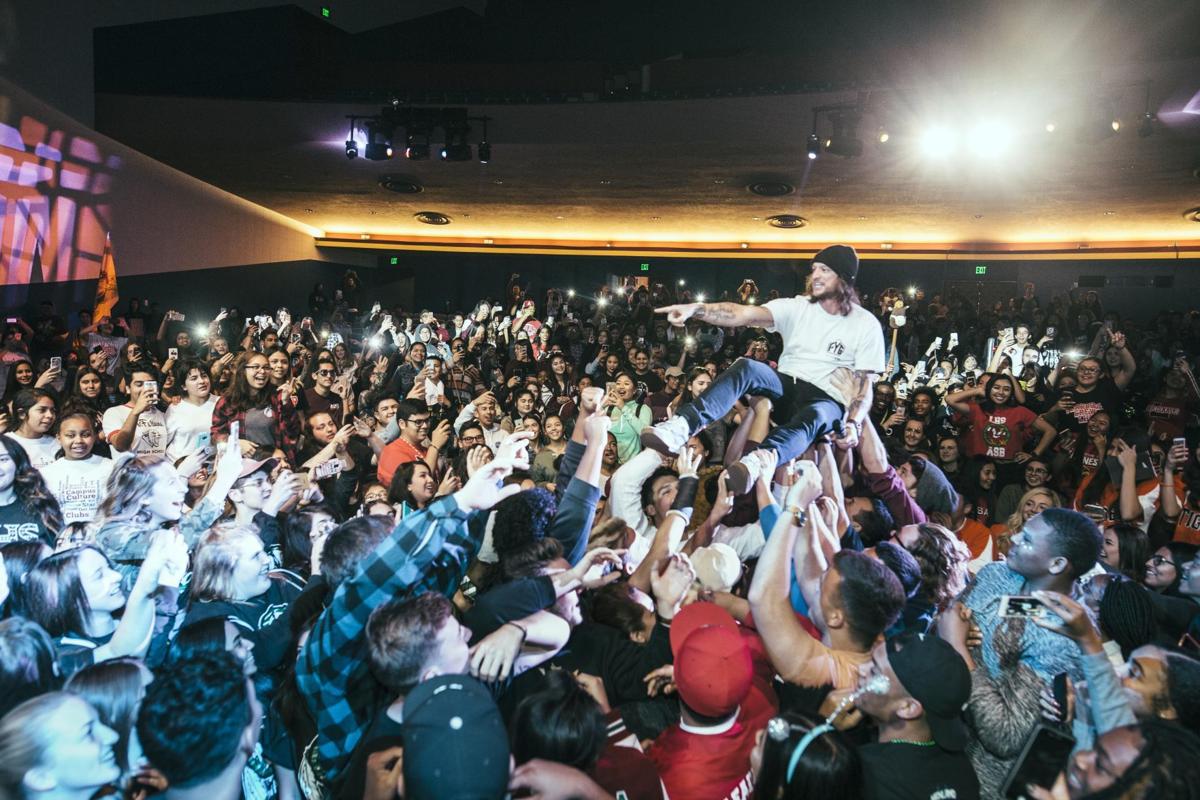 Mike Smith, who started The Bay, travels the country teaching leadership and other life lessons to young people. "I'm pretty sure he gets stopped in airports because so many kids recognize him," said Chris Mathew of Jostens Renaissance, which hired Smith to produce a weekly educational video series for teens. 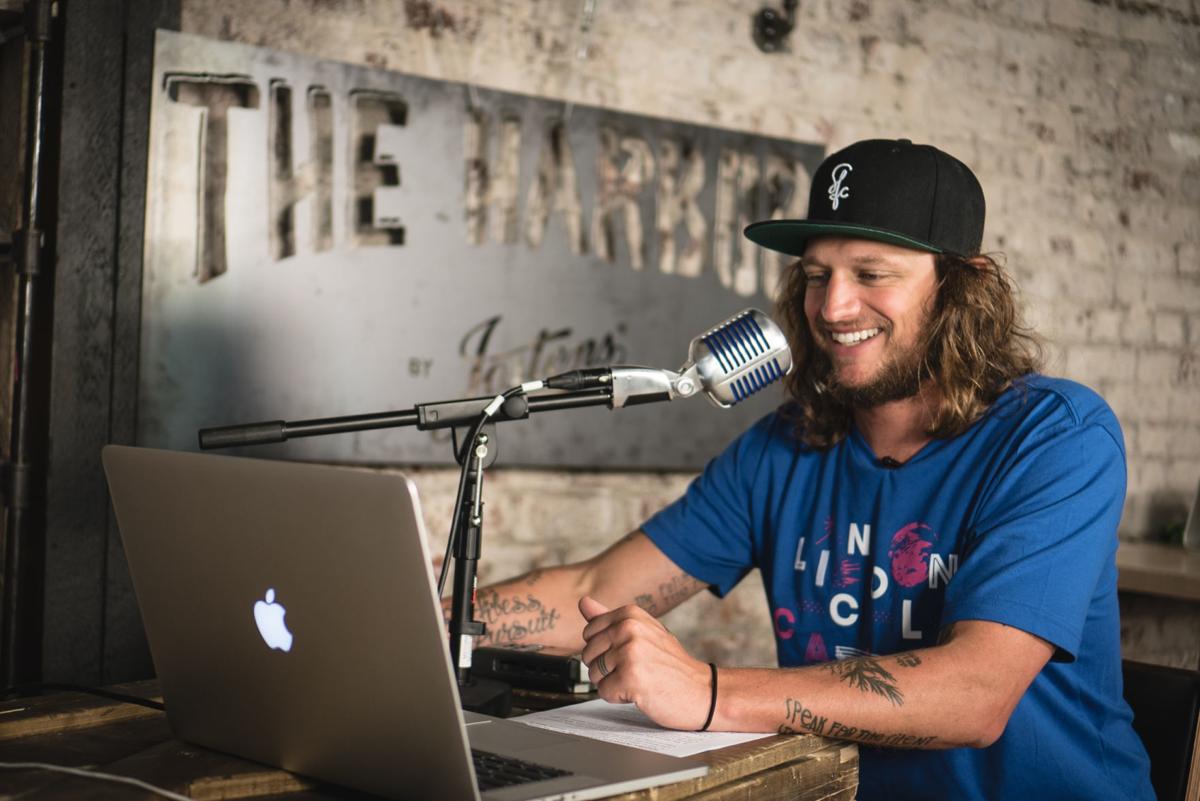 Mike Smith produces a weekly video series for Jostens Renaissance, which is seen by students at more than 5,000 schools in all 50 states. 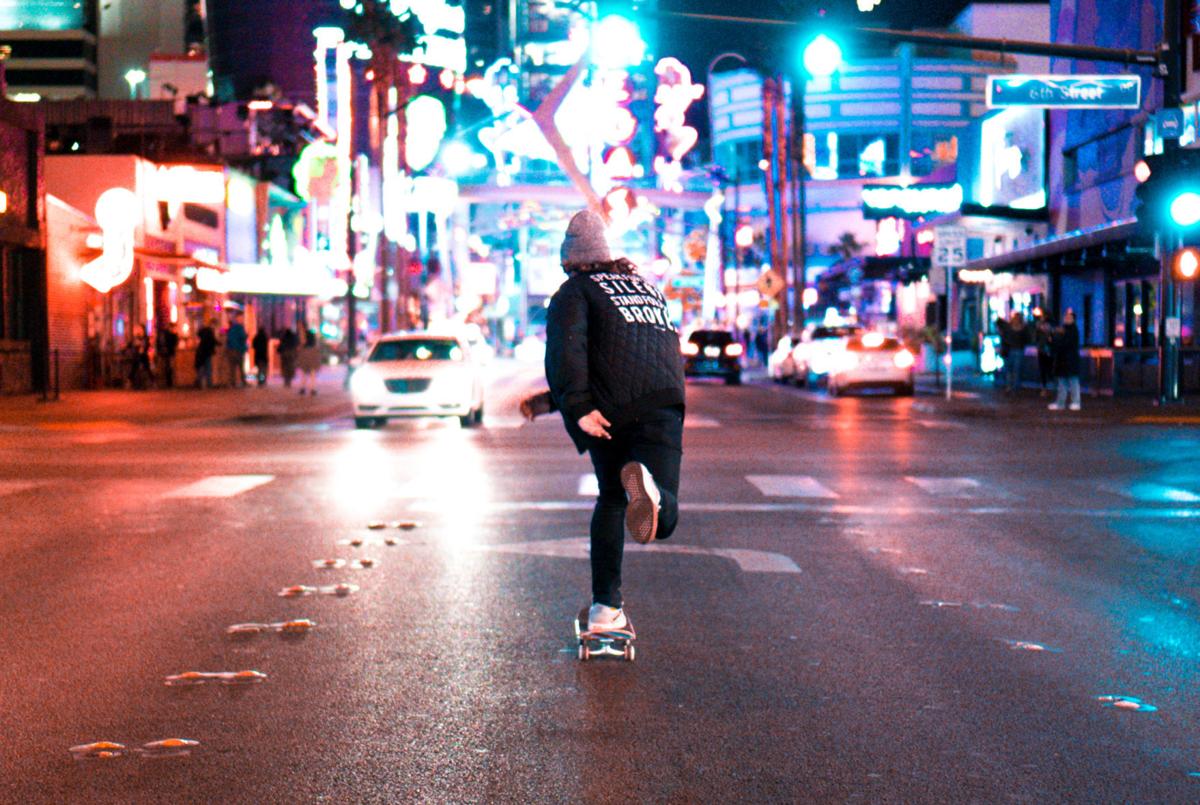 For his next adventure, Mike Smith is considering skating across the country. 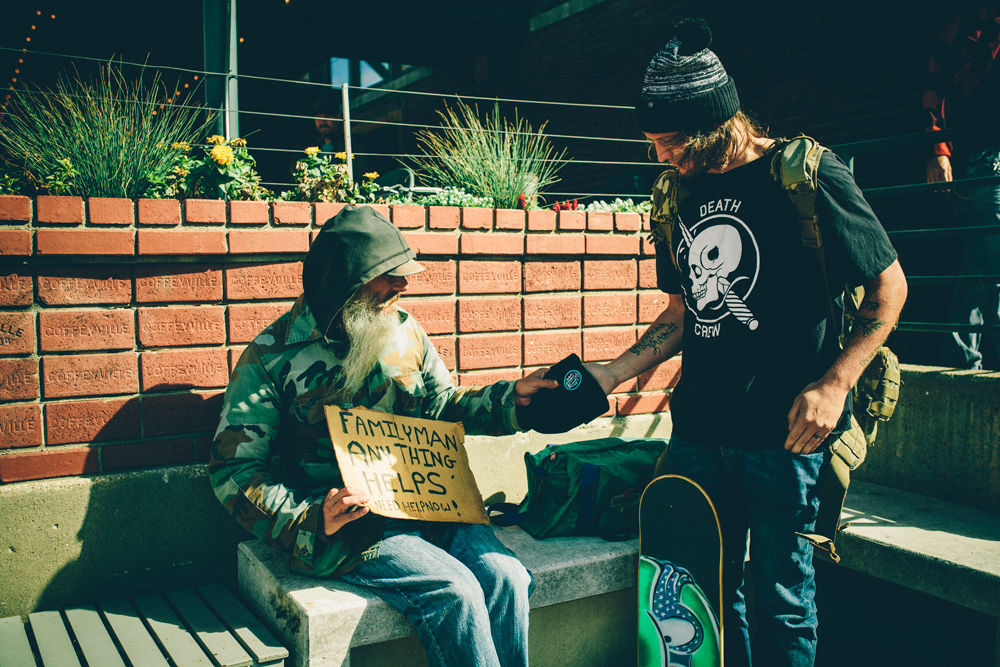 Before he started The Bay, Mike Smith would skate through downtown Lincoln, giving food, water and other items to homeless people. That eventually grew into Skate for Change, with more than 80 chapters around the world. 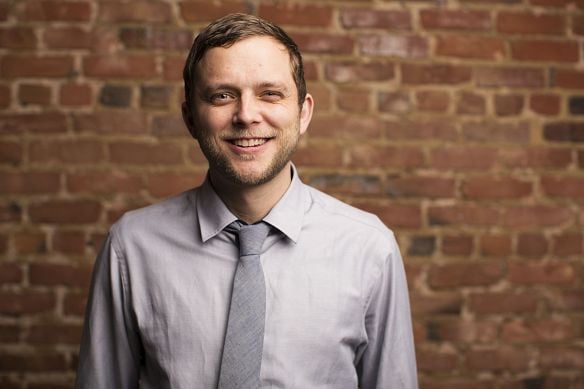 Andrew Norman is the co-founder and chief operating officer of Rabble Mill.