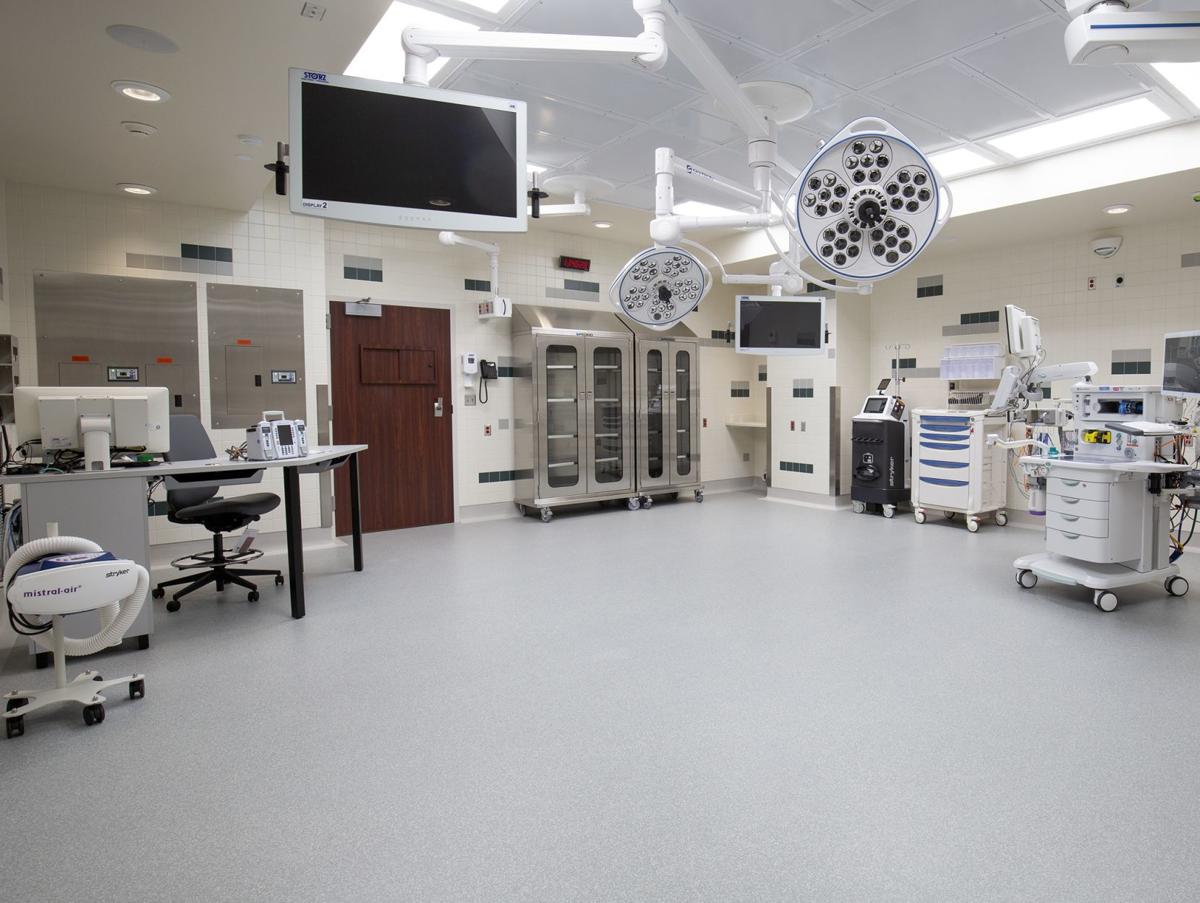 Recent renovations at Bryan East Campus include upgrades to the hospital's surgical suites. With operating rooms largely dark because of the coronavirus, Lincoln's two hospital systems say revenues are down 30%. 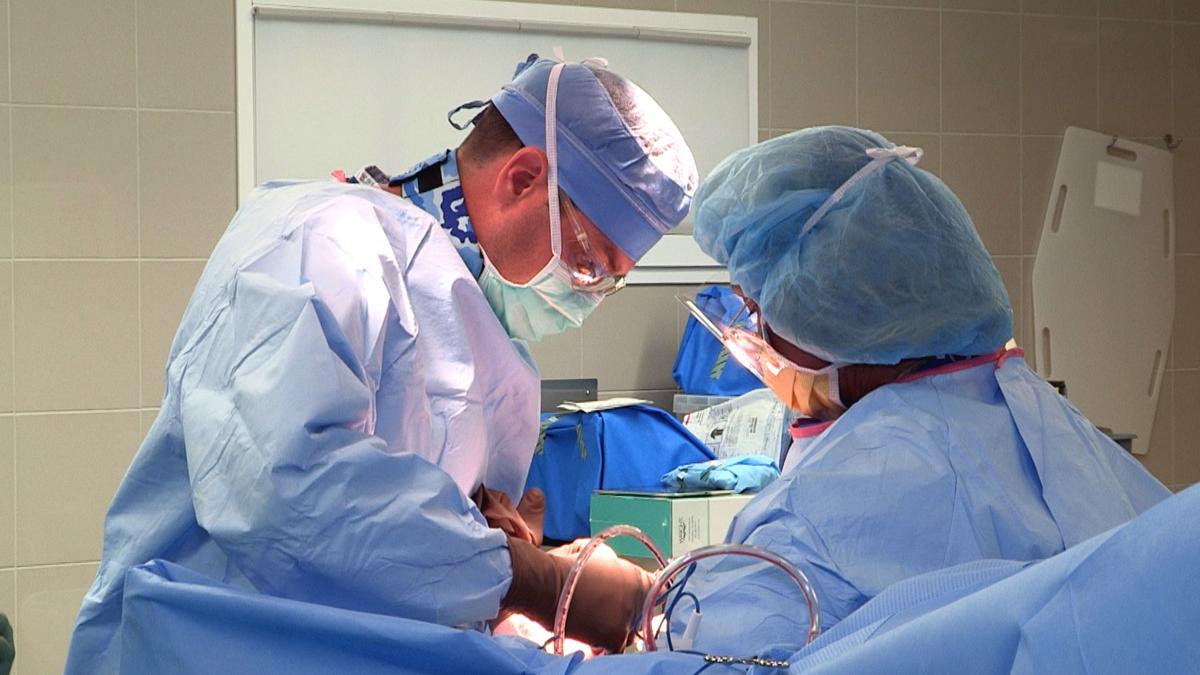 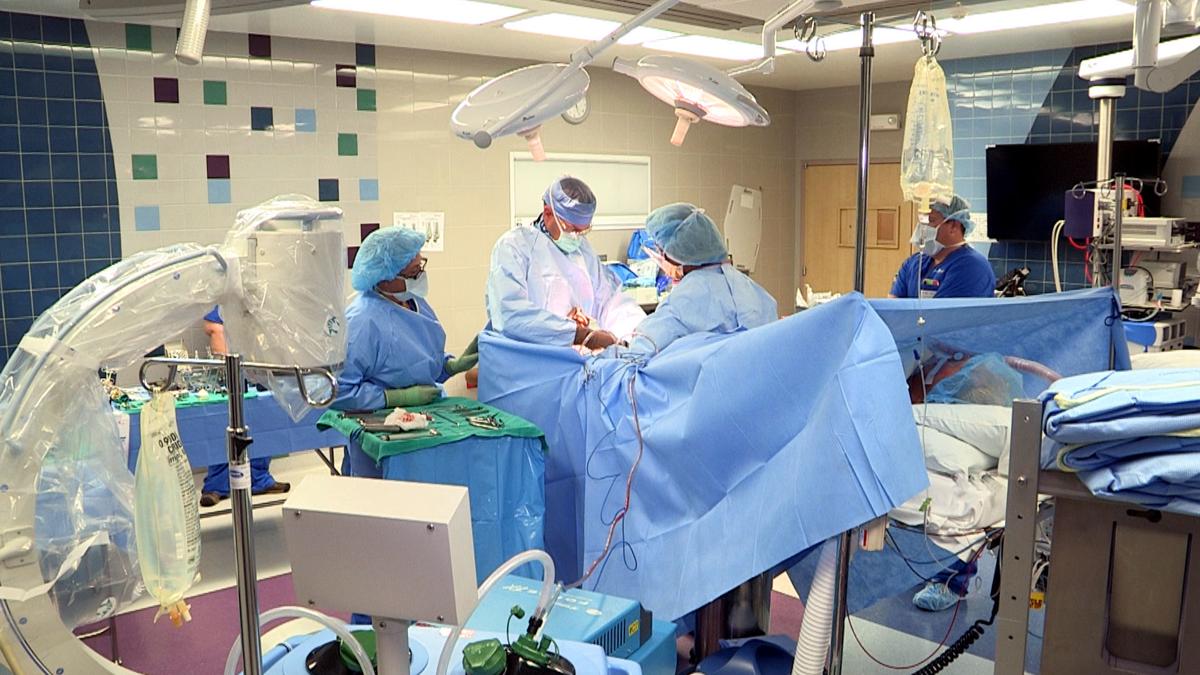 A month ago, before Lincoln had reported a single confirmed case of coronavirus, Bryan Health had more than 400 patients in its two Lincoln hospitals.

On Tuesday, as Lincoln's number of positive cases approached 100, Bryan said it had less than 350 patients.

That's largely due to the fact that Bryan, CHI Health and other local surgical practices stopped doing elective surgeries several weeks ago to free up beds and conserve personal protective equipment -- masks and gowns -- for health care workers.

While that helped to ensure the local hospitals had the supplies and bed capacity to deal with COVID-19 patients, it also dried up a significant source of revenue. Both Bryan and CHI Health say their revenues have fallen by close to one-third over the past month, due in large part to elective surgeries being canceled.

"Our revenues, as a health system, are down north of 30%," Cliff Robertson, CEO of CHI Health, said last week during a news briefing.

CHI Health owns St. Elizabeth and Nebraska Heart in Lincoln, as well as a dozen other hospitals in Nebraska and southwest Iowa.

Robertson said the CHI Health system is focused on "managing costs as best it can while our revenues are so significantly depressed."

He did not specify what cost-management measures the company has taken, but it has not involved furloughing any staff that deal directly with patients.

Bryan officials have said their revenues also are down around 30%.

Bryan's 2018 income tax return, the most recent one available, showed the health system had a little more than $671 million in revenue that year, which works out to nearly $56 million a month. With a 30% drop in revenue, it means Bryan is potentially losing close to $17 million every 30 days.

Both hospital systems have received emergency federal grant money, and they are much better off than many of the state's rural hospitals, which in some cases have seen 75% of their revenue disappear without elective surgeries, but they still are taking a big financial hit that is not sustainable.

John Woodrich, CEO of Bryan Medical Center, said Monday that the health system's board and executives have been "good stewards of our resources" and made sure that there are funds in reserve to tap for a situation like what's occurring now.

That being said, though, "you can't have this going on for months and months without seeing an impact," he said.

Woodrich said the hospital is operating at about 65% of its normal capacity due to the restriction on elective surgeries.

The one piece of good news is that those surgeries also are a big source of Bryan's costs, so with operating rooms largely dark, Bryan's costs have remained relatively flat even though it's spending more on caring for COVID-19 patients, said Russ Gronewold, president and CEO of Bryan Health.

The hospital has pledged to pay all staff their regular wages through the end of April, even if those employees are not working full shifts.

Gronewold said how much of an impact Bryan sees financially depends on how long the surgery restrictions continue.

"We think that if this is just a short-term shutdown, the financial impact of this is really fairly small," he said.

On Monday, Gov. Pete Ricketts announced that hospitals can resume elective surgeries starting May 4, providing they meet a set of criteria that includes having 30% of both general and intensive-care beds available, 30% of ventilators available and at least two weeks worth of personal protective equipment in stock.

As of Tuesday, Bryan would have easily met those criteria, with only a handful of patients in the ICU and on ventilators and only slightly more than half of its licensed beds filled. However, models have predicted that Lincoln and the state are likely to see a surge of COVID-19 patients in the next 2-3 weeks.

Despite that, Woodrich said it's likely that Bryan will resume elective surgeries as soon as it can. However, he said he does not see it "flipping the switch" and resuming at 100% of the previous volume.

He said it's more likely that the hospital will start at 25%-50% of previous volume and ramp up from there.

"What we don't want to do is open up and run out of PPE or run out of blood," Woodrich said.

He said Bryan will continue to work with its own doctors as well as CHI Health and surgical centers in the city to do projections on what volumes are reasonable based on available supplies.

Lincoln's traffic decreases have grown steadily larger since mid-March, but this week's drop is the most significant.

Bryan Health said Wednesday that it has started treating COVID-19 patients with blood plasma from people who have recovered from the disease.

Local officials expect the number of positive cases of the virus in the Lincoln area to continue to rise as testing capacity has expanded.

CHI Health said any patient having an elective surgery must test negative for COVID-19.

Local CHI Health officials said Thursday they are concerned that some patients, especially those with cardiac issues, may be forgoing needed c…

The crew of the StarCare helicopter based in Crete can now find itself transporting two, three or sometimes even four COVID-19 patients a day.

With enough personal protective equipment on hand, and due to the success of social distancing efforts in Lincoln, Dr. Kate Rosenberger said Bryan plans to resume fully elective procedures beginning in June.

Recent renovations at Bryan East Campus include upgrades to the hospital's surgical suites. With operating rooms largely dark because of the coronavirus, Lincoln's two hospital systems say revenues are down 30%. 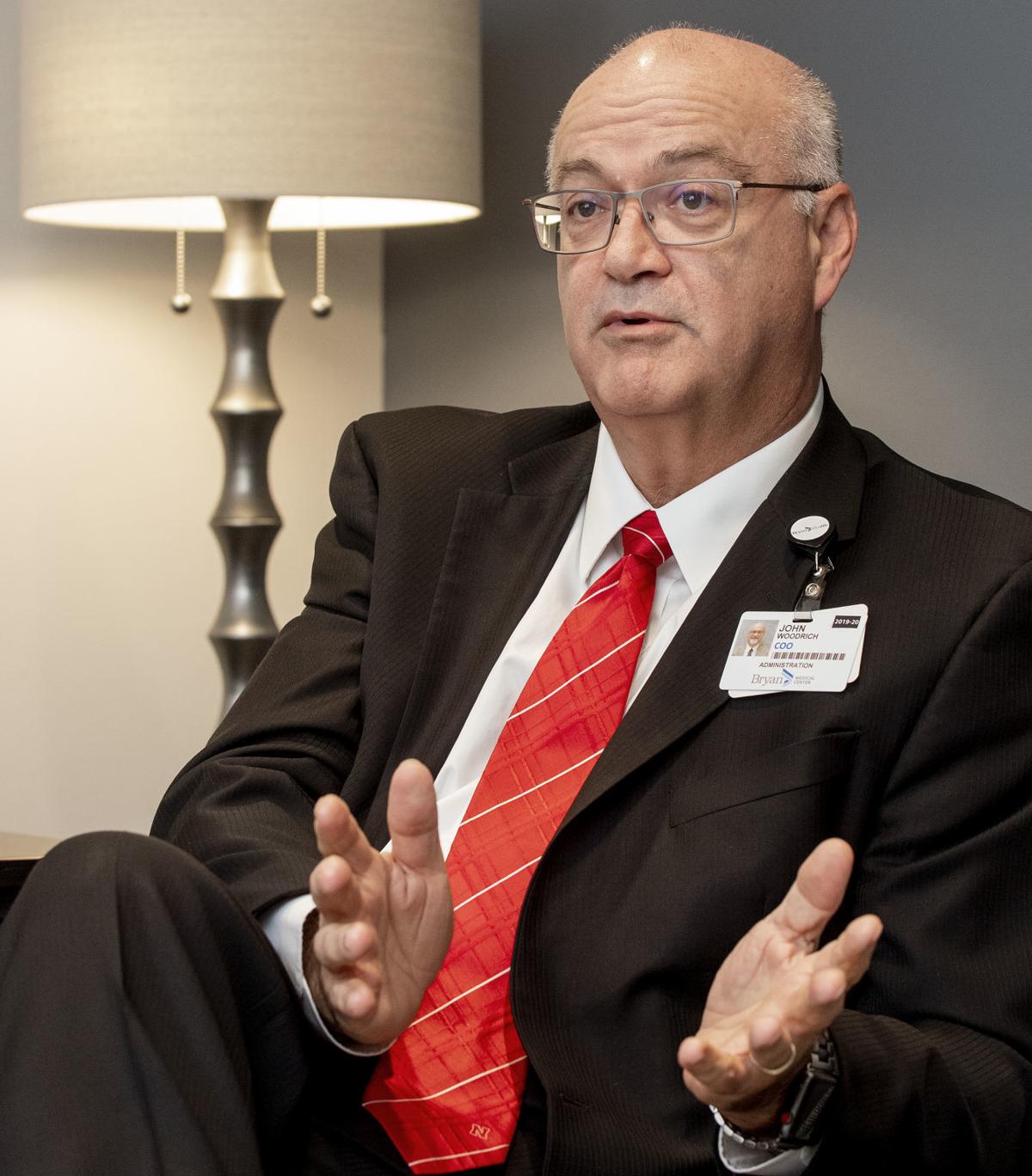 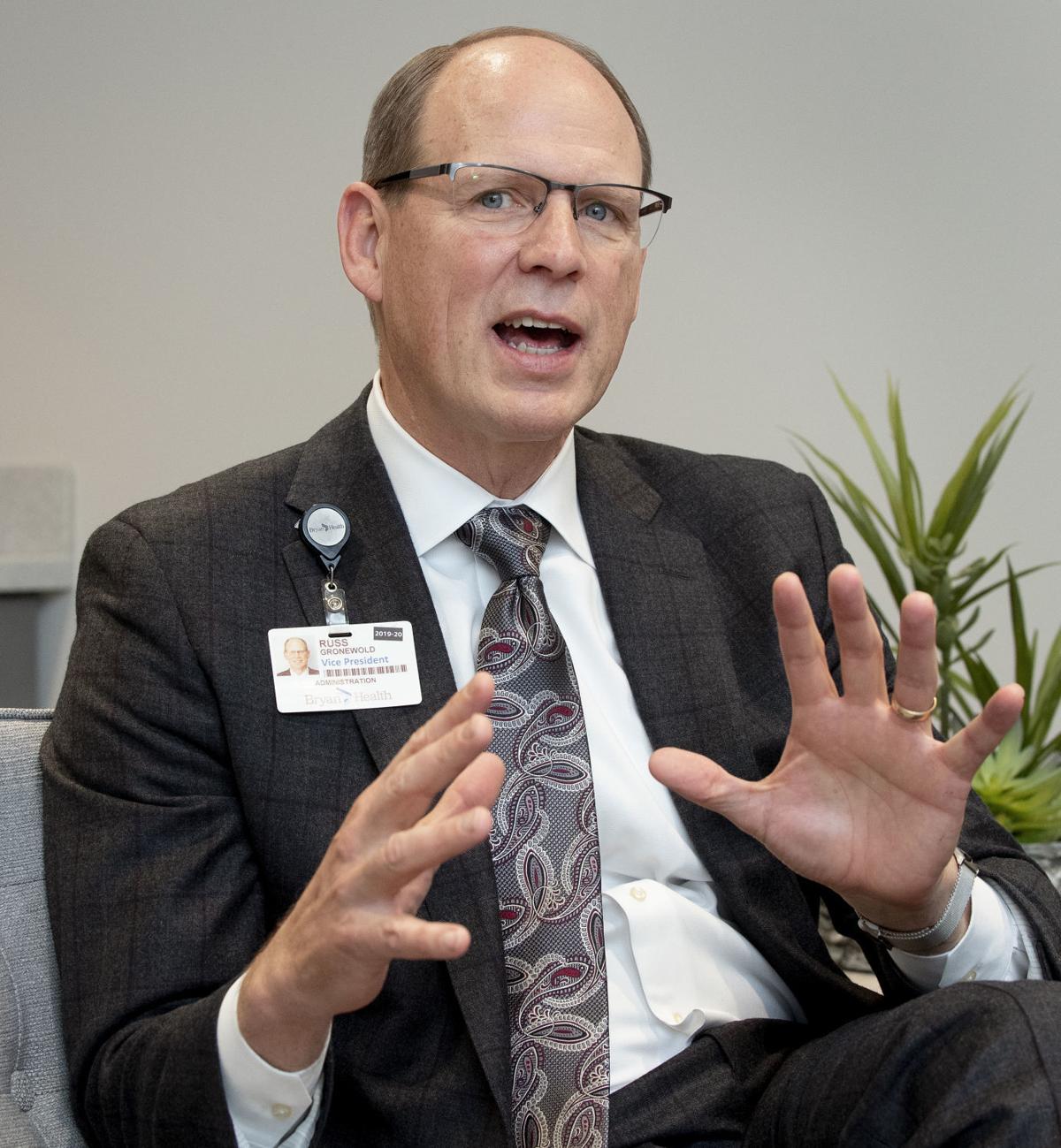