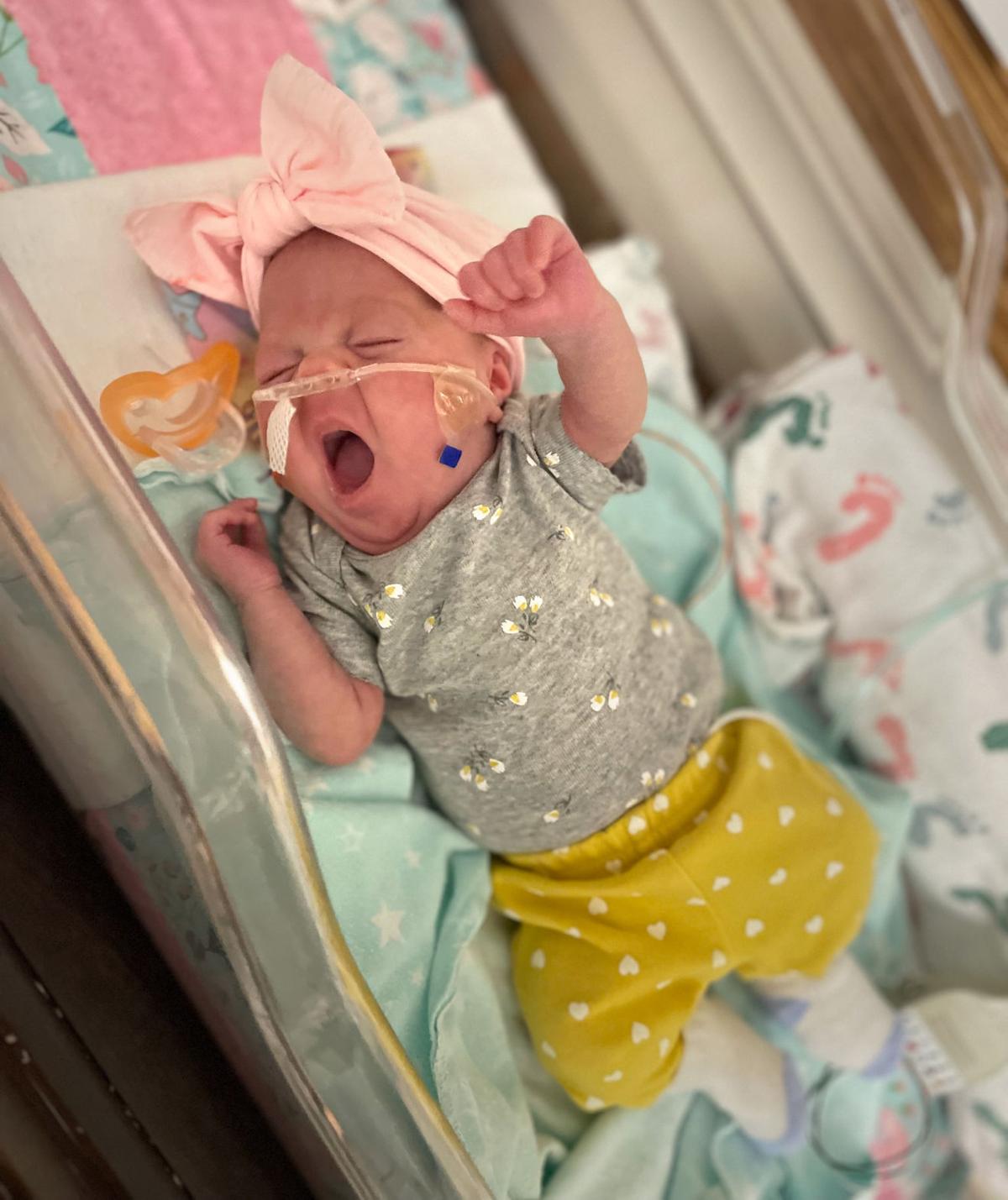 Megan Phipps' daughter Reece Martin, who was born June 12 weighing just more than a pound, has grown to more than 8 pounds. "She is a true miracle," said Kallie Gertsch, a nurse in Bryan's NICU who cared for the infant. 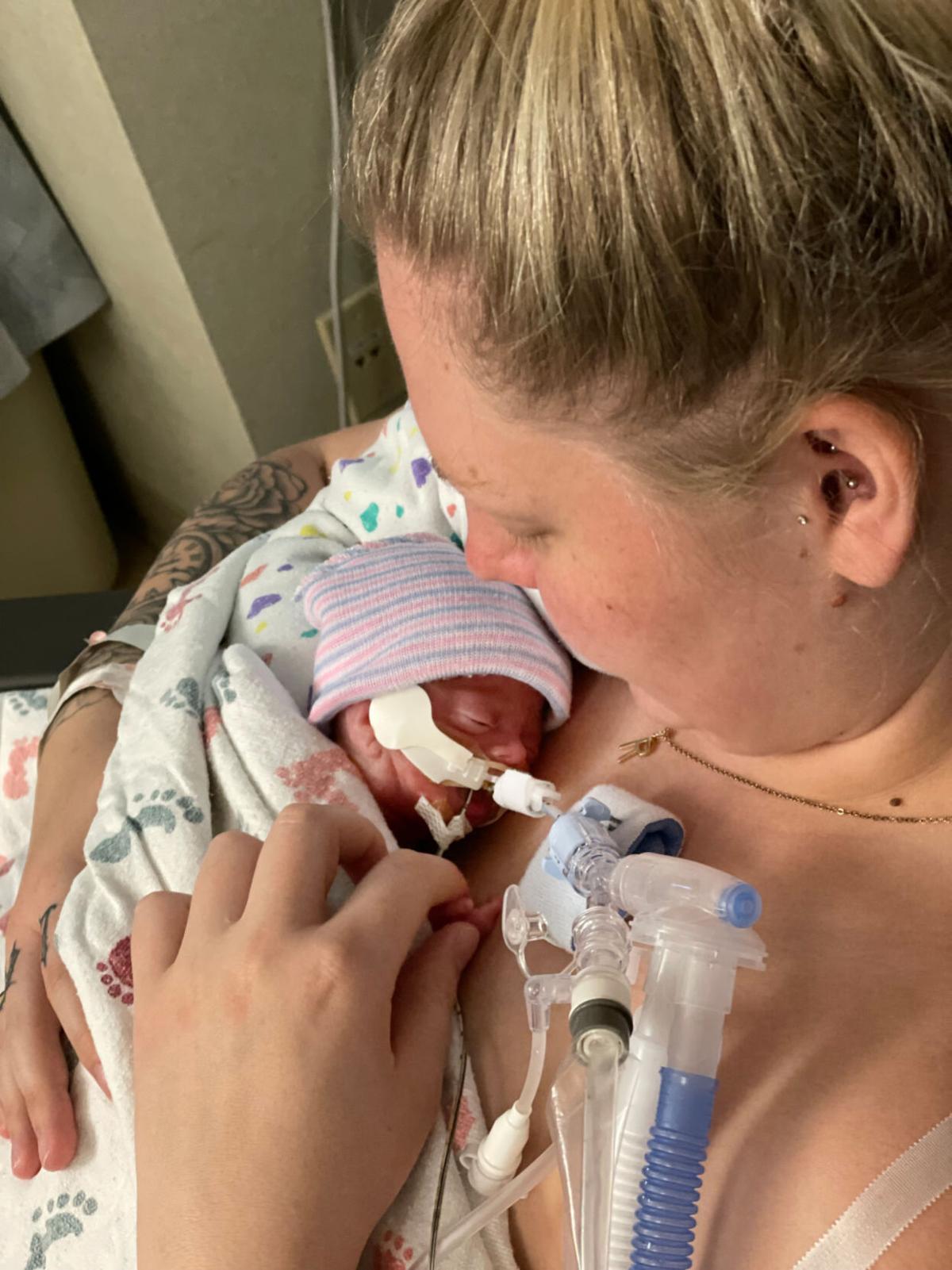 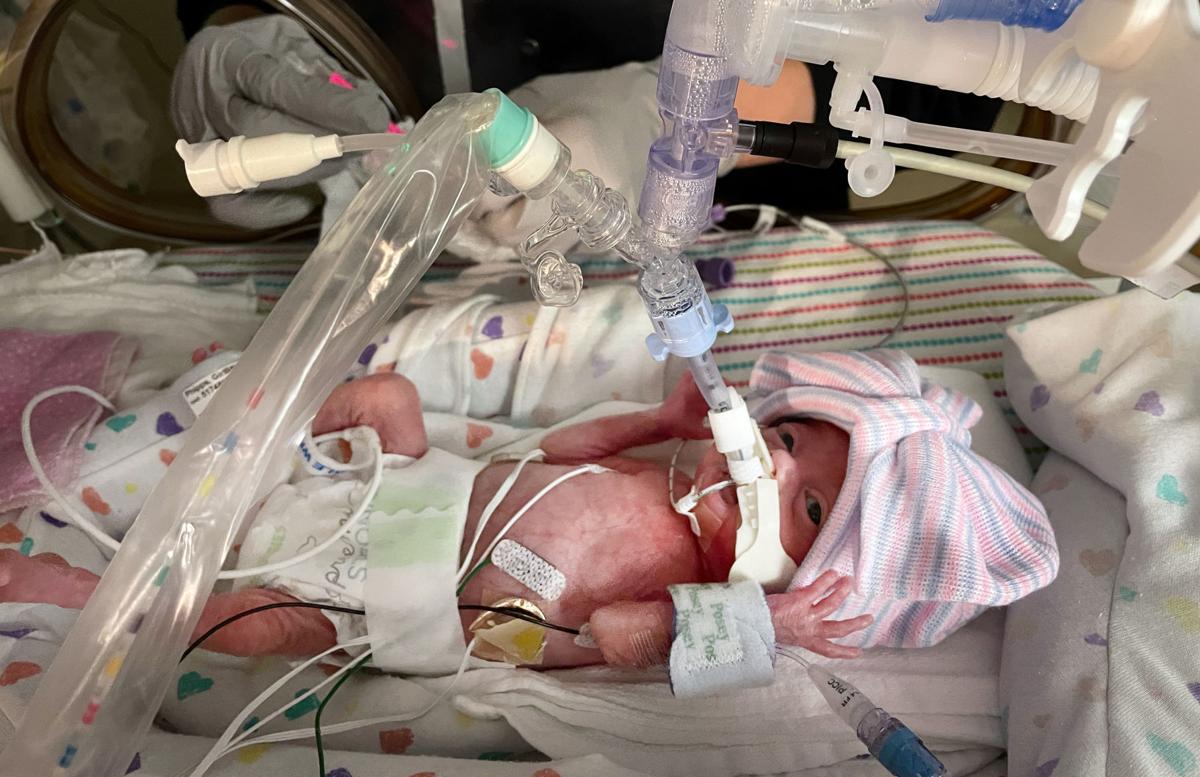 Reece Martin, who went home Nov. 2, is the youngest preemie ever born at Bryan Health to survive. She was born at 22½ weeks of gestation.

Megan Phipps had two previous normal pregnancies, so she had no inkling that the third one would be troublesome.

But early on, she started to have problems, and after multiple doctors' visits, she was diagnosed with uterine didelphys, which means she has two uteruses.

It's fairly rare, occurring in about 1 out of every 3,000 women. What's even more rare, however, is when a woman with the condition becomes pregnant with twins, one in each uterus.

That's what happened to Phipps, and it ended in an extraordinary journey of tragedy and triumph.

About five months into her pregnancy, she went into pre-term labor, and despite doctors' best efforts, they couldn't stop it. So in June, her twin girls, Riley and Reece Martin, were born a day apart, at about 22½ weeks of gestation, at Bryan East Campus.

But Reece, who was born June 12 weighing just more than a pound, managed to hang on.

After almost a year in the hospital, Sterling toddler nearly ready to go home

19:10+2 Watch Now: Pregnant Lincoln woman gets vaccinated after seeing her doctor on TV

Dr. Craig Sitzman, a neonatologist at Bryan Health, said that a few years ago, most hospitals wouldn't have even have tried to keep babies as young as Riley and Reece alive.

They can't breathe on their own. Their skin is paper-thin, even translucent. Their hearts often don't function correctly.

While at Bryan, Reece had to have nearly a dozen blood transfusions and spent 45 days on a ventilator.

That's what makes the success of her going home so impressive.

After a stay of 144 days in Bryan's NICU, she left the hospital with Phipps and dad Dillon Martin on Nov. 2. The girl who was born weighing little more than a bottle of soda had grown to more than 8 pounds by then.

Though babies born that premature often suffer a host of physical and neurological problems, Reece has not shown any signs of major complications.

"She is a true miracle," said Kallie Gertsch, a nurse in Bryan's NICU who cared for the infant during much of her stay.

Gertsch, who has spent 14 years as a NICU nurse, said the girl was "definitely the biggest success that I have witnessed."

It turns out she also is the youngest preemie born at Bryan to survive and one of only a few that young ever documented worldwide.

Bryan, citing data from the Tiniest Baby Registry at the University of Iowa, said Reece is only the 26th baby ever born before 23 weeks of gestation to survive. No other babies that young from Nebraska are listed in the registry.

Phipps described the roller-coaster experience: the very early births, her own recovery, and the loss of baby Riley.

She said the first days were extremely hard, not only the loss of one child, but the knowledge that, "I could potentially lose another one."

On the day that Riley died, Phipps said she made a promise to Reece, "that as long as she kept fighting, that I would keep fighting with her.

"And she did," Phipps said.

But it was a long, hard road. She said she made the Bryan NICU her home for the nearly five months her daughter was there. COVID-19 rules made it even tougher, because Reece's older siblings weren't allowed to visit their sister.

"It took a toll on me, but I'm glad and thankful that I got to take my baby home."

Photos: Youngest preemie born at Bryan to ever survive

Do we really gain weight in the winter?

Do we really gain weight in the winter?

PennyWise Episode 45: Four issues that can impact your home and wallet during the winter months

PennyWise Episode 45: Four issues that can impact your home and wallet during the winter months

On a day when COVID-19 hospitalization numbers in Nebraska rose above 600 for the first time in nearly a year, officials from Bryan Health encouraged people to get vaccinations, including booster shots.

COVID delayed an Omaha mom's open heart surgery, so she ended up getting a new heart valve through a less-invasive procedure, allowing her to go home earlier.

A man found not guilty of shooting a man outside a mobile home last year but guilty of being a felon in possession of a firearm has been sentenced to 25 to 30 years in prison.

The number of COVID patients in local hospitals has reached its highest number this year.

New surgeon is first in Lincoln focused on gynecologic oncology

Dr. Peter Morris has 35 years of experience in women's reproductive system cancers. He will be based at the new April Sampson Cancer Center when it opens in 2023.

Megan Phipps' daughter Reece Martin, who was born June 12 weighing just more than a pound, has grown to more than 8 pounds. "She is a true miracle," said Kallie Gertsch, a nurse in Bryan's NICU who cared for the infant.

Reece Martin, who went home Nov. 2, is the youngest preemie ever born at Bryan Health to survive. She was born at 22½ weeks of gestation. 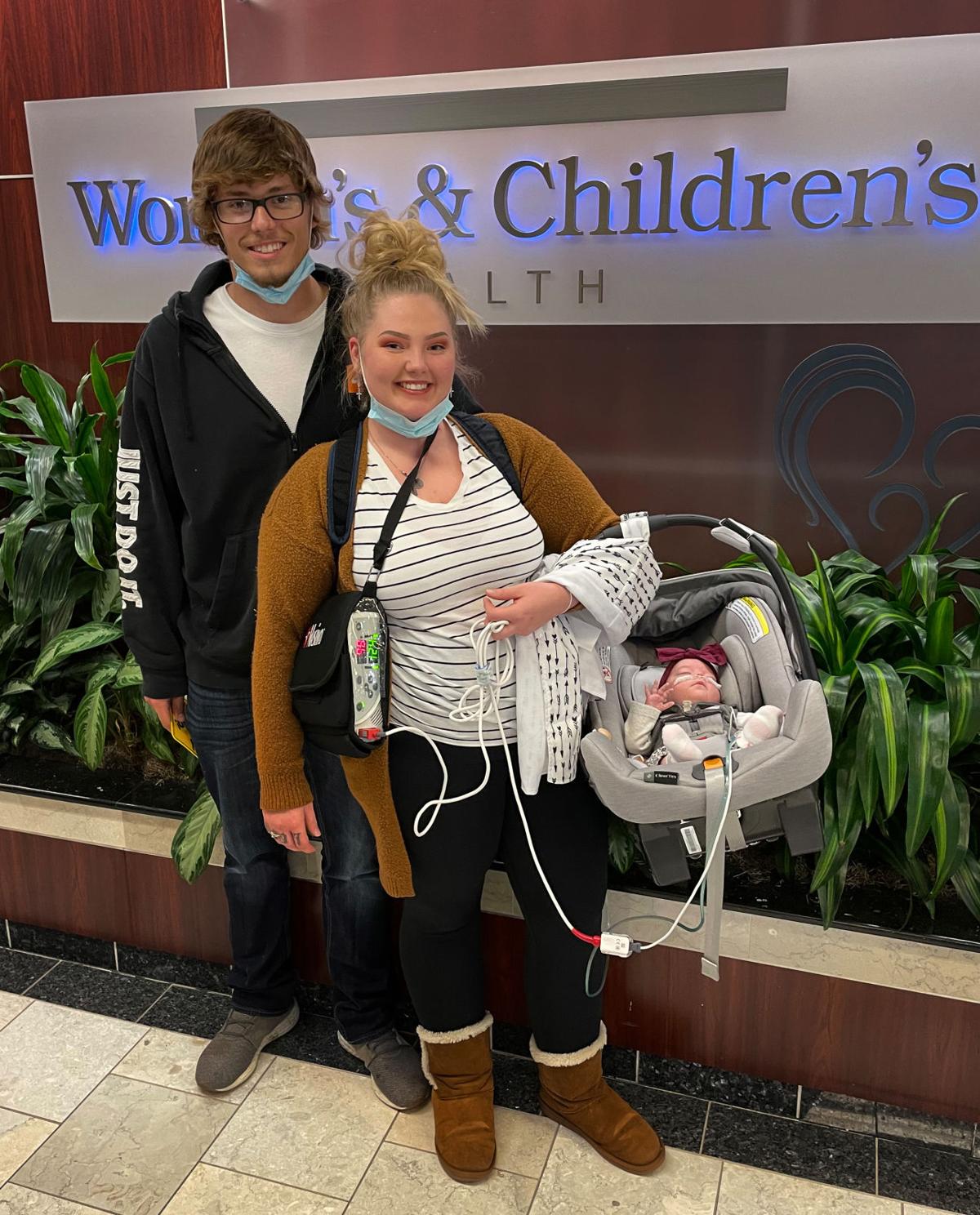