Last week, Dr. Matt Maslonka had to watch as a woman in the hospital sick with COVID-19 was wheeled into her husband's room to say goodbye before he succumbed to the disease.

"They were married for 21 years, she told me, and asked, 'How can I go on without my rock by my side?' There wasn’t an answer. I again expressed my condolences while holding back my own emotions, and thinking this didn’t have to happen," Maslonka wrote in a letter to the Journal Star.

The doctor, who is one of a handful of Lincoln pulmonologists treating all of the COVID-19 patients in local hospitals, said later in an interview that he is frustrated and heartbroken by all the people who are needlessly dying of COVID-19 at Bryan Health and CHI St. Elizabeth.

The woman recovered, but Maslonka said he's seen plenty of other cases where multiple family members have died. He spoke of a father and son who died in the same hospital, as well as siblings who died within 24 hours of each other.

Those deaths not only take a toll on the families but also on the people trying to help them — the doctors, nurses and other health professionals who spend weeks treating severely ill patients only to then watch helplessly as they die.

"This degree of suffering and loss that we're seeing is something that no one should have to witness," Maslonka said.

'They don't see how bad it truly is' — Lincoln ICU doctors, nurses bear the brunt of the pandemic

There are considerably fewer COVID-19 patients in Lincoln hospitals now than there were at the height of the surge last fall and winter, but the delta variant has led to a frightening new dynamic, he said.

Patients are now largely younger, usually between 50 and 65, compared with patients mostly 70 and older nearly a year ago.

And those younger patients are spending more time in the hospital.

Maslonka said that with the previous wave, older patients would often succumb faster to complications from the disease, or they and their families would decline ventilation, instead choosing end-of-life care.

That's not the case with younger patients, though. Their bodies are in better shape, so it takes longer for them to break down. And patients in their 50s and their families want every lifesaving measure taken, Maslonka said, meaning they will go on ventilators and stay on them for weeks.

Those patients demand "so much of the resources" that could go to other patients, such as those suffering from heart attacks or trauma, Maslonka said.

Even with moves Gov. Pete Ricketts has made, including suspending many elective surgeries and easing licensing requirements on nurses and other health professionals, hospitals in Lincoln remain extremely full.

Lincoln-Lancaster County Health Director Pat Lopez said Tuesday that Bryan at one point during the day had about two dozen patients in its emergency rooms who were waiting for an inpatient bed.

"Our local hospital capacity remains a serious concern," she said.

One of the issues with COVID-19 patients is that they often need a level of care that's not available in smaller hospitals, so they must be transferred to larger hospitals in Lincoln and Omaha.

Hospitals can't refuse a transfer if they have a bed open, which means even when local conditions improve, like they have recently, hospitals in Lincoln remain full because they are taking more out-of-county transfer patients.

"When the patients come in from an outside hospital, they are definitely more acute," Maslonka said.

He said it's often a combination of factors. The patients may have had to stay at a hospital in a rural area too long because there isn't a transfer bed available, which means they are quite ill by the time they get to Lincoln.

Maslonka said another problem with some patients, especially ones from rural areas where vaccination rates are low and fewer people are taking precautions, is that they don't believe that they are that sick, and they sometimes refuse therapies that could help them in the early stages of the disease, such as antiviral medicines or monoclonal antibody injections.

It's still true, even with the delta variant, that most people who get severely ill are older and/or have other health problems, he said. But Maslonka also said that out of every 20 patients, he still sees one or two who are fairly young and otherwise healthy. In every case, he said, those people are unvaccinated.

Deaths from COVID-19 are nothing new, with more than 2,800 people in Nebraska having died and Lincoln having just passed 300 deaths this week. And deaths now are not even that high compared to levels from last fall and winter.

But what's so frustrating, and what has Maslonka speaking out now, is that so many of them could be prevented if everyone eligible would get vaccinated.

He estimated that about 70% of the unvaccinated people he's treated who became seriously ill do eventually express regret.

"'I should have gotten the damn shot.' I've heard that multiple times before we intubate them," Maslonka said.

Vaccinated people do still die from COVID-19 — in fact, four of the 13 people who have died in Lancaster County in October were vaccinated — but Maslonka said in nearly every case, the patients are either very old and/or have serious health problems.

The Health Department announced one death on Thursday, an unvaccinated woman in her 40s.

Maslonka lamented the fact that COVID-19 and especially the vaccine have become political issues and are subject to so much misinformation and so much mistrust of doctors and the public health system as a whole.

That's a dangerous trend, and "people are dying unnecessarily" because of it, Maslonka said.

Lopez called resistance to the vaccine and other preventive issues such as masks "discouraging."

"This is a health issue, not a political issue," she said.

"I want my loved ones to be able to access care if they need it in our community. I don't want to have to be worried that we're not going to have a hospital bed available for them," Lopez said.

And, she added: "I don't want to see our physicians and nurses taxed to the breaking point."

PennyWise Episode 40: How to be sure your donation makes an impact

PennyWise Episode 40: How to be sure your donation makes an impact

Revamp your workplace wardrobe with these money saving tips

Revamp your workplace wardrobe with these money saving tips

Gifts for couples who have everything

Gifts for couples who have everything

Teen injured in 25-foot fall from roof at Wesleyan campus

The woman was conscious and alert when Lincoln Fire and Rescue workers took her to a Lincoln hospital, where she remains hospitalized, police said, and foul play is not suspected.

Capt. Nancy Crist said shortly before 2 p.m. Thursday firefighters were called to the apartment complex at 15th and Superior streets on smoke coming from a garage.

The prosecutor said Cedrick Cole's girlfriend left at 12:50 p.m. Shortly after, he could be seen on video picking up a white bottle near the charcoal grill and going inside. "It's certainly consistent with lighter fluid. It makes sense."

The opinion says that in light of conflicting medical information, doctors should be free to use "additional tools that could save lives, keep patients out of the hospital and provide relief for our already strained healthcare system."

The opinion says that in light of conflicting medical information, doctors should be free to use "additional tools that could save lives, keep patients out of the hospital and provide relief for our already strained healthcare system."

One of the speakers at Sunday's Making Strides Against Breast Cancer walk was Dr. Rachel Jendro, who became Lincoln’s first fellowship-trained breast surgical oncologist when she came to the city in April to work at General Surgery Associates.

The deceased was a hospitalized woman in her 80s. She was vaccinated.

COVID cases and hospitalizations continue to fall slowly in Nebraska

Nebraska posted 3,980 new cases in the week ending Friday, down 12% from the previous week. But in some parts of the state, transmission levels are still so high that new surges are possible.

After declining 43% from the beginning of September to the end of the month, cases have now gone up slightly each of the past two weeks.

The deaths of a woman in her 60s and two men in their 70s announced Tuesday bring the total number of deaths during the pandemic to 306.

Hy-Vee has started offering the booster shots, and the Lincoln-Lancaster County Health Department is planning clinics next week.

"Many Nebraskans are facing the loss of their livelihood and are exploring ways to maintain employment without being required to take one of the vaccines," the Attorney General's Office said.

While Joel noted the mandate is solely the Health Department's decision, the superintendent said LPS meets weekly with Director Pat Lopez and other public health officials to discuss the community's response.

The Lexington said it is in contact with the Lincoln-Lancaster County Health Department, but it's unknown how many cases have been confirmed. 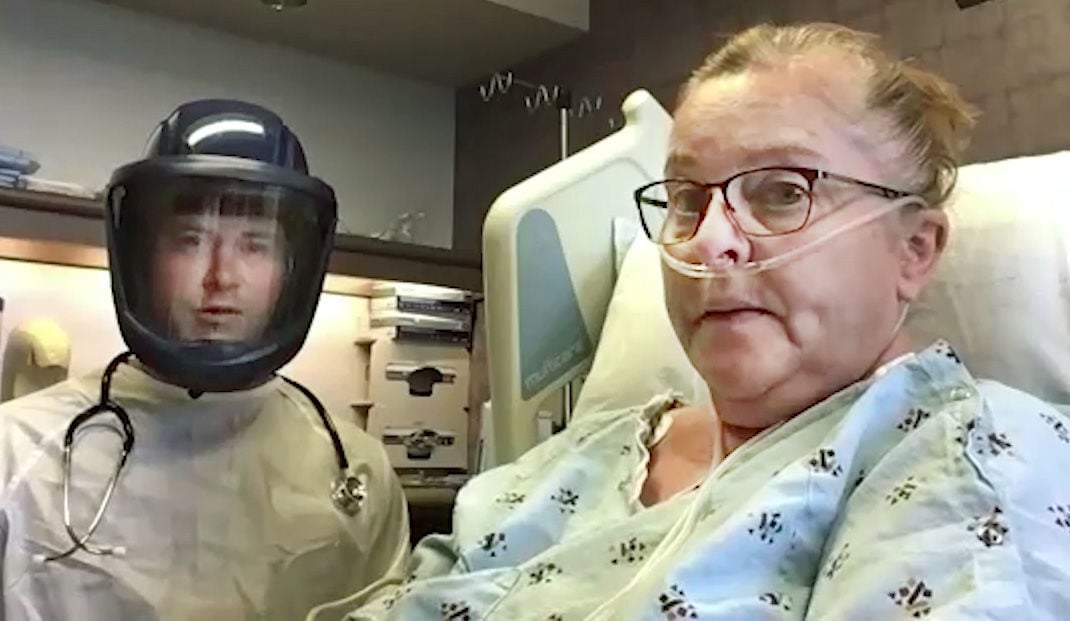 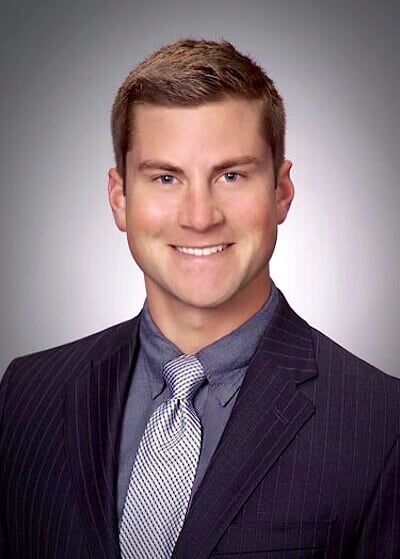 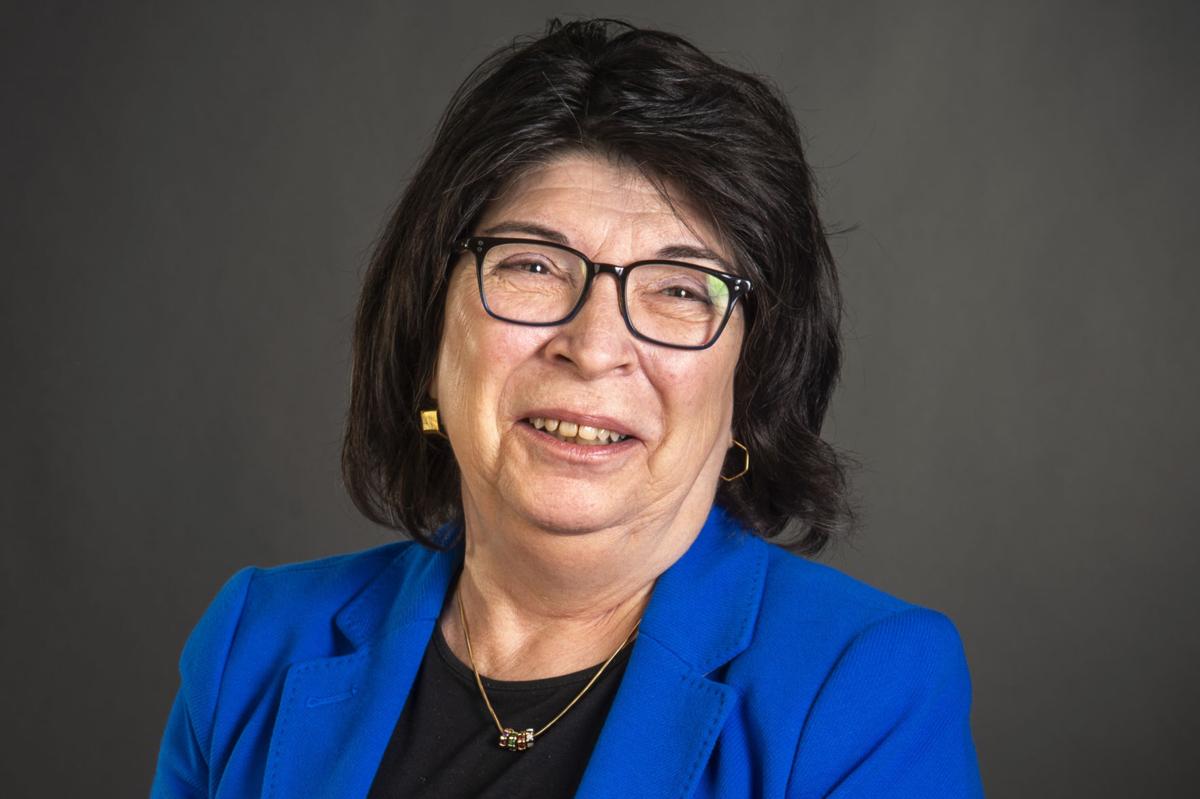