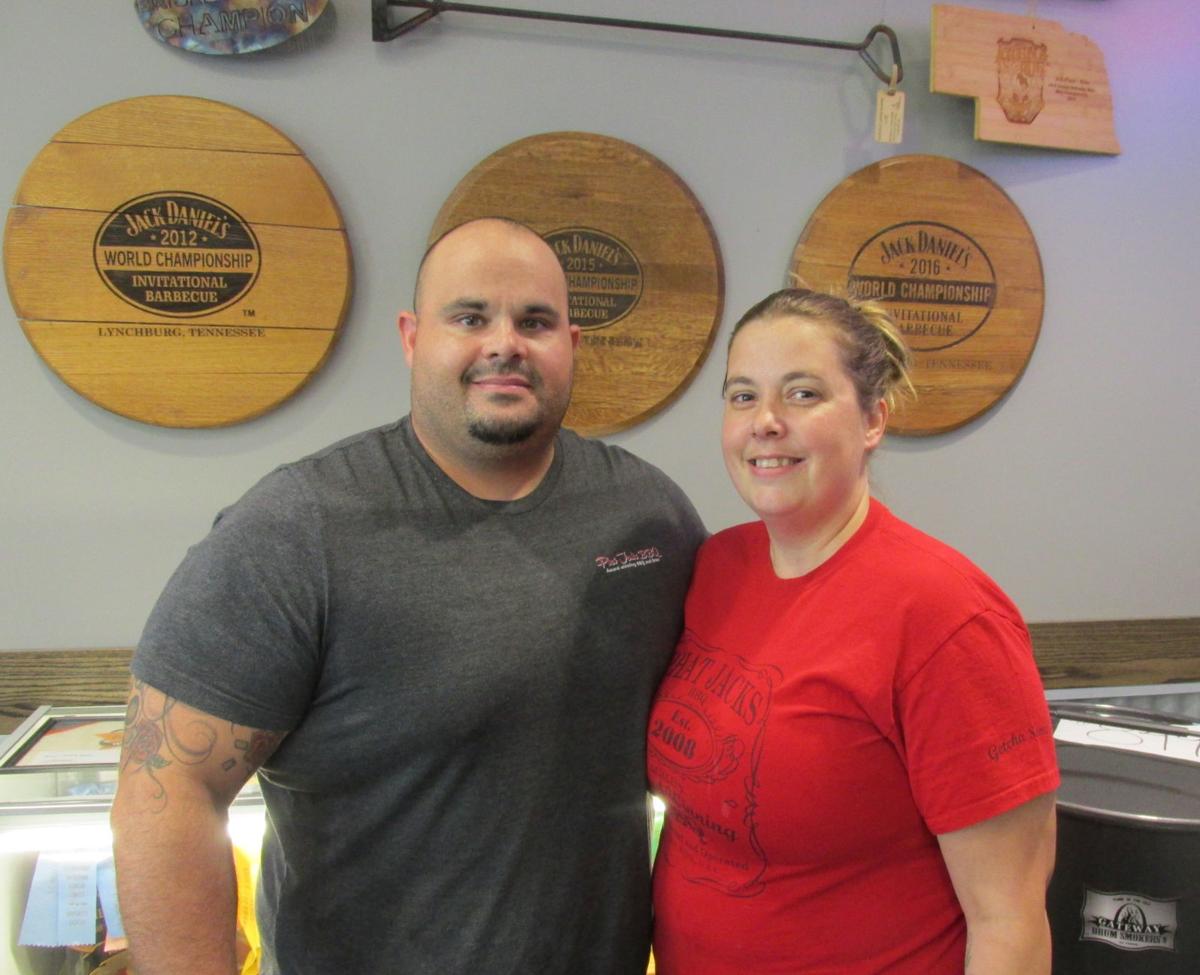 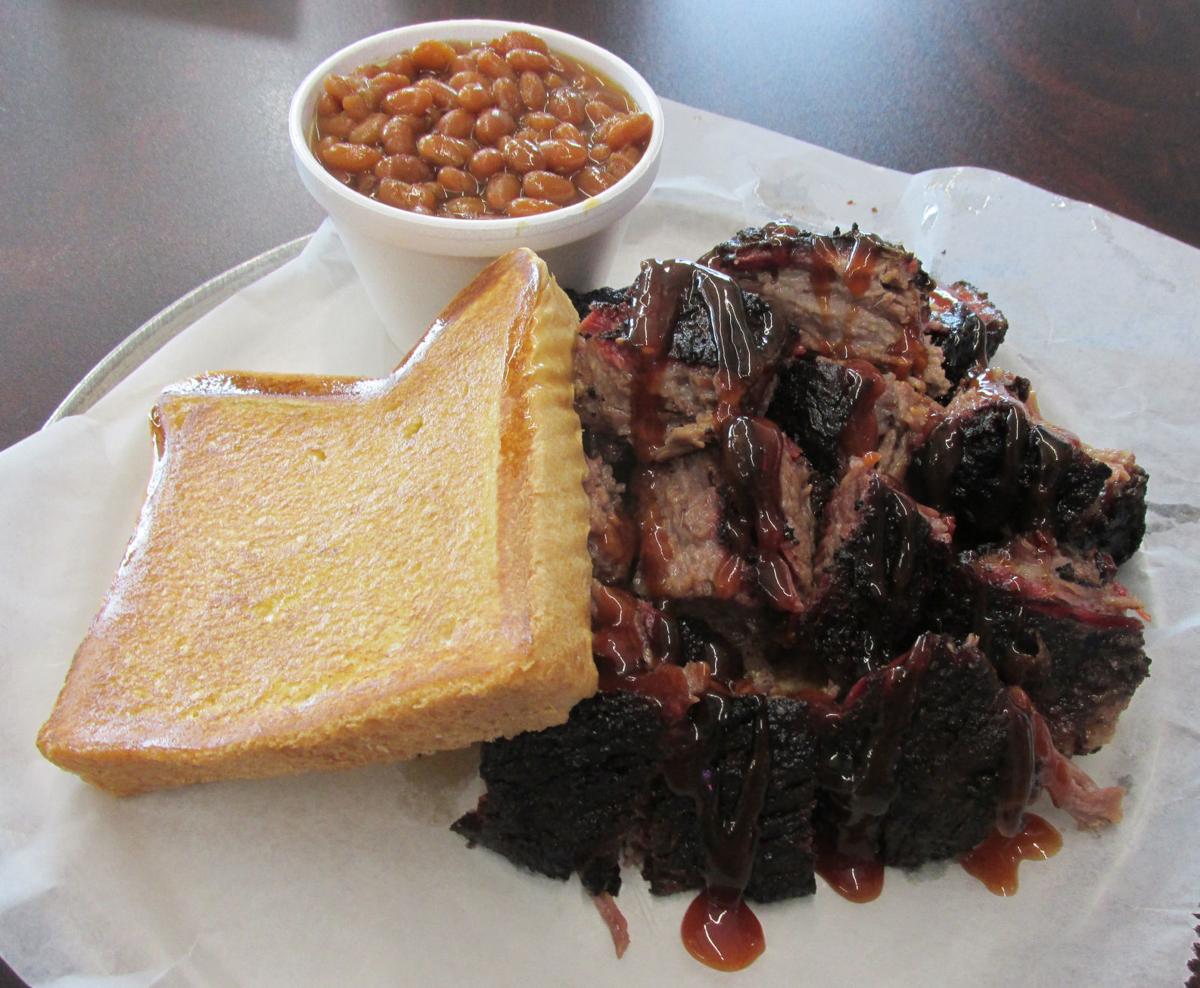 It’s not easy to eat barbecue and not end up a bit messy.

And when the barbecue joint is considered the best in Lincoln and among the best in the region, figure that a whole new change of clothing might be necessary after a visit.

Phat Jack’s BBQ has been around Lincoln for almost 10 years, but those years have been spent in some different locations.

Co-owned by Matt and Jackie Burt, along with Matt’s parents Ron and Kris Burt, Phat Jack’s started in Lincoln in August 2008 under a tent near 48th and Vine streets on weekends. By December of that year, the barbecue had found a home that seated some 12-16 customers.

“It was a little wooden hut … a shanty at 40th and Cornhusker,” Matt said.

By December 2011, Phat Jack’s had moved to the Belmont area (11th and Cornhusker Highway) and upgraded to a seating capacity of 53. But shaking his head, Matt confides that with their barbecue’s popularity, they simply outgrew that location too.

So a trip out to west Lincoln in February 2017 brought Phat Jack’s to its most recent site just off of West O Street.

But the Burts were smoking ribs and brisket and developing a reputation long before opening any eateries. Lincoln natives Matt and Jackie had moved to Kansas, and as a hobby engaged in competitive barbecue. And they were quite good at it. With their team name being Phat Jack’s, they developed sponsorships for the competitions and soon started catering sponsors’ events.

Given their success in competitive barbecue, when they decided to return to Lincoln in 2008, creating a barbecue restaurant seemed like an obvious next step to the Burts.

Over the years, the Burts’ KC style of barbecue has earned them some 300-500 awards – Matt sighs and admits he is not sure of the exact number. Many of them festoon the current Phat Jack’s location – an open and relaxed area with a vaguely industrial feel with muted metal tones, generating an informal atmosphere where everyone is welcome.

Among all the ribbons and plaques representing awards won, there is recognition from World Championship BBQ in Lynchburg, Tennessee, where Phat Jack’s has represented Nebraska for four years. Then there is a carved wooden pig that Phat Jack’s received as Grand Champion from the Greater Omaha BBQ Society, and a First Place Award (tied) for BBQ chicken at the American Royal BBQ in Kansas City.

Matt also notes that Phat Jack’s has won the Lincoln Journal Star’s Best of Lincoln BBQ category for the past five years. “Or is it six?” he ponders.

The Burts feel that Lincoln likes their KC style of barbecue. Matt explains that “everywhere you go, barbecue is different. Kansas City is more of a tomato-based sauce, Texas is more dry and the Carolinas use more vinegar or mustard.”

Phat Jack’s starts smoking meat about 7:30 p.m., and it comes off the pit the following morning around 9 a.m.

Pork ribs are $11.99 half slab/$19.49 full slab, seasoned with a special blend of spices and slow cooked six to eight hours. Matt warns that customers should arrive early, because for quality they only cook a limited number of ribs daily and they don’t last long.

Signature Dishes include five items: Jack’s Loaded Baked Potato (potato with melted butter, sour cream, cheese, chives and topped with award-winning brisket or pork, then drizzled with BBQ sauce), $6.99/Debbie’s Way $5.99; Burnt Ends (a Phat Jack’s favorite served on Texas toast, limited availability), $9.99; BBQ Nachos, $7.99 half/$9.99 full/$6.99 Debbie’s Way; BBQ Sundae (not a typical sundae – layered with beans, coleslaw, choice of meat, pickle spear and drizzled with sauce), $5.79; and Sundae Platter (same as the BBQ Sundae, but on a plate), $6.49. The Burts reinforce the popularity of the Burnt Ends as a decided customer favorite, which they often run out of by mid-afternoon.

For family dinners or entertaining, brisket or pulled pork is available at $14.49 a pound. Separate side dishes of coleslaw, baked beans and potato salad can be ordered at $1.99/$3.99/$4.99, with chips and cornbread $1 each.

According to the Burts, they are investigating the possibility of opening a second Phat Jack’s sometime in the future either in Lincoln or the surrounding area.

Jackie stresses that Phat Jack’s is family owned and operated, and strives to serve and feed its customers like family. Matt supports that by saying he doesn’t want to provide just average barbecue to Phat Jack’s customers; only the best.

Saying that, Matt recognizes that it isn’t always possible to please everyone.

“There are some really good barbecue places in Lincoln,” he said. “If someone doesn’t like Phat Jack’s BBQ, I try to push them toward another local restaurant to try.”

One question that almost always surfaces is “Where is Jack?” When that happens, Matt and Jackie just look at each other and smile. “He is not around.”

Top places to get BBQ in Lincoln

My wife, Rebecca, decided what she was going to eat before we even arrived at the restaurant.

From bean to brew: Co-roasting space at Chez Sodo aims to spread love of coffee in Lincoln

Established on the nation's coasts, co-roasting could be considered a subculture of the coffee industry. And it has found its way to Lincoln.

About the time his sister and brother-in-law were helping start Zipline Brewing, Matt Wood found out he had Celiac disease, a serious form of …