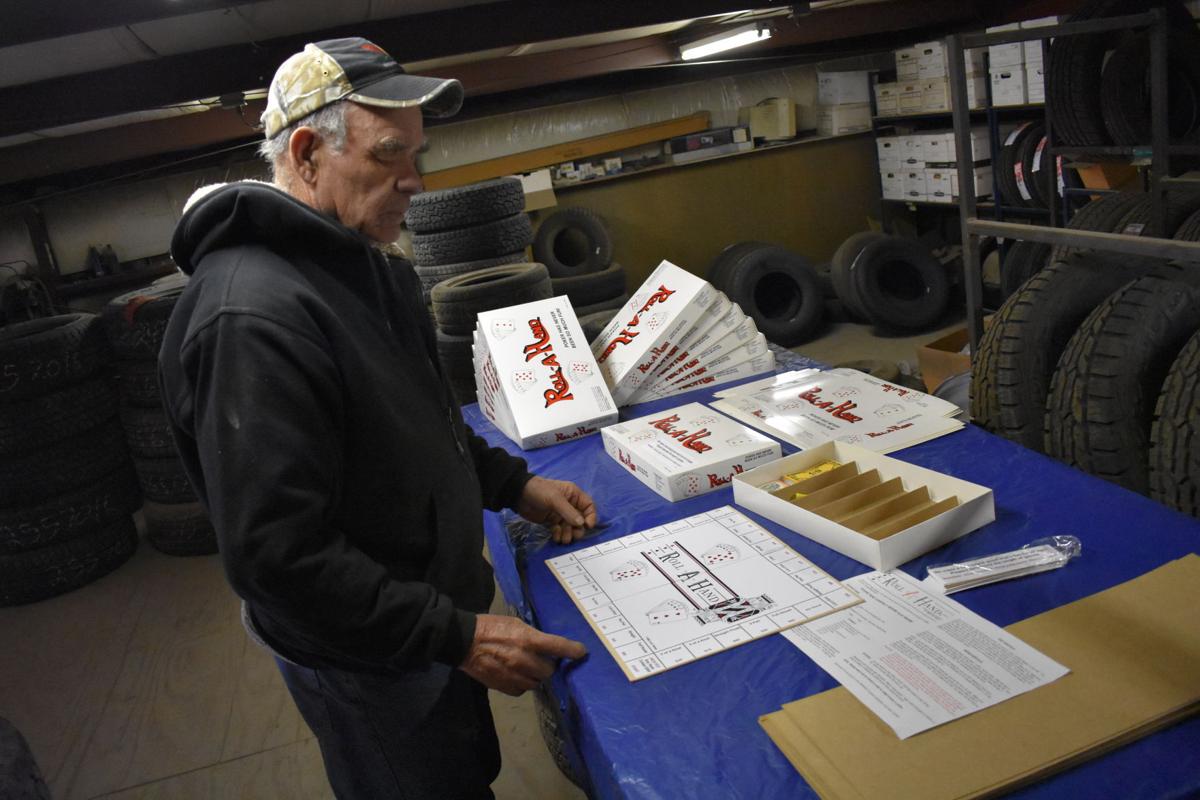 Larry Halsey packages a copy of “Roll-a-Hand,” a board game he created 30 years ago. Halsey is starting to sell the game again. 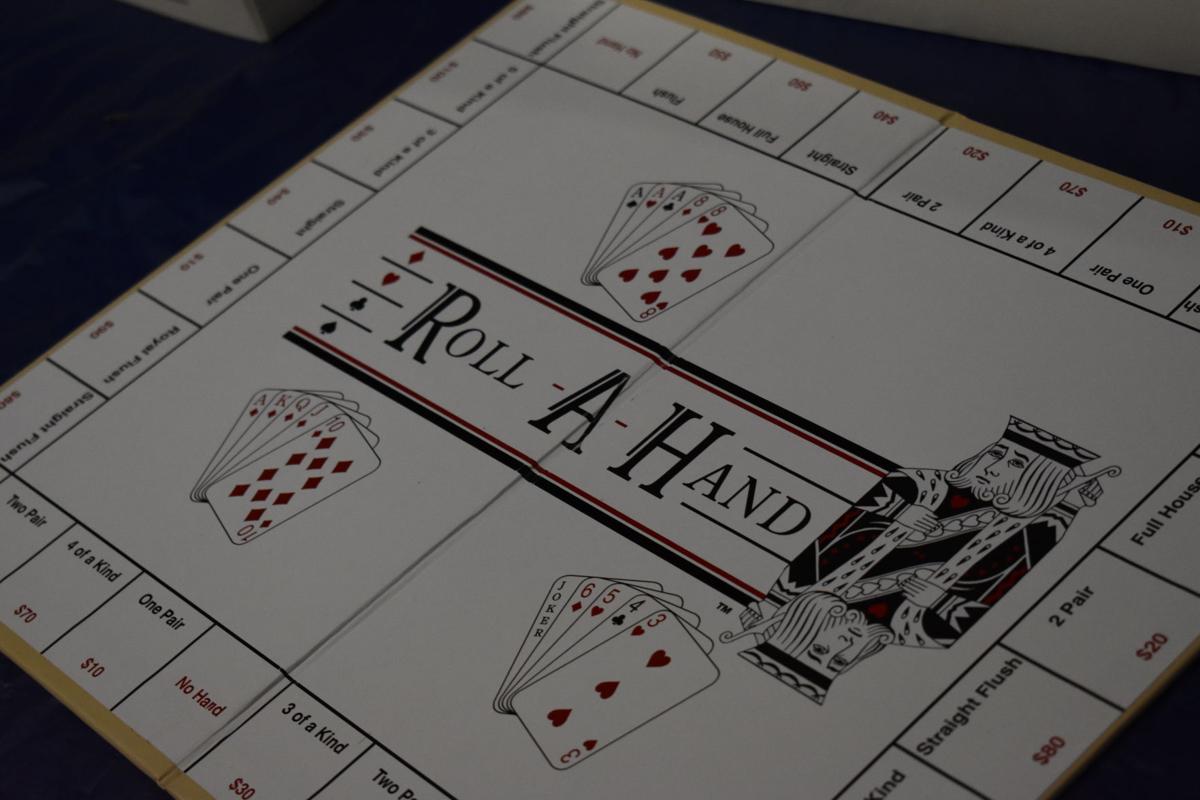 “Roll-a-Hand” is a poker-based board game for ages 8 and up. It pairs traditional board games with a twist of poker.

BEATRICE — A Beatrice man is rolling the dice on a board game he invented nearly 30 years ago.

The game is called “Roll-a-Hand,” and creator Larry Halsey hopes his game will draw families away from their phones and into the living room for some quality family time.

“I decided there ought to be a board game that Mom, Dad and the kids can play together,” he said. “Maybe pick a night for a couple hours and have something to play, so I started thinking and I came up with the game. Get the family involved for an hour or two a week. I think they’ll enjoy it.”

What he came up with was a poker-based board game for ages 8 and up. It pairs traditional board games with a twist of poker. Players roll dice and make their way around the traditional game board. Each square features a different poker hand, and players win play money while also trying to be the first to the finish.

The game comes with a set of rules, but Halsey said they’re meant to be followed loosely, while players tailor the experience to their liking.

“The players determine the length of the game either by time, points or whatever," Halsey said. "At first, I didn’t have play money in it, but then I found out that little kids like to play with play money, so I got somebody to make the play money, if you want to use it.”

If the game sounds familiar, that's because Halsey patented and copyrighted the game in the 1980s and sold it from 1988-90.

The game was stocked in hospital gift shops, drug stores, liquor stores, salons and other stores in the area.

Halsey said the game was popular back then, but he “put it on the shelf” when he started a business.

He still operates Larry’s Tire and Service in Beatrice, where the game can once again be purchased for $18.95. A friend is helping him set up online sales, where Roll-a-Hand can be purchased for the same price, plus a shipping charge.

Halsey said 29 years after the game first went on sale, he decided to start selling them again after an inquiry from a woman who played it as a child.

“A woman called me up and said she had one 30 years ago,” he recalled. “She called me up and said, ‘Larry, you got two kids who grew up and they’re wanting that game again.’ I just decided in my spare time I would start it up and sell them to people around here and get it on the internet.”

The game is locally produced by printers in Beatrice and a box manufacturer in Lincoln.

Nebraska's largest solar farm is up and running

KEARNEY — The largest solar farm in Nebraska has started operations.

BELLEVUE — The Bellevue City Council has voted to accept a bid to tear down an eyesore car wash owned by a fellow member.

OAKLAND, Iowa — A fire erupted on a school bus after it backed into a ditch near here early Tuesday, killing a student and the bus driver, inv…

See the many products developed in Nebraska through the decades.

BEATRICE — Beatrice Bakery is celebrating an impressive milestone this year.

Larry Halsey packages a copy of “Roll-a-Hand,” a board game he created 30 years ago. Halsey is starting to sell the game again.

“Roll-a-Hand” is a poker-based board game for ages 8 and up. It pairs traditional board games with a twist of poker.