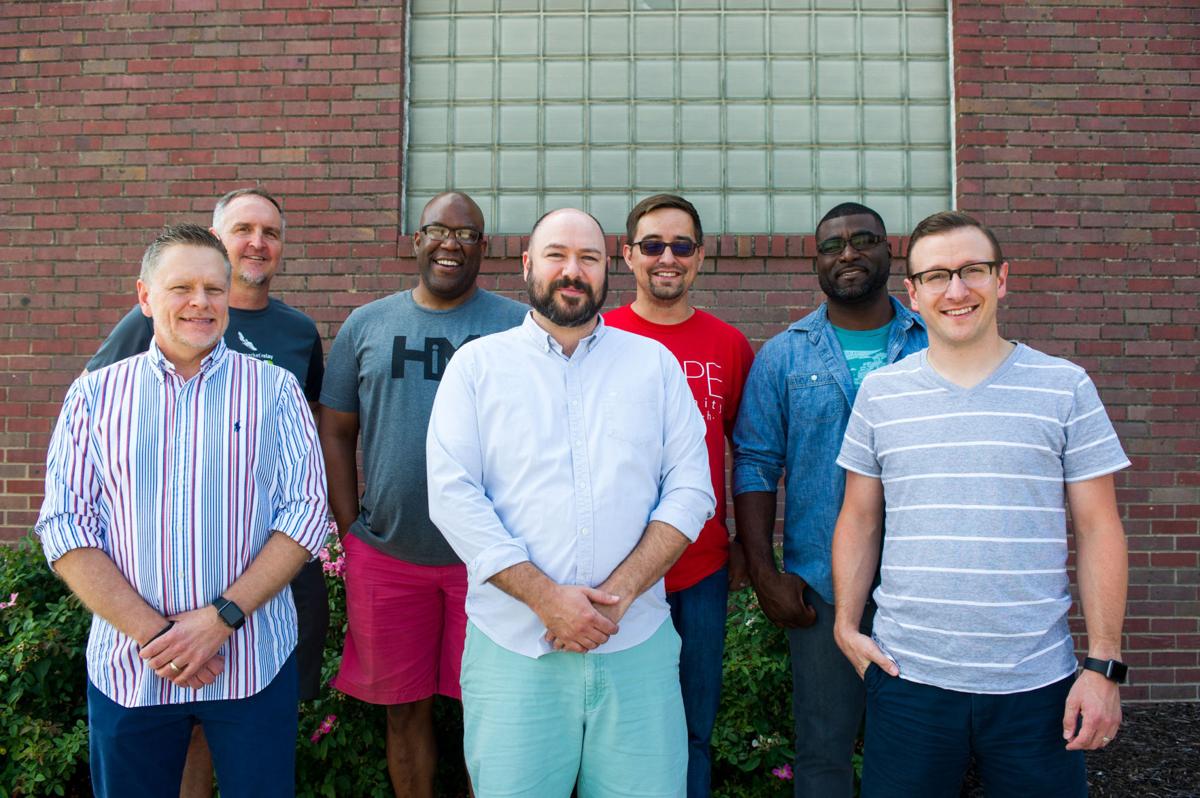 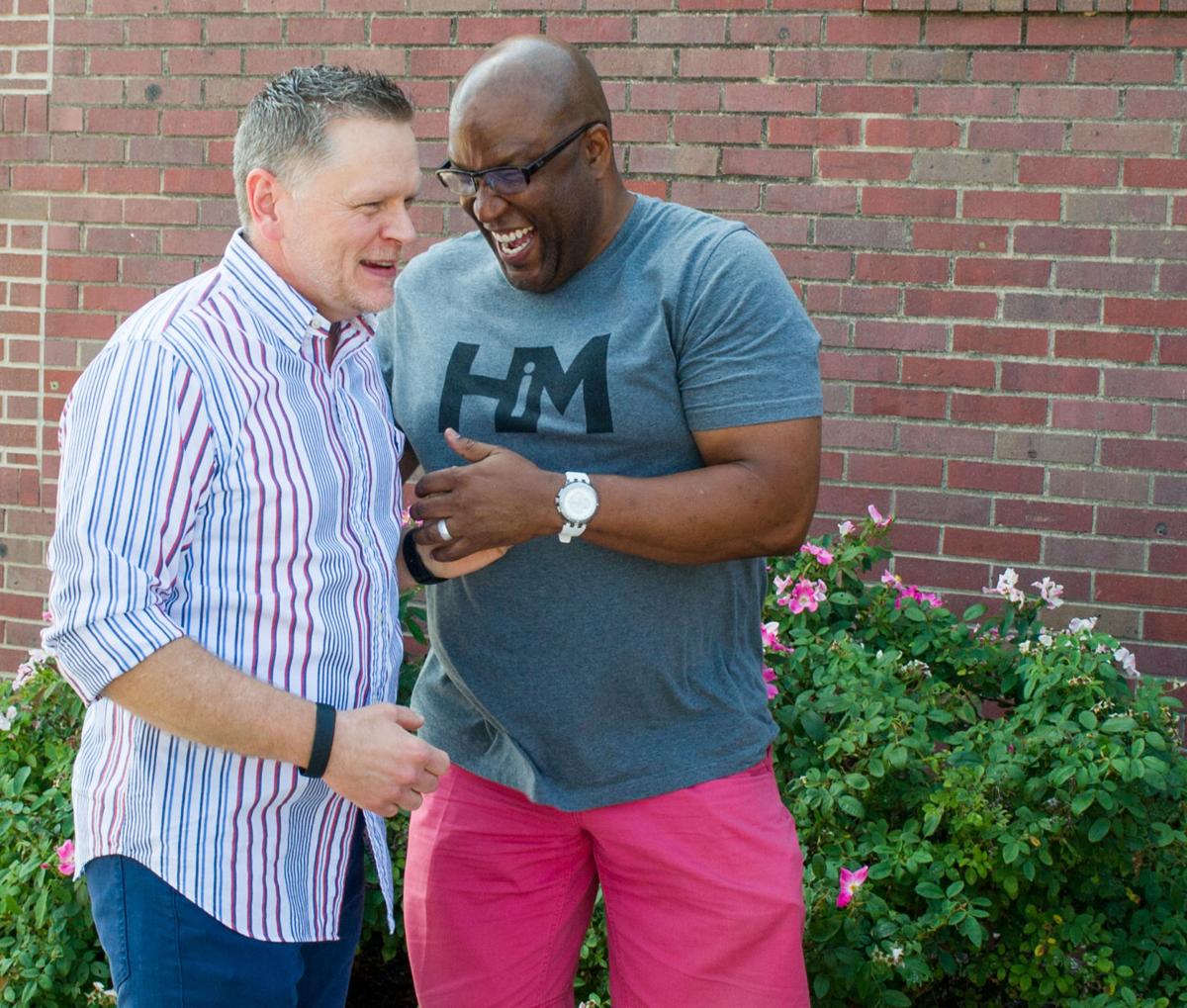 Pastors Rick Lorimer (left) and Kevin Pringle shake hands in front of Two Pillars Church on Saturday. The pastors are two out of 62 Christian congregations in Lincoln who plan to read a united statement against racism during Sunday services. 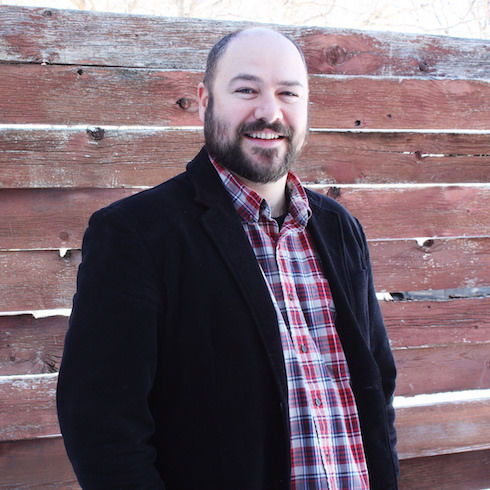 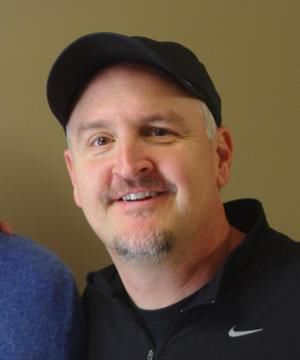 In the wake of deadly violence at a white nationalist rally in Charlottesville, Virginia, last week, religious leaders in Lincoln were left grappling with how to discuss racism with their congregations.

Members of 2 Pillars Christian Church at 15th and South streets asked their pastor, Rev. Todd Bumgarner, how to understand the hate on display in Virginia and why it happened.

Bumgarner himself was shocked at the events.

On Aug. 11, torch-wielding white supremacists held a pre-rally march through the University of Virginia campus, chanting "Jews will not replace us" and "blood and soil."

The next day, hundreds of white nationalists marched through Charlottesville for the "Unite the Right" rally in protest of a decision by the city to remove a statue of Confederate general Robert E. Lee.

"Part of it is trying to understand where that sentiment comes from," said Bumgarner, a white man. "An event like this rolls back the curtain a little bit and shows you something that's been there the whole time."

On Monday, emails began to circulate between a group of Evangelical and African-American pastors who had been meeting for months to discuss issues of race relations and religion.

"You can't be a Christian and be a racist," Bumgarner said.

Rev. Stu Kerns, a white pastor at Zion Church at 27th and Old Cheney, saw the Charlottesville events as a chance to unite congregations across Lincoln.

"We're in an age where silence communicates agreement," Kerns said. "Christians can't be silent. We need to communicate what is very clearly God's words."

In a stand of unity, the pastors prepared a 140-word statement strongly condemning the Charlottesville attack, bigotry, racism and white supremacy.

Pastor Scott Martin of Hope Community Church wrote the first draft, then it was passed around between the first few pastors until a final version was agreed upon.

As of Saturday afternoon, 62 pastors were on board to read the statement during their Sunday services.

"It's really important for the members of our churches to see us united, especially over something as crucial as this," Bumgarner said. "We can put aside our theological differences and come together."

The statement also calls upon local and national leaders to stand up to the groups on display at Charlottesville.

"We will be united as Christian brothers and sisters and will be preaching that there is no room for racism at any of our churches," the statement reads.

Nan Kaye-Skinner, lead pastor at Trinity United Methodist, jumped on board with the statement Saturday.

"One of the fundamentals of the Christian faith is that we are all created in God's image," Kaye-Skinner said. "We are equal and racism stands as a sin against that tenant."

President Donald Trump faced some criticism for taking too long to condemn neo-Nazis and white supremacists and initially blaming "many sides" for the violence in Charlottesville.

On Tuesday — two days after the Charlottesville events — Trump renewed his insistence that "there is blame on both sides, and on Thursday he Tweeted in favor of keeping "beautiful" Confederate statues, sparking widespread criticism.

"I think regardless of politics, we as Christians can agree on the statement we put together," said Bumgarner, who started the nondenominational 2 Pillars Church seven years ago. "It's bigger than one church or a few pastors."

“It (race relations) is something that as a minority in the Midwest you have to be involved in," Coke said. "You can’t escape the fact that you are a minority, even here in Lincoln."

Last Sunday, hundreds met for a candlelight vigil at Lincoln's Tower Square at 13th and P streets, taking part in an open dialogue about race in America.

But Rev. Kerns said he can't recall a show of unity by Lincoln pastors across theological and political divides like this in recent memory.

"There is really no organized database for clergy in Lincoln; everything like this is grassroots," Kerns said.

The pastors represent a wide variety of denominational and nondenominational Christian churches, including Lutheran, Methodist and Presbyterian.

"Being able to stand before our body tomorrow, to read the names of all these pastors, you just get that sense that this is something that really matters," Bumgarner said.

Not part of the pastoral statement was the Bishop James Conley of the Diocese of Lincoln, who responded the Charlottesville events on Friday in a column in the Southern Nebraska Register, Lincoln's diocesan newspaper.

Conley condemned white supremacy and, unlike the pastoral statement, he also condemned "a small number of counter-protesters ... who opposed their racist counterparts with violence."

The following unedited statement will be read Sunday at 62 Christian congregations across Lincoln:

As Pastors in the city of Lincoln, Nebraska we believe that all people are created in God's image. However, not all ideologies are godly. Any ideology, such as White Supremacy or Neo-Nazism, which states that one person is superior to another is blatantly sinful. We call upon the leaders of our city, state, and country to take a stand against the numerous groups in Charlottesville and throughout our country who claim these evil ideologies. We will be united as Christian brothers and sisters and will be preaching that there is no room for racism at any of our churches. We pray for healing, for accountability, and that racism will be condemned by all people in our city and in this country. Lastly, we pray that Jesus' message of loving our neighbor as ourselves (Matthew 22:39) would echo through our churches.

As of Saturday, 62 Lincoln pastors signed the "United Pastoral Statement on Racism" in wake of the white nationalist rally in Charlottesville,…

Trump booster rolls his 'Unity Bridge' through streets of Lincoln

A bent trailer axle brought the Trump Unity Bridge to Nebraska from its most recent stops in Sturgis, South Dakota, and the Black Hills.

Cindy Lange-Kubick: 'Fear and hate are like quicksand. Walk around.'

Joe Biden weighed in on Charlottesville Saturday night, tweeting five words to his 2.13 million followers: There is only one side.

Cindy Lange-Kubick: 'I was raised on the gospel of white superiority'

Judy Daniell moved 17 times in her first 13 years, from trailer park to crummy apartment to trailer park in the South.

Natural gas customers can enroll to lock in price

Residential natural gas customers who want to lock in a per-therm price of natural gas can enroll with Black Hills Energy beginning Wednesday.

An anti-hate resolution that promotes tolerance and rejects prejudice and bigotry is a response to the recent violence in Charlottesville, Vir…

'We have a long ways to go': UNL students rally against 'white nationalist' classmate

In early 1992, a Jewish couple invited a dying man to live with them in their Lincoln home.

Pastors Rick Lorimer (left) and Kevin Pringle shake hands in front of Two Pillars Church on Saturday. The pastors are two out of 62 Christian congregations in Lincoln who plan to read a united statement against racism during Sunday services.