The Rev. David Korth grew quiet, struggling to speak about the community response to his Hodgkin’s lymphoma diagnosis in June.

“The love and support is overwhelming,” he said.

Korth announced a $1 million donation for the CUES School System, of which he is president. It will help Sacred Heart, All Saints and Holy Name grade schools stay competitive in teacher pay, invest in new technology and provide support for students’ families.

The gift, from an anonymous donor, brings CUES within $1.8 million of a $12.8 million campaign goal begun three years ago.

“I can’t help but see this $1 million gift as an expression of all the people who have reached out to me,” Korth said.

It eased the pain of another decision he had to make last weekend. He shaved his hair, the same silver mane that he’d let grow last winter, promising not to cut it until he either got a $1 million donation to CUES or there was an approved vaccine.

The vaccine came first, and Korth cut his shoulder-length locks in December. His hair started falling out last week because of his cancer treatments, and he decided to take it all off.

“I went from all or nothing, I guess, this last year,” Korth said. “Who could have seen what has happened with this journey of my hair this last year?”

Korth was diagnosed with Hodgkin’s lymphoma, a cancer of the lymphatic system, after visiting his primary care physician for a regular exam. Dr. Mark Oberlies noticed some irregularities when he was checking Korth’s heart for plaque.

Korth shared the news with his congregation at Sacred Heart Catholic Church, and they have responded with daily meals, offers to run errands and rides to the doctor. Korth will undergo six chemo treatments.

It’s left him with a yucky feeling and low-energy days after treatment, a dry cough and the loss of his hair.

“I really, really believe I’m being held in God’s arms through this,” he said. “So many people are reaching out and expressing their well wishes and prayers for me, and then asking, ‘What can they do?’”

He decided he would ask for support for CUES, money that can make a difference in the lives of the students involved, and for prayers for anyone who is dealing with cancer.

That includes his adoptive sister in Winnebago, Sarah Snake, who has inoperable cancer. He’s been asking his parishioners to pray for her full healing through the intercession of Nicholas Black Elk, a Lakota Sioux medicine man born in the Civil War era who is up for canonization.

Jehovah’s Witnesses not coming to Lincoln again this year

“I really believe that this cancer is very beatable. It’s treatable. It’s curable,” Korth said of his diagnosis. “I’ve been praying about all of those who have gone before me with research and treatment. All the doctors and nurses. All of the people who have suffered ahead of me who have led to all the breakthroughs with this particular cancer and other cancers.”

Korth shared the news about his cancer with the $1 million donor, and they laughed that even though that person hadn’t donated when his hair was growing long, there was a second opportunity with it being shaved. The donor, he said, decided to help move the campaign forward.

Korth, meanwhile, is adjusting to his new look.

“I have to be honest. I’m still not used to having a shaved head. It will take a little time to get used to that,” he said. “The million dollar gift sure took a lot of the sting away, that’s for sure.”

10 times we were proud to be Nebraskans

Myths parents believe will get their baby to sleep

Myths parents believe will get their baby to sleep

Why November is one of the best months to save money

Why November is one of the best months to save money

As part of his plea, officials stated Thomas Woodard Jr. would be transferred to the Nebraska prison system to serve out his sentence there.

One of the first steps the St. Francis Day Foundation, which Steve Menzies chairs, will undertake is providing vaccines and medical equipment to displaced populations. It also will teach people about the dangers of “digital addiction.” 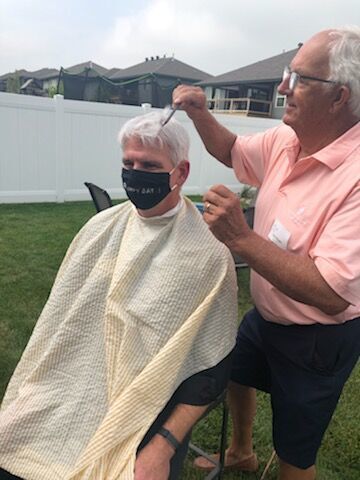 Barber Dick Wirges takes off the Rev. Dave Korth's hair. “I went from all or nothing, I guess, this last year,” Korth said. “Who could have ever have seen what has happened with this journey of my hair this last year.” 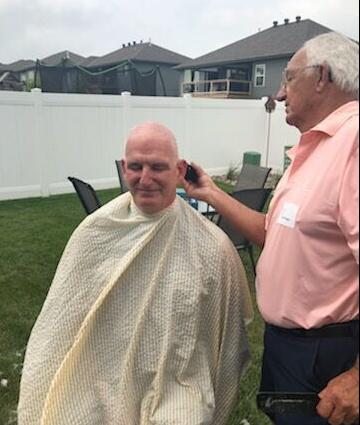 Barber Dick Wirges shaves the Rev. Dave Korth’s head last weekend. Korth’s hair was starting to fall out because of his chemo treatments. He was diagnosed with Hodgkin’s lymphoma in June. 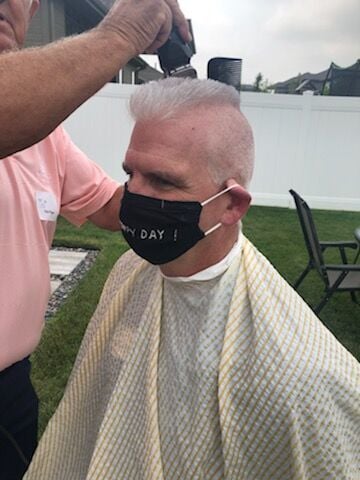 The Rev. Dave Korth lost his shorter locks over the weekend.