Texas gunman posted on Facebook before attack on elementary school

With the price of regular unleaded gasoline still in the $4-a-gallon range, the comparative price of premium is kind of a bargain at many stations.

When the price of regular surged this spring, the percentage difference between regular and premium at many stations actually narrowed — most likely so drivers will keep buying premium.

So treat your car to a tankful of premium once in awhile, some mechanics say.

Yeah, yeah, most vehicle manuals say you only need 87 octane unless you drive a luxury or performance car. And plenty of expert sources like AAA and Consumer Reports have long said that you’re wasting your money if you pump premium.

But drivers say they can feel a difference, especially when driving older cars in hot weather. That’s when knocking and pinging get louder and acceleration seems to struggle.

David dos Santos, owner of Japanese Auto Care Specialists in Margate, Florida, says knocking and pinging are a result of carbon and other byproducts left by cheap lower-octane gas, which he says burns less efficiently than higher-octane gas.

He recommends that his customers step up to 93 octane premium every five or six fill-ups, even if their car is designed for 87 octane.

He also advises using a high-quality brand with a level of detergent additives above the minimum standard required. Dos Santos said he only uses Shell or Chevron, but many brands are certified as selling a superior blend approved by car manufacturers called Top Tier. Those gasoline brands are identified at the website toptiergas.com.

Debates over whether cars designed for 87 octane run better when given 89- or 93-octane gas are easy to find on the internet, and 87-octane adherents make strong arguments.

Knocking is caused when fuel in an engine’s cylinder ignites before the piston reaches top dead center. The misfired piston then is thrust toward the back of the crankshaft against the momentum of the engine.

Ignition in modern cars is controlled by the cars’ computers, and those computers are calibrated to detect knocking and advance the ignition timing to eliminate it.

In an undated post, AAA said it found no increase in power or fuel economy when running 93 octane in cars designed for 87 octane. But those tests were conducted with cars that were just two years old.

As cars age, their engines become more susceptible to carbon buildup, also contributing to knocking and pinging by reducing the volume of space in the cylinder, creating heat-retaining “hot spots” that ignite fuel prematurely, changing the fuel-to-air mixture, or impeding regular movement of valves.

Filling up with premium helps clean up that carbon and other byproducts of burning cheaper gas, dos Santos said.

Newer cars benefit, he said. Dos Santos said he treats his car to high-octane, high-detergent gas every two or three fill-ups and the results are noticeable.

Pete Cenzano, owner of Cenzo Car Care in Margate, Fla., said he too uses high octane gas once in a while to help clean out the carbon in his cars. Premium gas gets better gas mileage, he said, which consumers can test for themselves with their tripometers. For some cars, the improved mileage helps offset the higher price for premium gas, he said.

What about pumping regular when manufacturers call for premium?

High gas prices can also tempt those who own vehicles in which high-octane gas is either required or recommended to opt for cheaper 87-octane.

Many of those are performance or luxury cars with highly tuned engines that need that extra octane to run at peak levels. But more and more “ordinary cars and crossover SUVs” require premium, Forbes reported in 2020, “due largely to more widespread use of higher-compression turbocharged engines for the sake of added power without sacrificing fuel economy.”

They include models of Buick Envision, Honda Civic and Chevrolet Malibu with turbocharged engines, and all models of Nissan Maxima, Kia Stinger, MINI Cooper, and Volkswagen Arteon.

Experts say that if a manufacturer merely “recommends” premium fuel for a particular model, then it should be perfectly fine to use regular, as the car’s computer will notice and adjust to the lower octane. But if a driver notices knocking and pinging, then use of higher-octane fuel should be resumed.

If the manufacturer states that premium fuel is required, then drivers should beware of downgrading to regular for any extended length of time. Using regular in a pinch — if, say, there’s no premium gas available — shouldn’t hurt the engine.

But cars that require premium are more likely to knock and ping when fed lower-octane gas. On the highway especially, the misfiring will lead to carbon buildup, Cenzano said.

According to the car enthusiast website Thedrive.com, “this phenomenon isn’t typically harmful to your engine if it happens occasionally, but repeated engine knock can speed up wear and tear.”

With gas prices reaching record highs, many car shoppers may be asking themselves: Which SUVs are the most fuel-efficient? Here are five options:

5 fuel-efficient SUVs to help you save at the pump

Offered in both conventional and plug-in hybrid variations, the 2022 Ford Escape is one the most fuel-efficient small SUVs you can buy. The standard hybrid earns an EPA-estimated 41 mpg combined (44 city/37 highway), giving it a total potential maximum range of 582 miles.

The plug-in hybrid returns 40 combined mpg and supplements its efficiency with 37 miles of electric-only operation. That means those with shorter commutes and convenient charging options may rarely need to use fuel.

Regardless of configuration, the Ford Escape Hybrid boasts a comfortable cabin, a compliant ride and sufficient power. A couple of drawbacks are its smaller than average cargo capacity and air conditioner that doesn't quite get super cold on hot days.

Like the Escape, Toyota's RAV4 is offered in both hybrid and plug-in flavors. The conventional hybrid nets 40 combined mpg (41 city/38 highway) for a total max range of 580 miles. The RAV4 Prime PHEV scores 38 combined mpg and a class-leading 42-mile all-electric range. Better still, the Prime is downright quick with 302 horsepower and a 0 to 60 mph sprint of just 5.6 seconds.

Other highlights of the 2022 RAV4 Hybrid include a roomy cabin, plenty of cargo space and standard all-wheel drive. Drivers will be less enthused with a somewhat awkward brake feel and the infotainment system's dated-looking graphics.

The Hyundai Tucson small SUV is fully redesigned for 2022. In addition to distinctive new styling and features, Hyundai has added hybrid powertrains to the Tucson's portfolio. Rated at 38 combined mpg (38 city/38 highway), and slightly less on higher trims, the standard hybrid can travel up to an estimated 521 miles on a single tank. Alternatively, the plug-in model returns 35 combined mpg and offers 33 miles of all-electric range.

Thankfully, those requiring a third row of seating aren't doomed to bad gas mileage. The 2022 Toyota Highlander Hybrid touts class-leading fuel economy of 36 mpg combined (36 city/35 highway), for a total range of 616 miles. Toyota's modest upcharge over the base Highlander and lower starting price than rivals keep the Hybrid attainable.

The Highlander Hybrid is easy to maneuver and smooth-riding, and it includes a full suite of driver aids as standard. Taller riders will have a tight squeeze in the third row and cargo space behind that row is constrained, though the total cabin volume is competitive.

The only thing better than fuel sipping is fuel abstinence. Tesla's Model Y Long Range serves up to 330 miles of electric range on a full charge. In our own range testing, we've found the Model Y underperforms its EPA estimate a little, but it's still one of the best SUVs available for going the distance. With overnight top-ups via a Level 2 charger, or stops at a Tesla Supercharger station, most drivers will never experience range anxiety and can happily ignore lofty fuel prices.

The Model Y is quick and cavernous, and it offers cutting-edge technology. Its inconsistent build quality and uninspiring design have opened the door for new challengers, however.

A burgeoning electric vehicle market and compelling hybrid options give consumers a variety of ways to beat the prices at the pump. But keep in mind that amid a vehicle shortage and rising fuel costs, these cars may be even harder to find or may carry premiums at dealers.

What to Do if You Can’t Afford Car Insurance

Here’s what to do if your auto insurance costs have become unmanageable, plus tips on how to lower your premium.

Mercedes tells owners of 292,000 vehicles to stop driving them

Mercedes-Benz is telling the owners of more than 292,000 vehicles in the U.S. to stop driving them because the brakes could fail.

Three common barbecue mistakes you could be making

How to make your sponges last longer

How to make your sponges last longer

WHO experts answer questions on monkeypox

WHO experts answer questions on monkeypox 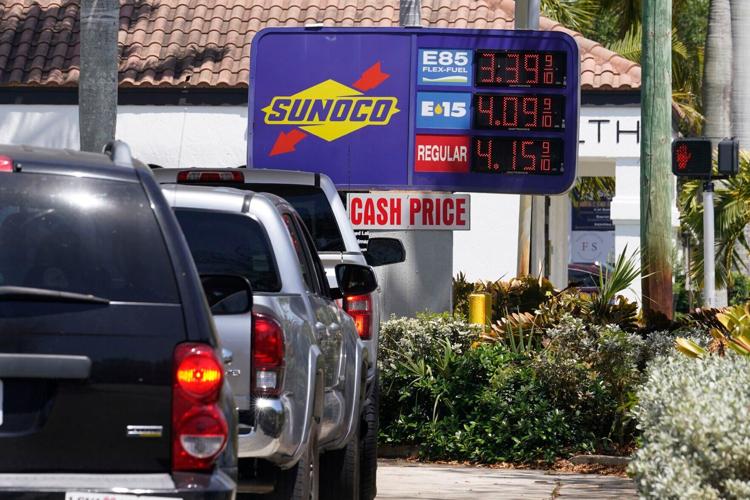 Cars line up at a Sunoco gas station offering high-level ethanol-gasoline blends at a cost below regular gasoline on April 13, 2022, in Delray Beach, Fla. 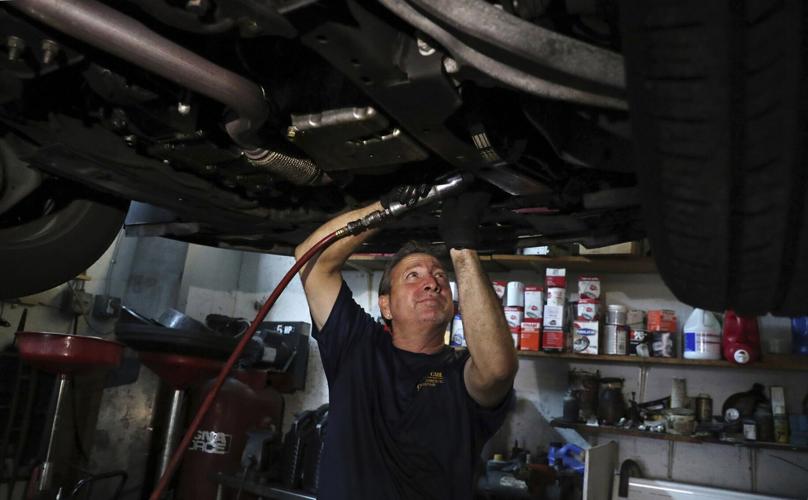