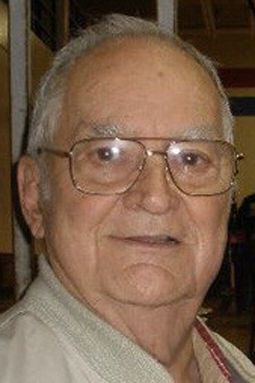 Wayne Henry Hahn, age 88, of Lincoln, entered his eternal rest on December 25, 2019.He was born in Buhl, Idaho to Reinhold and Elsa (Platt) Hahn on April 8, 1931, the second of two sons. In 1932, his family moved to Nebraska. During most of his childhood, he lived on a farm two miles West of the county seat town of Madison, Nebraska.

He attended elementary school from first through sixth grade at a country school near Madison, and from seventh through twelfth grades in the Madison City Schools, graduating from Madison High School in 1950. From that time until March, 1952, he farmed for his uncle and father and did custom work with their machinery. On March 18, 1952, he was inducted into the Army and received his basic training at the Transportation Center, Fort Eustis, Virginia. He was honorably discharged February, 1954.

After graduation, he was employed by the Nebraska Department of Insurance as an Insurance Examiner for 31 years. He retired in 1989. After retiring from this position, he then entered employment for the Idaho Department of Insurance as Chief Examiner. After leaving that position, he finished his career as a contract examiner working for the state of Delaware. His employment career working as an Insurance Examiner spanned 45 years.

In 1956 he married Sharon Bartak and resided in Lincoln where they raised five children; Douglas, David, Kelli, Christopher and Jaimi. The love and support he provided to his children was unconditional. Grandchildren were a highlight in his life, he enjoyed following them through their sporting activities. He loved to spend time with his children and grandchildren, he was always available to help. When problems arose, he always seemed to know what to do.

He was proud of the work he did as an insurance examiner and the fact that he was able to ensure that people were treated fairly. He was an industrious, smart and courageous man that never gave up on those he loved. He died fighting to recover his health after entering the hospital.

His family is comforted knowing that he had a saving faith in Jesus Christ his Lord and Savior.

He was preceded in death by his parents and granddaughter, Alexis Calfee.

To plant a tree in memory of Wayne Hahn as a living tribute, please visit Tribute Store.