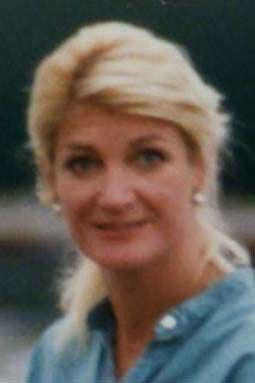 Sally Kathleen Svoboda, 66, passed away on June 22, 2020, in Jacksonville, FL. Sally was the second child of her parents, Kathleen Schreiber Svoboda and Bill B. Svoboda. Her twin brother, Scott, soon followed at their birth in Hebron, NE, on April 13, 1954. Sally was a lively child, ever kind to animals, especially horses and dogs. She and her sisters rode their horses and ponies as fast as the wind in their Grandpa Svoboda's pasture. She was beautiful, smart and funny. A devoted Christian, she was baptized and confirmed at Hebron Methodist Church. Throughout her life she had a kind Christian heart, distributing water and food money to the homeless and serving with her friend, Dan Freeman, as night monitors for the homeless at St. Paul's by-the-Sea Episcopal Church.

Sally graduated from Hebron High School where she was president of the student council which initiated the first Earth Day in the community. Having won a four-year scholarship to the University of Nebraska, she instead studied in Fulton, MO, at William Woods University and later graduated from Emory University in Atlanta, GA. Returning to Nebraska, she spent her first year of law school at UNL but graduated from law school at the University of Arkansas in Fayetteville, AR, where she practiced law for a time before becoming an FBI special agent. She served in the Little Rock, Indianapolis and New York City offices.

She married a fellow FBI agent, Dennis Godfrey, and they became proud parents of Patrick and Kathleen during those years in the New York area. Sally still had one more profession ahead when she joined the U.S. Navy and served in the prestigious JAG Corps. She was stationed in Bahrain during the Iraq War, and eventually retired from the Navy as a Lt. Commander. She then made her home in Atlantic Beach, FL, to be close to her children.

Memorial services will be held at a later date. Memorials to the American Society for the Prevention of Cruelty to Animals (ASPCA). Condolences: www.bmlfh.com.