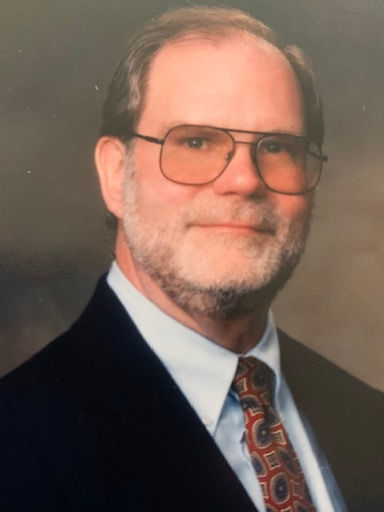 Larry Daniel Worth, born March 25, 1945 to Daniel and Blanche Worth in Sioux City, IA passed away on April 6, 2020 in Lincoln, NE. Larry graduated from Iowa State University with a Bachelor's degree in Landscape Architecture prior to serving in the U.S. Army in the Vietnam War for a tour of duty. He was awarded the Bronze Star and was a member of the Big Red 1 based out of Manhattan, KS. Larry began his professional career for the City of Lincoln, NE in the Planning Department in 1973 and enjoyed a 40 year career with the City. He held various positions in the Planning Department, Transportation Department and ended his 40 year career as the Director of StarTran managing the city's bus system.

Larry also contributed his time and efforts to support the Lincoln Track Club, South Lincoln Track Club Children's Organization, Active Member of the American Legion, Eastridge Presbyterian Church and First Plymouth Congregational Church. He was awarded a Key to the City by Mayor Coleen Seng and appointed Admiral of the Nebraska Navy by Lt Governor Kim Roebak for his service to the City of Lincoln and State of Nebraska. Larry enjoyed fishing in Okoboji, IA, attending Nebraska football games, riding his bike on RAGBRAI across Iowa, and volunteering in the community.

He is survived by his wife Mary A. Johnson, his children Rachael (Worth) Cooley, husband Andy Cooley and grandchildren Jackson and Harper Cooley of Grand Rapids, MI and Wally Worth, Jennifer Worth and grandchild Henry Worth of Kansas City, MO.

Larry was a lifetime organ donor who will rest in peace in Okoboji, IA. A Celebration of Life event will be held at a future date to be determined when hugs are once again permitted. Larry was a long time supporter of The Friendship Home in Lincoln. In lieu of gifts or flowers, memorial donations in Larry's honor to the Friendship Home (P.O. Box 85358, Lincoln, NE 68501) would be appreciated.

To plant a tree in memory of Larry Worth as a living tribute, please visit Tribute Store.