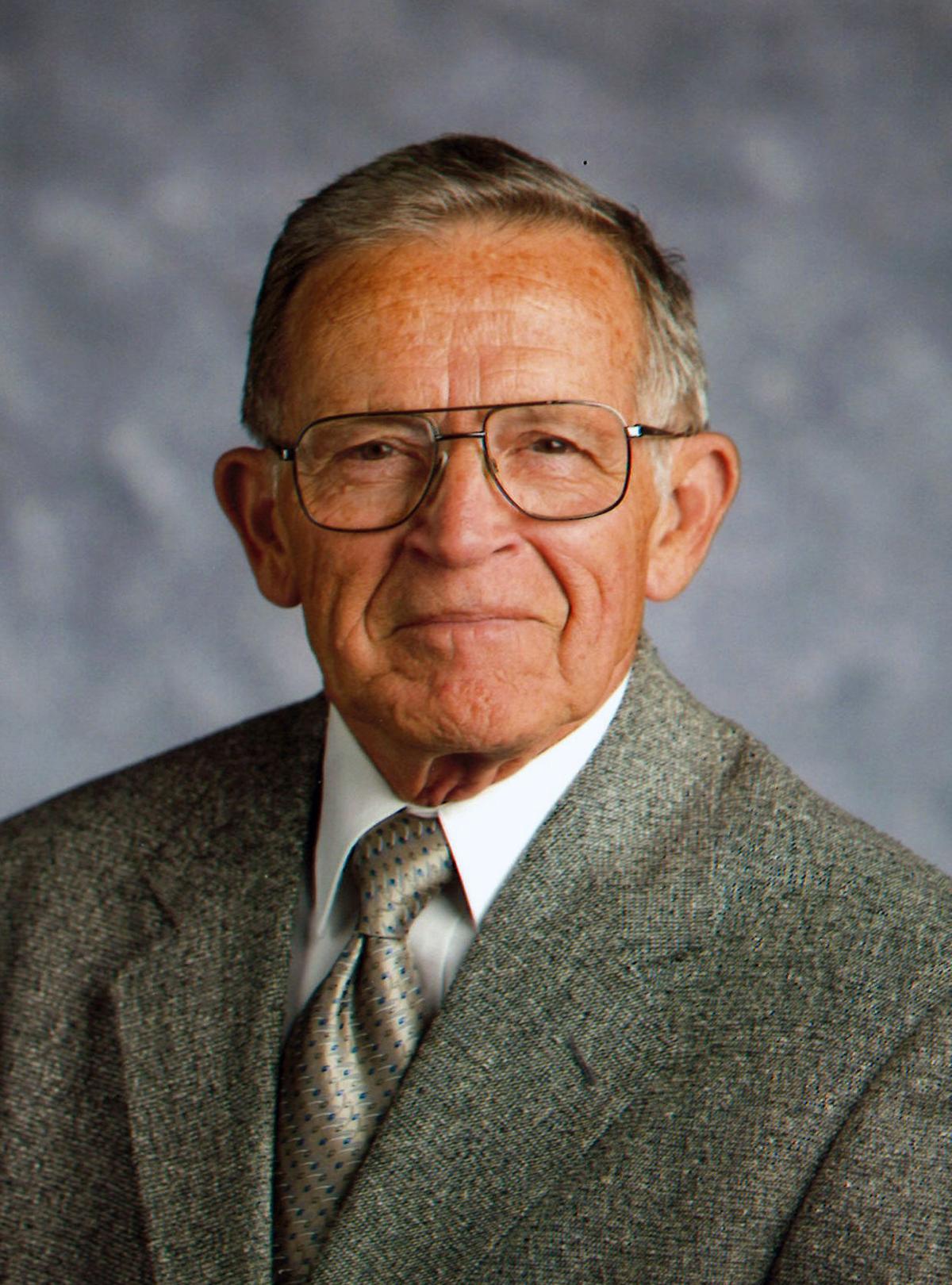 John E. Wilson was born on June 25, 1928 in Council Bluffs, Iowa, and died at home in Lincoln, surrounded by his family on November 16. His family appreciates the support of St. Croix Hospice, whose terrific staff anticipated every need of John and his family.

At age 12 he moved to Carlisle, Pennsylvania. His father was in the military and the family moved to Lincoln, where John attended Irving Junior High and then Lincoln High School. He graduated in 1946 and went on to the University until he was called into the military, where he acted as a Second Lieutenant. He married Joan Forbes in 1951 and was stationed in Fort Sill, Oklahoma. He was then sent to Korea and was a Communication Officer and Forward Observer, where he saw action on the front.

He returned to the U.S. and was discharged from the service. He and Joan returned to Lincoln, where he finished law school in 1954. After that he went to the First Trust Company and was in the investment department until he went to the National Bank of Commerce as an Assistant Trust Officer. The family moved to Cedar Rapids, Iowa for a short time but soon returned to Lincoln, where John served as a Vice President and Trust Officer at the National Bank of Commerce.

After retirement, he became quite interested in tennis and was Tennis Pro at Hillcrest Country Club. Later John was instrumental in the development of the Woods Park Tennis Facility. He directed nearly all the tennis tournaments in Lincoln and was a certified United States Tennis Association (USTA) ratings verifier and tennis official. He was selected as a member of the Tennis Hall of Fame of Nebraska in 2001.

He served on the board of several organizations, including The American Cancer Society, the Red Cross and the Lincoln Tennis Association. John was an Elder at Westminster Presbyterian Church, a longtime volunteer at Bryan Hospital, and was Chapter Advisor of Sigma Nu Fraternity for many years.

He is preceded in death by his four-month-old infant son James and is survived by his wife, Joan; children Jane, Jack and Julia; five grandchildren and six great grandchildren.

He will be cremated and requested that there not be a funeral and that all his family will meet at a later date. John wished all his friends the best of everything. Memorials can be sent to Lincoln Lighthouse, Woods Tennis Association, or a charity of choice. Condolences online at Roperandsons.com