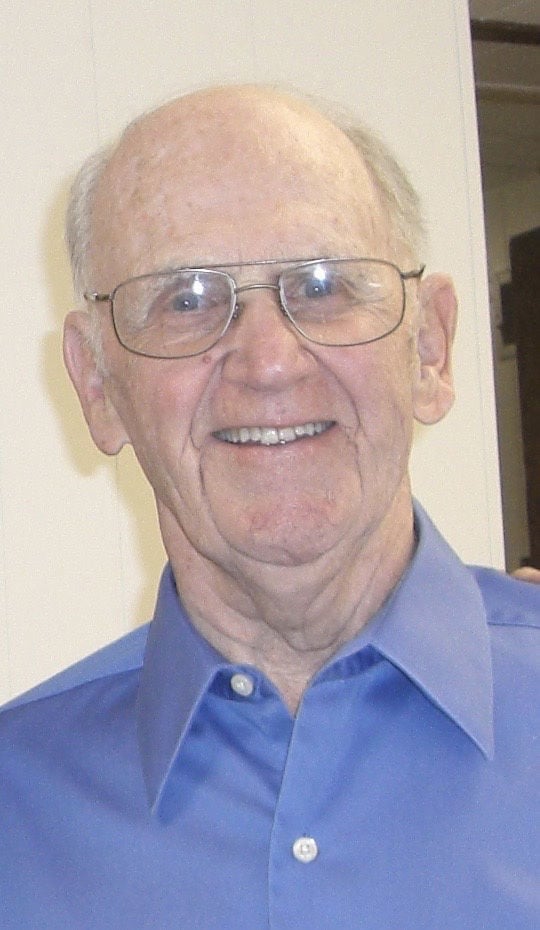 Gerald D. "Jerry" Stitt, 87, of Lincoln, (formerly Tecumseh) died Nov. 8, 2019. Jerry attended the University of Nebraska-Lincoln, joined the Air Force and was stationed in Albuquerque, NM. He worked for the State of Nebraska Engineering Department before purchasing the First National Bank of Summerfield, KS. He was president of the bank and served on the board of directors in addition to owning and operating the Stitt Insurance Agency.

Jerry was active in the Lions Club, was a volunteer firefighter in Summerfield, and clerked many city and farm sales. He was treasurer for the Summerfield school district for many years, was a member and past president of the Marshall Co. Bankers Association, a member of the Masonic Lodge, having served as a past master of the lodge, and donated more than 13 gallons of blood in his lifetime.

In 1977 Jerry and his family moved to Tecumseh, and he spent his time assembling model cars, driving his personally restored '56 Thunderbird, checking on his farms in southeastern Nebraska, attending sporting events and tending his garden. In 2015 Marge and Jerry moved to the Grand Lodge in Lincoln, NE.

He was born in Pawnee City, NE and was preceded in death by his mother, Eva Caron, and his grandparents, Melvin and Mabel Stitt, of Pawnee City. He is survived by his wife, Marjorie; daughter, Jane Stuart, and husband, Scott, of Lincoln, NE; son, Robert Stitt, and wife, Joan, and grandsons, Joe and Sam Stitt of New Braunfels, TX , and many cousins, nieces and nephews.

To plant a tree in memory of Gerald Stitt as a living tribute, please visit Tribute Store.