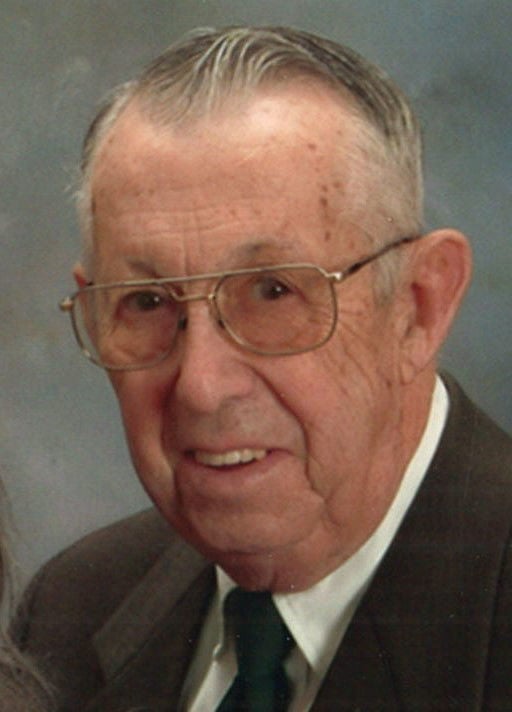 David Allen Berry, 94, recently of Mayfield, Kentucky, formerly of Lincoln, Nebraska, died November 22, 2019 at the Ray and Kay Eckstein Hospice Care Center at Mercy Health in Paducah, Kentucky. Dave married the love of his life, and spent the rest of his life devoted to her, and to their children, and found his greatest joys in his family. Dave served in the US Army Air Forces during WWII, and then attended Kansas State University.

He co-owned and operated a dairy operation for 16 years with his father; owned and operated a motel in Stockton, Kansas; worked as an electrician assistant; served as Inspector for the State of Nebraska; worked as applicator and handyman for Hayman Fertilizer; and as Maintenance Manager and Purchasing Agent for Lincoln Plating Company, retiring in 1999 at age 75. He enjoyed working with his hands, including woodworking, landscaping, and gardening.

He is survived by his wife of 57 years, Faye Erskine Berry of Mayfield, KY, recently of Lincoln, NE; son, Stacy Berry and wife, Sandy of Bardwell, KY; daughter, Reve Berry; daughter-in-law, Cathy Berry of Russell, KS; grandson, Michael Berry of Delton, FL; sister, Helen Shotwell of Canyon Lake, TX; and nephew, Neal Shotwell of Austin, TX. He was preceded in death by his parents, Ralph and Allie Berry, and by his eldest son, Neal Berry.

A memorial service will be held at a later date. Expressions of sympathy may take the form of contributions to CHI Hospice, 245 South 84th Street, Suite 300, Lincoln, NE 68510. You may leave a message of sympathy and light a candle of remembrance at www.milnerandorr.com