At his job, he sees patients who come in as a last resort, unable to afford the high price of insulin.

Insulin is a hormone that regulates glucose in the blood. For those with some forms of diabetes and unstable blood glucose, they need to inject or inhale insulin to keep blood sugar from going too high, which can result in serious complications.

The cost of insulin has increased in recent years, and the life-saving hormone has become unaffordable for some patients.

Bolz introduced a bill (LB949) this session that would require any individual or group sickness and accident insurance policy that provides reimbursement for prescription insulin to limit the amount that a covered person is required to pay to no more that $100 per 30-day supply, regardless of the amount or type needed.

Wayne's bill (LB970) would do essentially the same thing, and both had hearings before the Banking, Commerce and Insurance Committee on Tuesday.

Those testifying in support of the bill said people dependent on insulin deserve to live, to have good health, happiness and access to insulin, which are human rights.

Ben Feiten, an occupational therapy student at Creighton University, said he and two of his brothers have had Type I diabetes, two of them for 23 years and one for 30 years. Diabetes affects every aspect of their lives and daily decisions for school, work and recreation.

It's still a constant stressor, Feiten said, "one that I cannot take a vacation from."

But it's the cost of diabetes management that has caused the most life-altering changes, he said. It dictated the vocation he would choose in order to have the salary and insurance to pay the costs of treatment for a lifetime.

In 2012, the average per person spending each year for insulin was about $2,864, according to the Healthcare Cost Institute. By 2016, the spending was $5,705 per year, without a change in the insulin itself.

"I find that sickening, since the creators of insulin sold the patent for $1, believing it should be affordable and accessible for everyone," Feiten said.

This bill would give him peace of mind to know what to expect from future insurance plans. If it's not passed, young professionals would have to leave Nebraska for states like Colorado and Illinois, where insulin costs are more closely regulated and guaranteed, Feiten said.

Julie Hopp's husband of 40 years has diabetes and is insulin dependent. They fight annually to justify the brand of insulin that works for him, she said. In-network insulin with most insurance providers causes frequent insulin reactions and dangerously low blood sugar.

His doctor has to write a letter annually about his need for another brand of insulin that causes fewer hospitalizations, Hopp said.

Ashley Ryan Wolfe needs two kinds of insulin and multiple vials a month. She also easily spends more than $300 a month on supplies, she said.

"The numbers just didn't add up for me," she told the committee. "Rent, food, diabetes supplies, something had to give. I started eating less and skipping my long-acting insulin and only checking my blood sugar occasionally."

Wolfe avoided her doctor, because of the cost and because she didn't want to know the effect on her diabetes management.

With the help of a primary care doctor, a series of job changes and better health insurance, she was able to become self sufficient again, but it took a long time, she told the committee.

With the continuing rise in health care costs, he said, both premiums and cost-sharing amounts have also risen. So it's not unusual that advocates for consumers would seek government mandates to lower consumers' share of those costs.

"Unfortunately," Bell said, "this does not actually get to the root of the problem, which is the high cost of these pharmaceuticals. Instead, it merely shifts these costs to the insurance company, who must increase its premiums and cost-sharing limits to stay solvent."

Insurance companies are not making large profits off high-priced drugs, he said. Both stock companies and mutual health insurers are subject to limitations from the Affordable Care Act.

For every dollar of premium received, Bell said, at least 80 cents must be used to pay medical claims. The remaining 20 cents can be used to pay for marketing, salaries, administrative costs and overhead.

Any bill that caps a cost-sharing measure will not apply to federally regulated self-insured large group plans governed by the Employee Retirement Income and Security Act, he said, which include at least half of privately insured Nebraskans.

The bills will have a more limited impact than most realize, he said. And when that occurs, people in need of insulin may switch to state-regulated plans, which could lead to higher risks and costs within the state self-regulated pool, with accompanying higher premiums.

Colleen Nielson, lobbyist for the American Health Insurance Plans, blamed the problem on drug makers. The companies understand the rising costs of insulin has presented an affordability crisis that threatens health and well being of patients, she said.

But capping co-pays only masks the problem of drug makers seeking advantage of a broken market for their own financial gain at the expense of patients, she said.

"The lack of competition, transparency and accountability in the prescription drug market has created extended price-dictating monopolies with economic power that exists nowhere else in the U.S. economy," Neilson said.

The committee has not yet acted on the bill.

No pardon for Starkweather accomplice who sought to clear her name

"We want to make you aware that extra precautions are being taken at school regarding classroom education and cleaning practices," the school said.

Gaining an extra hour of light in the evening could improve health outcomes and business productivity and be a boon to the state’s economy, a …

At least two men brought assault-type rifles in the Capitol open-carry style, one appearing before the committee.

LB832 would create civil and criminal immunity for property damage caused by a person removing a child from a locked vehicle. 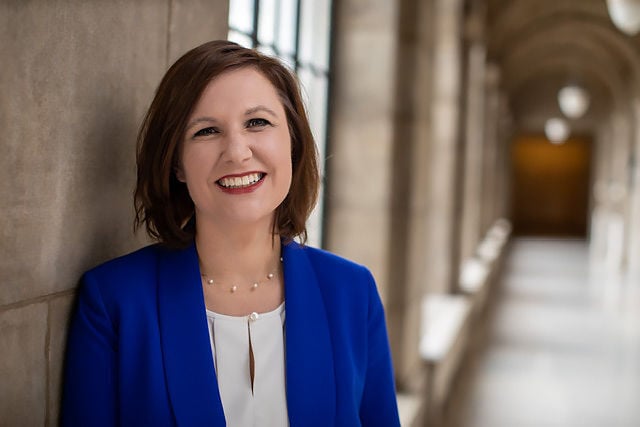 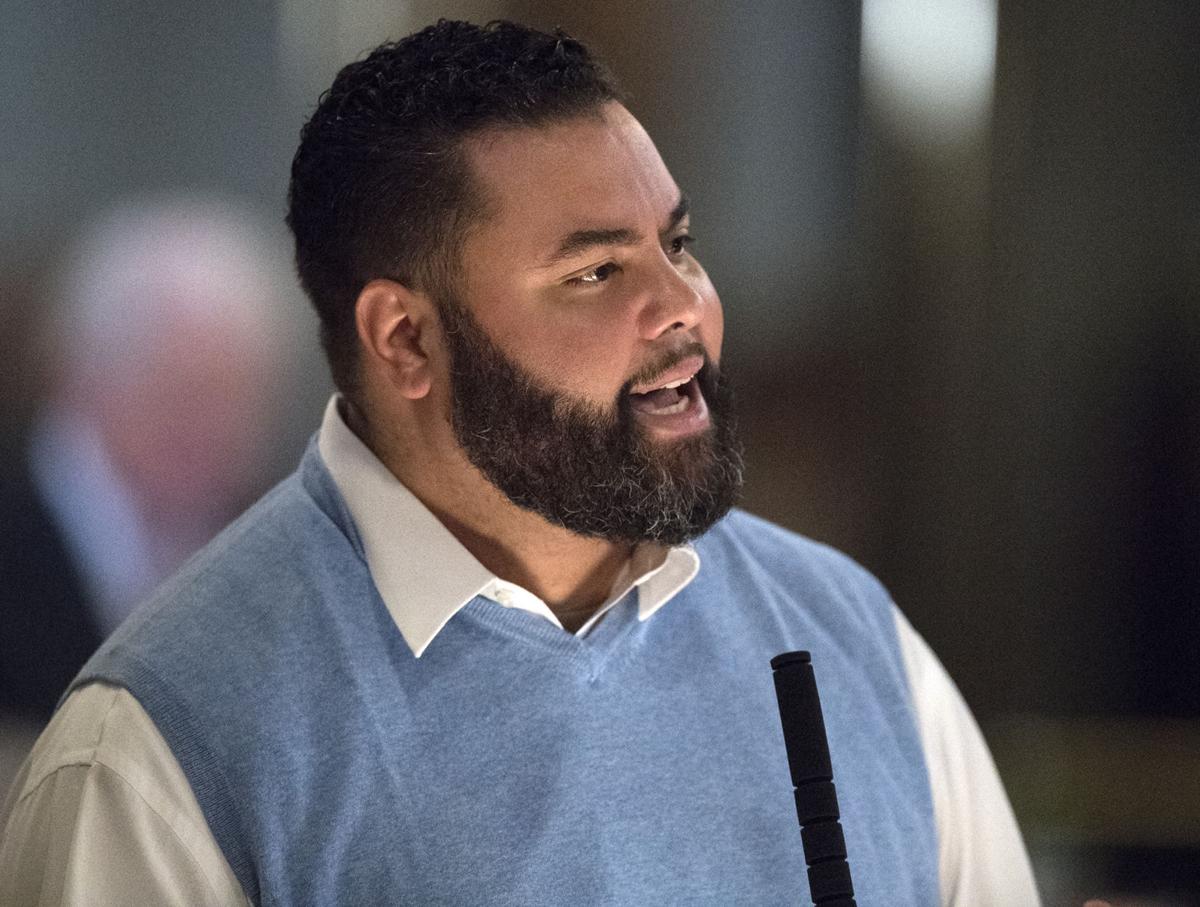 Sen. Justin Wayne speaks on the floor of the Legislature during the 2019 session.