It’s the return of the senators on Jan. 3, for 60 days — the second, shorter session of the 105th Nebraska Legislature.

The first day’s agenda will feature the election and oath of office of a new chief sergeant-at-arms, Jim Doggert. He replaces Ron Witkowski, who retired at the end of the 2017 session after 21 years with the Legislature. The sergeants-at-arms help maintain order and decorum in the legislative chamber, the lobby and at hearings.

Senators will then accept the resignation of former Omaha Sen. Joni Craighead and appointment of her replacement, Theresa Thibodeau. And they will elect a new chairperson for the Committee on Committees, which makes appointments to the standing and select committees.

On this page we've gathered some information and made some predictions about the upcoming legislative session, but in the words of Luke Skywalker in "The Last Jedi," it is always possible "This is not going to go the way you think.”

Will the Force be with the governor?

Gov. Pete Ricketts will be dealing with his fourth legislative session in 2018, interacting with a legislative body that he has helped shape.

Two current members were appointed by the governor, and Ricketts played a role in ousting three incumbent senators in 2016 and replacing them with more dependably conservative lawmakers.

Ricketts has signaled he will focus once again on efforts to "modify and reduce our budget" after, in concert with the Legislature, already slashing the annual growth in state spending from 6.5 percent just before he took office to 0.6 percent in the current budget year.

'Never tell me the odds'

This session by the numbers:

10 – Days senators have to introduce bills at the beginning of the session.

25 – Majority vote to adopt amendments or move a bill from first-round debate to the next stage of consideration.

173 – Bills became or will become law from the 2017 legislative session.

A new hope for tax cuts?

Proposed tax cuts, coupled with reform or reconstruction of the state's tax system, will be a headline issue in the 2018 legislative session.

A tax package (LB461) constructed by Gov. Pete Ricketts and Sen. Jim Smith of Papillion, chairman of the Legislature's Revenue Committee, is waiting on the floor of the Legislature where it was trapped by a filibuster last May.

While that measure, which combines personal and corporate income tax cuts with reduced valuation of ag land for property tax purposes, is expected to be revised by its proponents, pressure will be applied by a band of predominantly rural senators to focus on property tax reduction.

Meanwhile, the prospect of a ballot initiative that would place the property tax reduction decision in the hands of voters next November hangs over the legislative session.

Workforce development could be an emerging issue in the 2018 Legislature.

With the Nebraska Chamber of Commerce and Industry targeting that challenge as "the dominant issue" for businesses and industry in Nebraska, and both Gov. Pete Ricketts and the Legislature focused on economic development, that might surface as a new priority.

Development of a trained and adequate workforce is a fundamental component of economic development, the Chamber has argued in forums attended by senators throughout the state this year.

The 2017 Legislature took a step in that direction by approving a measure to spur development of workforce housing in rural Nebraska.

Gov. Pete Ricketts and the Legislature will have a task in coming months: finding how to make up for an approximate $173 million shortfall in available funds for the 2017-19 fiscal years’ budget.

It would be a bit higher, but the Legislature in the 2017 session allowed for a temporary lowering of the required minimum reserve for the budget from 3 percent to 2.5 percent.

The two-year spending for the state, approved at the end of the 2017 legislative session, totals $8.9 billion.

Over the past year, Ricketts has issued directives to state agencies, boards and commissions he oversees to restrain their budgets.

It’s unknown at this time how the federal tax reform package will affect state budgets, said Mike Calvert, the Legislature’s chief fiscal analyst, but the state might know more when the Nebraska Economic Forecasting Board meets again in late February.

For the past several years, the Legislature has dealt with prison crowding and the 2018 session will be no exception. Nebraska prisons continue to be among the most crowded in the country and have a sizable workforce problem.

One bill (LB447) that could deal with crowding, introduced by Omaha Sen. Ernie Chambers, was amended by Sen. Lou Ann Linehan and would eliminate mandatory minimum sentences for certain drug offenses. The bill is lined up for a second round of debate but has several amendments pending.

More bills that pertain to the Department of Correctional Services will be introduced in the first 10 days of the session.

The Legislature’s most recent version of a special prison oversight committee has recommended the state begin to plan for the possibility of a prison crowding emergency that could trigger the parole of a large number of inmates. And the ACLU of Nebraska has filed a class-action lawsuit on behalf of inmates asking the Department of Corrections and the Nebraska Board of Parole immediately address crowding, the lack of adequate medical, dental and mental health care, as well as provide accommodations for prisoners with disabilities.

The University of Nebraska will watch how the mid-year budget talks at the Capitol this session as sales tax receipts continue to fall short of projections.

NU has said more cuts to its state appropriation would mean further slashing its workforce of 16,000 people -- classroom instructors, researchers in areas like health and agriculture, and extension agents around the state among them.

Lawmakers will be forced to wrestle with how deep they want to cut the university’s funding and which, if any, programs they feel like students and citizens of the state can do without.

Two current members of the Legislature will face voters for the first time this coming November.

Sen. Theresa Thibodeau of Omaha was appointed by Gov. Pete Ricketts in October to succeed Sen. Joni Craighead after she suddenly decided not to seek re-election and resigned.

Sen. Robert Clements of Elmwood was appointed by Ricketts in February to succeed Sen. Bill Kintner when he resigned under fire for use of a state laptop to engage in cybersex with a woman online.

The only senator other than Craighead who has announced he will not seek re-election to a second term is Sen. Roy Baker of Lincoln.

Fifteen incumbent senators are expected to seek re-election to a second four-year term.

Nebraska Educational Telecommunications (NET) provides live and on demand coverage of legislative floor activity and public committee hearings at the Capitol. They can be viewed as a video stream from NET's website, netnebraska.org.

The Journal Star legislative team will keep readers updated online at JournalStar.com and on Twitter.

Ricketts: $1B property tax plan could take 'every penny' from NU or force 'massive tax increases'

While promising to push for "more of the same" in terms of economic growth initiatives, state budget reductions and tax relief during the 2018…

Don Walton: Let's buckle up for the year ahead

State senators will convene in Lincoln on Wednesday to launch what appears destined to be a politically charged legislative session. 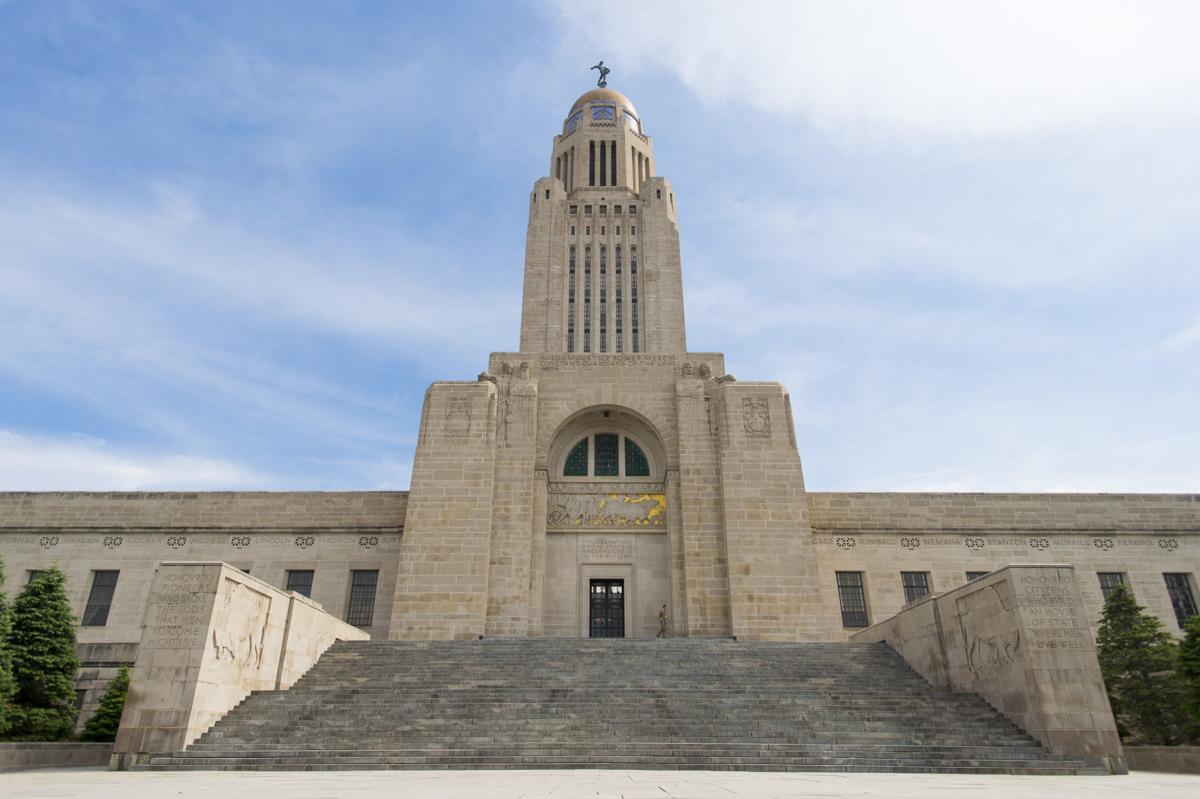 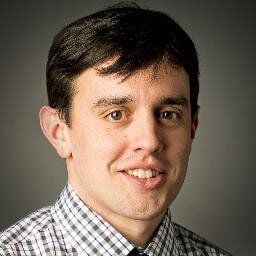 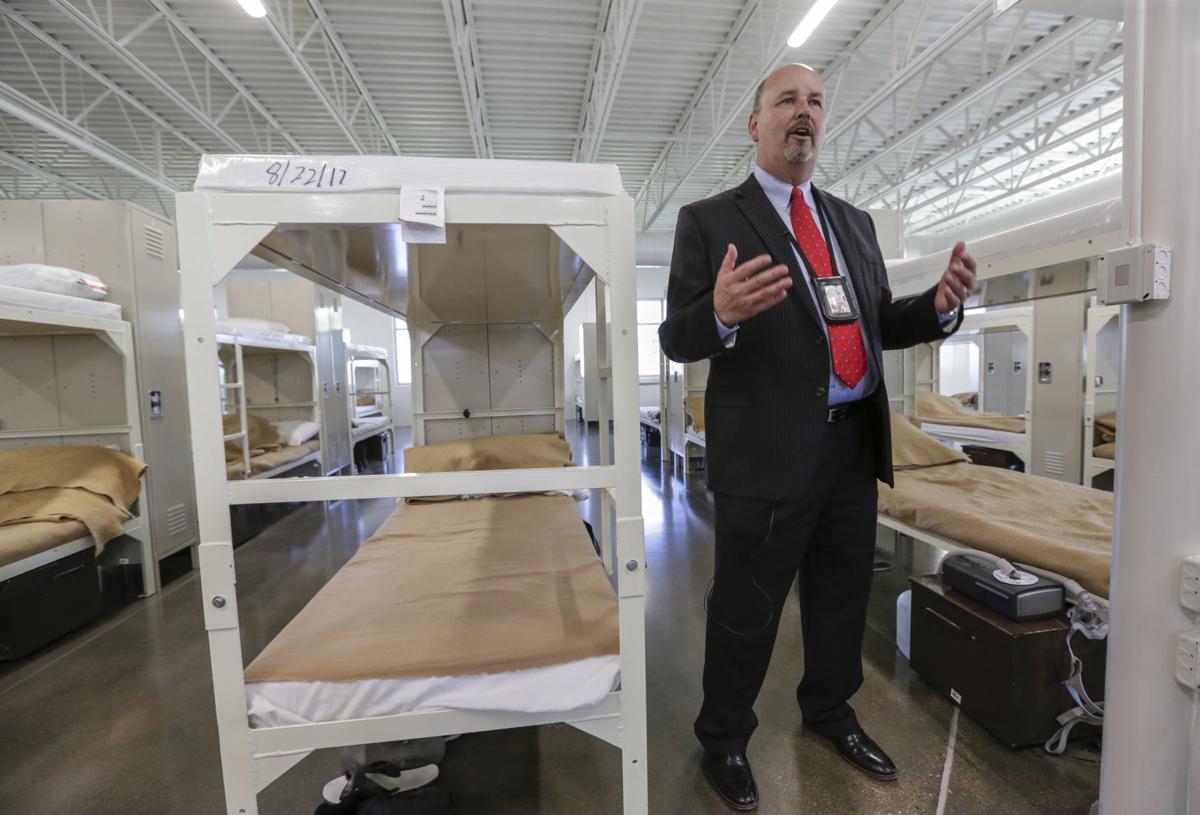 Nebraska Corrections Director Scott Frakes speaks to journalists during a tour of a new facility at the Community Corrections Center-Lincoln in 2017. 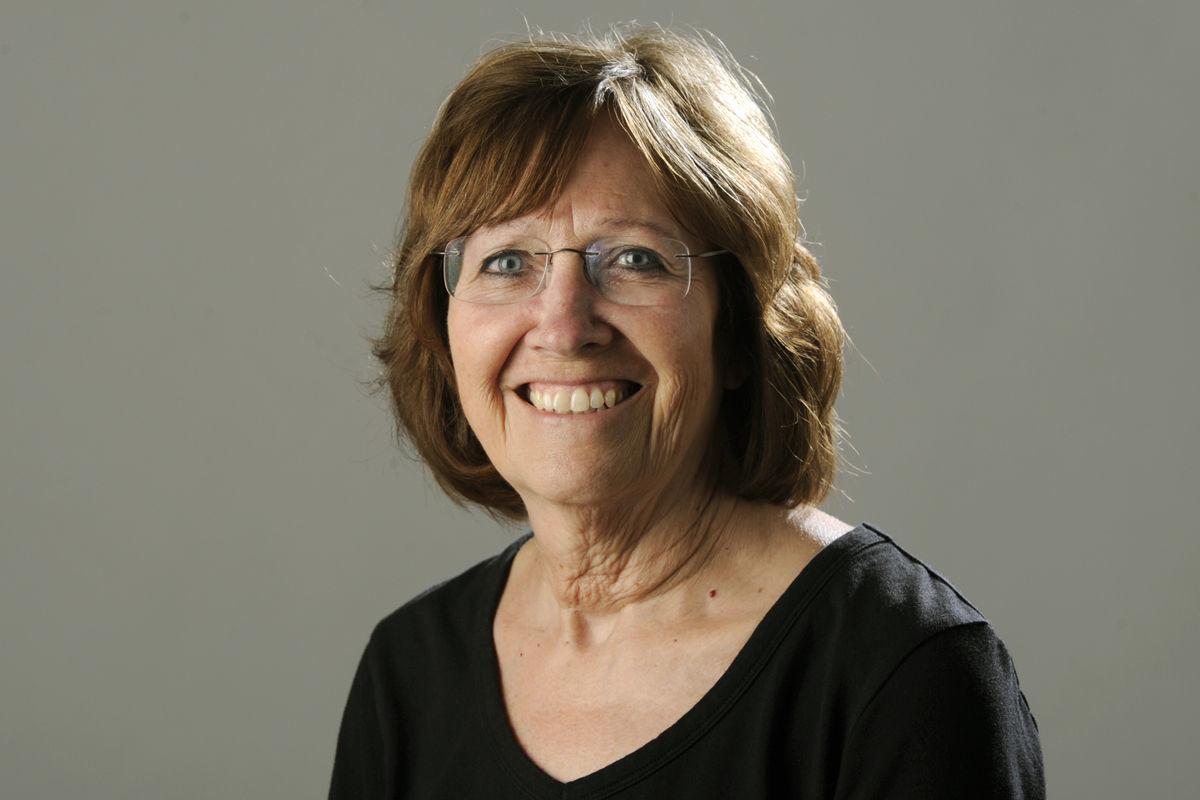 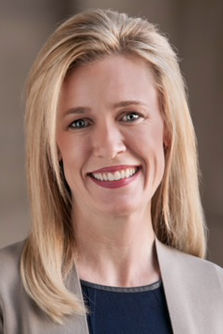 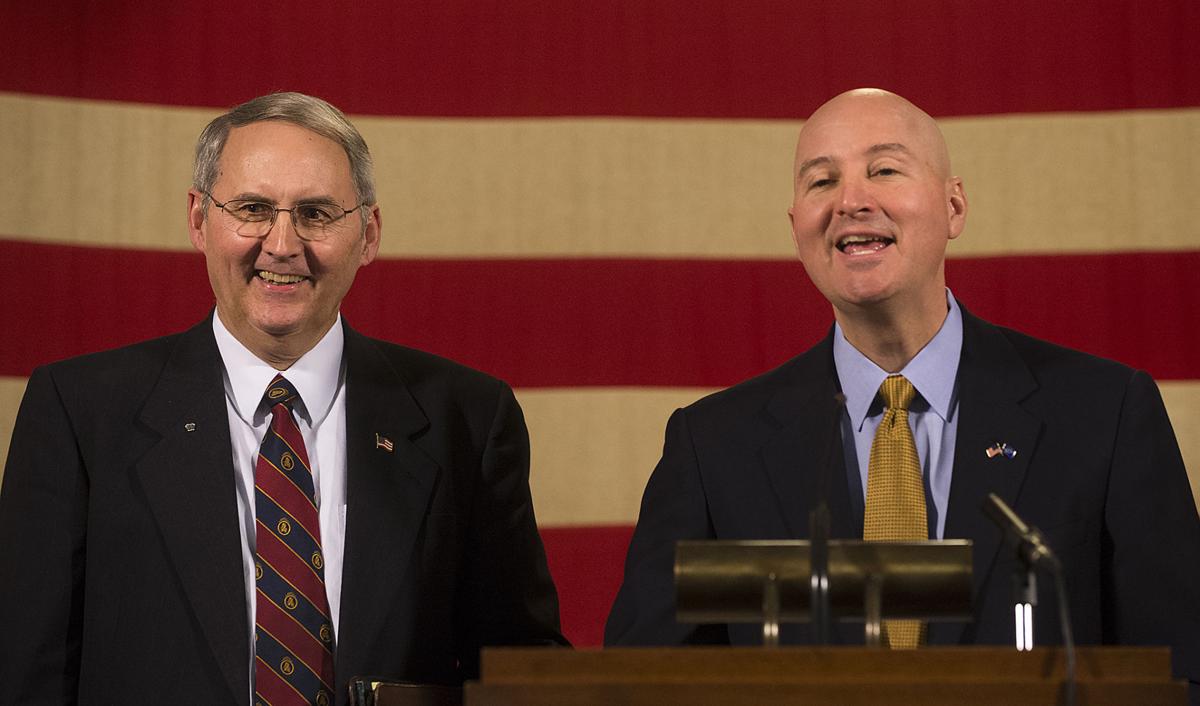 Robert Clements (left), newly appointed senator for District 2, is introduced by Gov. Pete Ricketts on Monday at the Capitol. 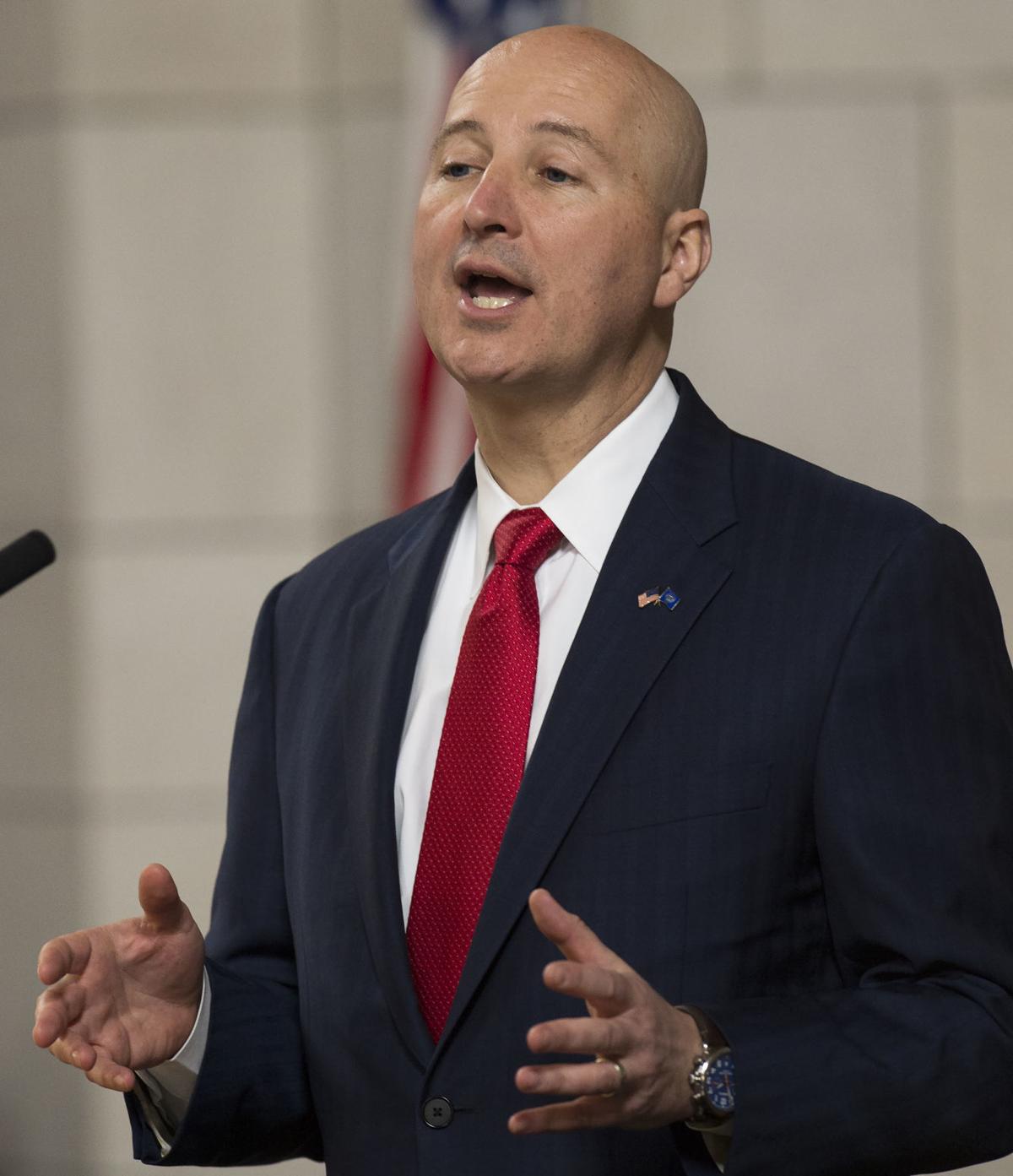