World Series: Follow updates as Dodgers and Rays face off in Game 5

Disclosure of a recorded telephone conversation in which GOP State Chairman Dan Welch appeared to apologize to another Republican for the tenor of the party's mailing attacking Slama's opponent, Janet Palmtag, also revealed remarks describing a decision by Gov. Pete Ricketts "to go after Janet hard."

But, in a Tuesday telephone interview, Welch disputed allegations that the mailing was racist, defended the accuracy of the campaign attacks and emphasized that "this governor has not asked me ever to do anything I would deem questionable or improper."

Welch said he "recognizes the need for hard-hitting, accurate campaign material to educate voters" and said the Nebraska Republican Party and the governor enjoy "a great, collaborative relationship."

The negative mailing by the party was engineered by Jessica Flanagain, the governor's 2018 campaign manager, former Republican Gov. Dave Heineman has previously said.

The mailing has been attacked as racist in tone by both Heineman and former Democratic Gov. Bob Kerrey.

Ryan Hamilton, executive director of the Nebraska Republican Party, said Tuesday that he in fact was responsible for the content of the mailing after consulting with Flanagain.

The internal GOP legislative family scuffle — both Slama and Palmtag are Republicans —  has gained the spotlight in this year's legislative races.

In addition to Heineman, Republican Rep. Jeff Fortenberry endorsed Palmtag when she entered the race.

Slama, who was appointed to the Legislature by Ricketts in 2019, ran far ahead of Palmtag in the May primary election.

The phone call recording was released to the media by Palmtag's campaign.

Welch said in the recorded phone conversation that the party mailing attacking Palmtag "was not in good taste (and) it crossed the line."

The mailing included a photo of Sen. Ernie Chambers of Omaha positioned next to a photo of Palmtag and argued that Palmtag would stand with radical and liberal elements in the Legislature if she is elected.

Chambers, who is Black, is the highest-profile state senator and often critical of Ricketts.

In the recording of his phone conversation, Welch says: "Our internal process has now been corrected; (and) it's not going to happen again."

When he was chosen as state chairman, he says, he told the governor he would "never do dirty work (because) I'm not a hit man."

In Tuesday's subsequent interview, Welch emphasized that he does not believe this campaign material crossed that line.

While he rejects criticism that it was racist, he expressed concern about a reference to atheists "because that could mislead people to believe Janet might be an atheist and that would be unfair."

Palmtag has been described to him as "a good person, a good volunteer, a good Republican," he said during the phone conversation.

Don Walton: In the turmoil, perhaps a moment for George Norris

"Not only does she strongly support the Affordable Health Care Act, but she is an advocate of Medicaid expansion," the former senator wrote Fortenberry.

Ricketts keeps coronavirus options open as he eyes other outbreaks

The governor made it clear that he is depending on Nebraskans to make wise individual decisions that will help the state continue to hold the lid on the spread of the virus.

Don Walton: Having marijuana, gambling on ballot should boost turnout

A November ballot that already should lure voters determined either to re-elect President Trump or end his presidency has some shiny new objects attached: Casino gambling and medical marijuana.

Nebraska may lose $250 million unless it decouples from CARES Act

Unless Nebraska decouples from tax changes contained in federal coronavirus aid legislation, the state could lose $250 million in revenue during the next three years, an analysis showed.

A small group of soldiers and airmen continue to be activated to provide training and knowledge to hospitals for the Test Nebraska campaign.

"Ten percent of Nebraskans have been tested," the governor said. "That's a good number. That's progress."

Omaha Sen. Ernie Chambers is not really one to mark birthdays to begin with, but he was particularly steamed Friday when he received a card, v…

Palmtag moves to set the record straight in District 1 election

Janet Palmtag said since a letter went out from Gov. Dave Heineman and former U.S. Sen. and Gov. Bob Kerrey supporting her, her fundraising has gone up.

In a unanimous vote Tuesday, the Public Service Commission approved a cease and desist order against the state GOP for robocalls it placed in the contentious race between Sen. Julie Slama and challenger Janet Palmtag. 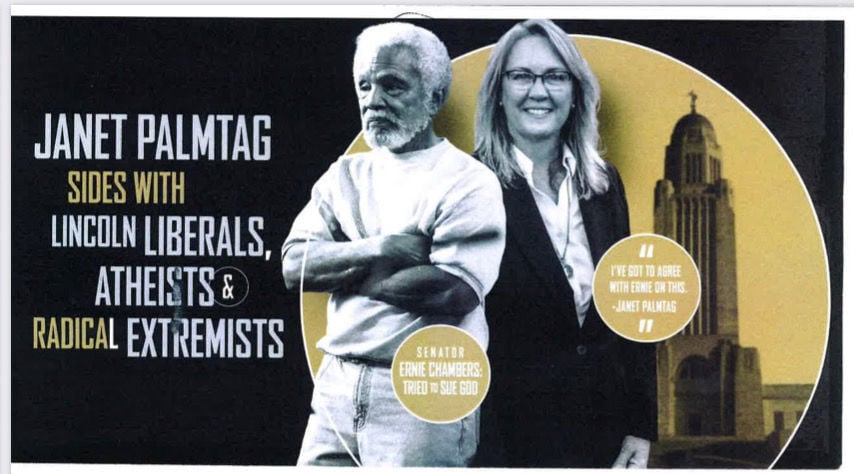 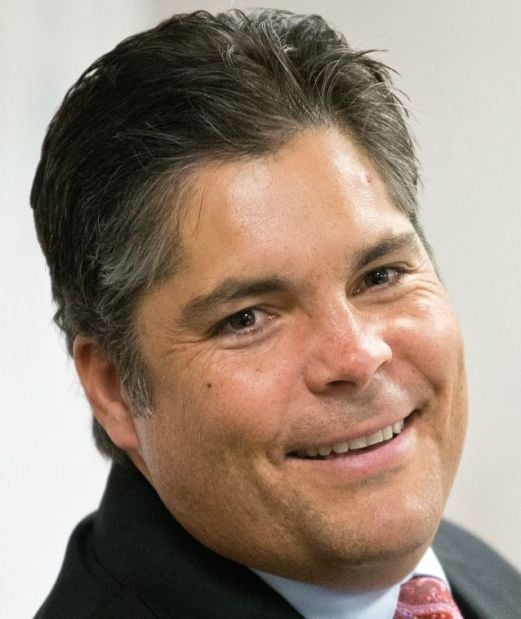