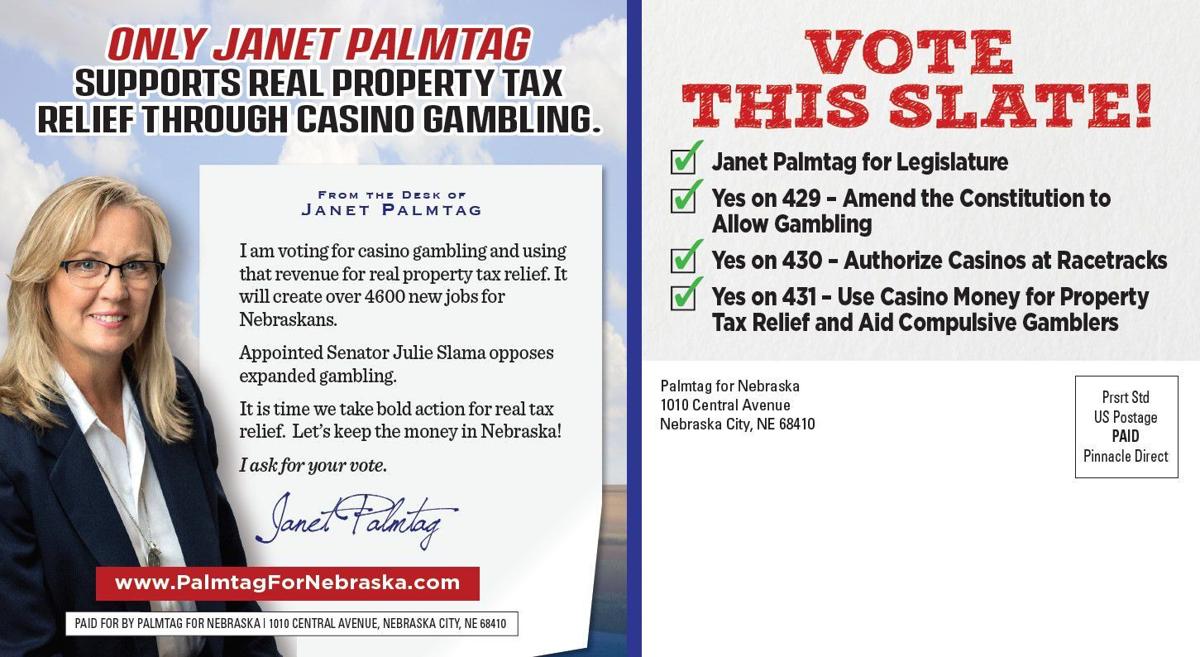 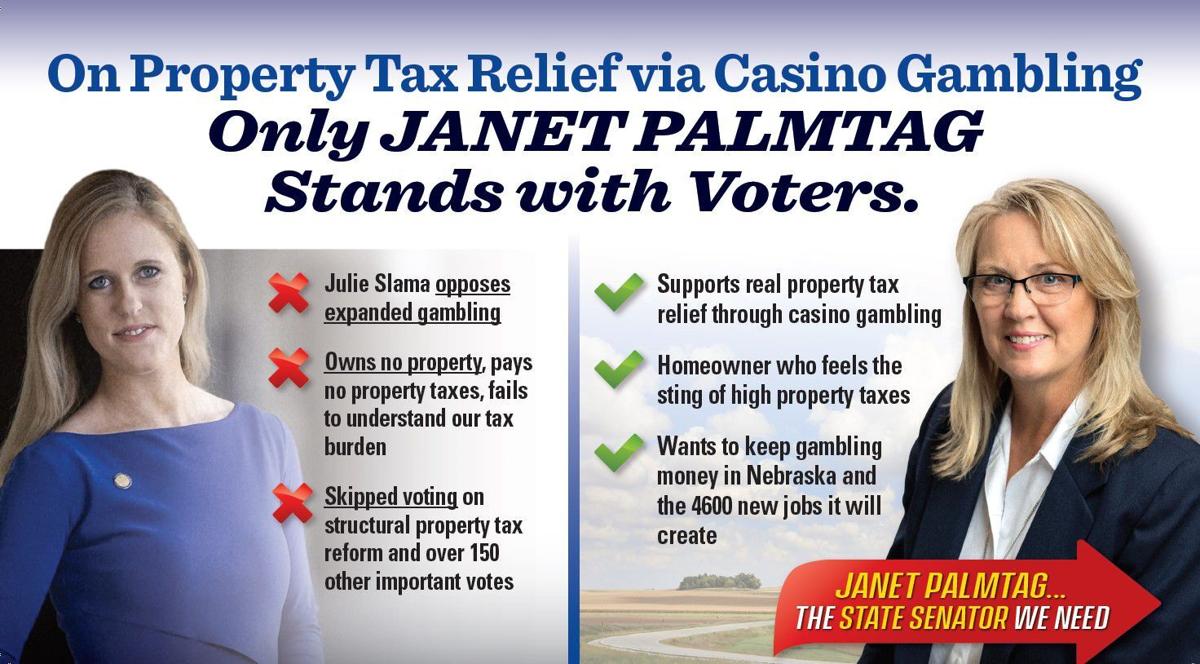 Janet Palmtag of Syracuse, who is embroiled in a high-profile legislative contest with Sen. Julie Slama of Peru that has divided Republican leaders, said Saturday she supports approval of casino gambling in Nebraska because it will fund property tax relief.

A three-pronged gambling initiative that would allocate 70% of state revenue raised by authorized casino gambling at Nebraska horse racetracks to property tax relief will be on the November general election ballot.

"We cannot achieve real property tax relief by kicking the can down the road," Palmtag said. "That's why I'm taking a bold stand," she said, stepping out front as the first Republican candidate to support the initiative.

"It is time we take bold action for real tax relief. Let's keep the money in Nebraska!"

"Listening to thousands of voters across our five-county region, I have come to believe that adding this new revenue stream is our only viable option for achieving real property tax relief," she said.

New tracks presumably could spring up if the initiative is enacted by Nebraska voters in November.

"To be clear, I personally am not a gambler," Palmtag said, "but for some it is entertainment.

"I realize that some with addictive personalities can be lured into making bad choices and we must take precautions to assist them.

"But, in my final analysis, this is our best option for real property tax relief."

Slama, who was appointed to southeastern Nebraska's District 1 seat in the nonpartisan Legislature by Gov. Pete Ricketts in 2019, held a commanding lead over Palmtag in results from last May's primary election.

"I'm the candidate who has your back," the Democratic congressional nominee tells a Lincoln rally.

Joining hands to fight ALS and the ticking clock

Brian Wallach, a former staffer in the Obama White House, and Republican Rep. Jeff Fortenberry haven't always been on the same side, but they are allies now in a life-and-death struggle.

With coronavirus restrictions easing across state, Ricketts says it's time to return to a more normal life

While the governor said he disagrees with the need for Lancaster County to remain in Phase 3, he acknowledged that the county has a special "carve-out" that allows it to take independent action.

Budig was generous, thoughtful, kind, so very supportive of others, especially young people, and so pleased to see them succeed and grow, so quick to share what he had learned and earned.

Bitter contest for Southeastern Nebraska's District 1 seat in the Legislature sparks new exchange over words linked to a Palmtag supporter.

Ricketts, who said he watched all but the last 15 minutes of Tuesday night's presidential debate, said he thinks Trump won. 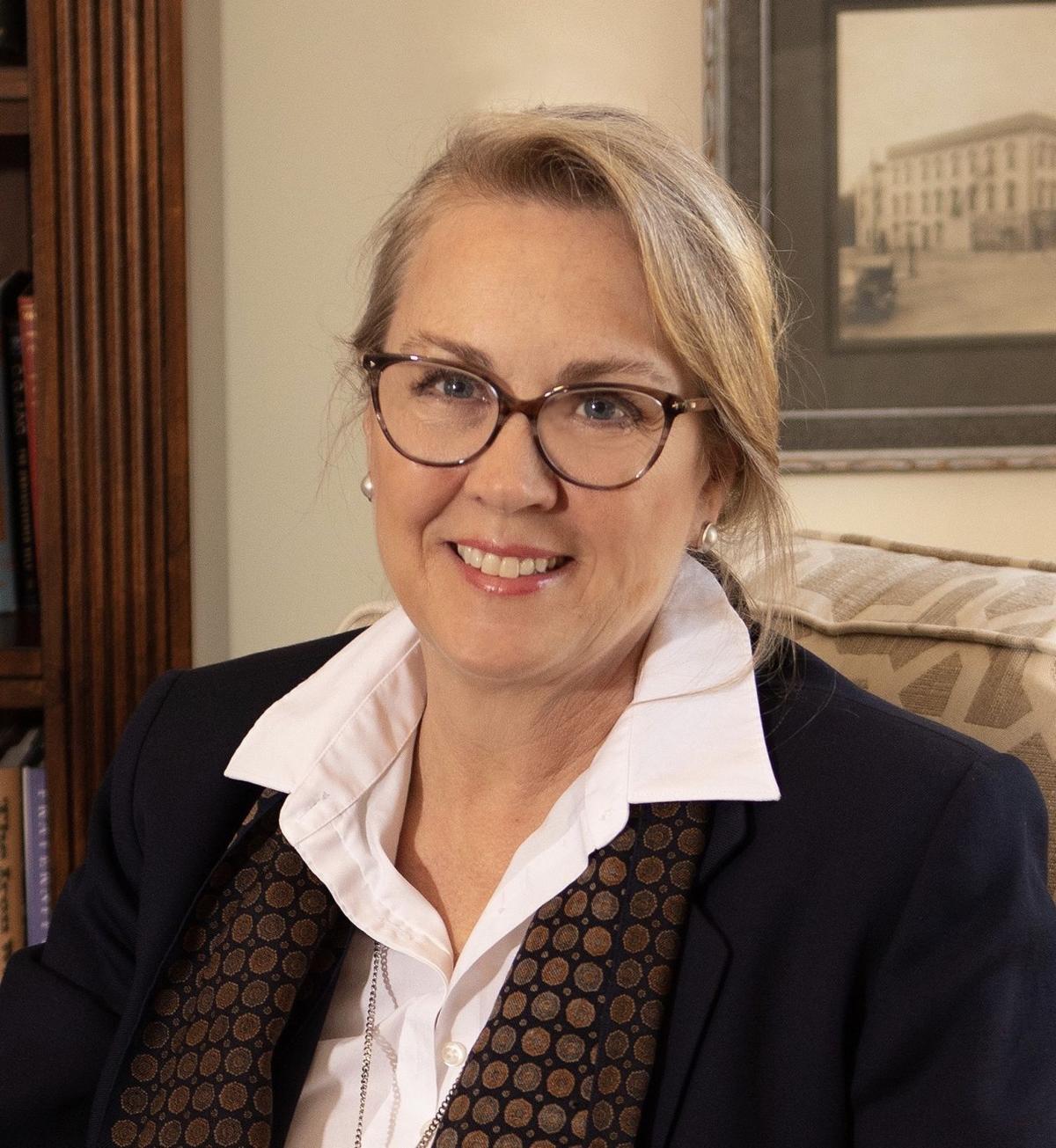