University of Nebraska-Lincoln English Professor Fran Kaye thought most people had a similar sense of the meaning of social justice.

In early November, state Sen. Tom Brewer posted a weekly update on his legislative website telling constituents he believed the root cause of a public incident in August at UNL was a "totalitarian philosophy called social justice."

A "hateful" philosophy, he said, that was firmly embedded in the UNL English Department culture.

Brewer said that while there were many definitions of the term social justice, its defining characteristic was tyranny.

He's had experience with how institutions and society sort people, and he's sensitive to how people are judged, he said.

He was upset by the incident in which Courtney Lawton, a graduate student and teaching assistant, and Amanda Gailey, an associate English professor, confronted sophomore Kaitlyn Mullen, who was recruiting for Turning Point USA, a conservative student organization. Lawton called Mullen a neo-fascist and a "Becky" (which by some definitions is a derogatory name for a white female) and raised her middle finger to her.

Gailey held a sign that read "Turning Point: Please put me on your watchlist."

Lawton and Gailey were singled out by Brewer and Sens. Steve Halloran and Steve Erdman — who called for Gailey's firing — with a public letter questioning both how the university treats conservative students and the core values of the English department.

Kaye saw Brewer's post about social justice and shot back in an email. She knew him from his work with Nebraska prison inmates, and believed those interactions were acts of social justice, at least by her definition.

"How can you betray all the good that you did ... by ranting that social justice is tyranny?" she asked him.

He is consistent in his support of prisoners, she said this week. What he does there, and what he did in helping close Whiteclay liquor stores, seemed to her exactly the brand of social justice the English department engages in.

Why was Brewer, who is Native American, attacking people he should have known were his allies, she asked. Professors and graduate students lead writing projects for kids at the Indian Center, the Malone Center, Matt Talbot Kitchen and Outreach. They support writing and reading programs at the prisons, and teach classes on Native American literature.

"That's what social justice means to the English department collectively," she said. "And that seems to me to be exactly what we should be doing."

More recently, Brewer backed down a bit from his original post. But he still believes the definition of social justice — to affirmatively work to improve the lives of everyone and seek to help lift up those who are less fortunate — is not the meaning the English department has endorsed.

Brewer struggled with the university incident, he said, because he believes everyone is entitled to see the world as they see it. And they should be treated with respect and be allowed to share their beliefs with others.

It disappointed him the behavior of a professor and student lecturer initially seemed acceptable to the university, he said.

Kaye has seen disrespect from her side, too. She has distributed leaflets against the death penalty at the university since 1991, and encountered people who don't like it, she said.

"I've tried to hand somebody a leaflet and had them crumple it up and throw it back at me and say, 'We should kill 'em all.' I've had some of them suggest that, 'It wouldn't be such a bad idea if they killed you, too,'" she said.

That's part of political speech, she said. When she goes out and talks about what she believes, others are totally OK with getting in her face.

"I don't like it. I have friends on death row. It makes me very upset. But I asked for it because I was out there speaking," she said.

And if you're signing people up for Turning Point USA, you should be willing to have somebody calling you out on it, she said.

But to say that Lawton flipping off a Turning Point USA organizer represented social justice in the English department was just "so out of line," she said.

Kaye agreed with Brewer there are varying definitions of social justice.

For Kaye, social justice comes out of the tradition of Dorothy Day, a Catholic convert who helped establish a movement that combined aid for the poor and homeless with nonviolent social action on their behalf. It is represented by Bryan Stevenson, the lawyer-author of "Just Mercy," who has dedicated his career to helping the poor, the incarcerated and the condemned.

Brewer knows Kaye from seeing her as they both visit inmates and attend meetings and events at the prisons.

"I think, in ways, we're on the same wavelength, and we see the same issues and problems," Brewer said.

But how they want to fix the problems is where they differ, he said.

Thirty-six years in military uniform have made him more rigid and structured in how he sees the world, how things are managed or resolved, he said.

He didn't mean to offend with his post on social justice, Brewer said. He just wanted to discuss it.

After a month to think about it, if he had it to do over, he probably wouldn't have described social justice as evil, Brewer said, adding that he should have used his military training and let it sit overnight after he wrote it and re-evaluated before sending it.

Kaye said she's been living social justice for the past 40 years, and believes she has a feel for it.

"It's certainly not evil or tyrannical," she said.

Adopting a line from the Watergate scandal, three state lawmakers have publicly questioned the content of emails exchanged between current and…

In an open letter Monday, nearly 70 faculty at the University of Nebraska-Lincoln accused Gov. Pete Ricketts and several state senators of usi…

In a pair of October letters to lawmakers, University of Nebraska President Hank Bounds and UNL Chancellor Ronnie Green defended the universit…

'This is a witch-hunt': Conservative faculty, students at UNL weigh in on senators' call for changes amid political debate

AAUP committee set to investigate due process lapse at UNL

The Great Navy of the State of Nebraska marooned two of its admirals less than a month after they received their commission.

Tom Brewer, the soldier senator who was elected to the Legislature in 2016 following a 36-year military career that included a series of snipe… 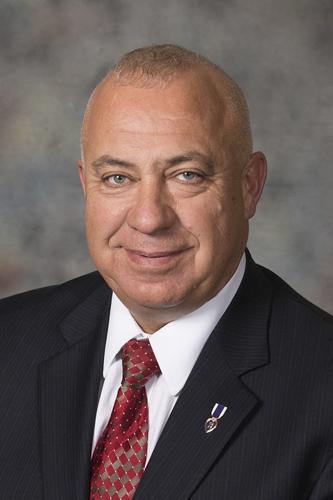 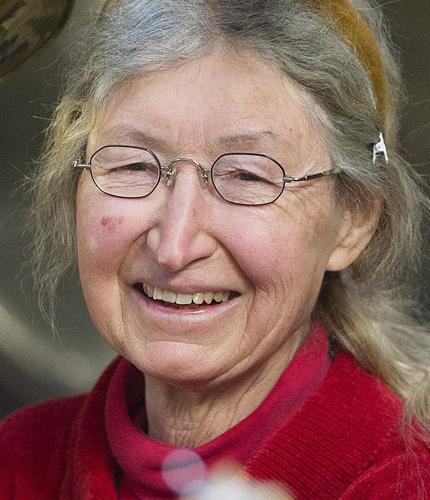