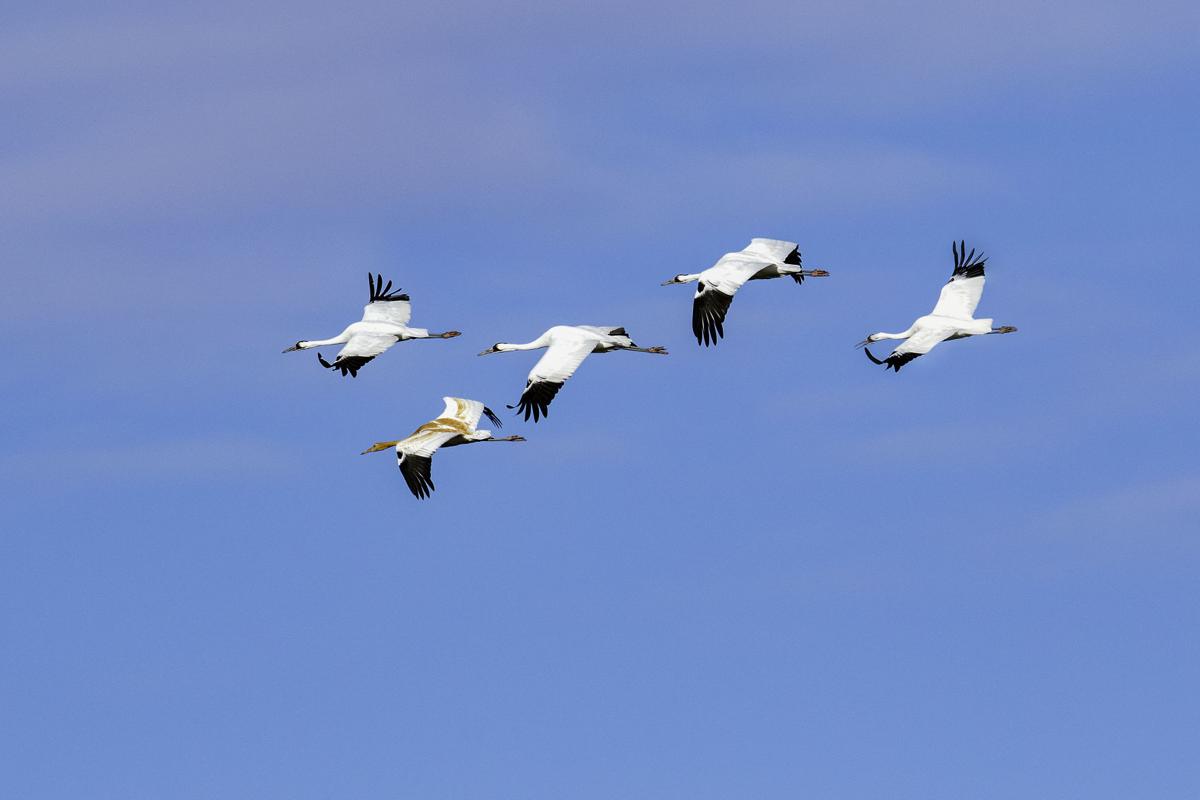 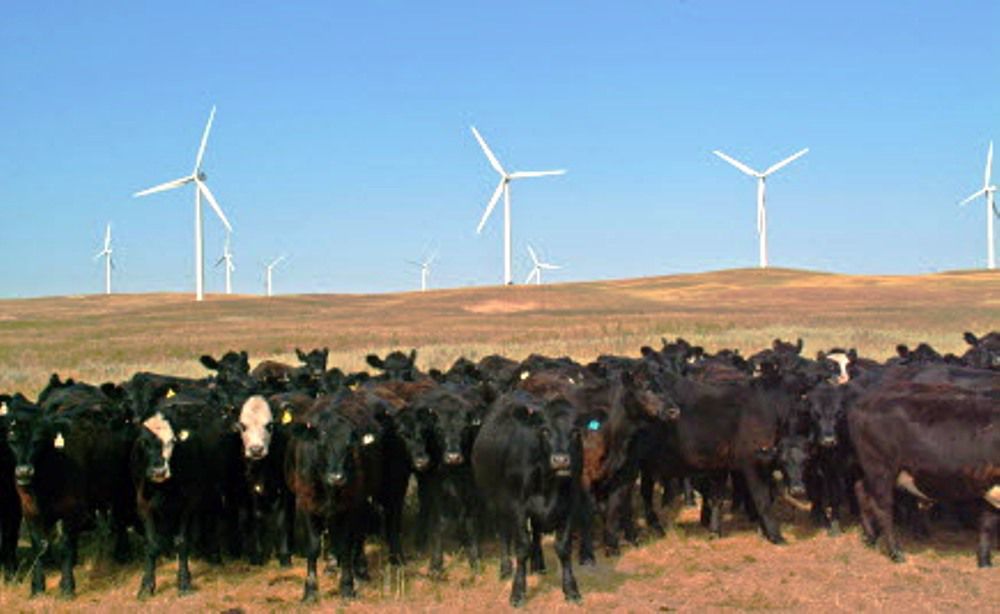 The Nebraska Public Power District's Ainsworth Wind Energy Facility is shown in 2005. The power utility has plans for more wind farms and transmission lines in the Sandhills.

A lot of uneasiness exists among ranchers and residents — and bird lovers — in Nebraska's spacious Sandhills.

Angst and disagreements have agitated families and neighbors who live there. Some — certainly not all — fear their beloved land and livelihoods are at risk because of the advancing proposals to place more wind turbines and power lines on the grass prairie and sand dunes that cover about a quarter of the state.

"I understand progress. My entire family does," said Judy Rath, owner with her husband and sons of the Diamond R Ranch in Thedford.

But they love their wide-open spaces.

"That's why we moved out here. ... There aren't any transmission lines that are crisscrossing everywhere. Not a whole lot of concrete. And we enjoy life that way," she said.

Conservationists, such as those belonging to perservethesandhills.org, wax poetic about the land as a "backdrop for scores of wildlife and millions of birds that traverse the North American Central Flyway every year."

Among those is the Aransas Wood Buffalo population of whooping cranes that migrate through Nebraska on their way to and from Texas and Canada. Through the endangered species act, the crane is recovering from the brink of extinction, according to the U.S. Fish and Wildlife Service.

Rath and others who are concerned about the Nebraska Public Power District's R Project power line and the wind farms that are popping up across the land — and the whooping cranes — have found a champion in the Nebraska Legislature. Sen. Tom Brewer of Gordon has taken up their cause with proposed legislation and advocacy, working from his Capitol office in Lincoln.

"When we have very little that we can call a real tourist drawing place, the Sandhills is one of those," Brewer said. "And we're about to scatter it with something that is not going to be Nebraska."

He introduced a bill (LB155) last week, for the second time in two years, that would ensure that use of eminent domain for private developers would not be allowed to provide transmission lines and generation facilities.

It would eliminate a portion of a state law that says: "The exercise of eminent domain to provide needed transmission lines and related facilities for a privately developed renewable energy generation facility is a public use."

The wind farms being built in the Sandhills are not federal or state entities, Brewer said. They are for-profit and should not be able to use the right of eminent domain to create feeder lines from wind farms to main power lines. The NPPD project detoured into the Sandhills rather than take a less-intrusive route, he believes, to meet potential feeder lines.

Rath said an Omaha developer — Bluestem Energy Solutions — is working on a project that could require an easement on her ranch to put in feeder transmission lines from a future wind farm. The Raths have never been approached by Bluestem, and a Bluestem spokeswoman denies knowledge of any such "situation."

Rath was told by another landowner the developer could use eminent domain to get that easement if her family would decide to turn down any request. Bluestem says a private company such as Bluestem does not have the rights to use eminent domain.

NPPD spokesman Mark Becker said the power company was not aware of any wind project being put together by Bluestem in the Thedford area. And he reiterated that as a private company, Bluestem would not be able to use eminent domain.

She said registrations submitted by Bluestem to the Federal Aviation Administration give the specific location near her land for 147 turbines. The family obtained the FAA information through a Freedom of Information request, she said.

Brewer's work on behalf of Sandhills landowners such as the Raths also puts him knee-deep in efforts to protect the whooping cranes. On their behalf, he recently traveled to Denver to the Mountain-Prairie Regional Office of the U.S. Fish and Wildlife Service to get information about the effect of the R Project on the cranes.

Brewer claimed the office used old data to determine the power line project would probably not kill whooping cranes. A newer study, he said, partially funded by Fish and Wildlife, concluded there was a reasonable expectation migrating whooping cranes could be killed, and that it would negatively affect the population.

NPPD's Becker said his company analyzed a 2008 report on whooping cranes and results of a recent satellite-tracking study by the U.S. Geological Survey, to conclude incidental killing of the cranes would not be "reasonably certain to occur."

A contractor has been selected and approved for R Project construction, and work could commence on the power lines after the permit is approved, Becker said.

NPPD is also still negotiating with some landowners who have not voluntarily signed an easement. Eminent domain could be used, he said, but the company rarely uses it and would prefer not to use it for this project.

Rath lauded Brewer for his representation of her district on behalf of its residents' concerns.

She said Brewer is not afraid to fight what he believes is an injustice.

"Senator Brewer is a man of integrity," she said.

When a state law kicks into effect in the summer of 2020, it's doubtful the state prisons will meet the prescribed goal of getting the inmate …

Not for everyone, but definitely for the sandhill cranes and those who love to watch them dance

Watching the road: State website puts you behind the wheel of 600 plow trucks

All at once, snow was starting to drift near Brady.

With wind energy bill comes passion and a divergence of opinions

Sen. Tom Brewer of Gordon said his bill on wind energy regulation is not an anti-wind energy bill, as many opponents have said.

Headed for the hills: Cranes, tourists both find reasons to visit Sandhills

Surveys asking travelers where they plan to vacation have consistently ranked Nebraska last among the 50 states. No wonder the state chose thi…

Sen. Tom Brewer of Gordon on Tuesday dismissed state Capitol chatter that he might be a 2020 candidate for the U.S. Senate following a recent …

Cindy Lange-Kubick: From one kitchen table to the next, a Lincoln woman speaking her truth for the natural world

A federal judge has vacated a permit granted by the U.S. Fish and Wildlife Service to allow a Nebraska power district to "incidentally" kill o…

The Nebraska Public Power District's Ainsworth Wind Energy Facility is shown in 2005. The power utility has plans for more wind farms and transmission lines in the Sandhills.