The committee that holds the fate of medical marijuana doesn't seem to want to let go of that hold.

The Judiciary Committee opted not to vote Monday on whether to send it out to the full Legislature, deciding instead to wait for more information from Gov. Pete Ricketts' office and the new Department of Health and Human Services CEO Courtney Phillips.

Sen. Tommy Garrett, who introduced the bill (LB643) which would legalize medicinal uses for marijuana, said he felt like his bill is being "slow rolled" by the committee.

The amendment adds several diseases and disorders to the list of those that could be treated with marijuana, changes its drug classification at the state level, takes away an allowance for growing the plant at home, designates how a compassion board would be selected and allows a sales tax on medical cannabis.

The committee seemed reluctant to delve into the amendment changes, and no committee member stepped forward to move to advance the bill. In fact, there were several long periods of silence during the discussion.

And since the leadership of Dr. Joseph Acierno has been "sadly lacking," both in his role as chief medical officer and as acting CEO, Krist said, he wants to give the new CEO the opportunity to weigh in.

Ricketts opposes the legalization of marijuana, and believes those seeking approval for its medical use should use the existing approval and development process set up by the U.S. Food and Drug Administration, said the governor's spokesman Taylor Gage. Acierno has been working with the governor to oppose any attempts to legalize the drug.

Members of the Legislature and the governor may not always agree, however, Ricketts appreciates Acierno's leadership on that issue and many others as the acting CEO, Gage said.

In a fiscal note, the department estimated the cost to be about $1.1 million in the first year of implementation and around $800,000 in the second year, with a need for 300 to 400 compassionate care centers in the first two years.

The bill, in essence, is establishing almost an entirely new division in HHS to handle medical marijuana, Krist said.

"I'm just saying I think this is a huge undertaking for the Department of Health and Human Services," he said.

If the Legislature continues to tell HHS and the administration how to do business, Krist said, then "we should relabel the hall out there the Department of Health and Human Services/Legislature of the State of Nebraska.

Lincoln Sen. Colby Coash pointed out that if the governor doesn't like a bill, the agencies he oversees don't tend to cooperate. And it would not be a top priority for the new CEO.

Krist said he believes in medical marijuana, and that all of the stories the committee heard are not anecdotal but are legitimate claims that medical marijuana has helped and will help patients.

"The problem is the vehicle from which we get from here to there," he said.

It should be administered the same way the state would a drug through pharmacy procedures, rules and regulations, he said.

Because it has not been approved federally, Garrett argues, the pharmacies aren't going to touch it, so compassion centers need to be created for distribution.

Garrett was not happy with the latest delay. The department is there to serve the people of Nebraska, not the other way around, he said.

"They're not the ones who get to decide on laws," he said. "We make the laws."

The new CEO, Phillips, will have a lot to deal with when she arrives because of the size of the agency and its many problems, Garrett said.

"My big concern, quite honestly, is that the longer this is delayed, the less likely it's going to get debated on the floor," he said.

And in the meantime, he said, people are suffering.

The committee earlier advanced a bill (LB390), that would allow for a small pilot study on treatment with cannabidiol, or hemp oil, of people with difficult seizure disorders. Garrett said that if his bill would pass, LB390 would be unnecessary.

LINCOLN — Worried that lawmakers might not act, advocates for medical marijuana could take their campaign to Nebraska voters next year, and a …

One medical marijuana bill was advanced from committee to the full Legislature Tuesday, and one remained in the Judiciary Committee for more review.

Sen. Tommy Garrett, the retired Air Force colonel who served 27 years in military intelligence and was appointed to the Legislature in 2013 by… 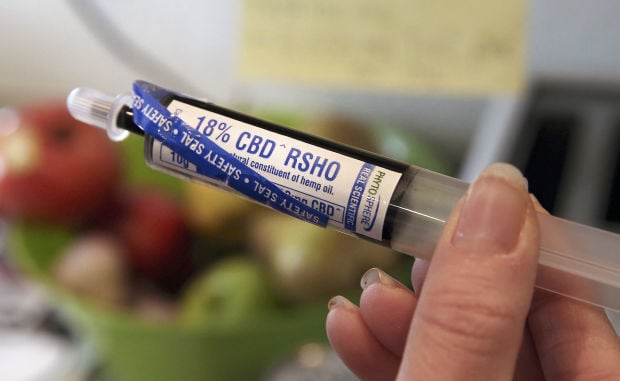 Medical marijuana, like this high CBD hemp oil, is legal in 23 states. 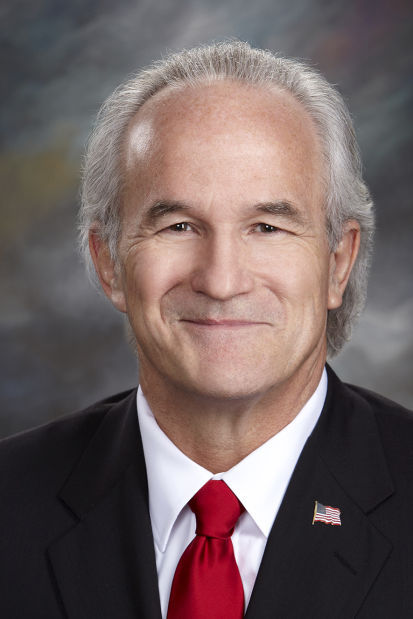