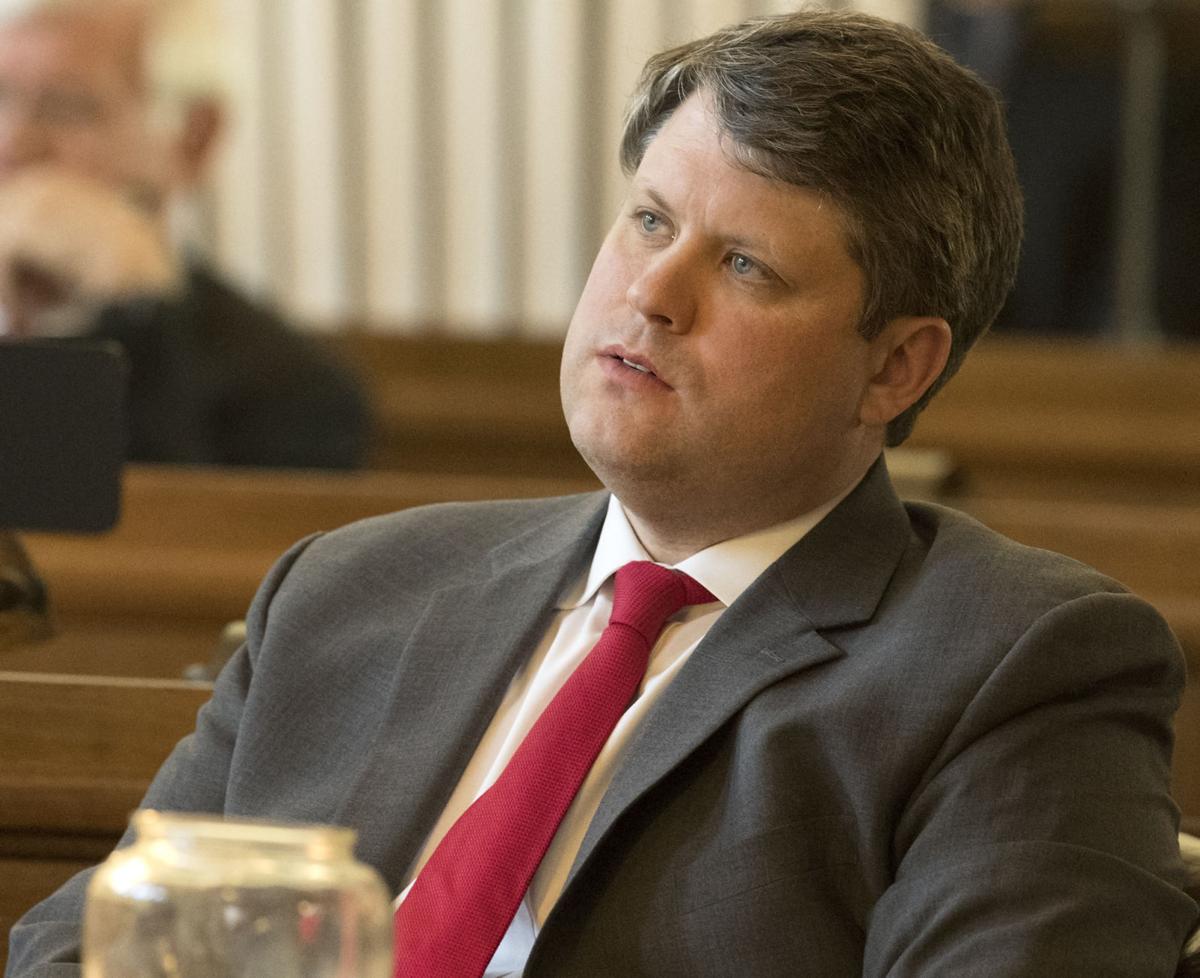 Sen. Mike Hilgers of Lincoln watches voting for committee chairs during the first day of the Legislature in January 2019.

That would shave four or more years off the process of completing work on the beltway, an infrastructure improvement that's expected to inject a new spurt of economic activity into the city.

"It promises to have a tremendous impact for growth in our community," the Lincoln senator said.

Acceleration of the project could result in "north of $10 million in construction inflation savings," Hilgers estimated.

The bill (LB616) would authorize the contractor to arrange financing to pay for the project labor, materials and vendors as the work is performed with payments then due from the Nebraska Department of Transportation over a period not to exceed 10 years after completion of the project.

The newly authorized "build-finance" process would avoid the alternative of attempting to accelerate construction through the issuance of public highway bonds.

Hilgers said the city of Lincoln is aware of his proposal and Gov. Pete Ricketts' administration has taken no position on his plan at this point.

The four-lane expressway south of Lincoln would link U.S. 77 and Nebraska 2 and is designed to divert truck traffic from Nebraska 2 that now travels through the city.

The state anticipates construction to begin in 2020 and has estimated the project could take five to seven years to complete.

Final design for the 11-mile Lincoln South Beltway is finished, and the state will begin purchasing the necessary rights of way and relocating…

Watching the road: State website puts you behind the wheel of 600 plow trucks

All at once, snow was starting to drift near Brady.

Vetoes appear to lie ahead.

South Beltway will be finished in three years instead of eight

Sen. Mike Hilgers of Lincoln watches voting for committee chairs during the first day of the Legislature in January 2019.