Led by new senator mom, women push for nursing station in the Capitol
0 Comments
Share this
1 of 2 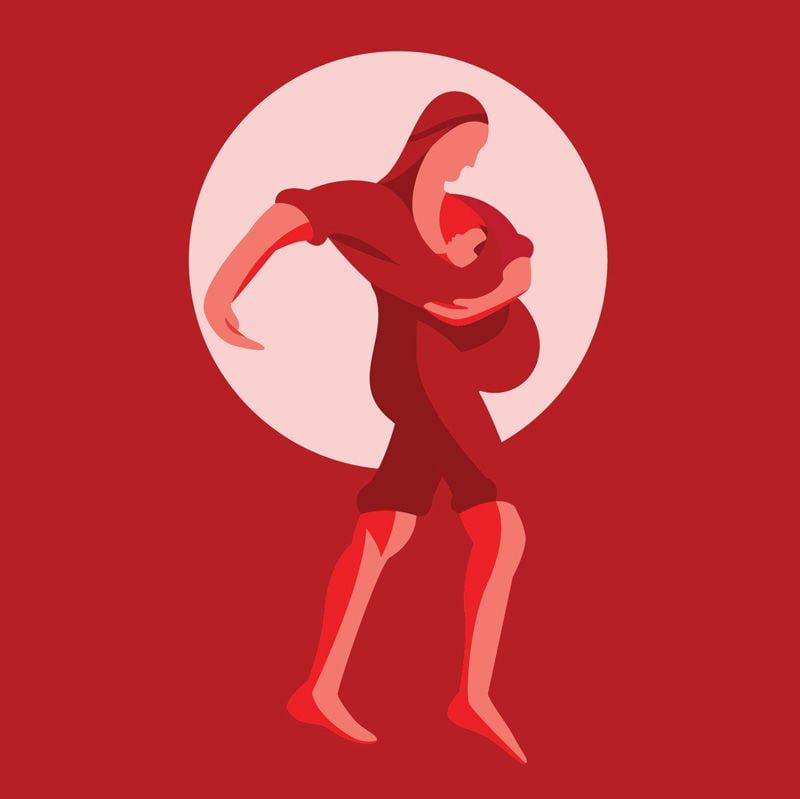 An image by Nebraska-born designer Rajiv Fernandez depicts the Sower as a nursing woman. Omaha Sen. Machaela Cavanaugh said the image could one day hang in a dedicated nursing station at the state Capitol. 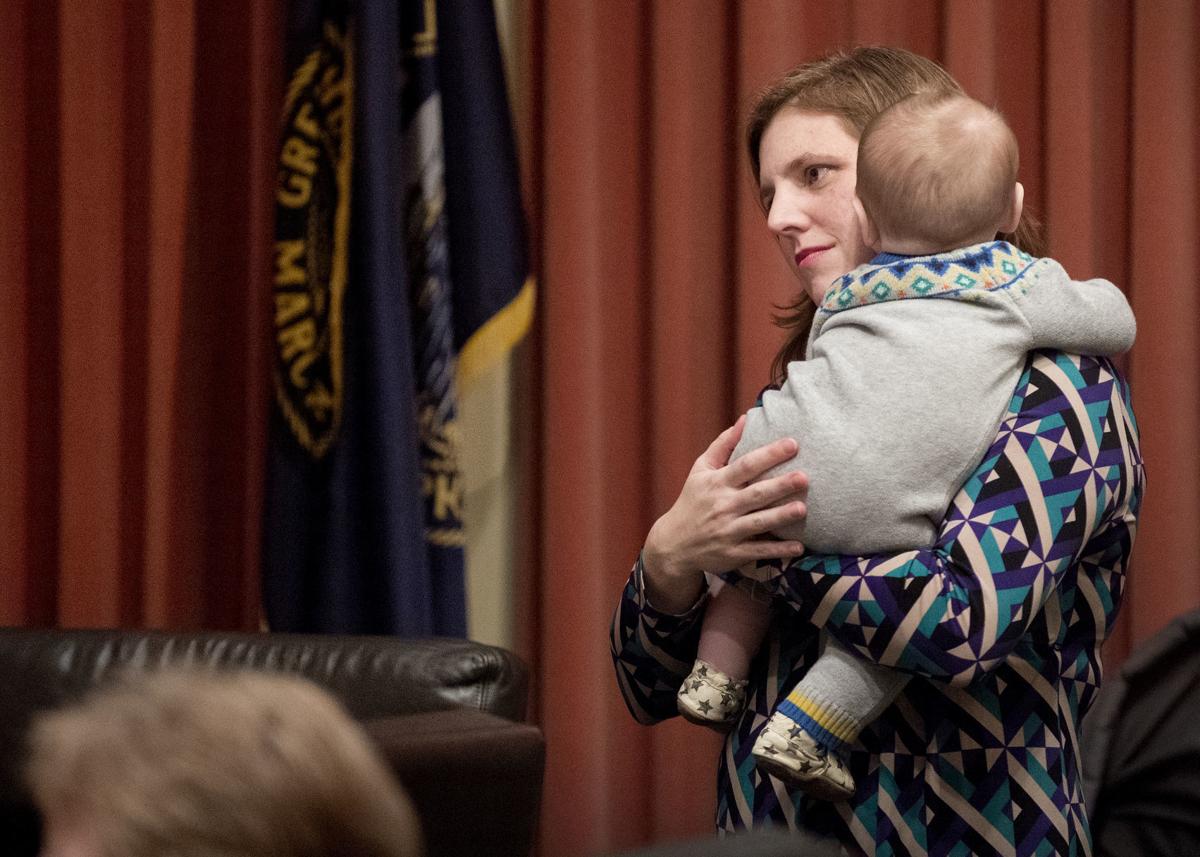 State Sen. Machaela Cavanaugh of Omaha holds her son, Barrett Brotzel, during a Health and Human Services Committee hearing in February at the state Capitol.

But when she inquired the next day about where she could go to pump breast milk, Cavanaugh said she learned the same lesson as other breastfeeding mothers before her.

There are no designated, private spaces for women to breastfeed or pump inside the Capitol walls, Cavanaugh told the Legislature’s Government, Military and Veterans Affairs Committee on Friday.

Other women had used vacant offices, or an out-of-the-way room set aside for a doctor, while others had taken over a spacious stall in a bathroom designed for parents with young children.

The Capitol should do more to accommodate nursing mothers who work at or visit the people's building, she said.

Along with 12 co-sponsors — all women — Cavanaugh introduced a bill (LB709) requiring a dedicated nursing station be created inside the Capitol that meets the needs of senators, staff and visitors.

While she later discussed options for creating a designated space with access to running water and electricity with Bob Ripley, administrator of the Office of the Capitol Commission, Cavanaugh said her bill is an effort “to keep that conversation moving forward.”

Courtney Lyons, a legislative aide to Lincoln Sen. Matt Hansen, said new mothers among the Capitol staff have worked to “patch together a schedule of borrowing spaces,” while employees working in the State Office Building have a private space to breastfeed or pump.

“Could we continue to make do depending on the kindness and schedules of our coworkers?” she asked. “Probably, but this lack of designated space sends a message to every mom with young kids, whether they work here or are visiting, that we’re not welcome here.”

Lawmakers have recently created statutes requiring public schools to accommodate student mothers’ needs when it comes to breastfeeding, Scout Richters of the ACLU of Nebraska pointed out. The civil-rights organization has also provided the Legislature with reports on the lactation supports available to college and university students.

The Capitol Commission ordered a lactation station and it has been installed in the first-floor copier room. It works for mothers who need it for a single use, Cavanaugh said. But with no water, “it’s not a great solution for staff who are here all day.”

The lactation station, which senators described as a futuristic-looking pod, won’t be fully online until the end of April, Ripley said. And when the first phase of the Capitol's heating and air renovation is complete, the pod will need to be moved to another area of the building.

Although the committee did not take any action on LB709 on Friday, Cavanaugh has asked Speaker Jim Scheer to make it a priority bill this session, which increases its chances of making it on the agenda.

Passing out copies of artwork she commissioned from Nebraska-born artist Rajiv Fernandez depicting the Sower as a nursing mother, Cavanaugh said she hopes the image will soon hang in a room dedicated to nursing mothers.

Arguing that "it is crazy" to tax Nebraskans with incomes of $29,000 at the same rate that millionaires pay, Sen. Justin Wayne of Omaha propos…

The Judiciary Committee voted Friday to send a bill to the full Legislature that would eliminate the death penalty.

Online sales tax bill among those sent to Ricketts for signature

A proposal to update Nebraska's 1949 Americanism statutes got the yo-yo treatment in the Legislature on Friday.

It will take proper funding and more to solve crowding in prisons, legislative committee hears

Nebraska committee will hear abortion bills coming from opposite sides

The Legislature's Judiciary Committee will hear bills Wednesday that come from senators with opposite views on abortion.

The Legislature's Revenue Committee on Tuesday advanced a bill that would change the way agricultural land is valued for property tax purposes.

Attorney General Doug Peterson said Nebraska intervened in the lawsuit because the case asks the court to ignore a vote by the state's Legislature.

A decision to temporarily convert a room for pregnant and nursing mothers into a private office has spurred outrage from some senators at the Nebraska Capitol.

An image by Nebraska-born designer Rajiv Fernandez depicts the Sower as a nursing woman. Omaha Sen. Machaela Cavanaugh said the image could one day hang in a dedicated nursing station at the state Capitol.

State Sen. Machaela Cavanaugh of Omaha holds her son, Barrett Brotzel, during a Health and Human Services Committee hearing in February at the state Capitol.