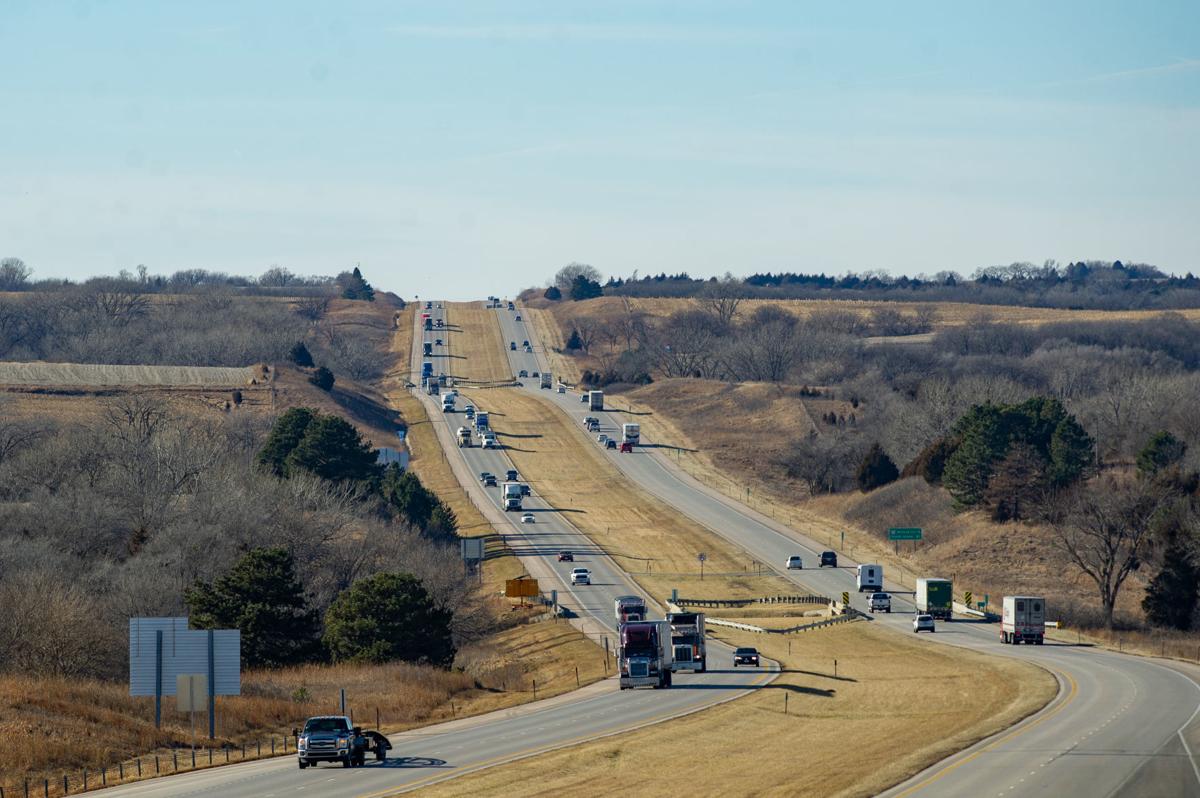 Vehicles travel on Interstate 80 near the Nebraska 103 exit Monday. The next segment of the interstate slated for expansion to six lanes is a 17-mile stretch between Lincoln and Seward. 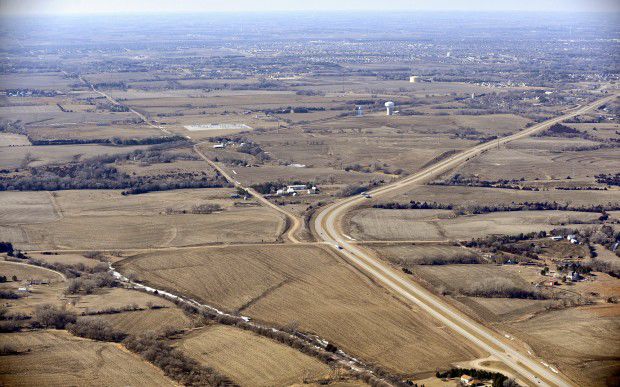 An aerial view west from the intersection of Nebraska 2 and 120th Street shows where the proposed south beltway would connect with Nebraska 2. The project is getting closer to reality.

The director of the Nebraska Department of Transportation on Monday highlighted the state's billions of dollars in highway maintenance and construction needs, Lincoln's South Beltway, the future of autonomous vehicles and the need for fiber-optic cable to communicate with Nebraska drivers.

And expanding Interstate 80 to six lanes west of Lincoln.

Nebraska roads cover a lot of ground, and so did Director Kyle Schneweis in his annual State Highway Needs Assessment report to members of the Legislature's Appropriations and Transportation and Telecommunications committees.

"As we offer the needs assessment this year, I can share that Nebraska has a well-maintained transportation system, capable of supporting our current transportation needs," Schneweis said.

The state, he added, needs to spend $12.5 billion in the next 20 years on highway maintenance, roadway improvements that increase safety and mobility, and highway construction that adds capacity and supports the state's economic growth.

* $1.3 billion to correct roadway deficiencies, such as improving rural intersections based on high traffic volumes and crash histories;

* $3.4 billion to expand roadways, including widening the interstate to six lanes between Lincoln and Grand Island.

Apply inflation, and that need zooms to $18 billion. Responsible government, Schneweis said, means balancing the needs of the system.

"But the fact remains true: The needs of the transportation system are outpacing the funding available," he said.

Expanding the interstate to six lanes will be determined by traffic density. The next segment up would be a 17-mile stretch from west of Lincoln to the Seward interchange, which would require acquisition of rights-of-way, new pavement, replacement of eight overhead bridges, interchange reconstructions, grading, culverts, lighting and rest area improvements.

The director also mentioned Lincoln's $300 million South Beltway, which has been working its way up the priority chain and has been getting close to reality.

"We are committed. We're going to finally build the Lincoln South Beltway," he said.

The department is finalizing the design, and will be purchasing land soon. Bids could be let late in 2019 so that construction could start in the spring of 2020.

The beltway connecting U.S. 77 and Nebraska 2 would stretch one-half mile south of Saltillo Road for about 7.5 miles.

"It's going to greatly improve safety. It's going to get the trucks off Highway 2," he said. "It'll reduce the crashes ... it also will help improve the safety of Saltillo Road, which has been a topic of conversation."

Autonomous vehicles, an encouraging technology, are on the horizon, he said. If your car can help keep you on the road, and help you stop by recognizing dangers in front of you, that can help reduce fatal crashes.

"We have to think how the infrastructure can support those things," he said.

It will be incremental. Cars today already have some of those safety features, he said.

Schneweis said that, ultimately, the department pays attention to and discusses how it can stay out of the way so innovations can occur, by not overregulating while protecting public safety, and participating in its role. For example, if autonomous cars are reliant on lane markings, Nebraska must have good ones.

There's also a need to get technology along the highway system, so communication can take place to individual cars and drivers and vice versa, like sparsely located message boards do now. Direct communication would be a lot more efficient and helpful to drivers, he said.

Nebraska is far behind other states in installation of fiber optics along roadways, Schneweis said.

Fiber-optic installation needs to be more sophisticated and robust, he said. And that could help support rural broadband in communities that don't have the needed internet speeds that are so important to future economic development.

Under construction or contract

U.S. Transportation Secretary Elaine Chao on Tuesday welcomed construction of the new Lincoln South Beltway as a step forward in terms of truc…

A proposal to delay changes at the intersection of 14th Street, Old Cheney Road and Warlick Boulevard is short-sighted, costly and won’t prepa…

Signals or roundabouts recommended on 68th and 148th streets in future

A legislative task force voted to make a critical recommendation Friday in its final report, but this week some members want to take it back.

Road work behind: Nebraska 63 near Alvo to stay closed for another half-year

It was a roller coaster of a highway, 6 miles of steep hills, narrow shoulders and deep ditches.

The work of the Nebraska State Patrol this year has led to a high-volume roundup of illegal or illegally distributed drugs, including more tha…

No take-back was granted this week on a recommendation by a legislative task force to end the Nebraska Advantage Act a year early in 2019.

Beginning Friday, one lane of traffic will be open in each direction on Pine Lake Road, from South 61st to South 70th streets.

Final design for the 11-mile Lincoln South Beltway is finished, and the state will begin purchasing the necessary rights of way and relocating…

The state's motor fuels tax will rise from 28 cents a gallon to 29.6 cents effective Jan. 1, a rate that will remain in effect through June 30…

OGALLALA — Authorities say a Colorado girl died in a crash along Interstate 80 in western Nebraska.

Sheriff who lived at Nebraska jail retires, moves out

HASTINGS — A Nebraska sheriff who lived at the county jail has retired and moved out of the courthouse that served as his home for the last 36 years.

When Fred Zwonechek began his career leading Nebraska's Office of Highway Safety in 1981, about one in every 10 drivers wore a seat belt.

Vehicles travel on Interstate 80 near the Nebraska 103 exit Monday. The next segment of the interstate slated for expansion to six lanes is a 17-mile stretch between Lincoln and Seward.

An aerial view west from the intersection of Nebraska 2 and 120th Street shows where the proposed south beltway would connect with Nebraska 2. The project is getting closer to reality. 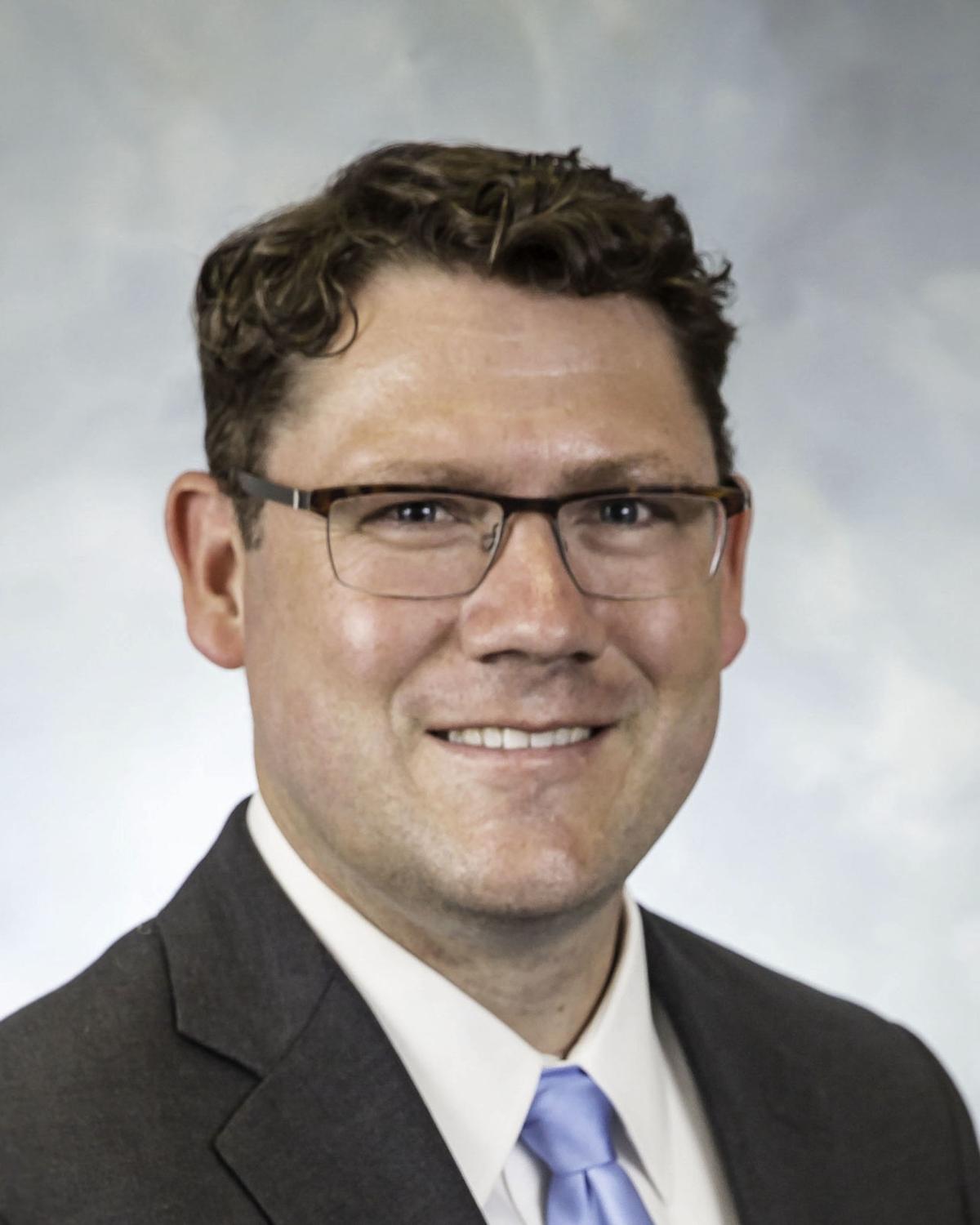