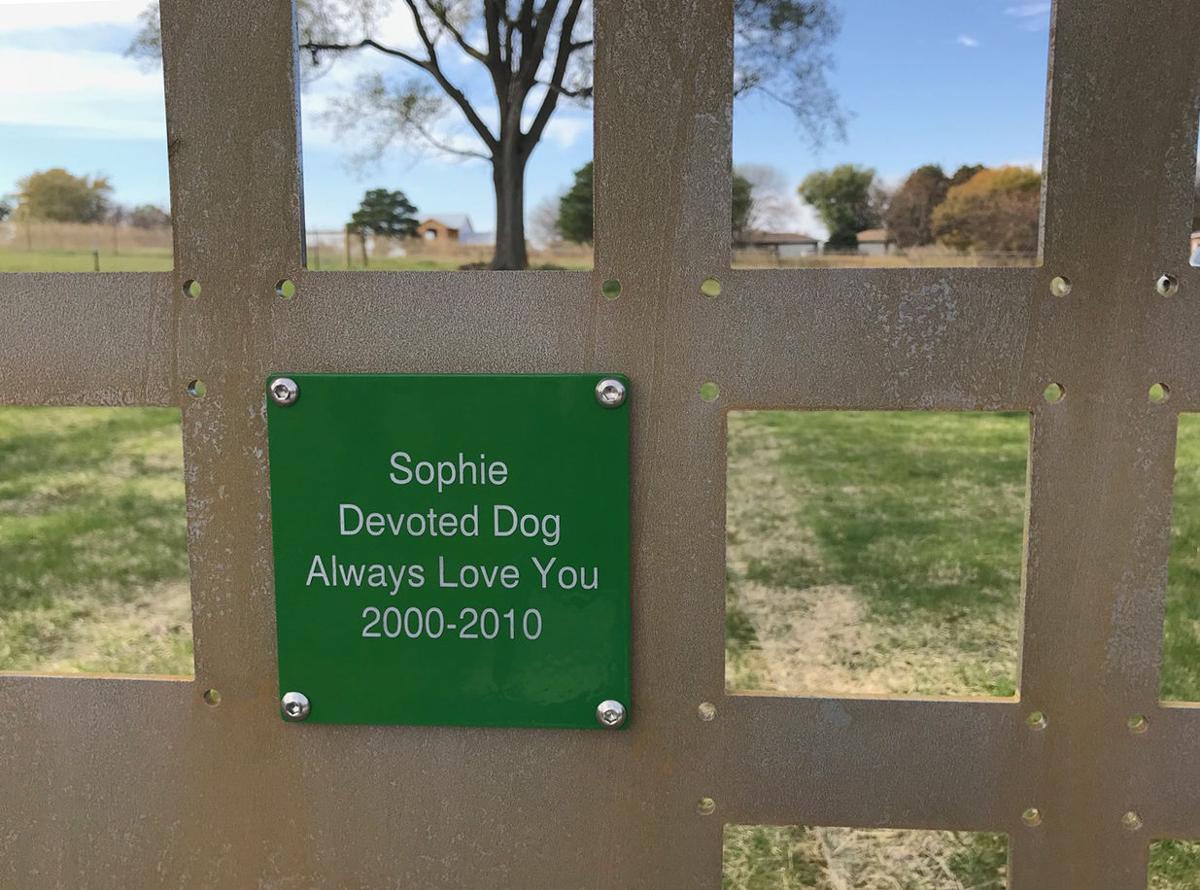 A new tile program provides an opportunity to honor favorite dogs or dog lovers with personalized tiles (4-by-4 inches or 4-by-8 inches) to be permanently located on locally designed and fabricated decorative fences at each of the city's four dog runs. 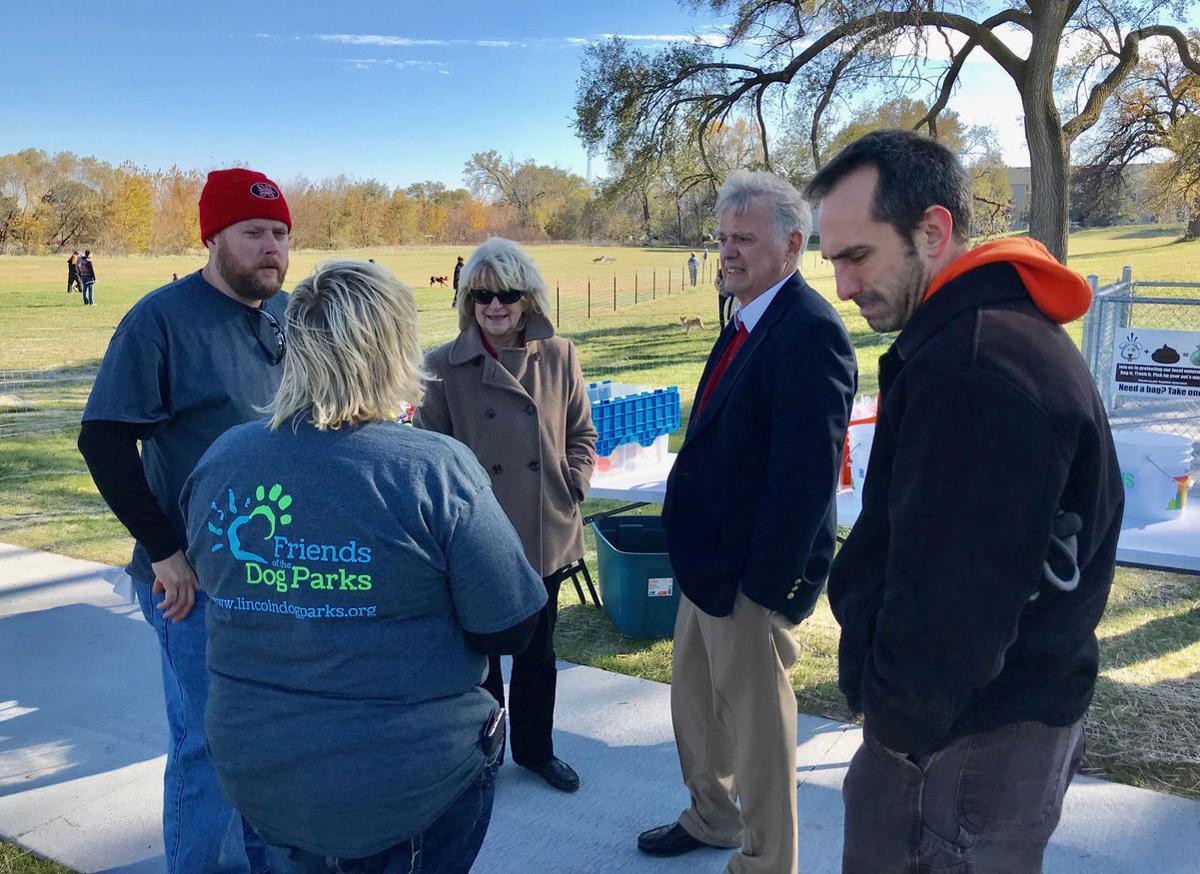 An estimated 400 people and dogs celebrated Lincoln’s newest dog run Nov. 5 at the official public opening of Roper East Dog Run, located at North Seventh and Adams streets. It is the first of three new public dog runs being built in Lincoln with support from the Lincoln Dog Run Campaign, a private fundraising effort led by the Lincoln Parks Foundation and Friends of the Dog Parks.

The campaign is raising private funds until Dec. 31 for additional features for the new dog runs and existing Rickman’s Run east of Holmes Lake. In addition to Roper East, new runs will be located at Peterson Park, 2200 Southwood Drive; and Mahoney Park, 84th and Adams streets. Those dog runs will open by late 2017, depending on the weather.

To encourage donations, the campaign announced a new tile program that gives people an opportunity to honor their favorite dogs or dog lovers with 4-by-4 or 4-by-8 inch personalized tiles to be permanently located on locally designed and fabricated decorative fences at each of the four dog runs.

“These beautiful tiles make perfect holiday gifts for hard-to-buy-for friends and family who love dogs,” said Diane Temme, campaign leader. “It is the only permanent, public tribute of its kind in Lincoln and perhaps the entire nation. We hope people will take this opportunity to honor their dogs and help make our public dog runs even better.”

For more information about the tile program, naming opportunities and sponsorships to support the campaign, visit LincolnParks.org/dogruns or call the Lincoln Parks Foundation at 402-441-8258.

Rotary #14 named Volunteer Group of the Year by Governor

ServeNebraska and Gov. Pete Ricketts have named Downtown Lincoln Rotary Club #14 “Volunteer Group of the Year” as part of the Step Forward Awards.

The seven Lienemann children grew up learning the value of money and charity from their parents, Delmar and Charlotte Lienemann.

The Lincoln Education Association-Retired (LEA-R) and Union Bank have awarded four $1,000 scholarships to education majors who will student te…

This year, our community has faced challenges that few could have anticipated, and many of our fellow Lincolnites have been working to support…

With a deadline of Oct. 1, Humanities Nebraska is again accepting grant applications from Nebraska museums, historic sites and other cultural …

The submission deadline for project-funding grant proposals to the Viking Foundation of Lincoln is Oct. 1.

A new tile program provides an opportunity to honor favorite dogs or dog lovers with personalized tiles (4-by-4 inches or 4-by-8 inches) to be permanently located on locally designed and fabricated decorative fences at each of the city's four dog runs.