A major Hollywood strike could be on the horizon for some 60,000 behind-the-scenes workers in the entertainment industry. Over the weekend, members of the International Alliance of Theatrical Stage Employees (IASTE) overwhelmingly voted in favor of authorizing a nationwide strike for the first time in its history.

Here we look at who is involved, what they're asking for and what's at stake.

WHAT IS THE IATSE?

The International Alliance of Theatrical Stage Employees (or IATSE for short, pronounced eye-AHT'-see) is a 128-year-old union representing over 150,000 artists, craftspeople and technicians in the entertainment industry in the United States and Canada. Comprised of cinematographers, costumers, set designers, script supervisors, hair and makeup artists, animators, stagehands and many, many more, the IATSE represents essentially everyone who works in any form of entertainment (including movies, television, theater, concerts, trade shows and broadcasting) who isn't an actor, director, producer or screenwriter.

WHY ARE THEY IN THE NEWS?

The three-year contracts that cover about 60,000 of the union's members — one that primarily covers film and TV production in Los Angeles and Hollywood and another that covers other production hubs including New Mexico and Georgia — expired in July. For the past four months the union has been negotiating new terms with the Alliance of Motion Picture and Television Producers (AMPTP). Those discussions fell apart on Sept. 20. The IATSE says that the AMPTP have failed to address their biggest workplace problems, and membership voted overwhelmingly to give the organization's president, Matthew D. Loeb, the ability to authorize a strike.

WHAT ARE THE WORKPLACE PROBLEMS?

The IATSE says its members are subjected to excessive working hours, unlivable wages for the lowest paid crafts and failure to provide reasonable rest, including meal breaks and time off between marathon working days and weekend work. Further, they say that workers on some "new media" streaming projects get paid even less. The Instagram account @ia_stories has been sharing anonymous accounts of some harrowing personal workplace stories and the effects of the excessively long hours on everything from personal safety to mental health.

The Alliance of Motion Picture and Television Producers is a group that represents hundreds of entertainment companies, including the major Hollywood studios, streaming services and production companies, and negotiates essentially all industry-wide guild and union contracts.

WHY ARE THE STREAMERS PAYING WORKERS LESS THAN TRADITIONAL STUDIOS?

In 2009, the IATSE and studios mutually agreed that new media productions required greater "flexibility" because the medium was not yet economically viable. That has changed in a big way, but the expectation of flexibility from crews has not. They feel they are being taken advantage of while streaming budgets and profits have reached blockbuster levels.

WHO ELSE SUPPORTS THE IATSE DEMANDS?

Social media support has been significant and many prominent people in the film industry have spoken out in support of the crews, like Octavia Spencer, Mindy Kaling, Jane Fonda and Katherine Heigl. On Monday, the Directors Guild of America issued a statement of solidarity too, signed by the likes of Steven Spielberg, Christopher Nolan, Barry Jenkins, Ron Howard, Ava DuVernay and Lesli Linka Glatter. Congressman Adam Schiff (D-Calif.), Senator Alex Padilla (D-Calif.), and 118 Senators and members of the House have also sent a letter to the AMPTP urging good faith negotiations.

IS A STRIKE INEVITABLE?

No, and leadership on both sides have said they would like to avoid it if possible. On Tuesday, the IATSE and the AMPTP resumed negotiations.

WHAT HAPPENS IF THEY DO STRIKE?

With 60,000 workers covered under the expired agreements, most productions would have to shut down in the U.S., including network shows and Netflix productions. But not all are affected: The IATSE contracts for "pay tv," including HBO, Showtime, Starz, Cinemax and BET, don't expire until Dec. 31, 2022 so those will keep going. Same goes for commercials and low budget productions, which also have different agreements.

As far as long-term consequences, it all depends on how long the strike goes on. The 100-day 2007-2008 Writers Guild of America strike, which also came about when contracts failed to address "new media" realities and loopholes, resulted in scuttled projects, shortened seasons of popular television shows and an influx of reality shows to fill the schedule gaps. Most networks and streamers have content reserves to fill the gaps for a bit.

A walkout would bring film and television productions across the country to a standstill and would be the biggest Hollywood labor dispute in more than a decade.

An 11th-hour deal was reached, averting a strike of film and television crews that would have seen some 60,000 behind-the-scenes workers walk off their jobs. 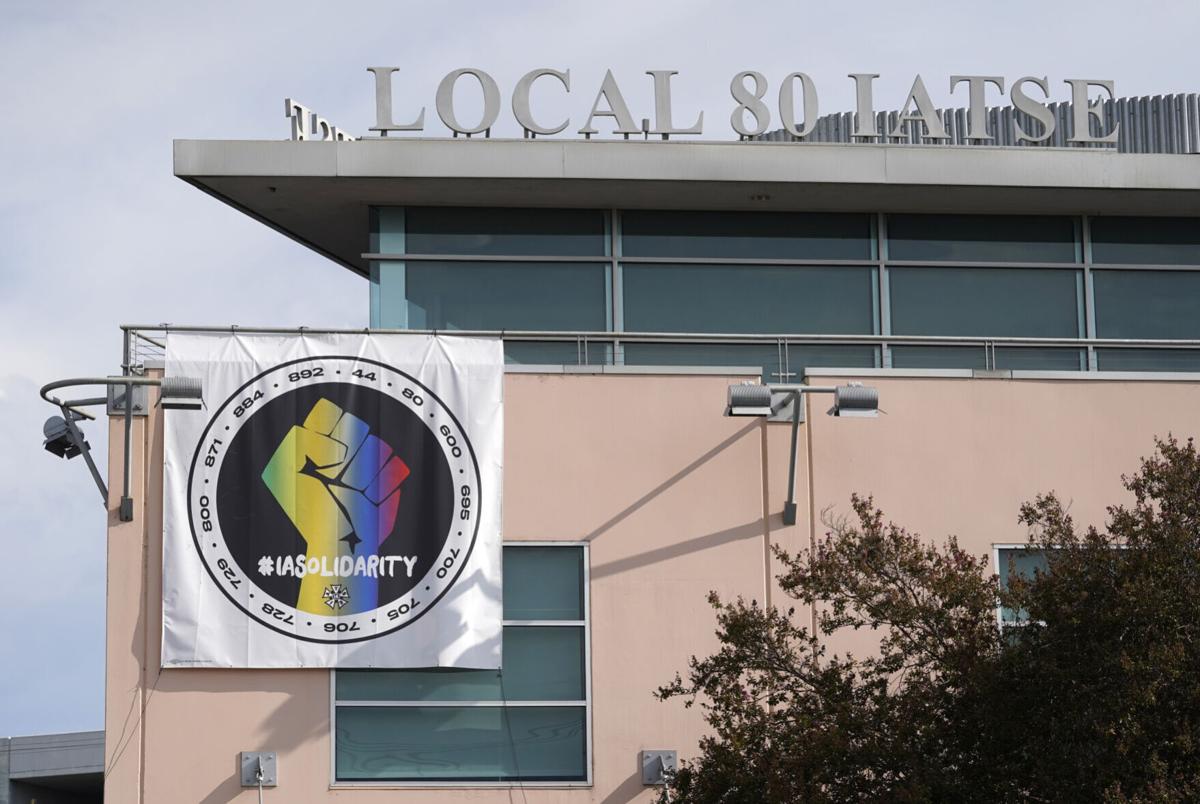 A poster advocating union solidarity hangs from the office building housing The International Alliance of Theatrical Stage Employees Local 80, Monday, Oct. 4, 2021, in Burbank, Calif. The IATSE overwhelmingly voted to authorize a strike for the first time in its 128-year history. (AP Photo/Chris Pizzello) 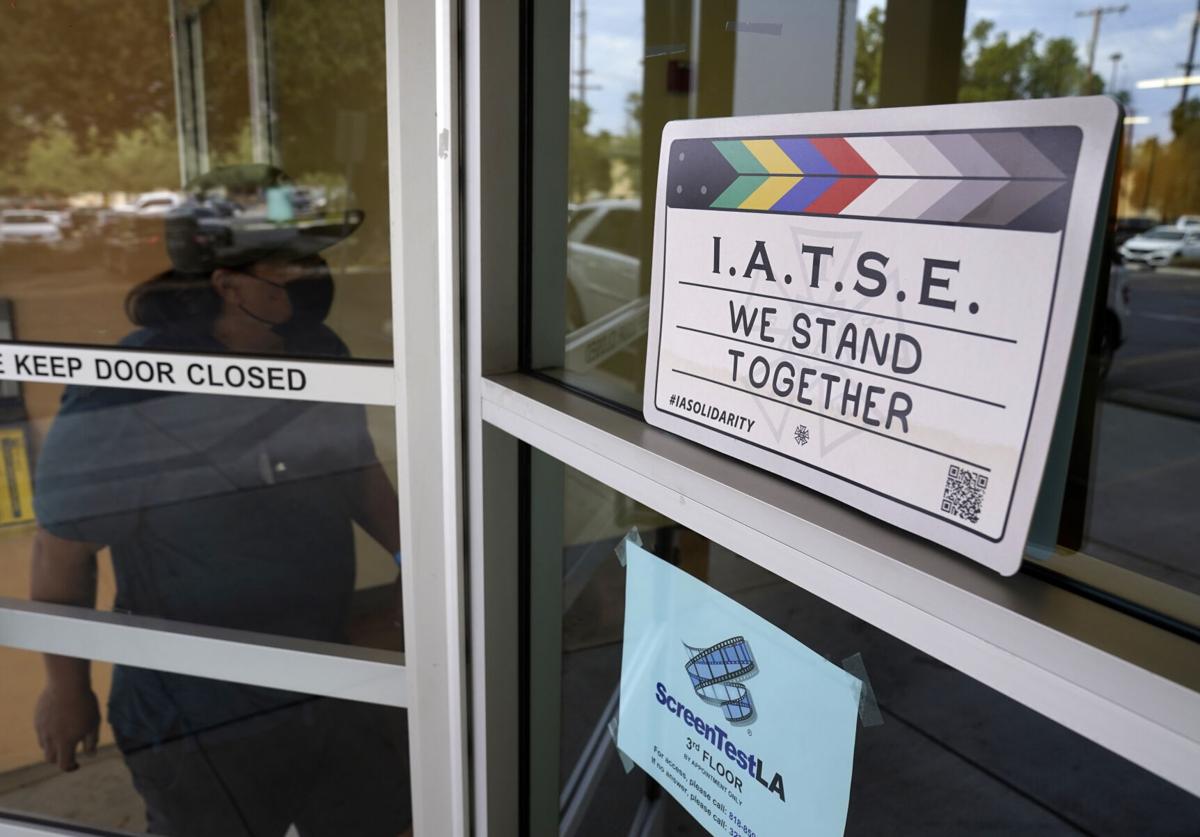 A man enters the union offices of The International Alliance of Theatrical Stage Employees (IATSE) Local 80, Monday, Oct. 4, 2021, in Burbank, Calif. The IATSE overwhelmingly voted to authorize a strike for the first time in its 128-year history. (AP Photo/Chris Pizzello) 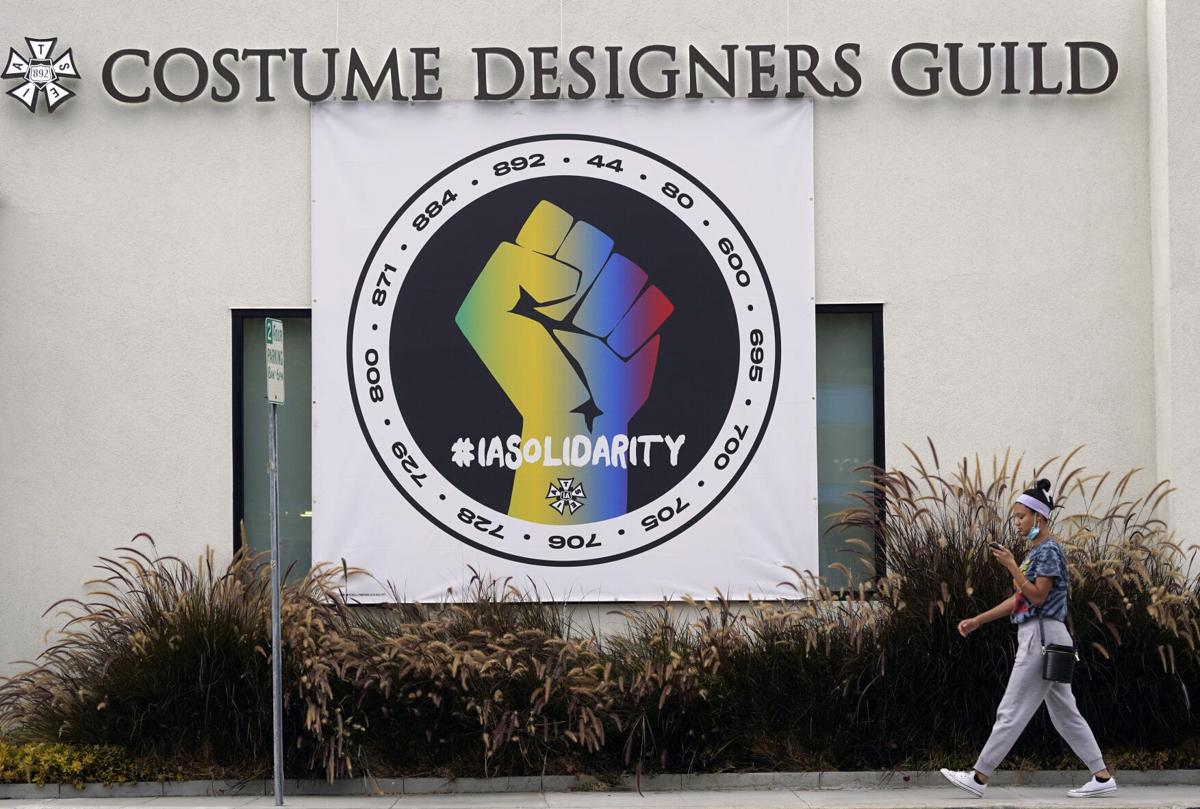 A woman walks past a poster advocating union solidarity in front of a Costume Designers Guild office building, Monday, Oct. 4, 2021, in Burbank, Calif. The International Alliance of Theatrical Stage Employees (IATSE) overwhelmingly voted to authorize a strike for the first time in its 128-year history. (AP Photo/Chris Pizzello) 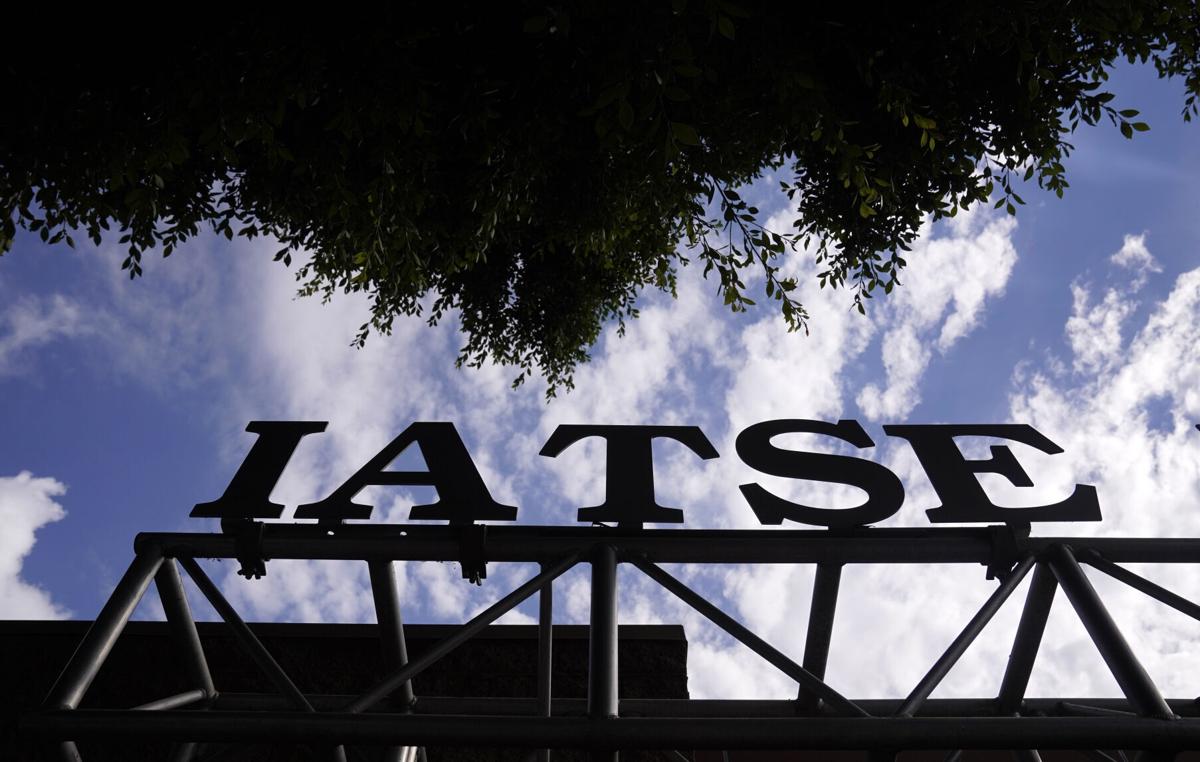 A sign in front of an office building for The International Alliance of Theatrical Stage Employees is pictured, Monday, Oct. 4, 2021, in Burbank, Calif. The IATSE overwhelmingly voted to authorize a strike for the first time in its 128-year history.(AP Photo/Chris Pizzello)