There's something about being locked down that brings out the creative soul in some people.

That art poured from the depths of their complicated lives. Both men have created stunning paintings and drawings. Both also committed serious and significant crimes.

Their art will be exhibited during Lincoln's First Friday Art Walk at G Dobos Studio, upstairs in the Mission Arts Building. The display is a continuation of the annual “Art From the Inside" show, this one by people incarcerated at the Omaha Corrections Center and the Lancaster County Jail.

Vallecillo-Sanchez questions his existence and describes the fatiguing effects incarceration has on family in “Buried In Life,” an autobiographical piece.

An opening reception for "Art From the Inside," the second annual show of artwork made by inmates, will be noon to 7 p.m. Friday at G Dobos Studio, Suite 7, on the second floor of the Mission Arts Building, 124 S. Ninth St.

The work can be viewed in September by appointment. Contact Geraldine Dobos at dobos.geraldine@gmail.com or 402-304-9295.

The artist, who was living in Omaha at the time of his crime, picked up his creative practice after being sentenced 10 years ago. With little money for supplies, he has made his paint out of a type of oil pigment mixed with cooking oil, water and sugar for a binder, said Geraldine Dobos, who sponsors the artists at her studio.

Reyna Vallecillo, his sister, said he has also used coffee, mustard, toothpaste and other foods.

"I don't know how he does it, but he doesn't have the money to buy the colors," she said.

His talent emerged in prison, she said. Before, he couldn't draw or paint. But in prison, he told his sister, the paintings just came to him, like a figure in the dark, and then something moved his hand as he painted.

In an essay that accompanies "Buried In Life," he says his 10 years without freedom is the "closest thing to death" and he describes living in a cemetery far from civilization with only other prisoners for company.

‘Really, really ambitious project’ — Two-story Lincoln mural to tell story of loss, life and culture during the time of COVID-19

Vallecillo-Sanchez arrived in Omaha in 2006 and by 2009 was sentenced to 40 to 60 years for first-degree sexual assault of a 14-year-old girl and stealing a painting of the Virgin Mary from St. Cecilia Cathedral in Omaha to pay for an abortion for the girl. She did not get the abortion because her pregnancy was too advanced, according to newspaper accounts of the crime.

Greg Glass also began painting and drawing after he got to prison 20 years ago. He was sentenced in 1999 for the fatal shooting during an argument with Adolph Fentress Sr., a former employer, who co-owned Downtown Auto Sales in Omaha. He is serving 50 to 80 years for second-degree murder.

His paintings depict landscapes such as “Waterfall,” inspired by painter Albert Bierstadt, and others focus on memory and mindfulness. He uses pointillism, a technique of painting in which small, distinct dots of color are applied in patterns to form an image.

Glass is more or less self-taught, said his sister Tina Youngblood. Since he began, though, he has produced probably more than 100 pieces. He's done work for other inmates as well, including portraits they can give to their families.

She said when he sleeps, things come to him in visions and dreams that he must then draw and paint.

He's ambitious, she said about her brother. He's enthusiastic and caring, and he has a plan for his life. He wants to work, potentially start his own business and continue his art, potentially digital art, she said. He would also like to teach art to other inmates.

At the First Friday show, there also will be several pencil drawings from Alan Dickey, who contributed graphite designs from time spent in the Lancaster County Jail. There also will be an essay and haiku from Robert Heist II, who has helped coordinate the art projects from inside.

Nebraska prison overcrowding is the annual theme of the art exhibition. The artwork reflects the personal and family impact of incarceration and overcrowding.

When he started the fledgling project last year, Heist was at the Tecumseh State Correctional Institution and was able to find five inmates willing to submit work. He learned, he said, it's the little things people do for each other that can change lives, sometimes in significant ways.

This year Heist is at the Omaha Corrections Center and it was harder to find those artists-at-heart, Dobos said.

It's difficult for someone trying to coordinate the project, to communicate with the inmates about the show and to coach them continuously about getting things ready to display, she said. It's hard to pull it together, she added, because every prison has a different way of operating.

"And then, of course, when you're working with inmates, they might have work (but) they're not very confident and it takes a lot of coaching to get the piece," she said.

Photos: Art From the Inside

The Lied Center for Performing Arts has presented a series of dance recitals for local studios with some of the performances bringing in more than 500 people.

Of 453 tests administered this week, 82 were positive so far. A handful of tests are still outstanding.

UNL's director of opera had to find a way to get his students back on stage. However, doing so in a stuffy auditorium was not going to happen anytime soon. 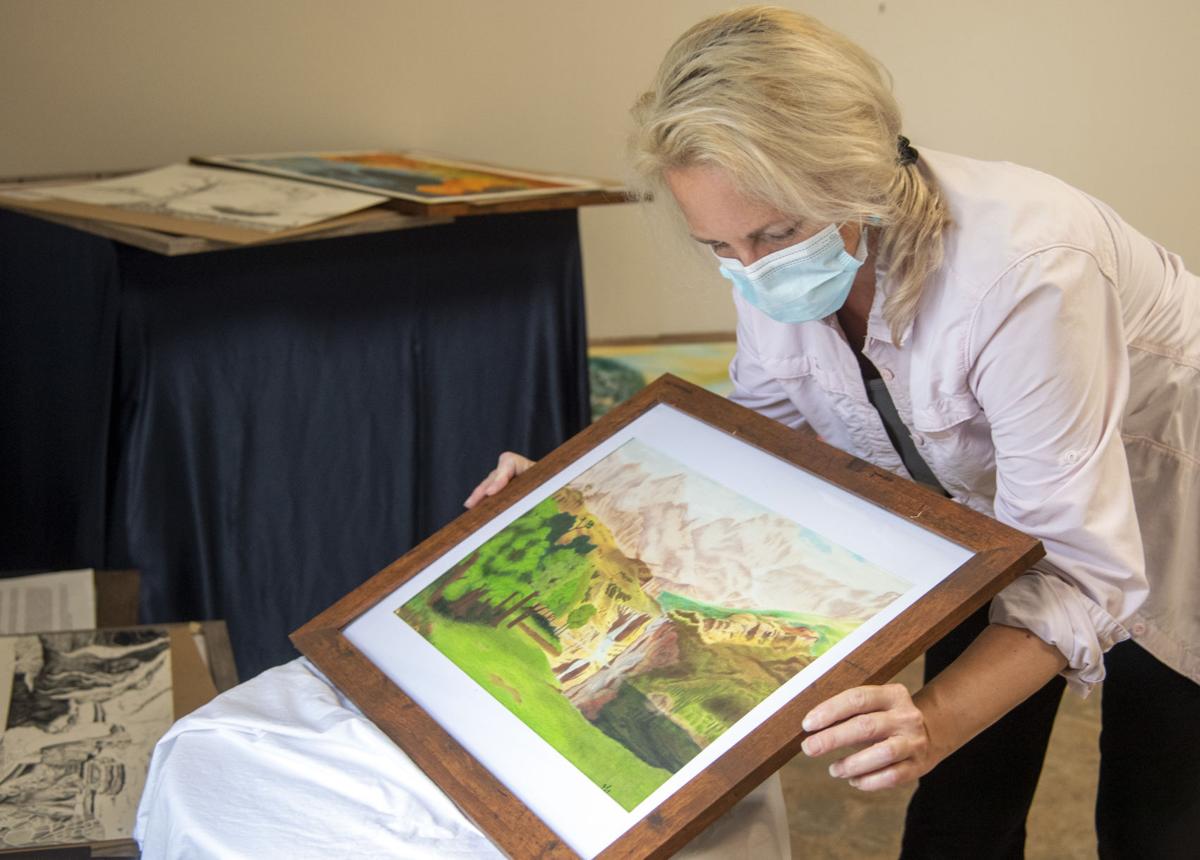 Geraldine Dobos frames a painting by Greg Glass on Tuesday at her studio. She is sponsoring a First Friday show at her studio in the Mission Arts Building for artwork created by inmates. 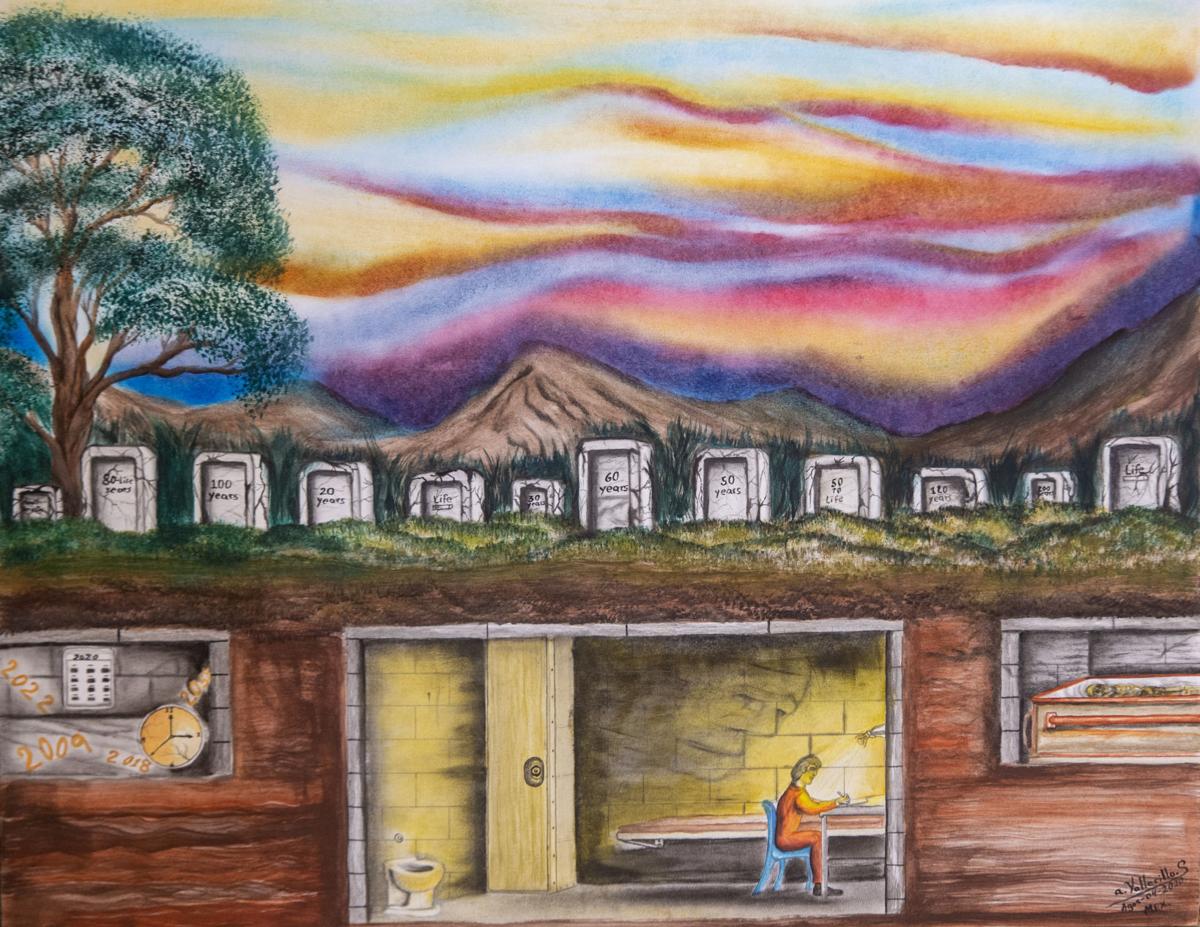 "Buried In Life," a painting by Aurelio Vallecillo-Sanchez, will be displayed during Lincoln's First Friday Art Walk at the G Dobos Studio in the Mission Arts Building, 124 S. Ninth St. 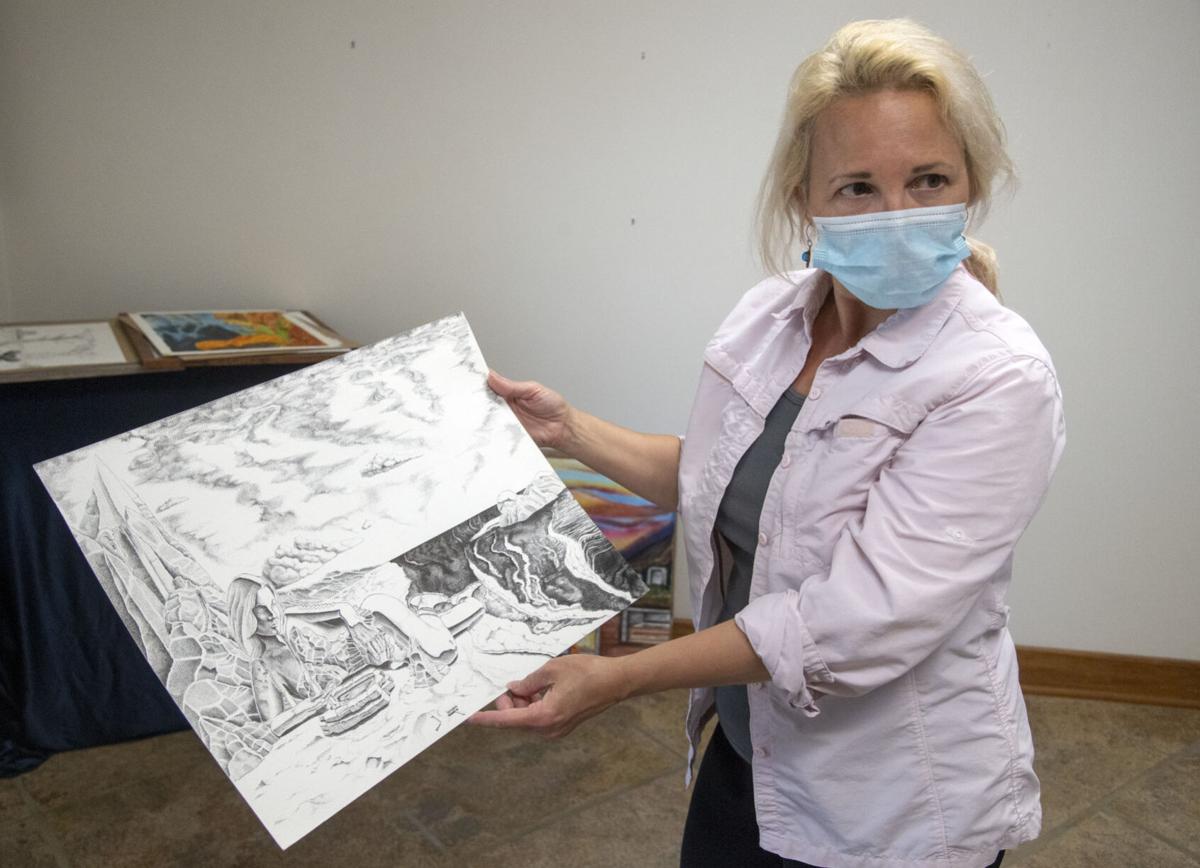 Geraldine Dobos talks about a drawing by Greg Glass during an interview Tuesday at her studio. She is sponsoring a First Friday show at her studio for artwork created by inmates.