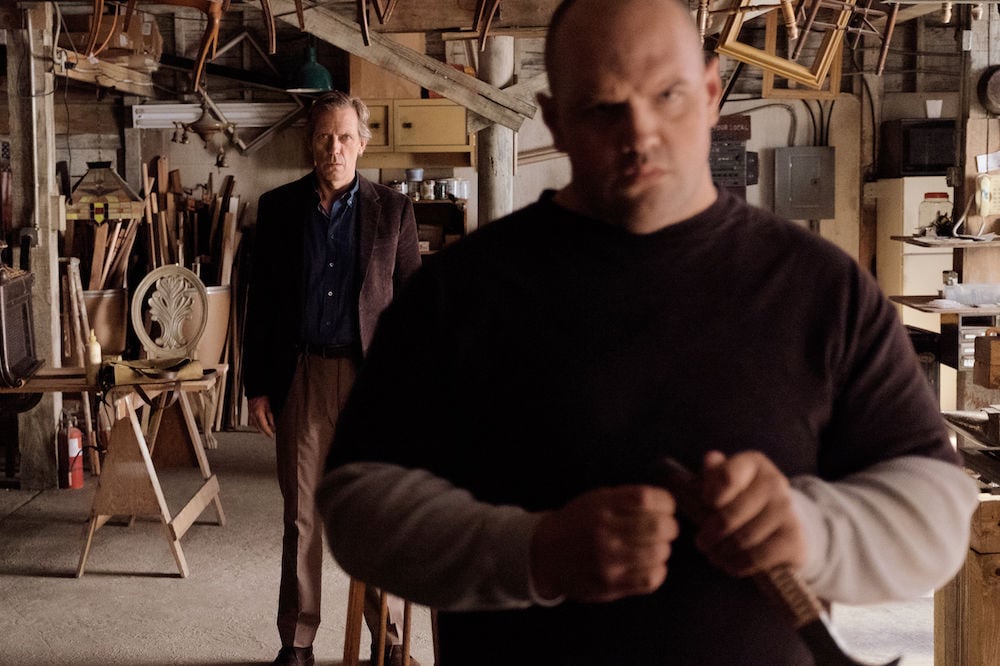 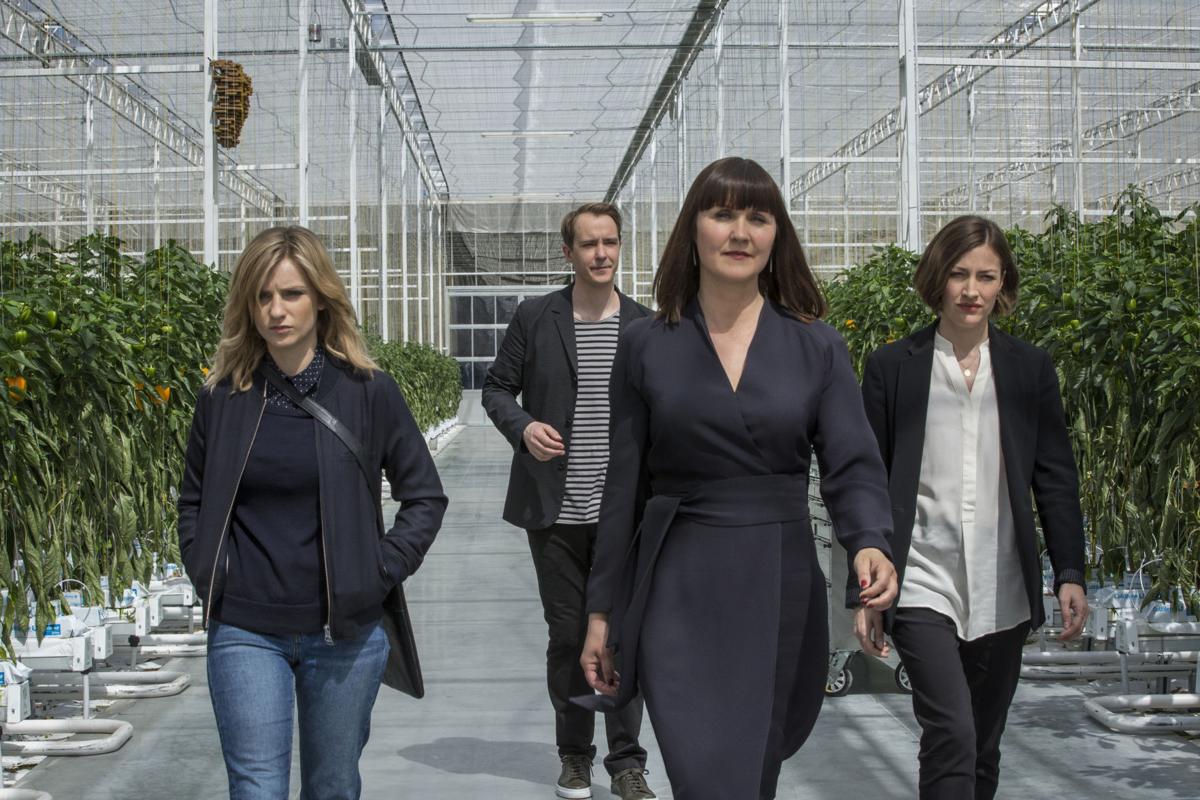 Faye Marsay (far left) and Kelly MacDonald (far right) play detectives in one of the third-season episodes of "Black Mirror" on Netflix.

I’m guessing it’s no coincidence that Hulu and Netflix are releasing their original series a couple of weeks before Halloween. These are not of the horror/slasher variety, but rather suspense thrillers, which, in my opinion, often are scarier than Jason Voorhees wielding an axe.

Here’s my rundown of the two:

“Chance,” Hulu, streams weekly beginning Wednesday. Hugh Laurie (“House”) is a doctor again, but this time he’s a neuropsychiatrist in San Francisco in the thriller based on Kem Nunn’s acclaimed novel.

The 10-episode series has a crime noir feel to it, with Gretchen Mol (“Boardwalk Empire”) playing the femme fatale who walks into Dr. Eldon Chance’s (Laurie) office claiming to suffer from a multiple personality disorder. She’s also terrified of her abusive cop husband (Paul Adelstein, “Scandal”).

Chance, who is going through a rough divorce, finds the new patient alluring and becomes hell-bent on helping her. Add to that his new acquaintance with Ethan Suplee’s (“My Name is Earl”) baddie, who is as adept with his fists as he is at mettalurgy, and the good doctor quickly finds his life spiraling out of control.

Laurie is very un-House-like here, playing Chance as timid, unsure and unstable, which led me to believe some of what Chance is experiencing may not be real. His performance is quite a contrast to the cocky, obstinate House or to the menacing arms dealer he played in this summer’s hit, “The Night Manager.” The change here shows off his versatility as an actor.

“Chance” is paced extremely well, building with tension from the outset. It’ll hook you, then surprise you. Grade: A

The third season picks up right where the the other two left off, with more suspenseful tales “exploring themes of contemporary techno paranoia.” As fans know, you will want to rid yourself of laptops, smartphones and pretty much anything with a remote control after watching these. They are very “Twilight Zone”-like, only there’s no Rod Serling moralizing for us before and after. Instead, we’re left with our own thoughts.

I checked out “Hated in the Nation,” directed by James Hawes, who uses the alarming decrease in the world’s bee population as the jumping off point. The episode features Scottish actress Kelly MacDonald (“Boardwalk Empire”) and Faye Marsay as detectives investigating the murder of a much-hated newspaper columnist. You’ll witness how murder and bees intersect. It’s a real “buzz kill.” Grade: A.

Jeff Korbelik: Running down the latest in TV news

As we settle in for Sunday night's seven season premiere of AMC’s “The Walking Dead” and finally see who the drama’s new villain, Negan, intro…

Jeff Korbelik: 'People of Earth' is a refreshing change of pace

TBS is home to the quirky comedies, ranging from “Wrecked” about a madcap group of plane crash survivors to “The Detour” about a family vacation.

"Sharknado 2: The Second One" Official Trailer

Faye Marsay (far left) and Kelly MacDonald (far right) play detectives in one of the third-season episodes of "Black Mirror" on Netflix.