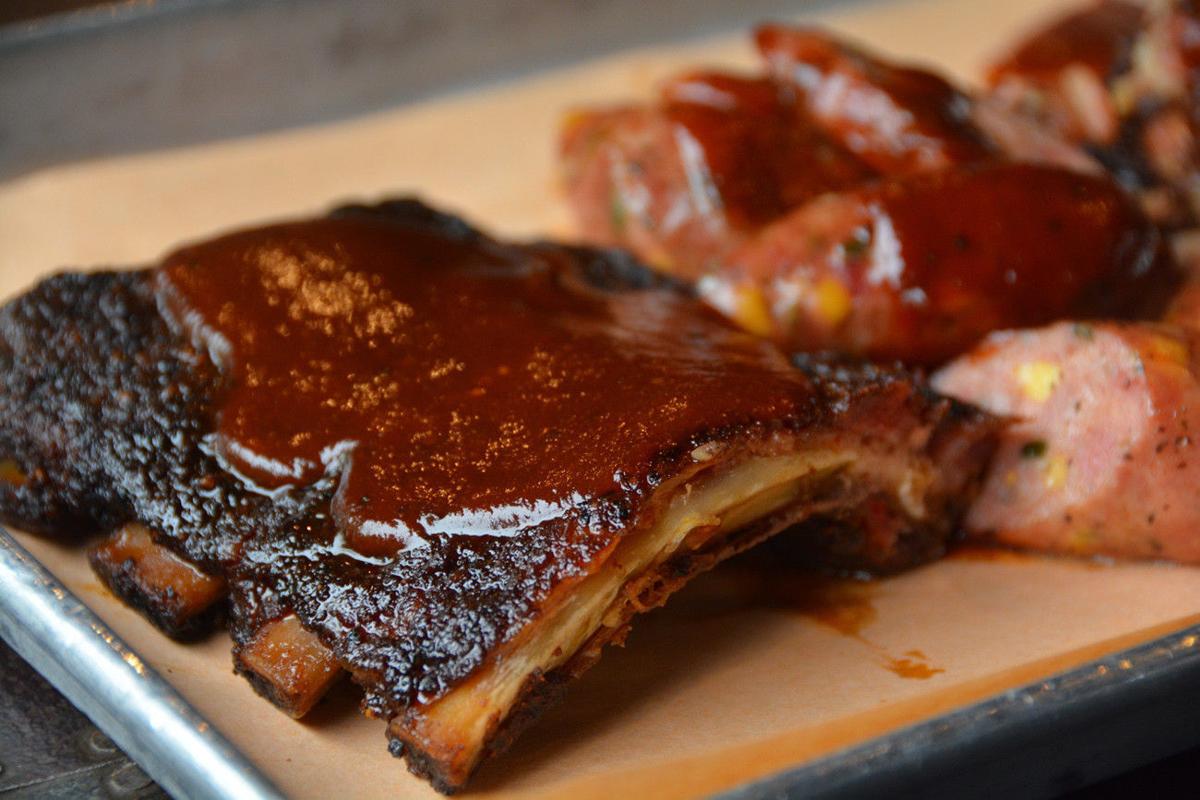 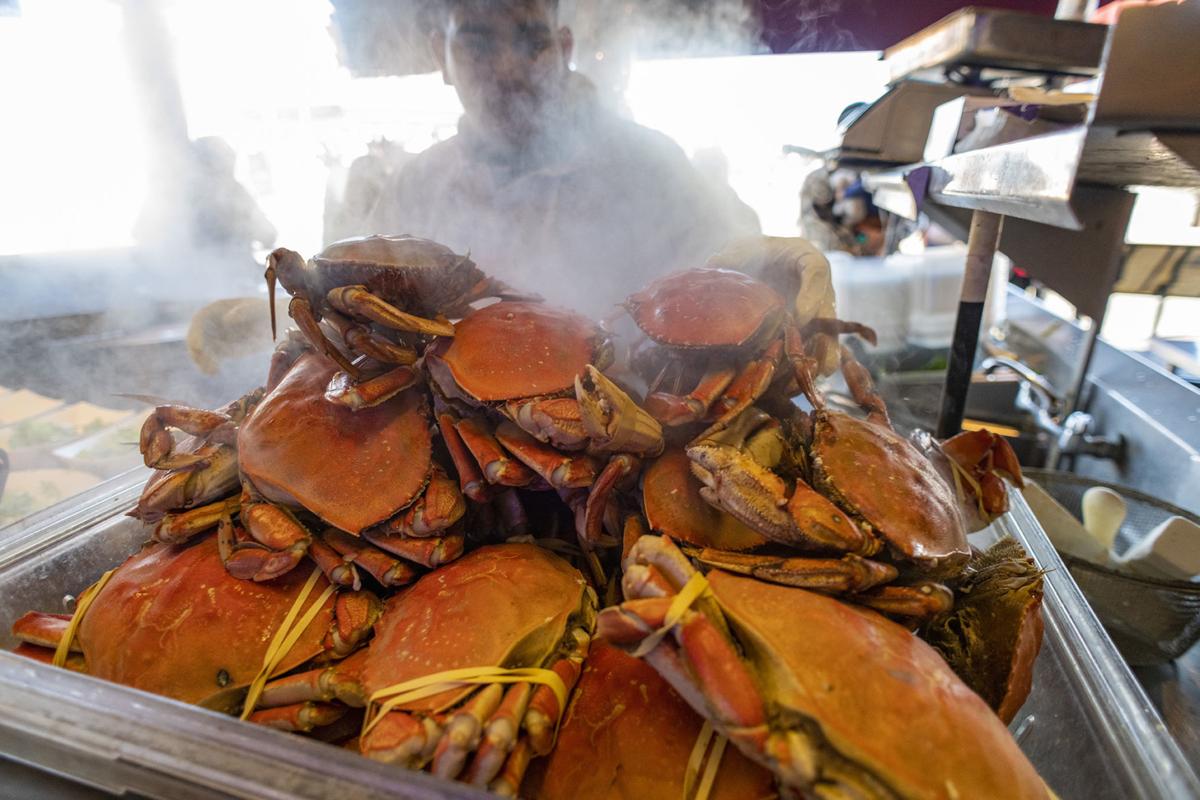 Freshly cooked Dungeness crabs are seen at a restaurant in San Francisco. 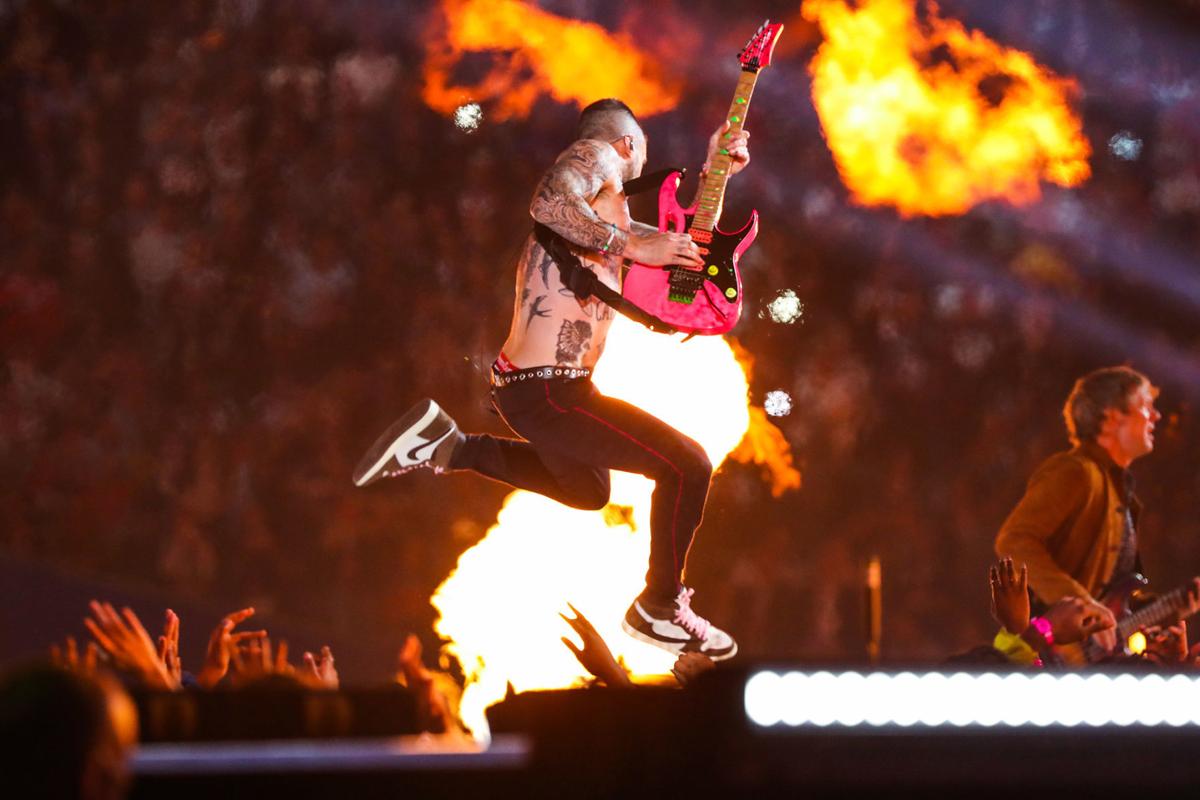 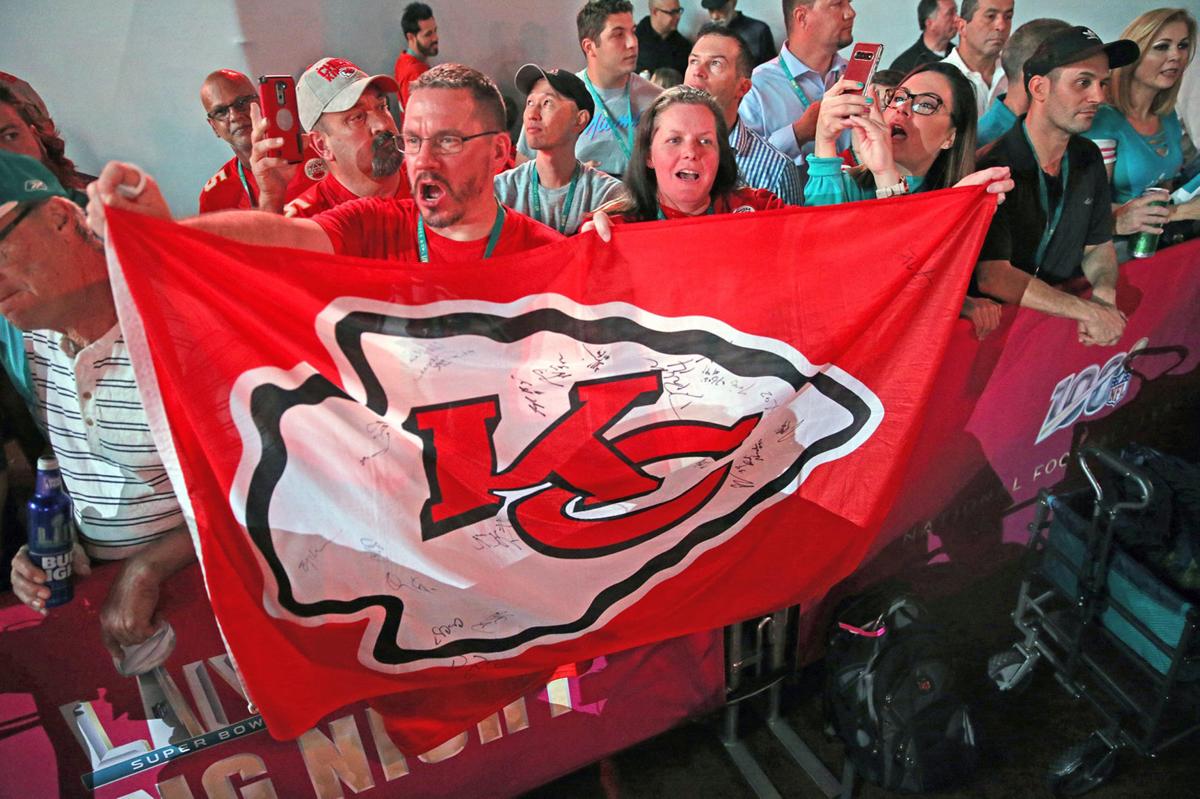 Kansas City Chiefs cheer as their team took the stage during the Super Bowl Opening Night, Monday at Marlins Park in Miami. 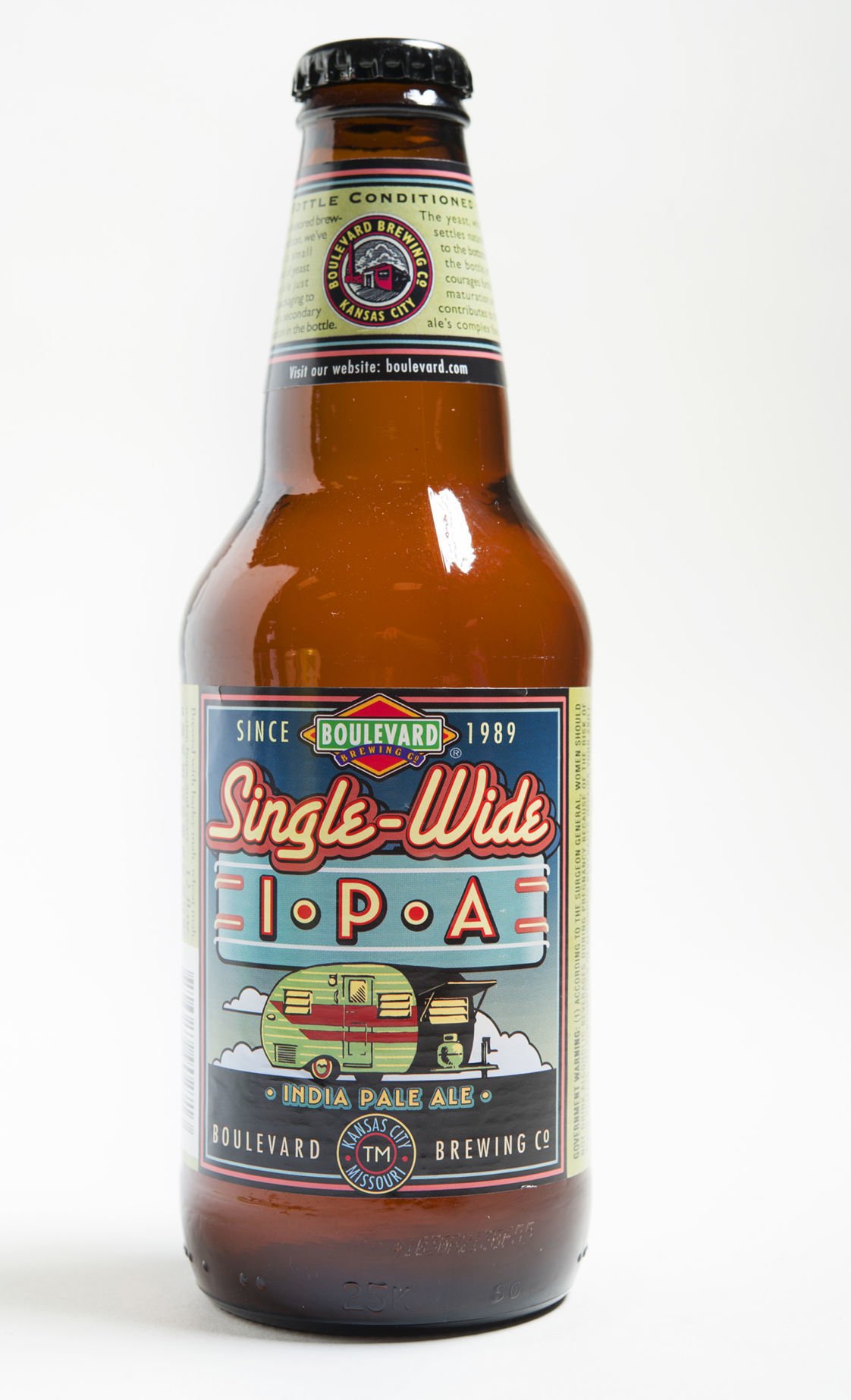 Boulevard Single-Wide IPA is one of the many beers the Kansas City brewery boasts. 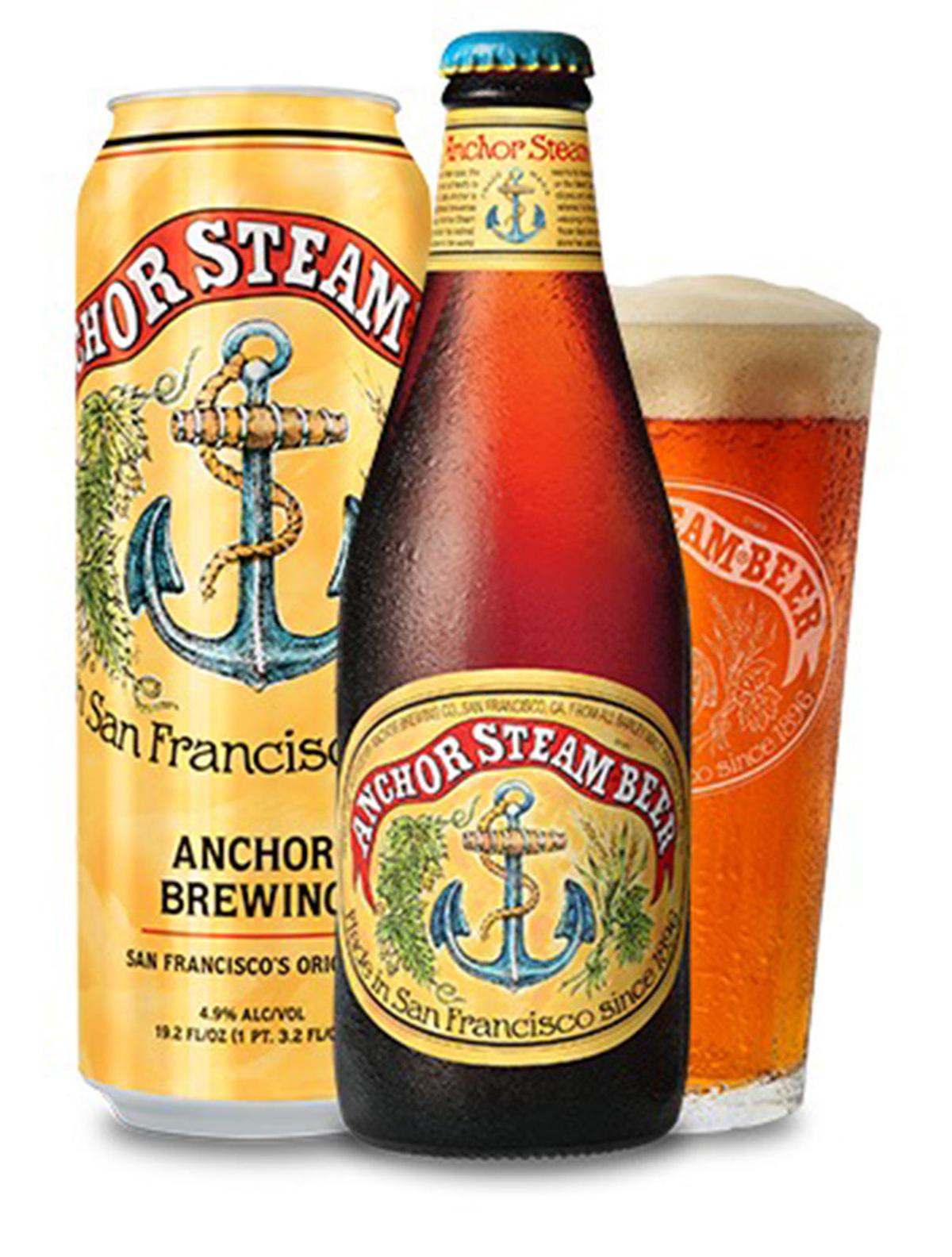 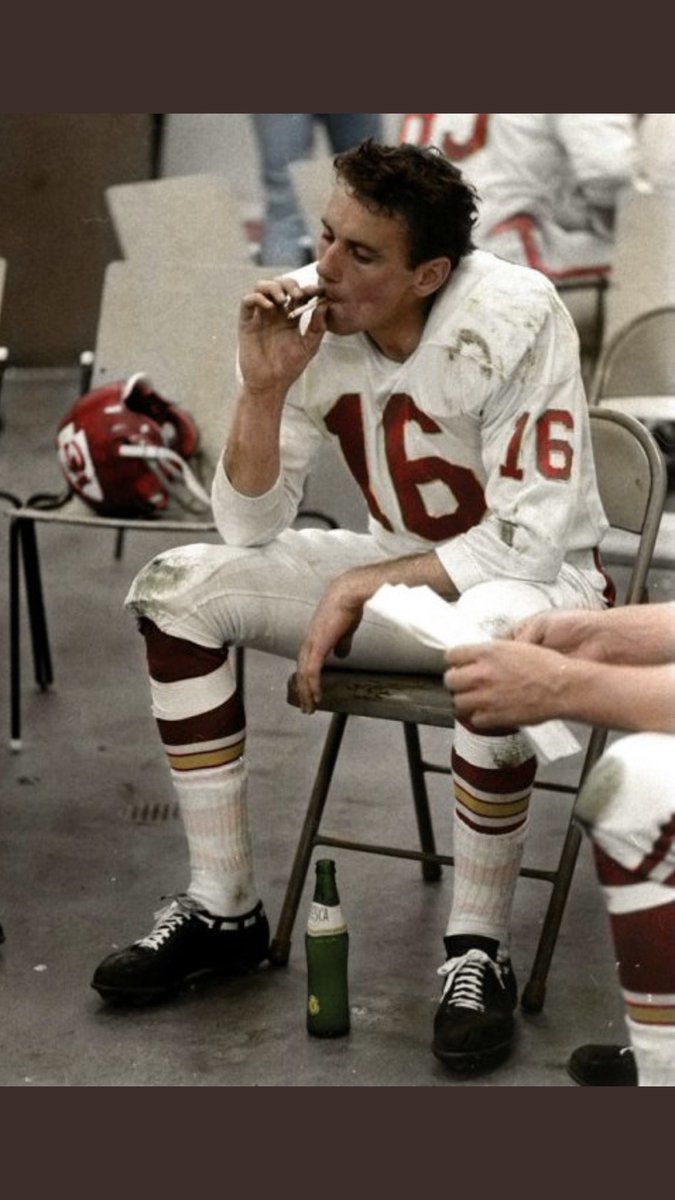 Fifty years ago, the last time the Chiefs made it to the Super Bowl, Hall of Fame quarterback Len Dawson relaxed at halftime with a smoke and a Fresca. Safe to say times have changed.

Super Bowl Sunday is America's day, a national treasure. It's the one day we can (and sometimes do) put aside political differences and come together to celebrate something that is uniquely ours.

And as such, it should be labeled as a national holiday, with post Super Bowl Monday, the day off. Heck, wouldn't you happily give up President’s Day for that?

That’s not likely to happen any time soon, at least not this Sunday when the San Francisco 49ers and Kansas City Chiefs match up in Miami for a game that will have the largest viewing audience of any televised event this year.

What will take place, however, are parties, large and small, that will start  in the middle of the afternoon and run late into the night.

Monday be damned. We'll see who answers the bell to start the work week. The game and all of its trappings takes precedence.

That said, to get you ready, here are our tips for the perfect 2020 Super Bowl party:

Super Bowl LIV will kick off in Miami’s Hard Rock Stadium at about 5:30 p.m. Central Sunday. So get the party started between 3 p.m. and 4 p.m. That’s enough time to stow away food and drink before the game starts -- not that the football matters all that much to a lot of folks who’ll be “watching” the game.

That varying level of interest in the game itself leads to a suggestion -- have at least two televisions tuned in to the game -- which will be broadcast on Fox.

One of those TVs should be for the serious football crowd that wants to keep an eye on San Francisco cornerback Richard Sherman to see if he can shut down one of Kansas City’s speedsters.

The other TV, maybe in the spare bedroom or near the buffet spread, is for the more casual fans, that group as interest -- if not more interested -- in the commercials or halftime show (you can spot them by their incessant shooshing when there is no football actually being played).

When you think Kansas City, barbecue immediately comes to mind. Unlike some regions, KC barbecue specializes in brisket, pork and burnt ends, but doesn't limit itself from other meats like pork ribs, chicken and sausage. They're rubbed with spices, slow smoked and then covered with a thick, tomato-based sauce.

Lincoln barbecue is largely KC style. So smoke ‘em if you’ve got ‘em.

Or go to a local grocery store or barbecue restaurant and order the meat with no sauce. Then pick up some real Kansas City sauce. The safest is  KC Masterpiece, but the true Kansas City sauces from from Gates, the popular chain; Oklahoma Joe’s, the restaurant acknowledged as KC’s best BBQ; or, GZ’s fave, the legendary Arthur Bryant's, which had its original restaurant in the shadows of Memorial Stadium, the Chiefs' first home field.

You can go full on sides, with cole slaw, beans, potato salad, cornbread. But BBQ in its purest form really revolves around the meat.

If your tastes gravitate more to the Left Coast 49ers, the fare is crab -- more specifically dungeness crab. The most abundant California crab, it’s served on San Francisco famous Fisherman's Wharf and is a Pacific Northwest delicacy, with meat that has been compared to Maine lobster, but more tender.

Dungeness crab can be found in some Lincoln markets. If you want to buy a bunch, serve it steamed and dipped in melted butter. Or, you can get a few and put in your favorite seafood-based salad, a pasta dish or crab cakes.

And be sure to get some sourdough bread. French bakers brought sourdough to Northern California during the Gold Rush of 1849, from which the 49ers get their name -- and the team mascot, Sourdough Sam.

“With our hometown football teams headed to the Big Game, we challenged our friends at @21stamendment to a little wager,” Boulevard writes on Twitter. “The loser will send the other brewery some beer, but more importantly, will donate $1,000 to a local charity of the winner's choice (ours is @vcp_hq). We can't wait to see the championship come back home to the kingdom!”

Those would be fine beers for the party -- and multiple styles of Boulevard beers are plentiful in Lincoln. We’re not sure if there are any 21st Amendment brews available anywhere in the Capital City. So substitute the beers from Anchor Brewing, an historic San Francisco brewery since 1896. We recommend Anchor Steam.

We were going suggest taking a drink every time Fox play-by-play announcer Joe Buck said something stupid or color commentator Troy Aikman said something obvious. But everyone would be hammered before the end of the first quarter.

So we’re going to do a shot -- Jello shots are a fun and delicious alternative -- for each touchdown and a beer for each field goal. Be forewarned: Kansas City is capable of going crazy and putting up five or six TDs. But we’re looking for a closer, lower-scoring game -- so five or six drinks over five or six hours, no problem.

If, by some chance, you don’t follow the NFL, America’s most popular sport, and don’t know much about Super Bowls past -- here are some game-related conversation starters that you can drop, then get out of the way as the “experts” weigh in:

“Isn’t it great that Brady and Belichick are nowhere near this game? Too bad for the Patriots couldn’t cheat their way into another Super Bowl.”

“Did you see the old picture of (Chiefs quarterback) Lenny Dawson having a smoke and Fresca at the halftime of the first Super Bowl? The game has really changed since 1967. Can you imagine Patrick Mahomes pulling out a cigarette in the locker room today.”

And its corollary: “It’s pretty amazing that the Chiefs haven’t won a Super Bowl in 50 years.”

“There are all kinds of Nebraska connections to the 49ers -- former Husker running backs Roger Craig and Tom Rathman were stars on San Francisco’s Super Bowl winners in the 1980s, and Rathman coached the Niners running backs until Kyle Shanahan took over in 2016. Even Scott Frost has a San Francisco connection; he was recruited to Stanford by Bill Walsh, the legendary 49ers coach.”

The Super Bowl halftime show the most-watched musical event of the year -- every year and often has higher viewership that the game. The best show of all, in our view, was Prince playing in a downpour in Hard Rock Stadium in 2007. “Purple Rain,” indeed.

This year’s halftime show will feature Jennifer Lopez and Shakira. They’ve been sharing on social media -- sort of -- hinting that there will be lots of “bling” but divulging few details of what the show will entail. Look for lots of hip-shaking and a costume change or two in the 12- to 15-minute show.

The other Super Bowl “entertainment” offering is the National Anthem. This year, it will be sung by Demi Lovato, fresh off her stunning Grammy Awards performance. It will be signed by Christine Sun Kim.

Each 30-second Super Bowl commercial costs about $5.6 million. So it’s a serious ad buy even for the largest companies -- and so it has, over the years, led to some of the best, most innovative TV advertisements.

They used to come as a surprise during the game. But many of the ads are now previewed on online, which we think spoils the fun. So we’ve not watched any of them in advance and know nothing -- except Planters is going to kill off Mr. Peanut. That makes us very, very sad.

This day, however, makes us very happy.

Why British TV detectives are superior to their American counterparts

LOS ANGELES — If super-sleuth Jessica Fletcher decides to come out of retirement, she’ll have to brace herself for stomach-turning crime scene…

What's Coming and Going From Netflix in March 2020

From 'Ozark' to 'On My Block,' see what's new this month.

Here's a quick primer before you binge the series starring Al Pacino and Logan Lerman.

What's Coming to Amazon in March 2020

From Heidi Klum and Tim Gunn's 'Making the Cut' to 'Westworld' on Prime Channels.

Renewed TV shows 2020: Find out which series will return for another season

Get a full rundown of all of the series returning for new seasons this year.

The reimagining of Steven Spielberg's series drops on March 6.

History celebrates 25 years on air with the 'Washington' series

'The Man' is set to put her women's championship on the line against Asuka on 'Raw.'

Freshly cooked Dungeness crabs are seen at a restaurant in San Francisco.

Kansas City Chiefs cheer as their team took the stage during the Super Bowl Opening Night, Monday at Marlins Park in Miami.

Boulevard Single-Wide IPA is one of the many beers the Kansas City brewery boasts.

Fifty years ago, the last time the Chiefs made it to the Super Bowl, Hall of Fame quarterback Len Dawson relaxed at halftime with a smoke and a Fresca. Safe to say times have changed.