When Ben and Erin Schroeder pull into town and start another day at their veterinary clinic, it can feel like their television show “Heartland Docs, DVM’’ has never happened.

Like lots of other parents, they’ve had to wrangle two teenage boys out of bed and rush to get to work on time.

He’s still little Ben to the residents of Hartington, who knew his dad, who was also a vet. Sometimes they slip up and call him Dr. John. Erin is just the doc’s wife.

Then as the day goes by, a few cars driving through town will start to slow down to take pictures of the sign at Cedar County Veterinary Services.

“All of a sudden, we’ll get a carload of people from Michigan, and we’re movie stars,’’ Ben said.

The Schroeders laughed at that.

They love chronicling their adventures as veterinarians on “Heartland Docs, DVM.’’ The show can be found on Nat Geo WILD, the National Geographic cable channel, and previous seasons are available on Disney+.

But they also love that their life hasn’t changed dramatically since the program began three seasons ago.

They’ve gotten used to the two cameras taping everyone and everything that comes through the front doors of their clinic and the entourage of eight that follows them around when the show is filming.

To them, their life is still about raising a family, saving animals and renovating a building or two. Nothing out of the ordinary, or so they thought.

“When they first came to us about doing the show, we said we’re not that interesting of people,’’ Ben said. “We really aren’t. They said, ‘We are going to follow you around for a whole day, and there will be some interesting days.’ “

The producers were right. The Schroeders are proud of the fact that the guts of each animal’s story featured on their show is real. The “meat and potatoes,’’ Erin calls it.

Some small adjustments may have to be made while they narrate each segment.

Ben chuckled when he recalled the first time a cow charged him. The producers told him to feel free to react.

“I said, ‘Guys, do you want this to be real life? When a cow is coming at you, you don’t raise your voice and holler,’’’ he said. “I had to school them on how I really am. I’m not going to act and perform. They got that real fast. This must be a real show. It’s turned out pretty well for us.’’

The ever-changing cast of animals the pair treats provides all the drama they need.

With patients from a 300-mile radius of Hartington, they’ve featured more than 20 species on the show, ranging from kittens to painted turtles.

The rescue and return of a baby eagle blown out of its nest in a windstorm was one of their favorite episodes this season and has helped them develop even more of an appreciation of the challenges faced by wildlife, the couple said.

“There wasn’t a dry eye on the whole episode,’’ Ben said. “That was a good one. It was something very profound.’’

Erin said that with taping for a season usually taking six to seven months, and workdays typically lasting 12 hours, the crew sees them at their best and worst, both as a family and a couple. Sometimes, they say, that’s a five-star day and other times a one-star day.

Good or bad, she likes that they will have a chronicle of their sons Charlie, 17, and Chase, 15, who have been enjoying being more of a part of the show.

“It’s wonderful that the kids are in this with us. It’s the best time stamp ever,’’ she said. “We don’t have to piece this together. We have this amazing documentation of our lives.’’

It’s also given them opportunities they might not have had without the show. They had never taken the time to see the sandhill crane migration through central Nebraska until they filmed an episode for the show last spring.

They declined to say how much they make each season but said they are still working on saving enough for their sons’ college educations.

They appreciate that so many people are willing to be a part of the show. Clients who come in with an animal that needs help are often emotionally charged. But Erin said she’s been blown away by their eloquence and willingness to share their story.

A lot of people can relate to those tales, she said, and enjoy a glimpse of small-town America.

Although they don’t feel that there have been big differences in their lives since the show started, they have changed.

Being constantly followed and recorded has made them more mindful about everything they do, Erin said, instead of looking ahead to the next thing. No thinking about making dinner while she’s working.

“You have to stop and be attentive,’’ she said. “It definitely comes through. You can see that when you see the things you film. We’ve gotten a lot better about taking a breath and enjoying it.’’

Clients tease Ben that the show makes him look like such a nice guy.

He didn’t realize that he cried as much as he does, he said, but his emotions are part of the show’s charm. Their story is the story of every veterinarian.

“I think people like that we’re real people and we care about our job enough to tell the real story,’’ he said.

MOVIES YOU DIDN'T KNOW WERE FILMED IN NEBRASKA

Spring TV: Shows to watch, try and avoid this season

Caught up on all your winter binge watching yet? Because spring is here and it’s brought a whole new collection of shows.

A new threat unites Federation and non-Federation worlds in the upcoming season of the Paramount+ series.

To play Franklin Roosevelt in “Atlantic Crossing,” Kyle MacLachlan could have looked at dozens of award-winning performances. Instead, he leaned into Ken Burns’ documentary on “The Roosevelts” and pored over Doris Kearns Goodwin’s biography.

Kate Winslet finds way into 'Mare of Easttown' through the accent

Kate Winslet obsessed over water while making “Mare of Easttown.” 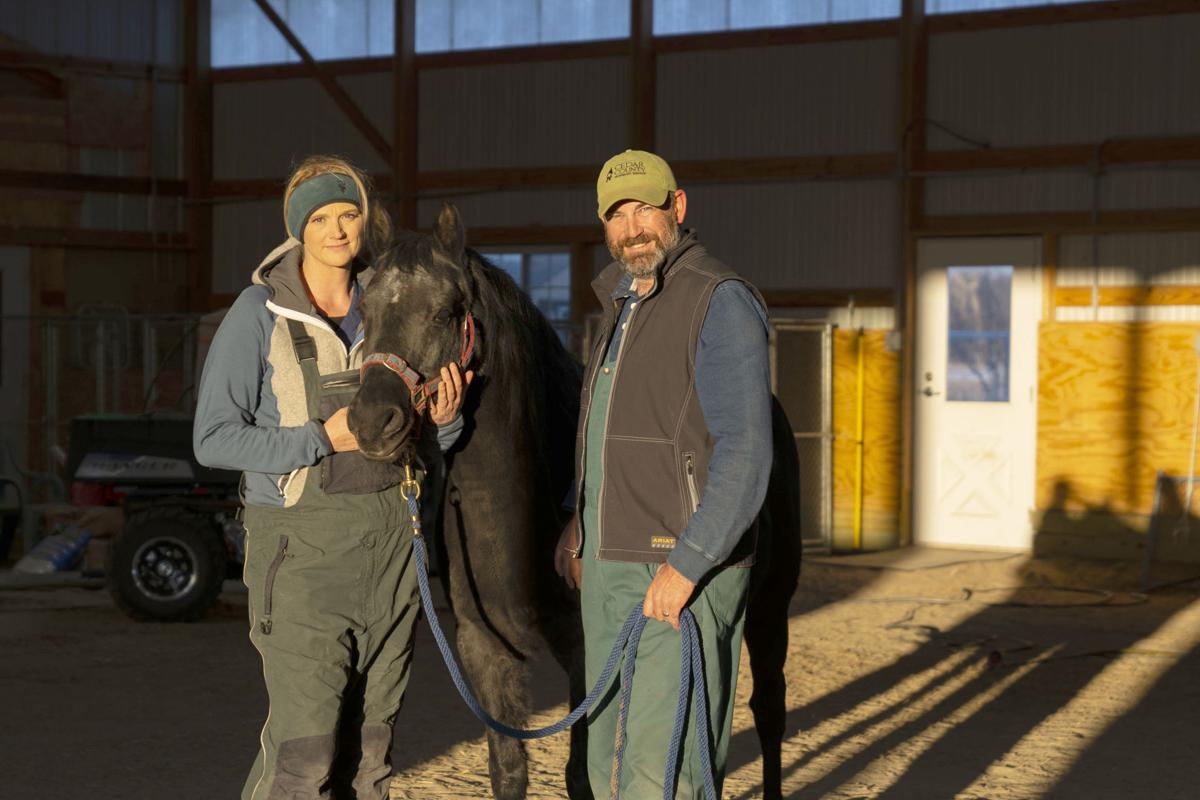 Erin and Ben Schroeder with Summer after she was treated. The Hartington couple have an entourage of eight following them around while taping their reality show, “Heartland Docs, DVM,” which takes six or seven months for each season. 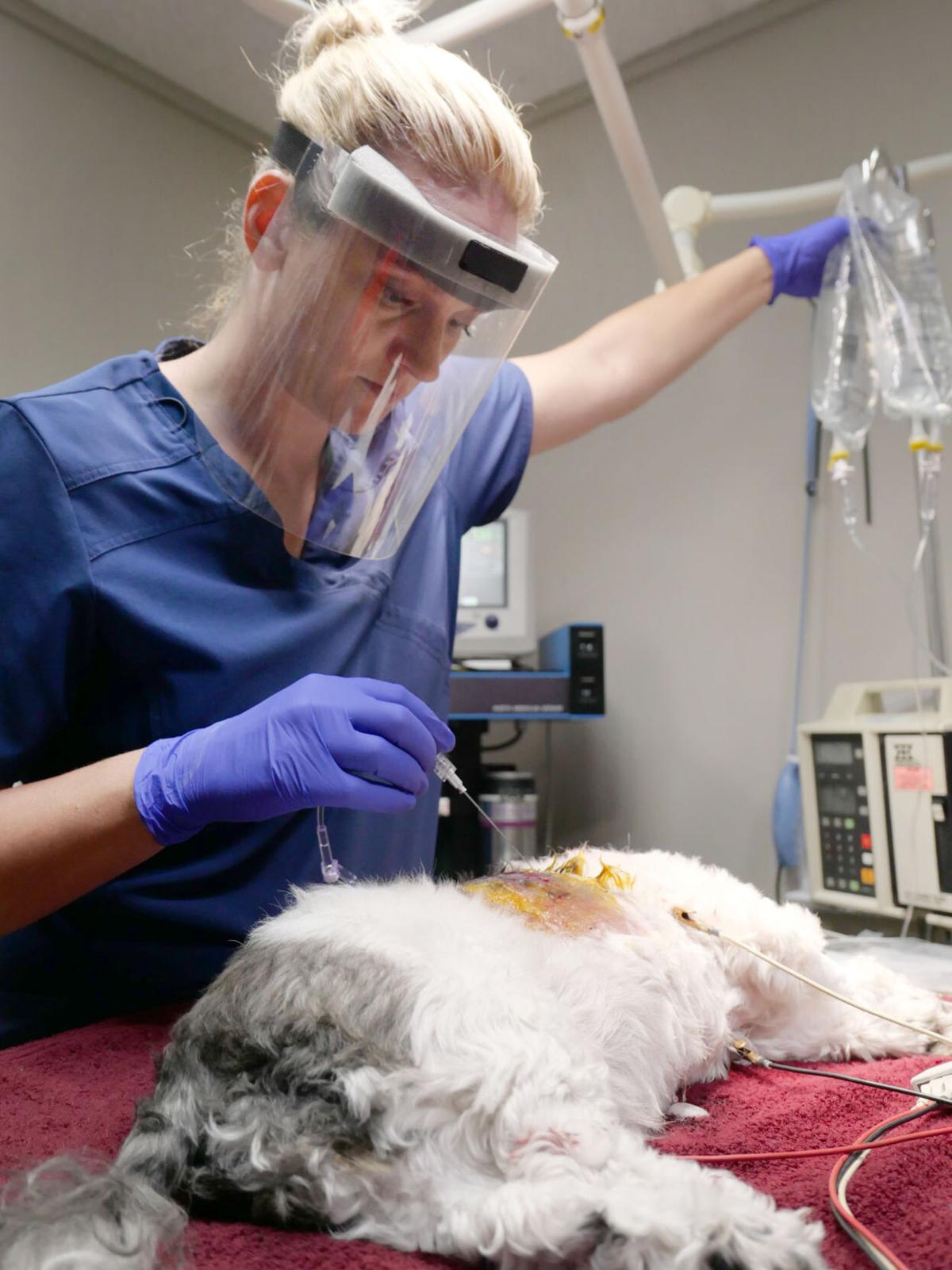 Dr. Erin Schroeder cleans the wound of one of her patients. 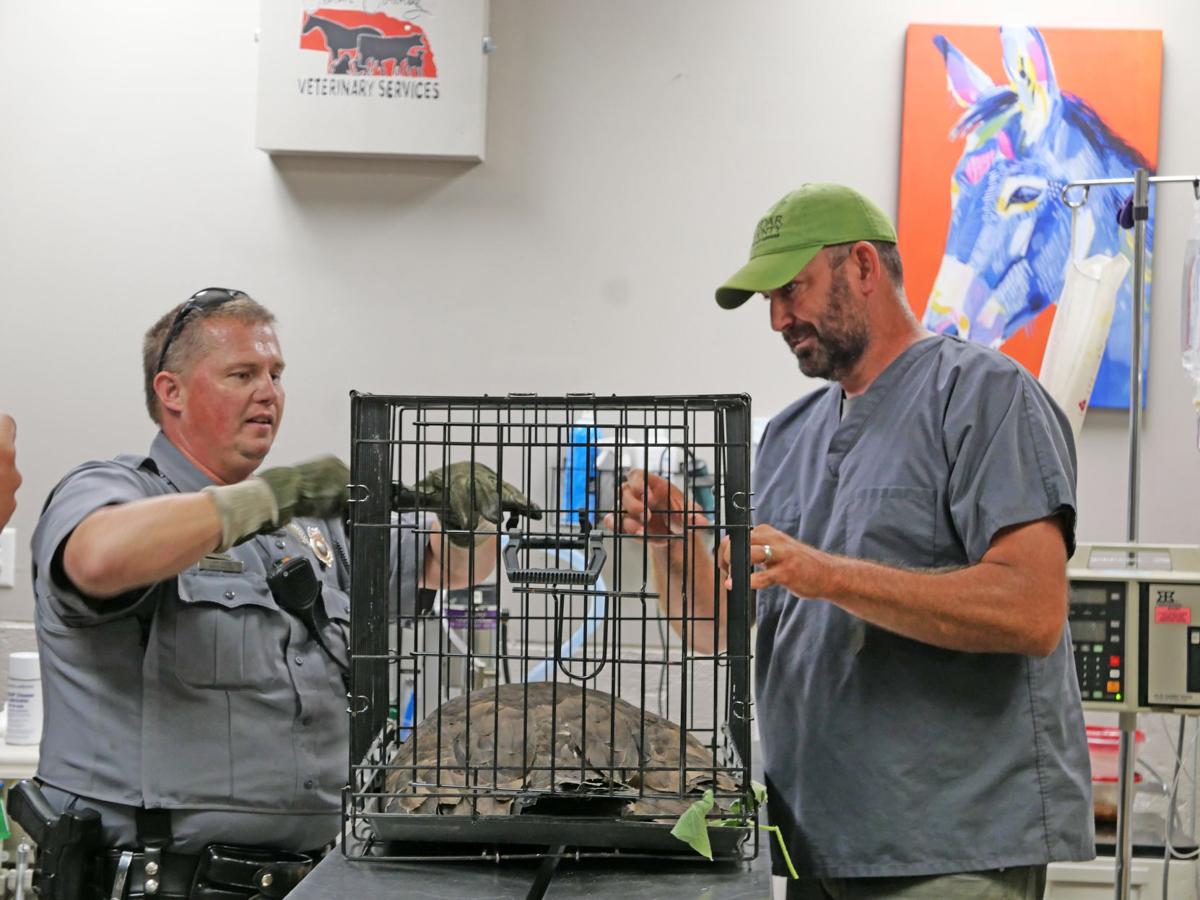 An overheated eagle arrives at the clinic. The Schroeders have treated more than 20 species on the show. 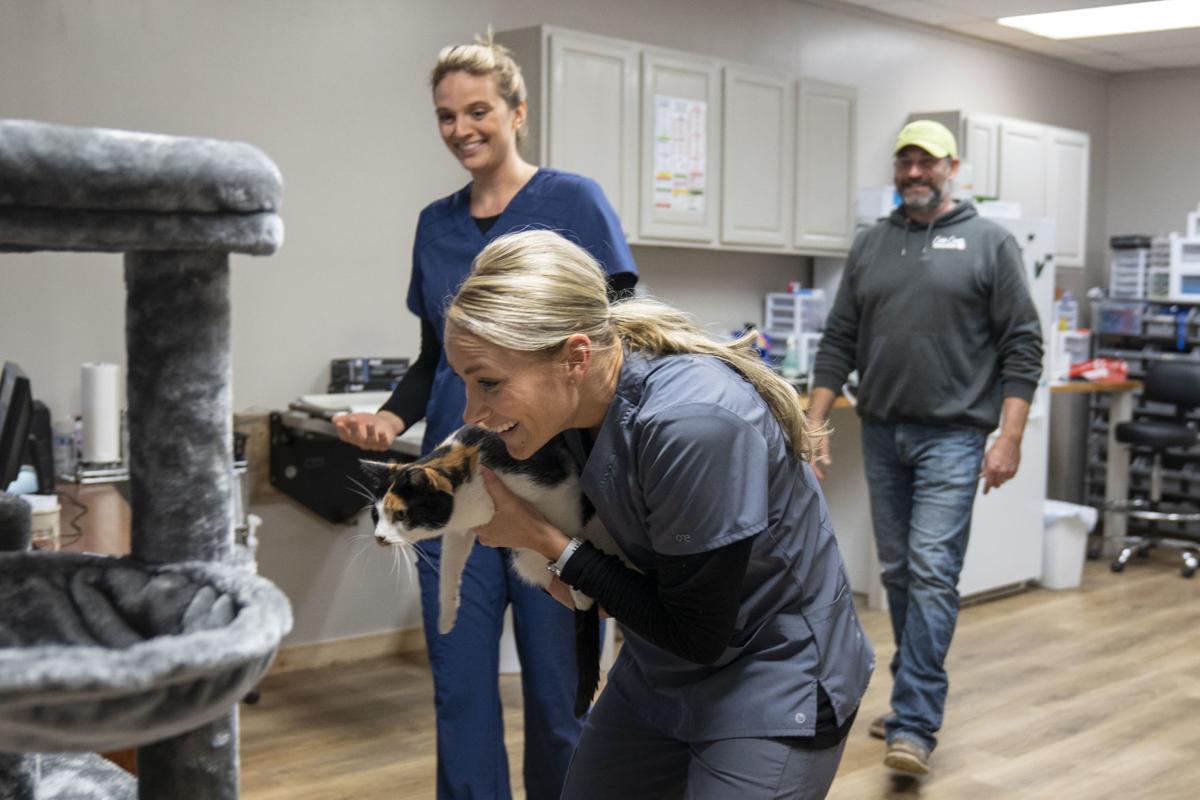 The Cedar County Vet staff introduce Doris to a new cat stand that will keep her from exploring the ceilings at the clinic. The Schroeders say clients have been great about sharing their stories. 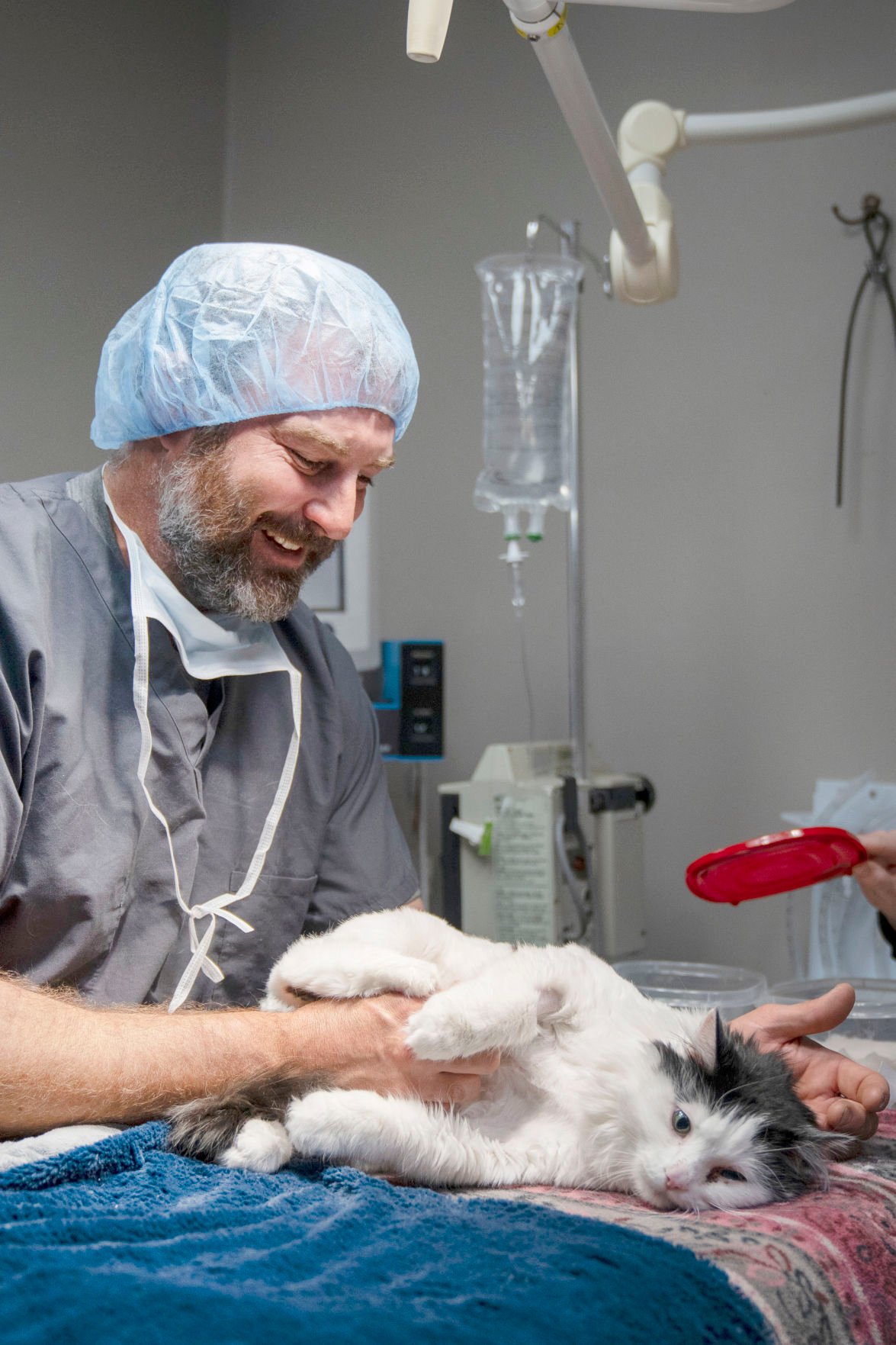 Dr. Ben Schroeder examines a cat at the clinic. “I think people like that we’re real people, and we care about our job enough to tell the real story,’’ he said. 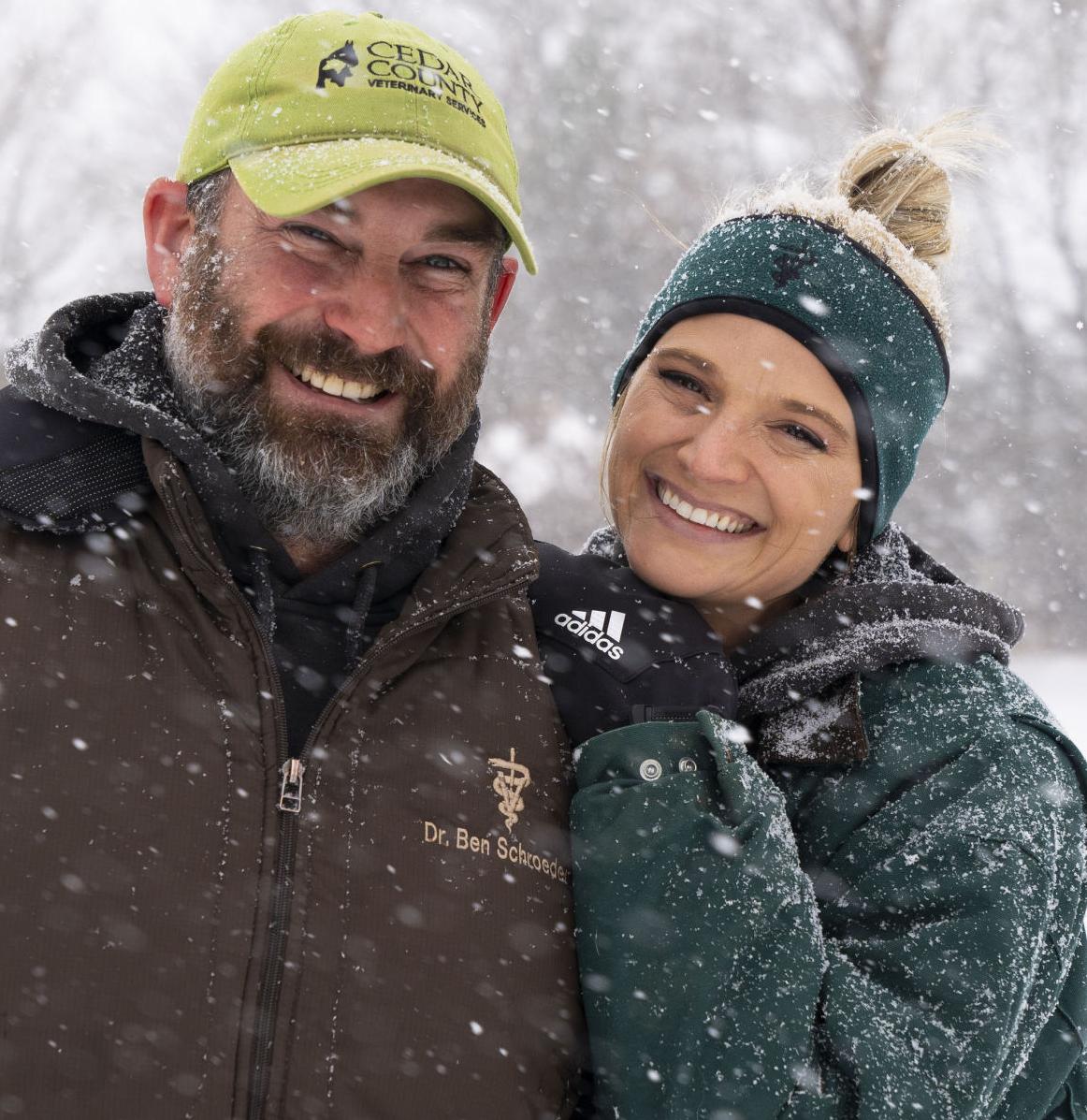 Drs. Ben and Erin Schroeder in Hartington, Nebraska. They say being stars of a television show hasn't changed their life dramatically.