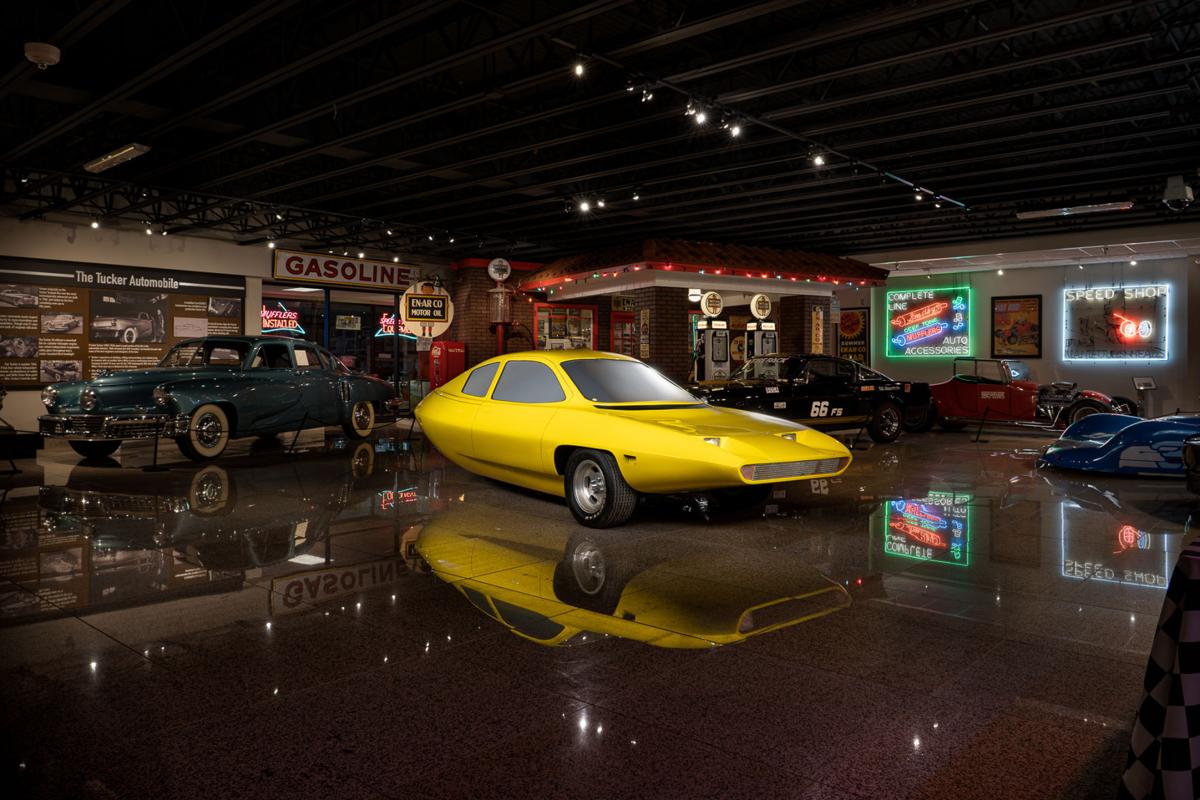 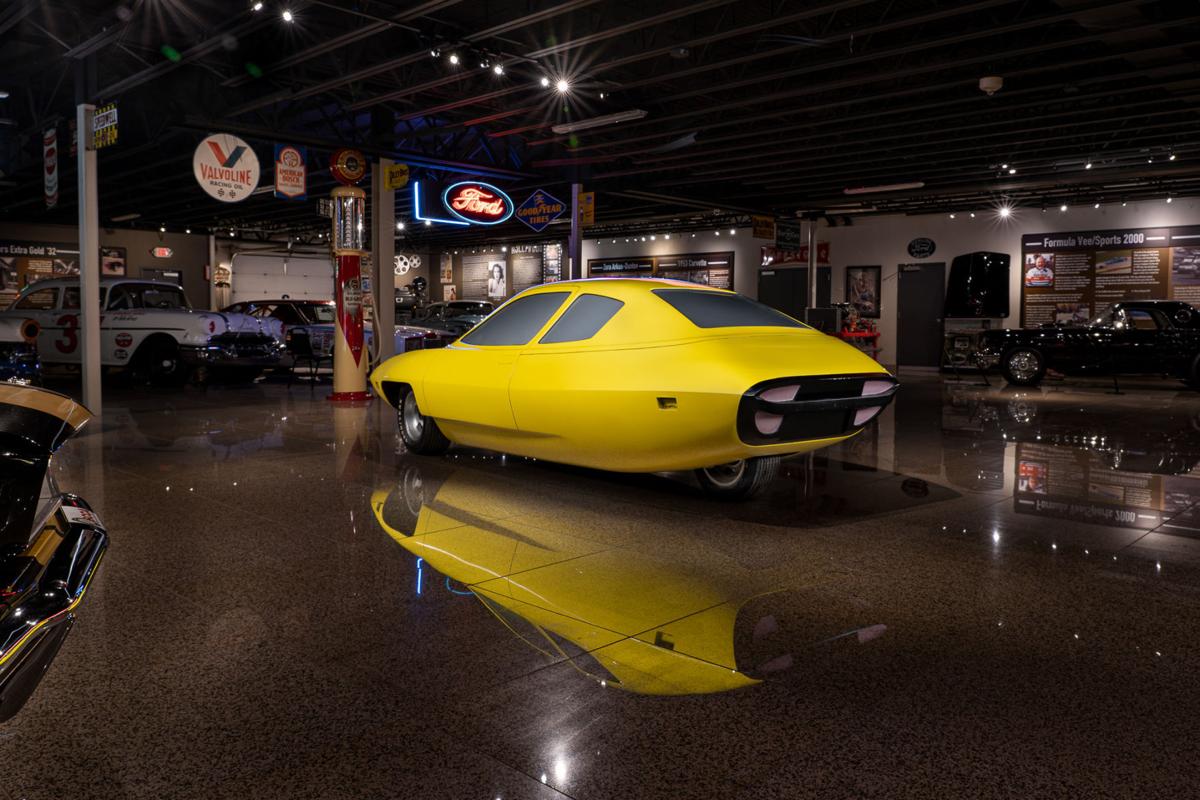 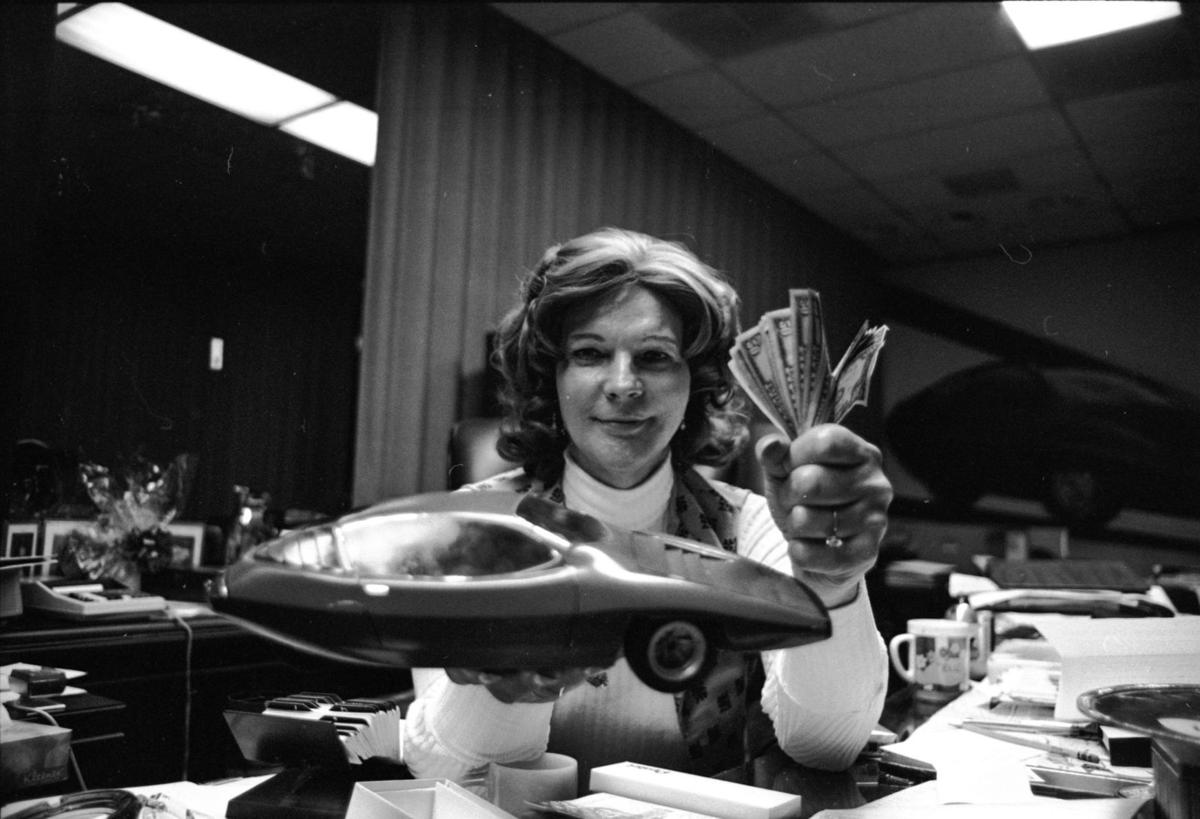 Elizabeth Carmichael, founder of the Twentieth Century Motor Car Corp. and its much touted vehicle, the Dale. 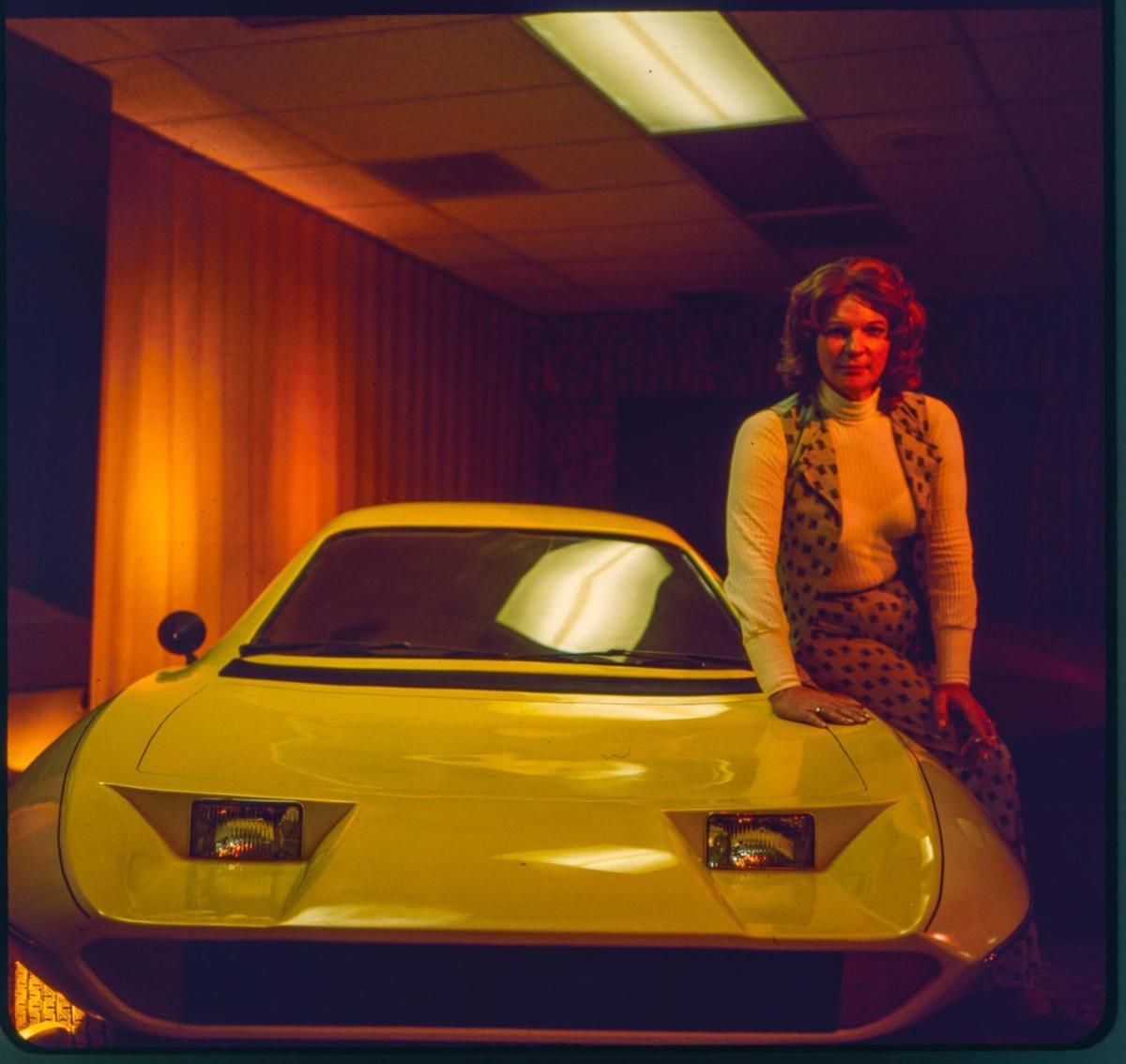 Elizabeth Carmichael and her company's star automobile, the Dale.

In the 1970s, transgender woman Elizabeth "Liz" Carmichael became a media sensation, turning up on newspaper front pages and television screens across the country promoting the Dale, a three-wheeled, ultra-light, inexpensive car designed to go 85 mph and get 70 miles to the gallon.

Hundreds of orders for the Dale, which sold for about $2,000, poured into the Twentieth Century Motor Car Corp. that Carmichael put together in her self-stated bid to challenge General Motors, Ford and Chrysler and become the biggest carmaker in America.

But the buyers didn’t receive their cars. The Dale was never manufactured.

The whole operation was another scam by Carmichael, who, when living as Jerry Dean Michael, was constantly on the run from the law for, among other cons, counterfeiting $5, $10 and $20 bills.

If Bruce Springsteen spent his Sunday in Nebraska, those who would know aren’t talking

Carmichael’s long-forgotten story and that of the car that never was is being told in the HBO docuseries “The Lady and The Dale.” The third episode in the four-part series will begin streaming on HBO Max on Friday and will air on HBO on Sunday.

“I’ve watched the first couple episodes,” said Tim Matthews, curator of the Speedway Motors Museum of American Speed. “I know times were different in the ’70s, but just to imagine somebody getting away with so much and keeping it going. It’s unbelievable.”

Almost as unbelievable is that one of the only three Dale prototypes found a home at the Lincoln museum.

It's the “space car,” the early version of the Dale that was photographed for sales brochures and advertising.

“It has the most fabulous look to it,” Matthews said. “It doesn’t have an engine or interior. It’s basically a sculpture.”

The prototype that was driven on the ill-fated test drive that spelled the end of the project is in the hands of a private collector.

“No one’s seen that car for a while,” Matthews said. “It really has disappeared.”

So how did the Dale, which was named for the designer from whom Carmichael purchased the prototype, end up nearly 1,500 miles from Los Angeles?

The story goes back to the mid-70s and hot-rodder Dean Moon, the founder of parts company Moon Speed Equipment and a longtime friend and colleague of “Speedy Bill” Smith of Speedway Motors.

“Dean Moon was really interested in the whole Dale-Liz Carmichael thing. He really wanted to get his hands on a car so he could create a chassis, make a kit car, sell the thing,” Matthews said. “He found out one of the prototypes was sitting on top of a muffler shop. He bought it, took it down, fixed it up and started doing photo shoots with nude models and all kinds of things.”

As Moon set about creating a car kit from the prototype, however, he discovered that the Dale scam was too recent and far too hot to manufacture a kit in California. So he called up his buddy Speedy Bill.

“He said, “Bill, you have a fiberglass shop. What do you think?’" Matthews said. “Bill had the same thought. He’d build a kit car based on the prototype at his fiberglass shop in downtown Lincoln.”

So Moon shipped the Dale east. It arrived in Lincoln on July 1, 1975. But nothing else happened with the car or a kit.

“They soon realized there wasn’t enough there to work off of,” Matthews said. “So it went into museum storage.”

That’s where the Dale had stayed, until this week, when “The Lady and The Dale” prompted museum staff to take it out of mothballs.

“We brought it out of storage this morning and pushed it into the museum,” Matthews said Wednesday. “As it was coming out of the trailer, I was thinking of the people who worked on this, who came up with the design. It’s an interesting-looking thing.”

Looking at the Dale, it’s also obvious that it wouldn’t work as an operating motor vehicle. Its design, with two wheels in front and one in back, lightweight body and BMW motorcycle engine made it easy to shift enough weight and torque to tilt the vehicle onto two wheels and, likely, turn it over.

That’s exactly what happened when the prototype with the engine was taken on a test drive for a group of Japanese investors, on whom Carmichael was counting to inject the cash needed to begin manufacturing the Dale.

When it tipped onto two wheels, the investors were out, the Dale was effectively dead, and, within a few months, the prototype was in Lincoln gathering dust.

The Dale’s now sitting in all its bright yellow glory in the center of the Museum of Speed, awaiting its first public viewing in Lincoln.

“We’re still closed,” Matthews said. “But we’re going to be open again on April 1. We want people to come out and see it. It really has an amazing, crazy story.”

Frank Bonner, star of 'WKRP in Cincinnati,' dead at 79

It's a picture about living through a pandemic — which either makes it a right-on-time want-to-see, or don’t-need-to-see film. Skipping it, however, would be a mistake.

The late African music icon Fela Kuti is the biggest surprise on the list of 16 Rock & Roll Hall of Fame nominees announced Wednesday. The list includes six women and the all-female band The Go-Go's, the most women ever nominated in a single year.

Wilson’s edgy art is now much desired by underground comic art collectors and has found its way into museums, including the Sheldon Museum of Art, but he also did illustrations for Hans Christian Andersen and The Brothers Grimm fairy tales.

Magic in the time of COVID: Mike Super brings his socially distanced show to Lied on Saturday

Magician Mike Super lost more than 100 scheduled shows last year. So he revamped his act to fit COVID-19 health and safety guidelines and it's back on the road, playing the Lied Center Saturday.

Although they don’t feel that there have been big differences in their lives since the show started, they have changed. Being constantly followed and recorded has made them more mindful about everything they do.

Grant Wood's 1931 masterpiece "Portrait of Nan," a picture of his sister he painted to make up for her less-than-flattering portrayal in "American Gothic" is now in Lincoln, brought from New York to the city by Kiechel Fine Art.

Speedway Motors' Museum of American Speed is one of the top museums dedicated to cars and racing in the country, drawing visitors from around the world, but relatively few people from Nebraska. It is looking to change that.

Elizabeth Carmichael, founder of the Twentieth Century Motor Car Corp. and its much touted vehicle, the Dale.

Elizabeth Carmichael and her company's star automobile, the Dale.