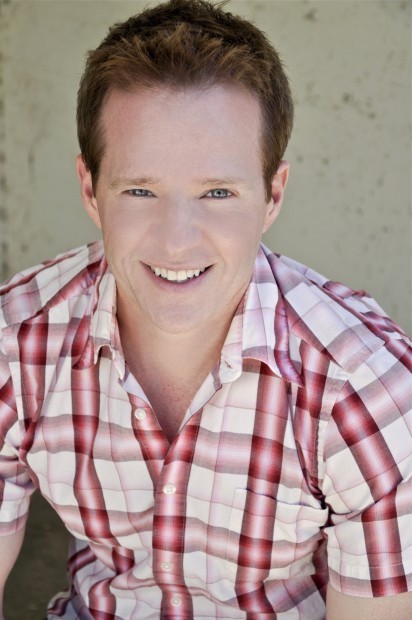 Nebraska native Tim Schlattmann is a co-executive producer of "Dexter," the Showtime series that returns for a new season on Sunday. (Courtesy photo) 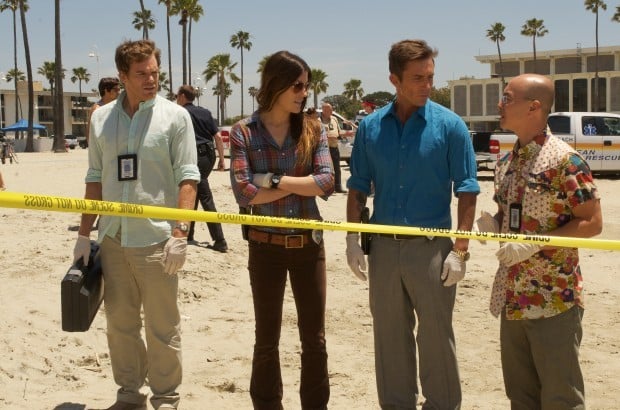 Michael C. Hall stars as Dexter (from left), Jennifer Carpenter as Debora Morgan, Desmond Harrington as Joey Quinn, and C.S. Lee as Vince Masuka in the first episode of the sixth season of Showtime's "Dexter," which airs Sunday. (Showtime) 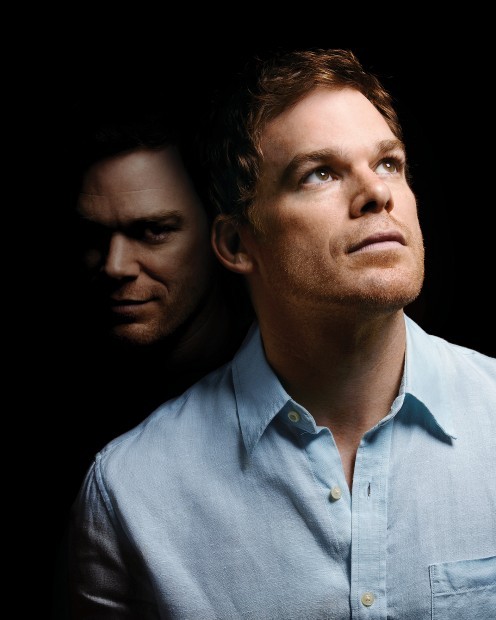 On Nov. 13, Showtime will air an episode of "Dexter" titled "Nebraska."

So does the drama have a connection to the state?

Yes, it does, and his name is Tim Schlattmann, a series co-executive producer who was born in Grand Island, grew up in Kearney and has been with the Emmy-nominated drama from the beginning.

Now in its sixth season, "Dexter" chronicles the life of Dexter Morgan, a blood-splatter expert for the Miami police department who also is a serial killer of serial killers, grappling daily with the "dark passenger" inside of him.

"I think one of the reasons our show is as successful and critically acclaimed as it is is because when you peel away all the layers of the show, it really is about the human condition," Schlattmann said in a phone interview from Los Angeles, where the series is filmed. "You identify with this character even though you may find what he does reprehensible."

Schlattmann, 48, couldn't confirm if the title character will bring his sharp knives to the heartland in episode seven.

"All I can say is it's a mystery, and one of the characters will be traveling to Nebraska," he said.

So why Nebraska? Schlattmann confessed "Dexter" writers do more than write during their sessions together.

"You share a lot of information about your own life and your own background," he said. "Everybody knows I'm from Nebraska. They know that through and through and have heard many stories about growing up in Kearney and going to UNK, or at that time, Kearney State College."

When Schlattmann graduated from Kearney State in 1985, a career in television wasn't even on his radar.

Radio was. He wanted to be a DJ in the worst possible way.

He worked at a Kearney radio station during college, going full time for a year after graduation. Radio, however, began to lose its appeal. The life of a radio personality is transient, and Schlattmann wasn't keen about having to move from city to city to succeed.

He returned to school, earning a master's degree in speech communications in 1988 from Colorado State University. That led to a job teaching at Washburn University in Topeka, Kan., for three years.

"I really enjoyed teaching, but I didn't have that other experience," he said. "I was looking at my students who were graduating and wondering, ‘Did I really push myself? Did I reach for the brass ring?' I realized I didn't."

So he packed his bags, loaded his dog into his car and moved to Los Angeles in July 1991, hoping to break into the television industry with no experience.

"I knew from a numbers aspect that there were more opportunities to work in television than on feature films," he said.

He was lucky. He landed a job at NBC as a production assistant -- the nice way of saying "gopher." He fetched coffee, delivered scripts, etc., but he was learning.

"I was seeing in front of me how a television show was put together," he said.

Within a year, he became a writer's assistant. He spent a year and half on "Roseanne," where he earned his first writing credit.

"I was writing in my spare time," he said. "I started to give my material to my fellow writers to get feedback -- critical feedback from people doing what I wanted to do, which was really invaluable."

He improved -- so much so, his burgeoning talent landed him an agent. His first full-time staff position was on the FOX comedy "The Crew" (1995-96). His first full-time writing job was with FOX's "Get Real" (1999-2000), which featured young actors Anne Hathaway and Jesse Eisenberg.

"It just goes to show that sometimes you can have a show on the air that has talent in terms of its acting and good writing," he said. "We were on for a full season, but the audience quite wasn't there, so FOX didn't pick it up."

Schlattmann went on to other projects -- "Smallville" (The WB) and "Dinotopia" (ABC) -- when "Get Real" executive producer Clyde Phillips sent him the "Dexter" pilot and the Jeff Lindsay novel from which the series was adapted.

"He was on the fence whether he wanted to tackle something like this," Schlattmann said. "Six years ago, the idea of doing a show like this was really out there."

Schlattmann was quick with a reply.

"I told him, 'You don't have to hire me, but you have to do this show,'" Schlattmann said. "I just saw so much potential to explore the human condition through the unlikeliest of characters, which is a serial killer."

Phillips hired Schlattmann, who has worked his way up from staff writer to co-executive producer. He and his co-workers have earned "Dexter" three straight Emmy nominations for best drama series.

"This question that frames this season is that Dexter knows what he doesn't want to pass on to his son, but he doesn't know what he should be passing on," Schlattmann said. "Having a child changes your life profoundly. It's not about you; it's about them. Sure enough, Dexter is going through that same kind of progress."

It may or may not include a trip to Nebraska. Stay tuned.

Nebraska native Tim Schlattmann is a co-executive producer of "Dexter," the Showtime series that returns for a new season on Sunday. (Courtesy photo)

Michael C. Hall stars as Dexter (from left), Jennifer Carpenter as Debora Morgan, Desmond Harrington as Joey Quinn, and C.S. Lee as Vince Masuka in the first episode of the sixth season of Showtime's "Dexter," which airs Sunday. (Showtime)